This week on the Nintendo eShop, we direct the jury’s attention to Phoenix Wright: Ace Attorney Trilogy ($29.99). The high definition anthology of the crusading barrister’s first three adventures launched in Japan at the end of February, and now comes west on April 9.

The trilogy comprises Ace Attorney (originally launched 2001 on DS), Justice For All (2002) and Trials and Tribulations (2004). These three have been rounded up before, in anthologies for mobile platforms and Nintendo 3DS. This collection will include high resolution artwork and an updated user interface. (It’s also available for Xbox One, Windows PC and PlayStation 4.)

The week’s other highlight is the portmantastic Mechstermination Force ($11.99, pictured below) a platforming boss rush in which players lead a team trying to rid the earth of an enormous robot menace. 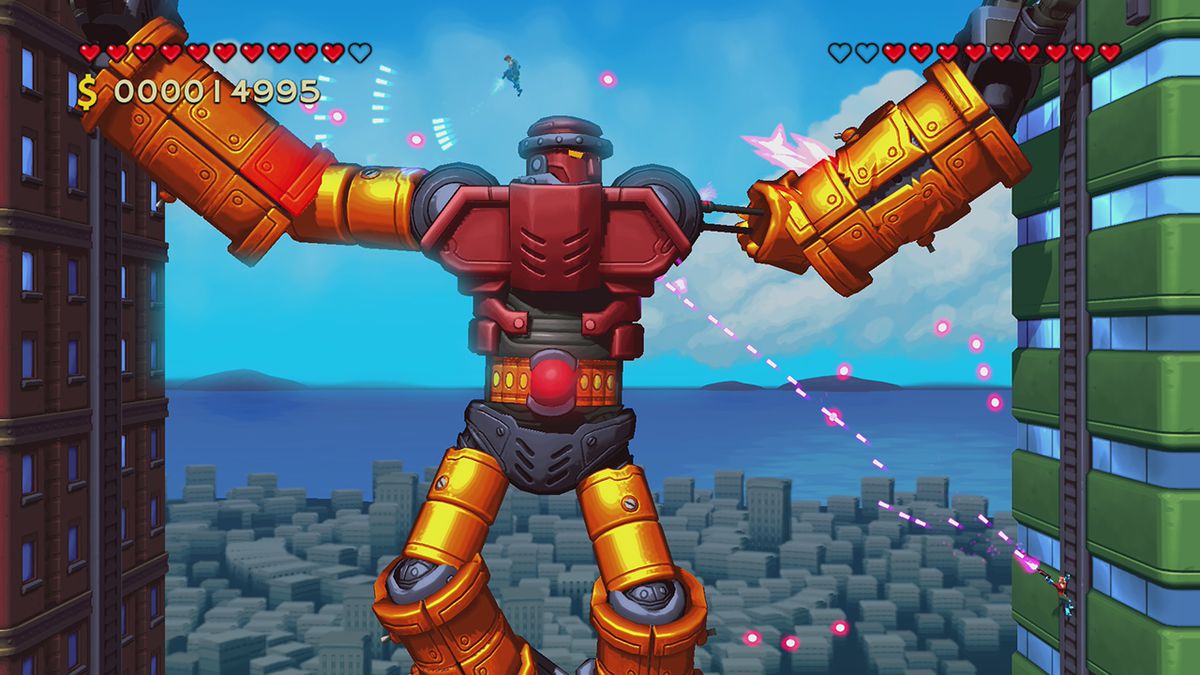 The full list of new additions to the Nintendo eShop this week is below.