Nintendo doesn’t have a great track record when it comes to wireless audio support for the Switch, but Gaming accessory manufacturer SteelSeries claims to have come up with a solution. Its newest headset, the Arctis 1 Wireless, is being billed as the “first truly wireless headset for Nintendo Switch,” thanks to a sleek little USB-C dongle.

The Arctis 1 Wireless headset uses SteelSeries’ “lossless 2.4GHz wireless technology” to connect to the Nintendo Switch via a small dongle. That also means it can be used on PC, PS4, Android and, with an included 3.5mm cable, plugged into any device with a headphone jack, such as Xbox One controllers.

While other companies have released devices to solve the Switch’s wireless audio issues — I’m a fan of Bionik’s BT AudioSync — most of them use Bluetooth, which can introduce lag. This headset is meant to eliminate that noticeable delay; according to our colleagues at The Verge who tried out the Arctis 1 Wireless, it does exactly that.

Along with the USB-C dongle (and a USB-A adapter for docked play or PS4 support) the Arctis 1 Wireless comes with a detachable mic, in contrast to the retractable version in previous Arctis models. It’s another indication that SteelSeries intends the Arctis 1 Wireless to be more mobile and versatile than most gaming headsets. 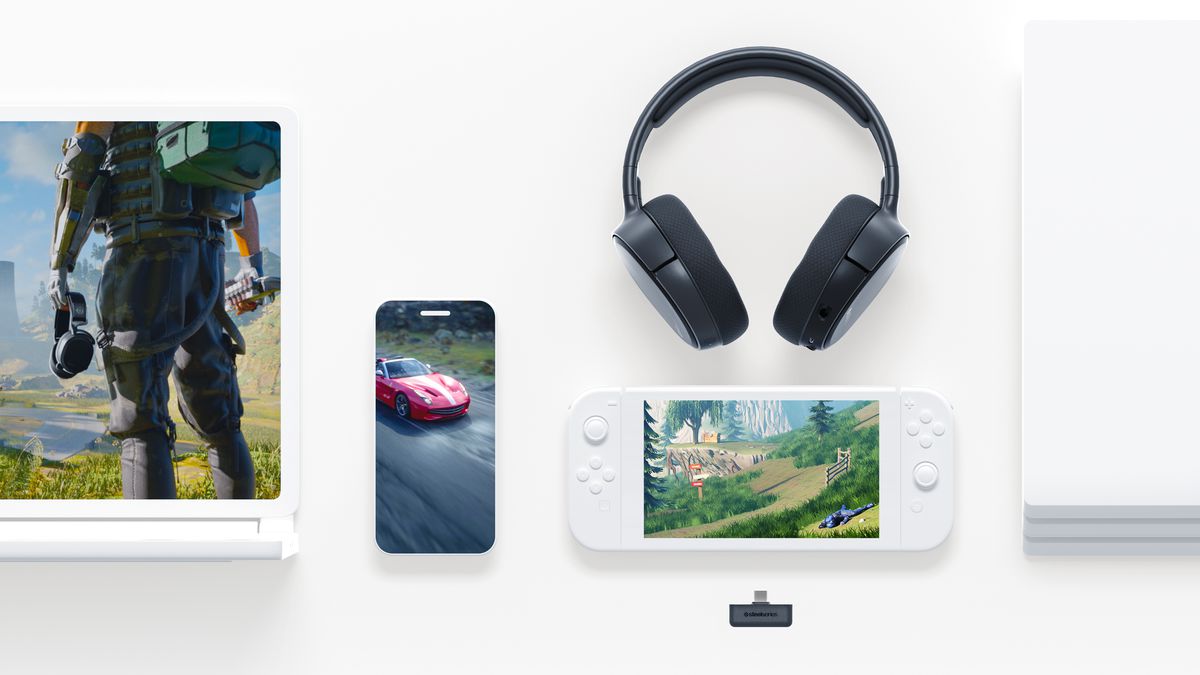 Sure, a dongle isn’t the most elegant solution, but it’s the best we can do until Nintendo adds wireless headset support to the Switch. And SteelSeries’ dongle is one of the sleekest and least conspicuous audio dongles we’ve seen.

Nintendo has already confirmed that the upcoming Switch Lite will also lack wireless headset support, but it’s unclear at this point whether it will allow for audio output via its USB-C port.

The SteelSeries Arctis 1 is available now at SteelSeries’ website for $99.99.