Digital Extremes is gearing up to launch the Empyrean expansion to Warframe, which will add large scale combat. “The Old Blood” update is all about setting the stage for Empyrean, and two big boys are headlining the show.

The Old Blood reworks the Vauban and Ember Warframes, changes the melee system, and adds new cosmetics. However, I’m in awe at the size of two absolute units who took center stage in the new content.

How to get into Warframe

Grendel is a Warframe that is less like a sleek mecha and more like a nightmare Kirby. Grendel’s got a big mouth in his tum that he can use to inhale and munch on enemies. He will be attainable via platinum, Warframe’s preminum currency, in a bundle at launch. Players will also be able to acquire Grendel without paying by earning each individual part of his blueprint and then constructing him at a factory.

Warframe is never afraid to go over the top; the game blows past “grimdark” into “amazing” by having enemies like this new lad: the Kuva Lich. The Kuva Lich is a personalized nemesis who hunts down players. Whenever a player uses their abilities or Warframes against a Kuva Lich, the Lich will adapt and absorb those attacks and come back stronger. 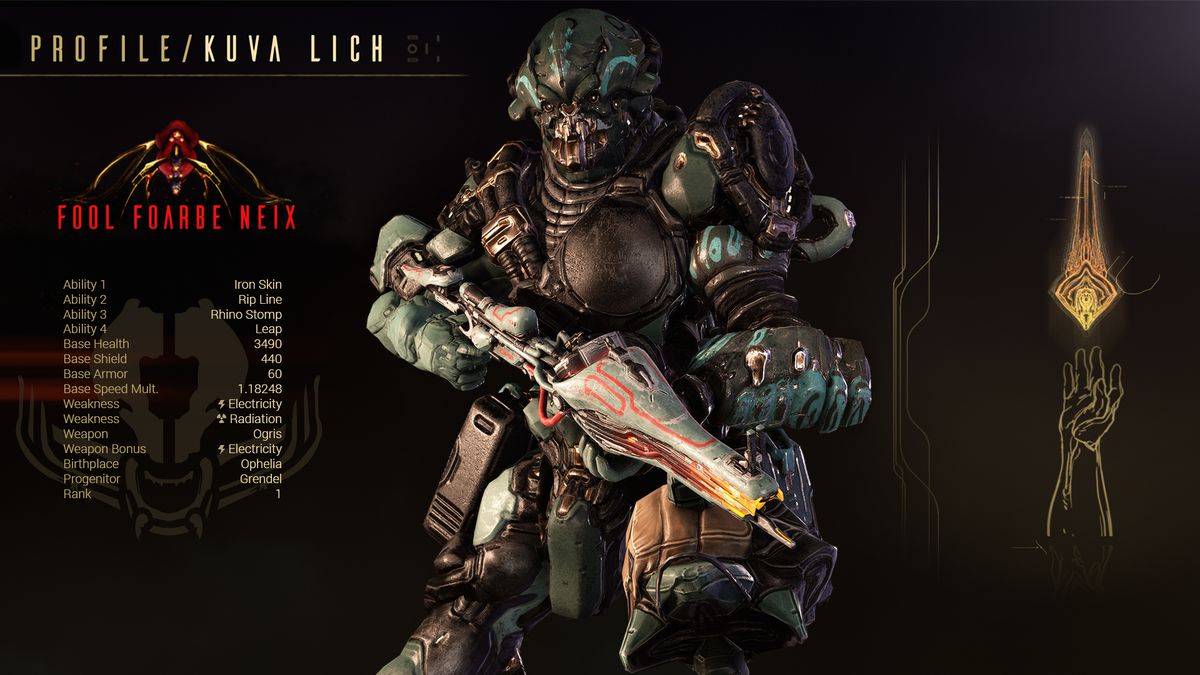 The Kuva Lich will be available in standard planet side missions, but he will also play a big part in Empyrean. He was originally revealed at Tennocon 2019 as part of that expansion, but he’s being unveiled a little bit early so he can start hunting players. There will be a quest to figure out how to stop him — as well as a new data blade that might be able to put him to rest for good.

While there’s a lot to like about this update, especially since it goes back and refines older content, I have to admit I’m still pretty worried about Grendel. He’s eating them! And then he’s going to eat me!

The Old Blood will be available on PC “soon”, and the console update will follow.