Nintendo Executive Officer of the Entertainment Planning and Development Division Takashi Tezuka has been with the company since 1984. He has served as Director and Producer on 2D games in the Super Mario series, 2D games in The Legend of Zelda series, and he’s produced the Yoshi series, Animal Crossing series, and Flipnote Studio for Nintendo DSi. Etsunobu Ebisu, meanwhile, is the Executive Vice President of Good-Feel Co., Ltd, the developer behind Yoshi’s Crafted World. Both answered a handful of IGN’s questions about the brand-new Yoshi-starring platformer, which releases tomorrow.

Our interview is presented below, but first, check out our review of Yoshi’s Crafted World, which, as you can see, we quite enjoyed!

Where did the idea to have the “flip side” of the stage come from? Did it come along later in the design process or was it part of the idea from the very beginning?

Mr. Ebisu: We had the idea of creating “flip sides” of the stages from the very beginning. This was something we’d decided on even before we gave the game world its “crafted” motif.

When the topic of creating a Yoshi title for Nintendo Switch first came up, I started thinking about how best to introduce the world to a traditional series like Yoshi, for a system with such a new concept. Nintendo Switch is a console that’s fun to play on your own, but is also fun to take outside and play with your friends. 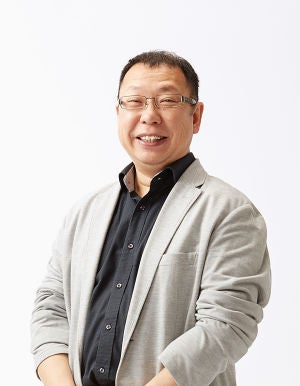 Please tell me there are plans for a felt-fabric Yoshi amiibo (perhaps a plushy, in the vein of the Mega Yarn Yoshi amiibo) planned for the release of this game!

Mr. Tezuka: We don’t have any plans to release amiibo. However, I think it would be possible to actually create many of the crafted gizmos and devices that show up in the game yourself. This gets a bit into a discussion of game design, but for the purposes of playing through the world of the game, we envisioned Yoshi to be about two or three inches tall. Then we thought about the type of craft materials and components we could use to fit that scale. The milk cartons, candy boxes, and lids for bottles that you see in the game are all things we made up, but their size and design are based on their real-world corollaries. Some players might really enjoy creating their own collection of craftwork contraptions. Also, paying close attention to all the objects and materials being used while you play will help you appreciate the unique look and feel of this game to its fullest.

Ryan McCaffrey is IGN’s Executive Editor of Previews. Follow him on Twitter at @DMC_Ryan, catch him on Unlocked, and drop-ship him Taylor Ham sandwiches from New Jersey whenever possible.