Discovering not only what we love, but also who we want to be, is a pivotal time in our adolescence. 198X, a short coming-of-age game out now on Steam, captures that period in a series of 16-bit-style video game minigames and experiences.

In this first part of this episodic journey, I follow the story of the game’s main character, only known as The Kid. As I experience their growing disillusionment with suburbia and the discovery of a secret arcade, I’m shown glimpses of their life through a series of playable vignettes. Each of these minigames mimics the style of classic arcade games like R-Type and Final Fight, but with simplified levels that act like a distilled essence of the original. These minigames act as chapter markers, highlighting a different phase of The Kid’s emotional growth and longing to get out of the suburbs.

The Kid is a suburban teen, living on the outskirts of “the big city,” desperate to break out of their dreary little town. Homelife issues underpin their greater desire to get away to a brand new life. The Kid’s narration throughout the gorgeously animated, pixel-art story segments drips with melodrama and sincerity. Who doesn’t look out their bedroom window toward the gleaming lights of the bustling city and wonder if there’s something more for them out there? Didn’t we all feel like the world was a bigger, more interesting place once we discovered video games?

Complementing the stylish, animated pixel art and emotional voice acting are the minigames that further 198X’s story. Each one is designed to heavily reference a classic video game to the point where they are immediately familiar. The beat-’em-up lets you do a special move if you hit the attack and jump button together, just as I expected. The shoot-’em-up has charge shots and power ups. The driving game has its accelerate and braek buttons where I knew they’d be. None of the controls are ever explained, yet I was able to use my muscle memory for each of the game’s inspirations to get me through. Even though I’ve never played 198X before, it felt like I’ve been playing its minigames my whole life. I kind of have been. 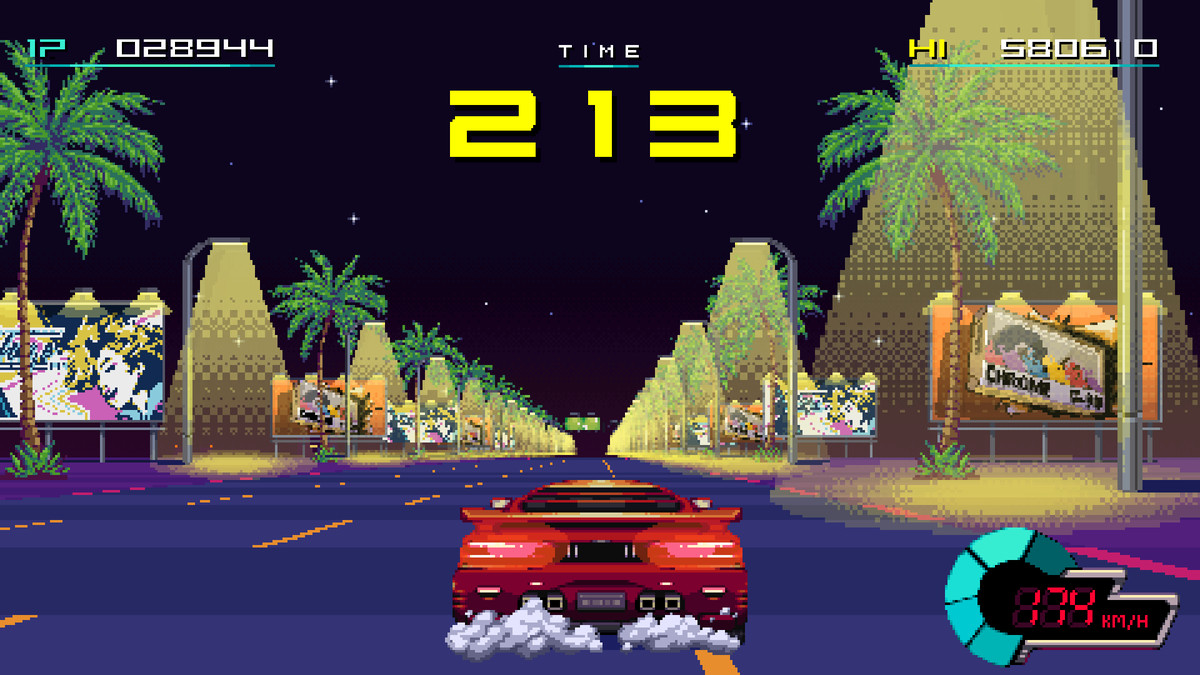 198X’s Out Run-inspired minigame, The Runaway
Hi-Bit Studios via Polygon

These gameplay vignettes heighten the themes in each of the game’s short chapters. When The Kid first discovers the secret arcade that leads to their emotional awakening, they play a futuristic R-Type clone called Out of The Void. It’s fast paced, challenging, and otherworldly. It’s the type of game that could open your mind to new possibilities if you’ve never played a video game before.

Later, as The Kid begins fantasizing about what life would be like in the big city, I play an Out Run-inspired racing game called The Runaway. Midway through the experience, The Kid narrates over the gameplay for the first time. They talk about their sincere desire to leave. They imagine what life would be like somewhere totally new. As they go on, the game’s visuals change to match the narration. The winding roads transitions to a long, streetlight-lined highway leading to a bustling city. I’m almost hypnotized as The Kid’s words drown out the tunes of the game I’m playing. But eventually, I run out of gas. 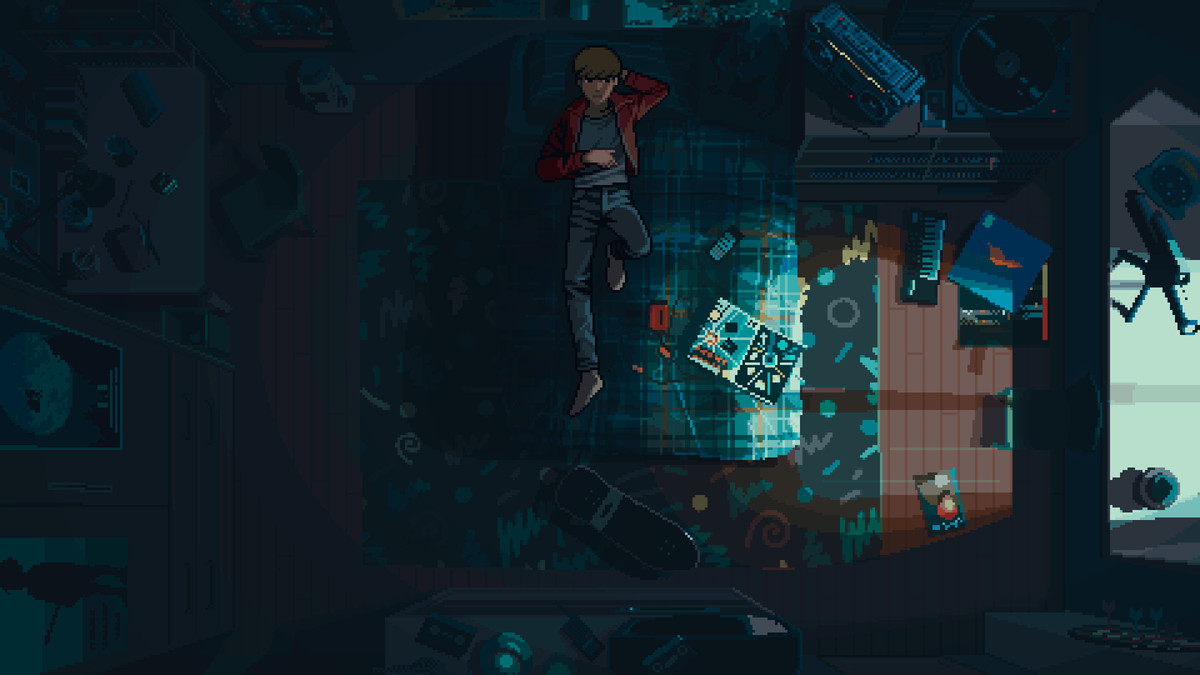 So too does 198X’s story. Granted, this release is the first in a series, so expect the story to end after about two hours, without wrapping up the full story. Regardless, the game’s expertly crafted pixel art is worth the trip. The faithful homages to classic titles are a treat. There’s so much attention to detail packed into these minigames, the real shame is that they don’t last longer. The animated sequences are also top notch, with great voice acting and stylish compositions that make me wish I was watching an animated short instead.

It isn’t clear when we’ll see the next chapter in The Kid’s story, but what we have so far is an excellent trip down memory lane. 198X is available now on Windows via Steam.