Games like Stardew Valley or Dark Souls both require a good bit of repetitive action, whether that’s gathering resources for my farm or slaughtering weaker ghouls to boost my stats. The tedium of the grind arguably makes the game’s bright moments all the brighter. But make no mistake, that tedium is tedious. Repeating the same actions over and over is not the reason I fell in love with those games.

Yet in Forager, grinding is almost all I have to do, and I can hardly pull myself away.

I take control of a plucky little character stuck on a small plot of land. Various trees, rocks, bugs, and more start appearing on the island at random. Armed with just a pickax, I hack at these objects for their raw materials and create structures that will let me turn those materials into new items. Eventually, I can craft coins with which to purchase new plots of land, expanding my playfield. 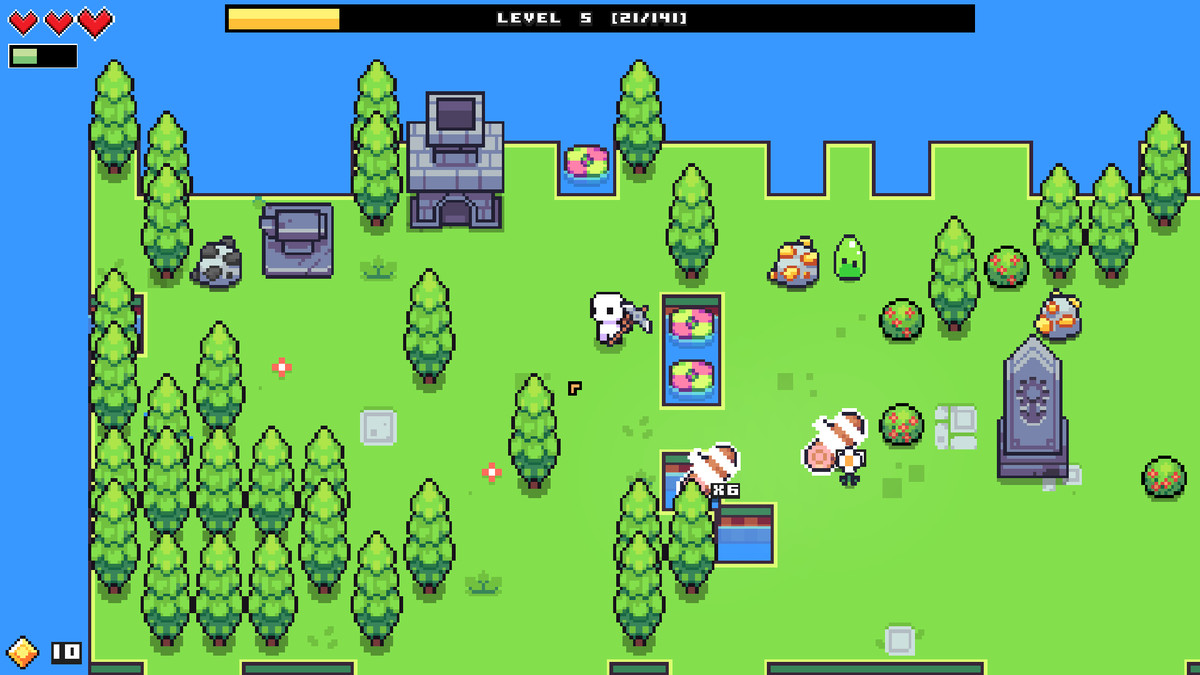 I’m not asked to slowly explore a static open world. Rather, I get to choose how the world is revealed to me. Instead of finding a new tool or passing a certain story beat to open a new area of a map, I decide how the map expands. With enough cash in hand, I can buy new plots of land from the game’s menu. What appears when I purchase a new zone is a total mystery until I put down the cash to reveal its contents. Different biomes from deserts to graveyards plop into place, and each revelation is exciting.

Sometimes the new plot merely expands upon a similar type of land right next to it — more of the same. Other times, new plots of land contain small puzzles. One has me exploring a mysterious tower whose solution is wholly figured out via visual context clues. Other times still, a new plot of land will reveal a massive and barren museum that I need to fill out with bundles of resources, like in Stardew Valley.

New areas can even reveal additional characters. However, there’s no complex co-op system or romancing involved. They often send me on simple fetch quests, with rewards as simple as a new hat or outfit to wear. Few games stick to Keep It Simple, Stupid quite like this one. 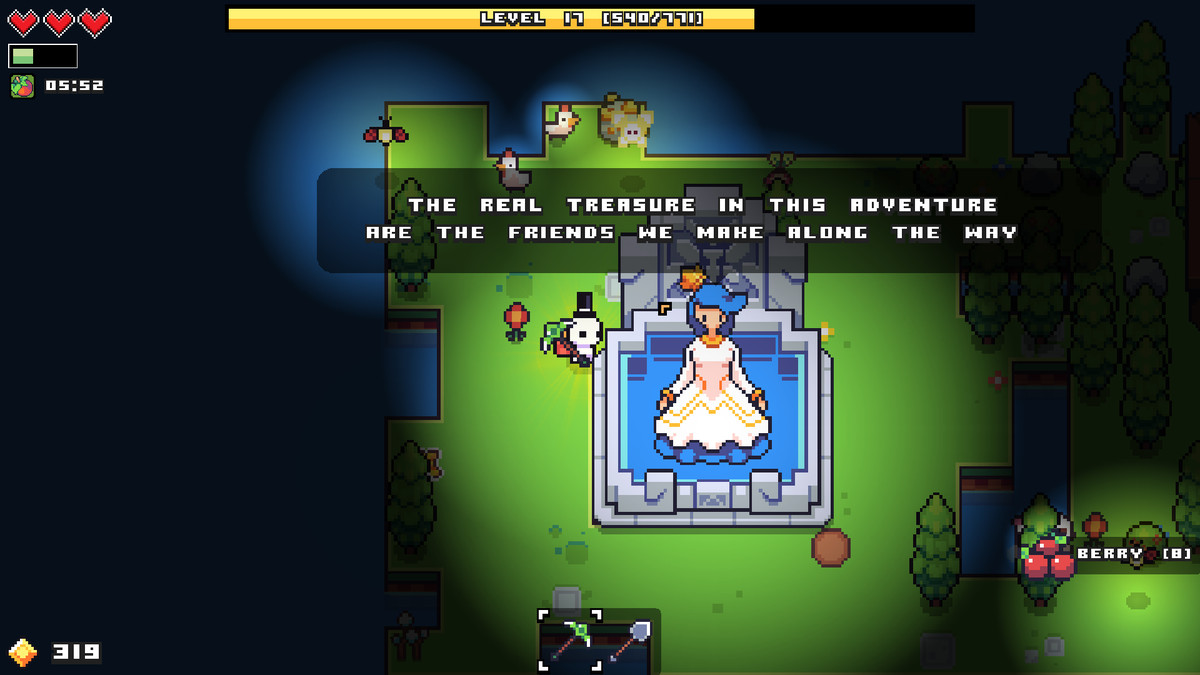 All the other characters you meet are friendly and silly.
HopFrog/Humble Bundle

The small discoveries slowly unravel as I take part in the game’s most common loop: breaking things down to make resources. Again, I usually find this process so tedious, but I’ve enjoyed how different it feels in Forager.

Instead of being found in common areas, such as a forest for trees or mines for gold, resources in Forager can appear anywhere. They do so randomly and constantly. Each space on a plot of land can generate any number of flora and fauna. Whenever I chop down a batch of trees, moments later that area might get repopulated with flowers, cows, or magical fairies. This endless rotation of resource generation has me continually running all over the map. The randomness makes exploration a reliable source of discovery, as I never know where to go to find what I need. This could be maddening, and yet, the consistency of the unpredictability is mostly playful and fun.

Mostly. Sometimes the game can get chaotic. If I leave a certain plot of land untouched for a while, it can get overrun with all sorts of resources and may even become impassable until I clear it. Crafting items like bombs can make short work of a tangled-up zone, clearing it instantly and showering me with dozens of resources all at once.

I haven’t accomplished anything grand while on my extended spree with the game, but that hardly matters. Putting in the work to expand my little world is fun because I never know what the next moment will bring. If there is an end goal to Forager, I haven’t found it — nor do I want to, not yet. I’m perfectly fine getting lost on the road to wherever.