…But it’s not. It’s really not. For all its great ideas, only a few of these concepts – namely the art and a spooky 80s mystery vibe – play out as well as you’d hope or expect. From exploration to combat, much of Generation Zero feels out of whack. Enemies can sense your presence from across a field or forest and break up a carefully laid-out ambush in an instant, and too often the resulting chaos is a jerky, janky shootout where the victor is dictated by attrition rather than skill or foresight. Likewise, progress comes slowly and it’s often unclear what you should be doing and where you should go. Moreover, all of these problems are compounded by gratuitous glitchiness – just about every kind of bug you can think of, you will likely see roaming rural Sweden. All of these problems blend into an incredibly frustrating grind in which I – whether I was playing alone or as part of a team – constantly felt like I was butting heads with the universe for every measly inch of progress (in a bad way).

Let’s talk about how Generation Zero looks and feels, which is the one thing it really nails.

Before we deconstruct things, let’s talk about how Generation Zero looks and feels, which is the one thing it really nails. I was drawn to it because of its aesthetics and vibe; in that capacity, it does not disappoint. You spend a good deal of time roaming around an abandoned region of the Swedish countryside, combing forests, farms, and towns for documents or locations that trigger missions, as well as scouring for loot hidden in toolkits and ammo boxes in every house, barn, and car on the side of the road. Some of the best moments I experienced were solitary, simply looking at sunlight cutting through the trees or gazing over a cliff at a nearby town.

There’s an impressive amount of detail in the world, especially when you get to town and start searching people’s homes for loot. The little touches, from 80s-looking band posters to neon floppy disks, all evoke a specific time and place. It’s a weird, harrowing time capsule. Of course, there’s a limited amount of these props, and over time you will see these elements repeat ad nauseum – there are dozens, if not hundreds of houses across the countryside and only a very limited number of house variations – but the setting never really lost its appeal for the roughly 24 hours it took me to beat the core story missions.

What does lose its appeal, and quickly, is not knowing anything about where you’re going. Even though the world is broken up into seven mostly separate sections with their own missions, everything feels very spread out and you receive very little guidance as to where you are supposed to go. As a result, finding individual mission locations and objectives can be very frustrating: It can take hours to find a single spot on the map if you haven’t been there before because may not be an indicator on the map pointing you in the right direction. Often, you don’t get any clue at all. Some of the missions are simply, “We know there’s a cache of weapons in some old ruins in the area.” If you haven’t seen any ruins, you’ll just have to roam around until you find them. If you’re looking for a specific person’s house, sometimes you can find it because you have the person’s last name and can check the mailbox, which is clever – but I had one mission where I only got a first name, and the indicator only shows up when you’re next door. So you basically have to search the entire town door to door. 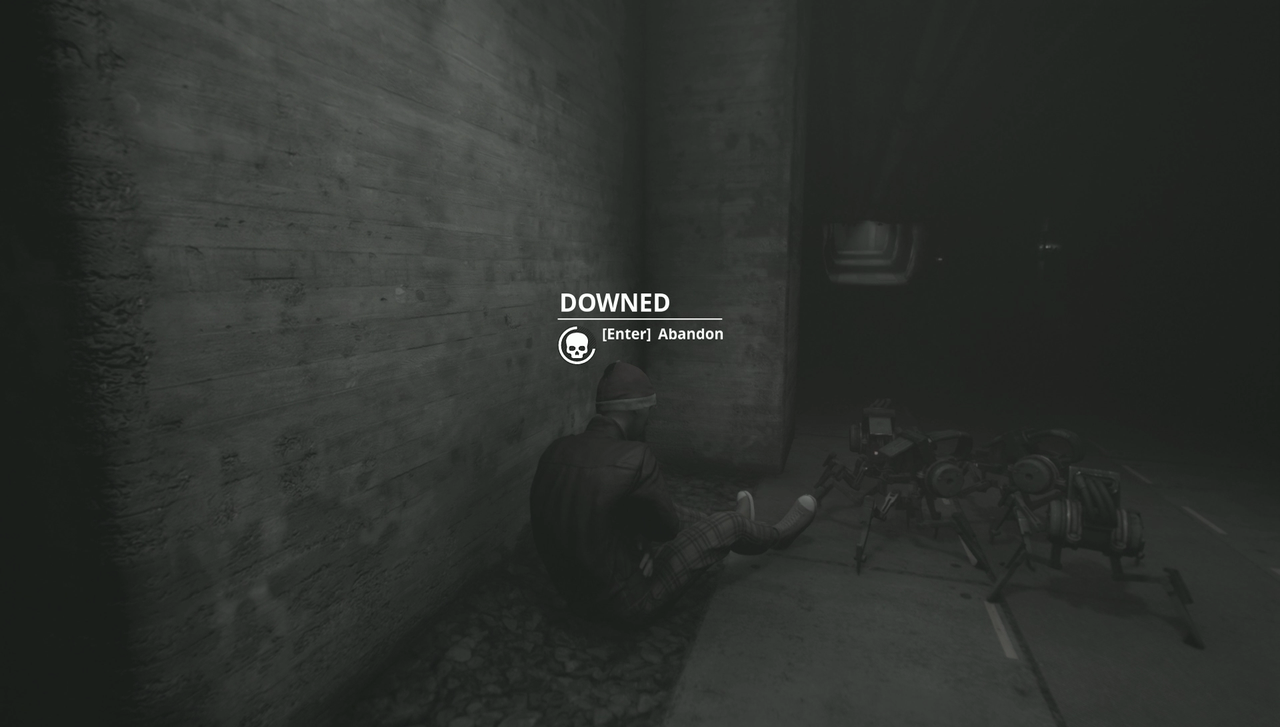 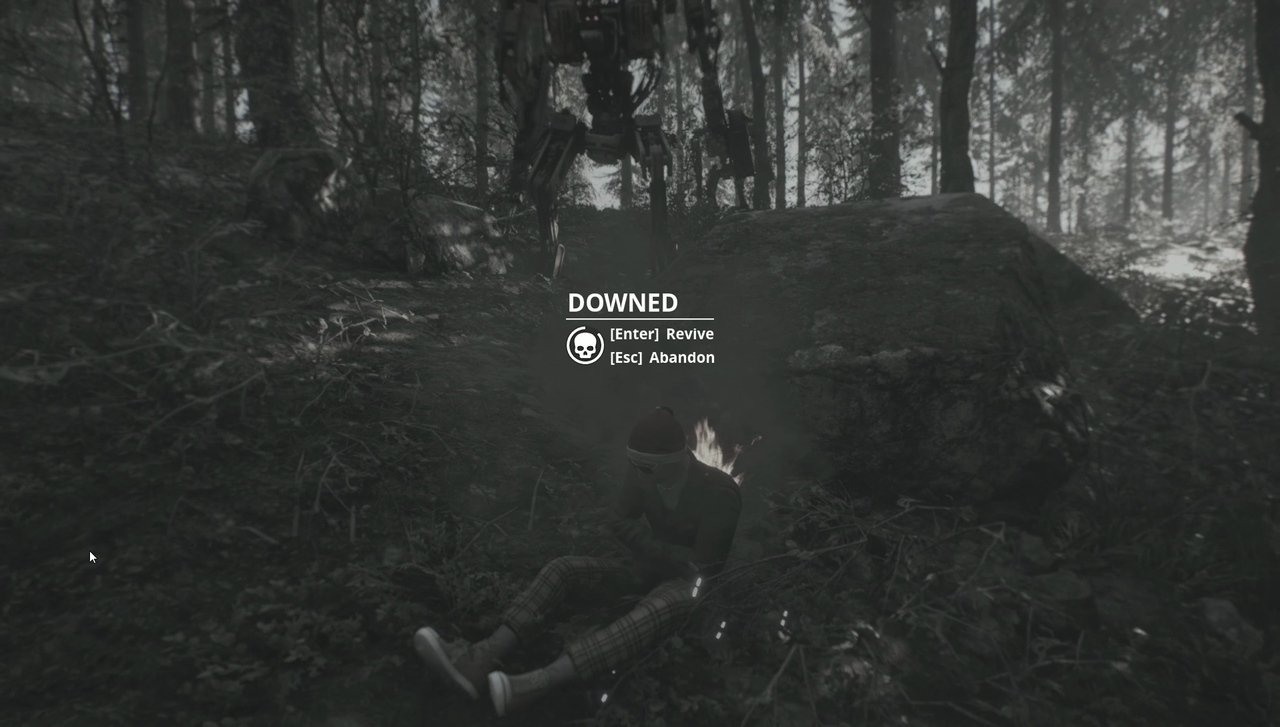 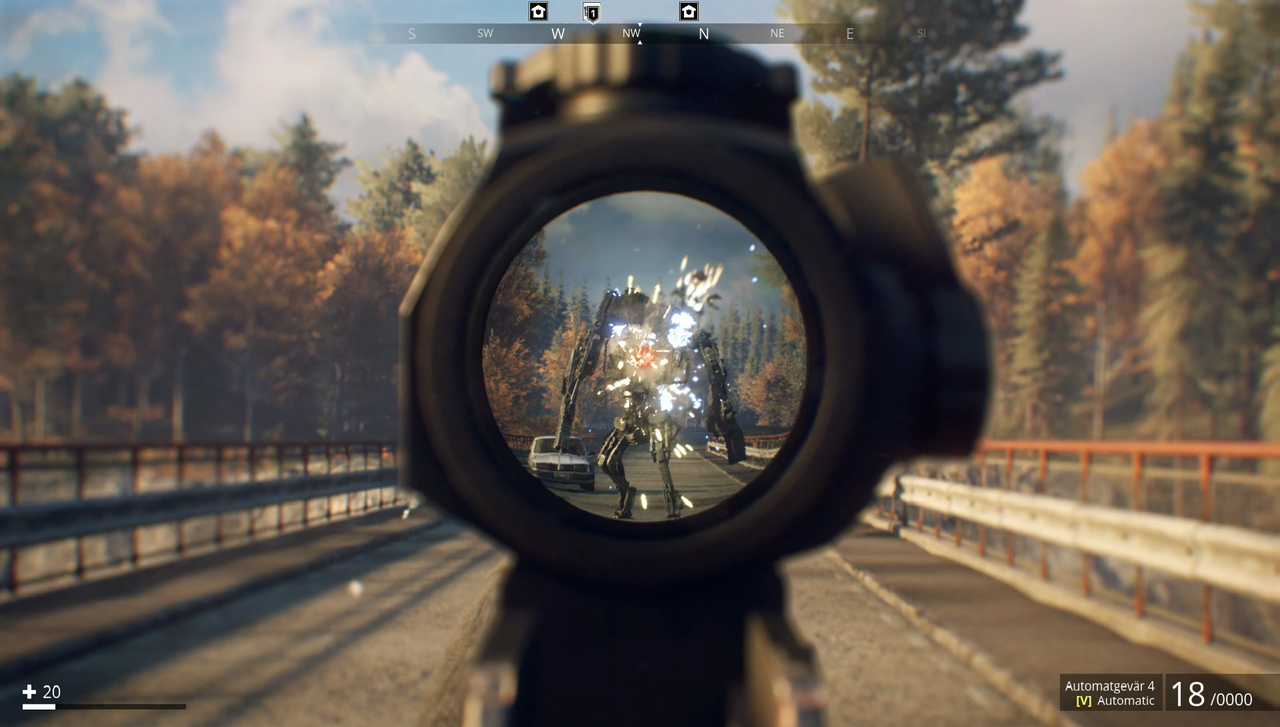 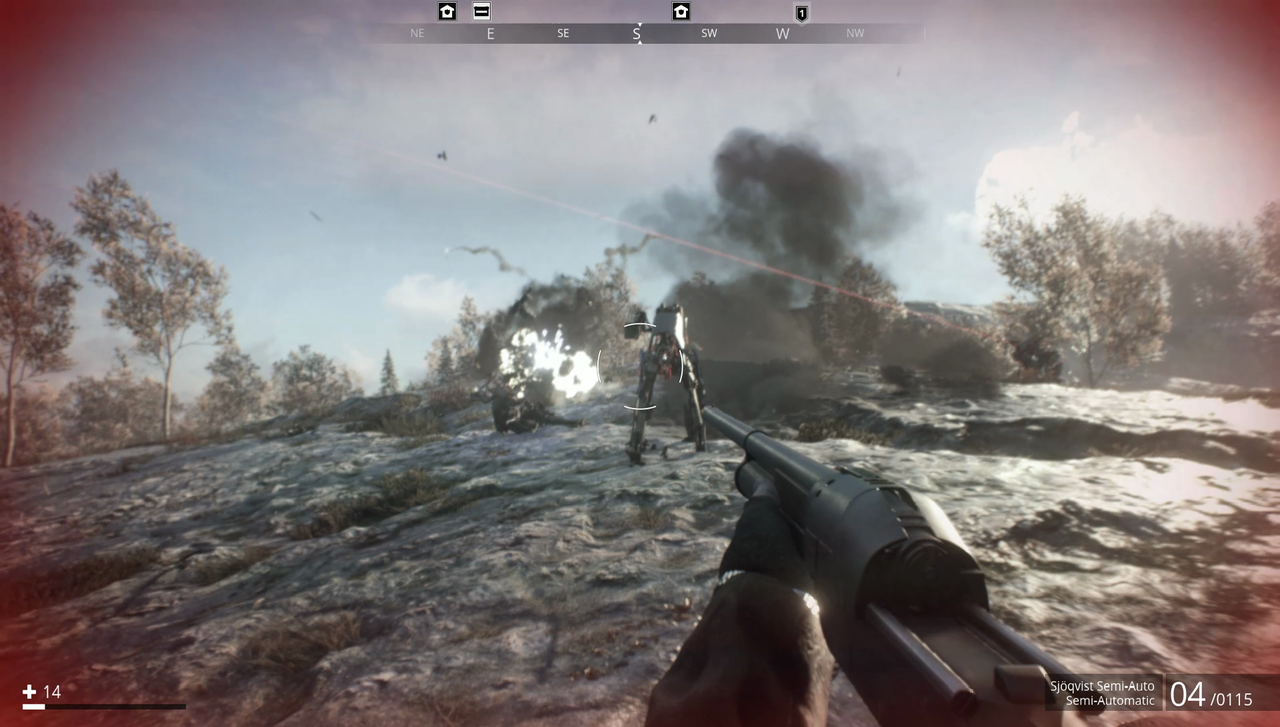 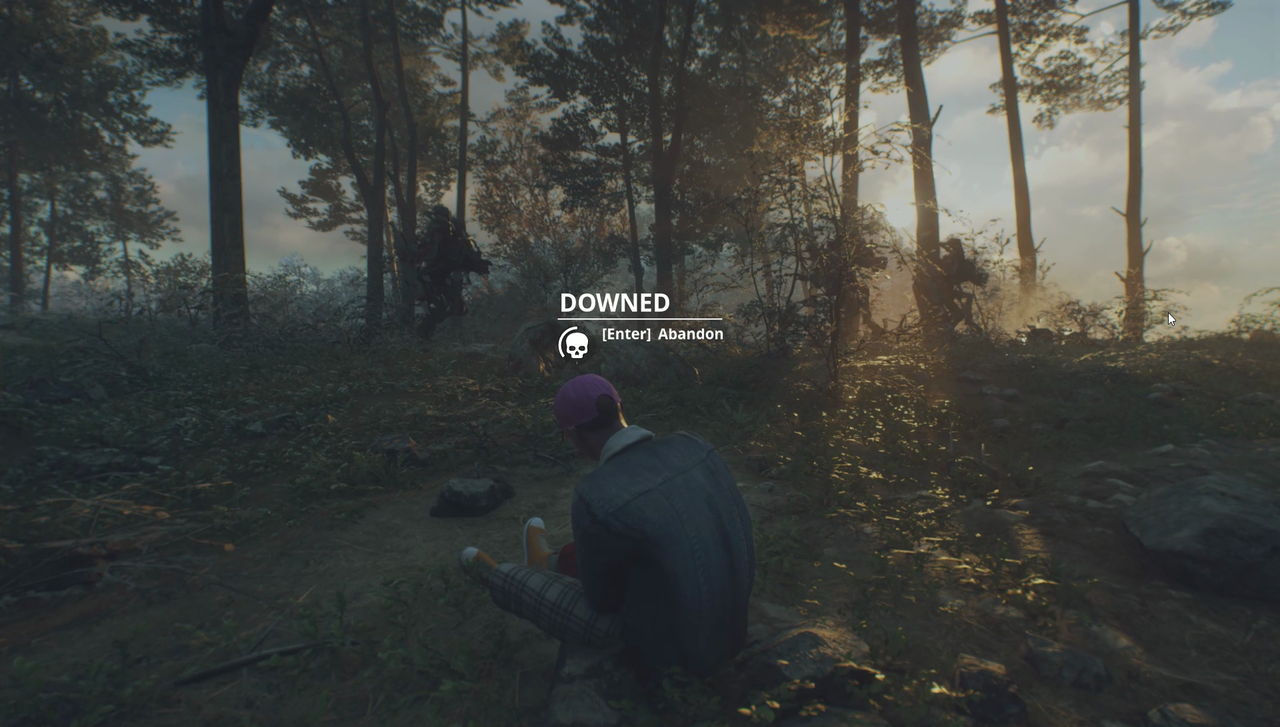 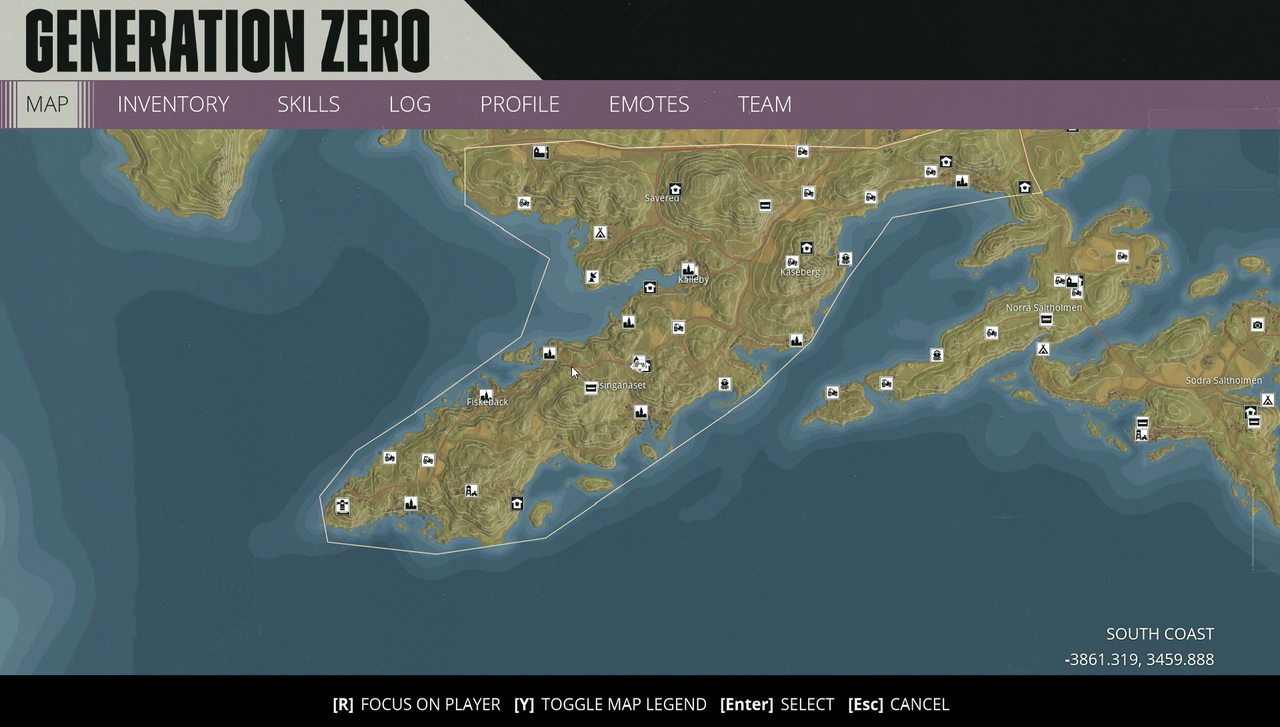 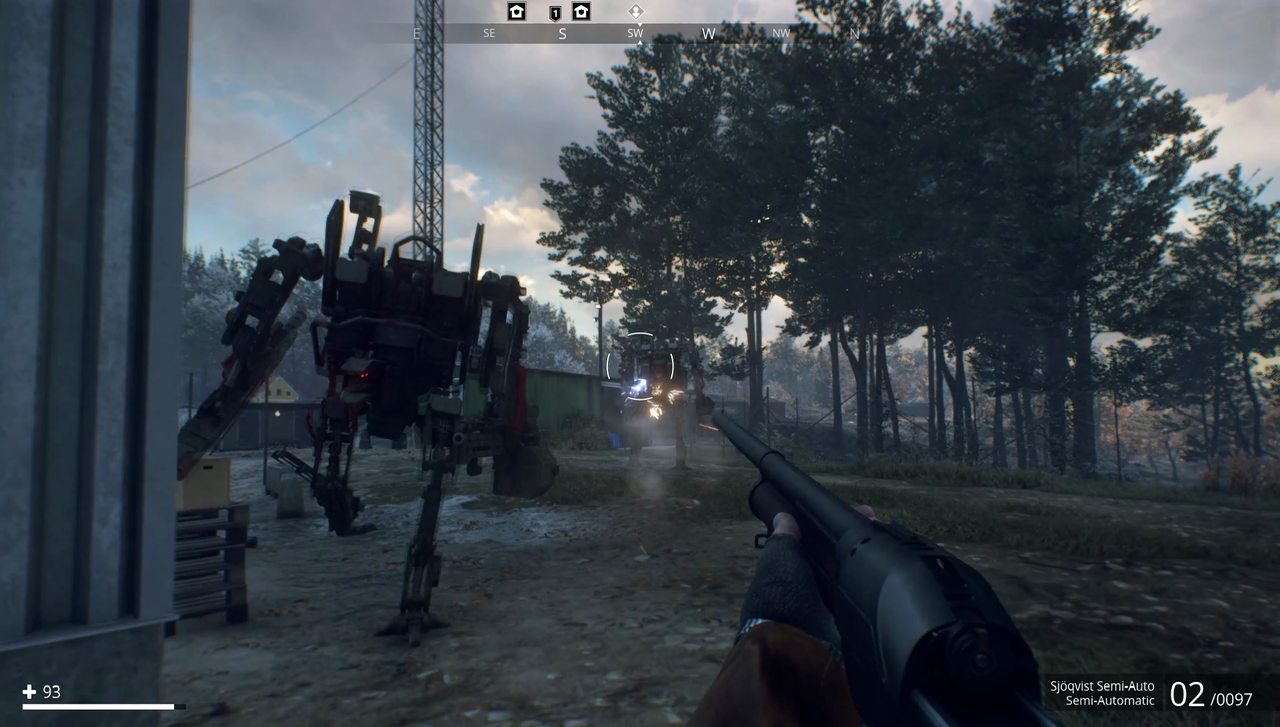 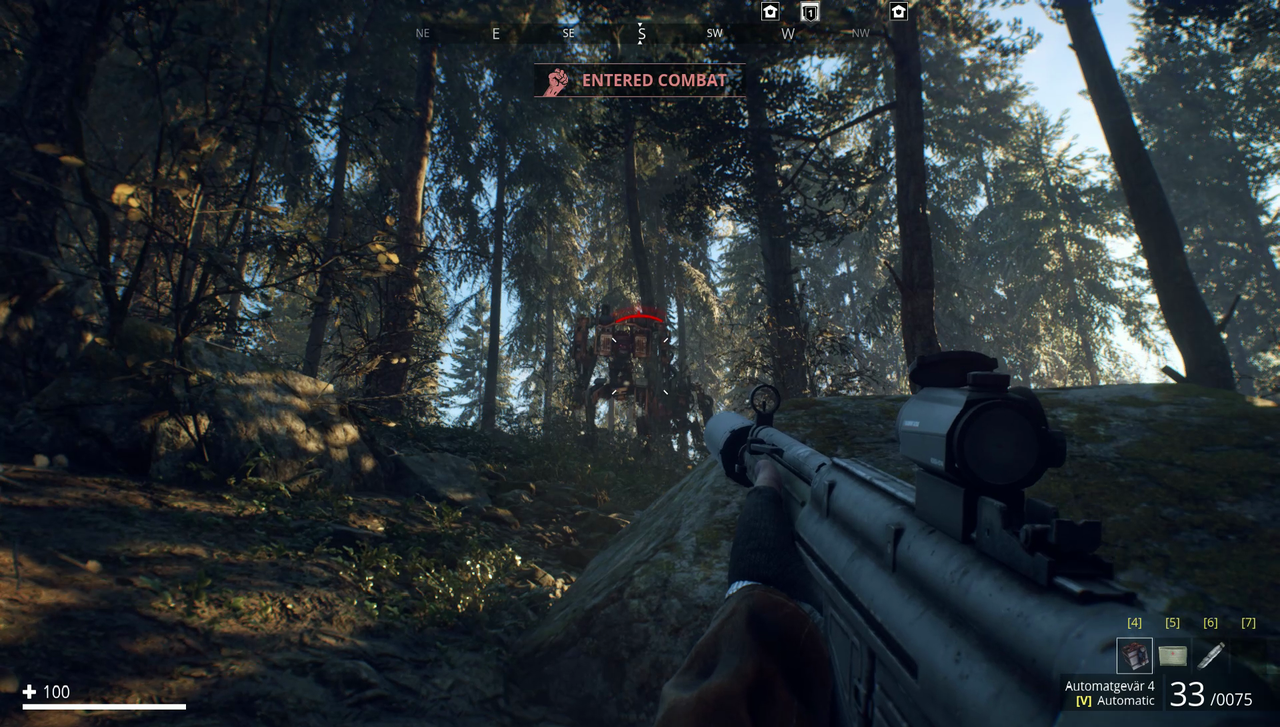 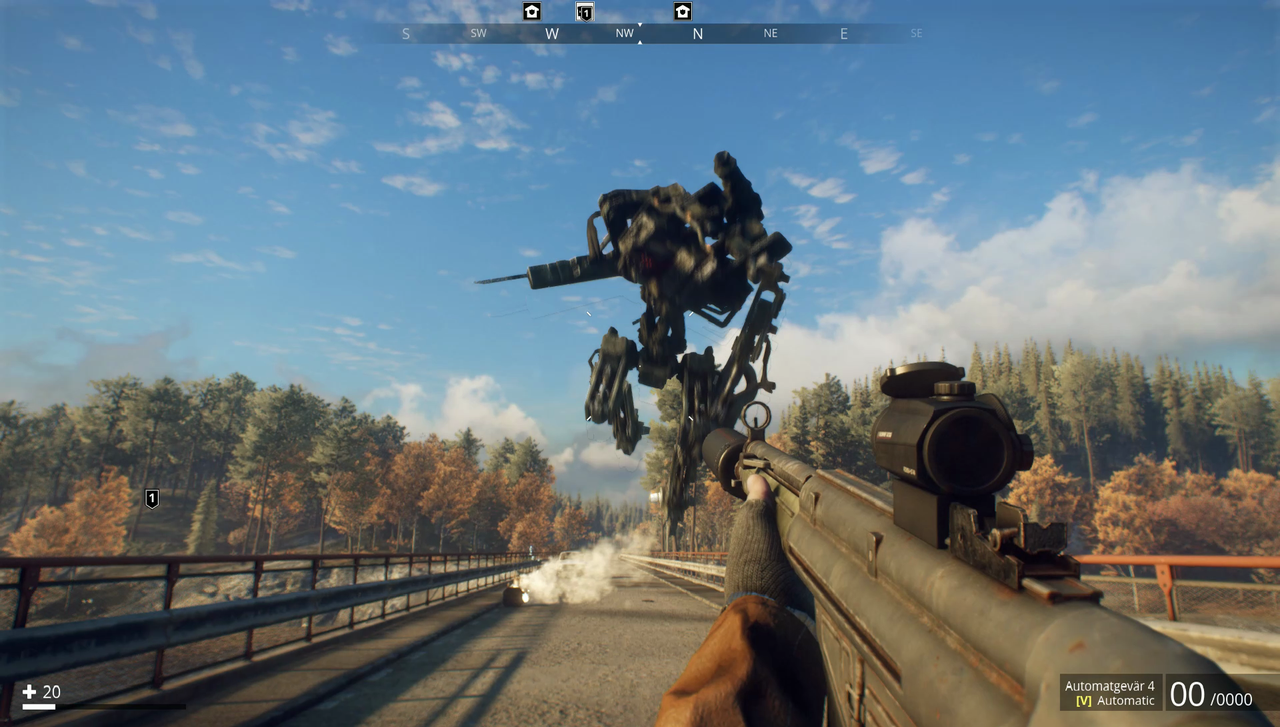 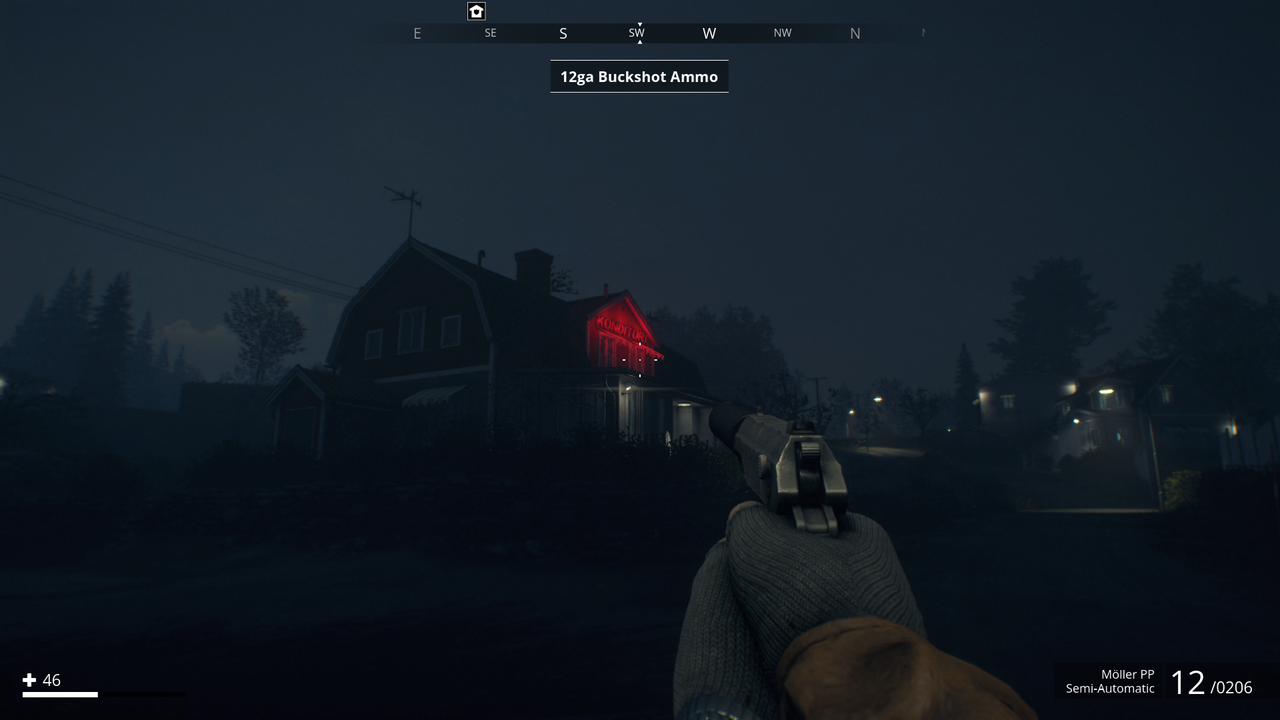 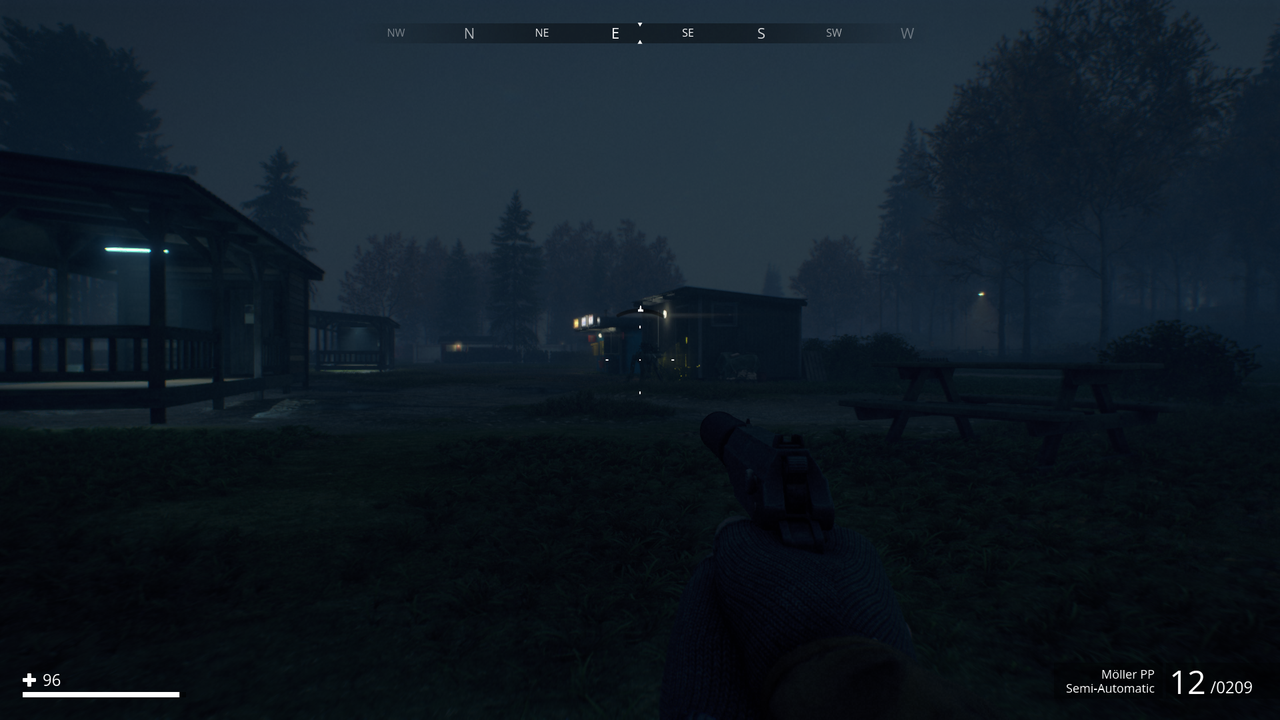 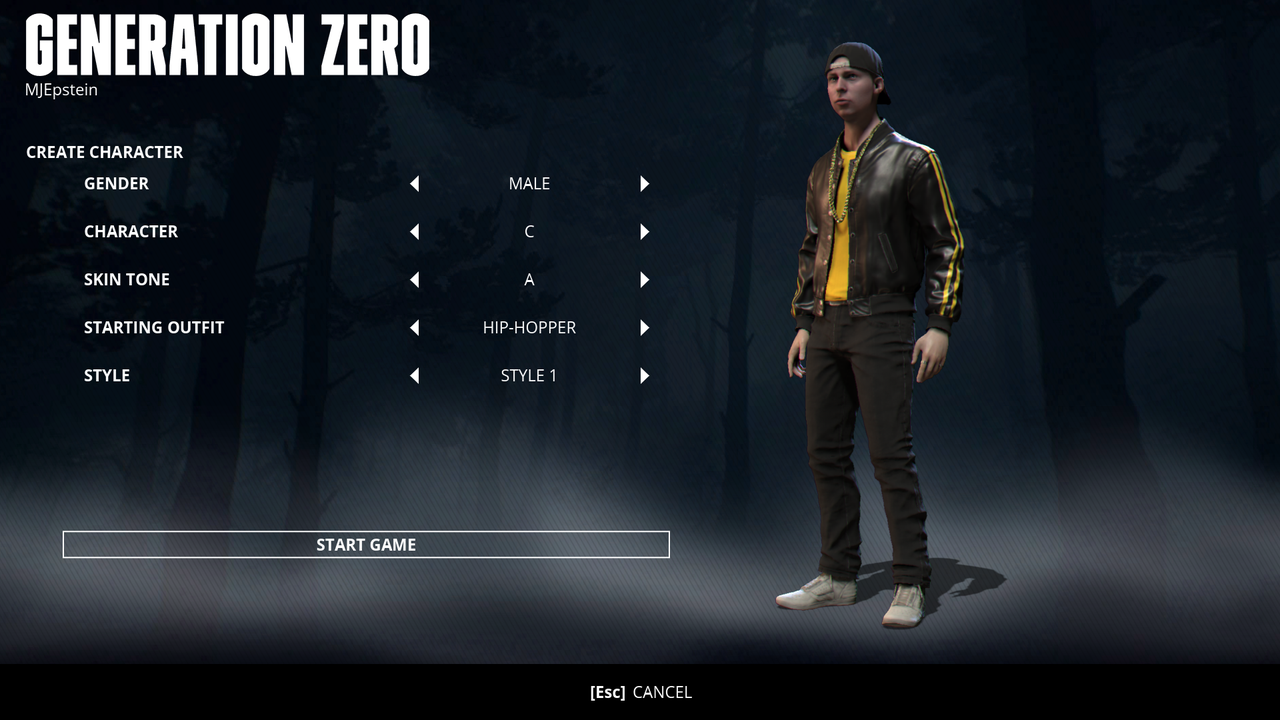 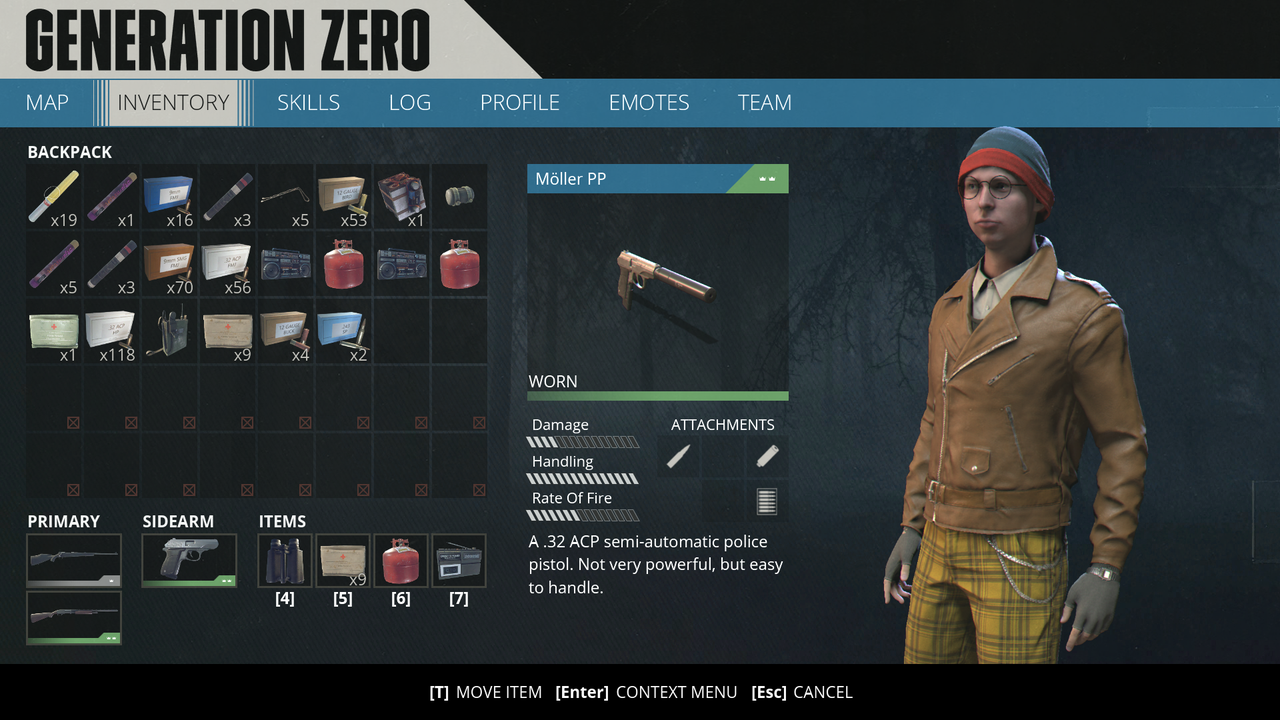 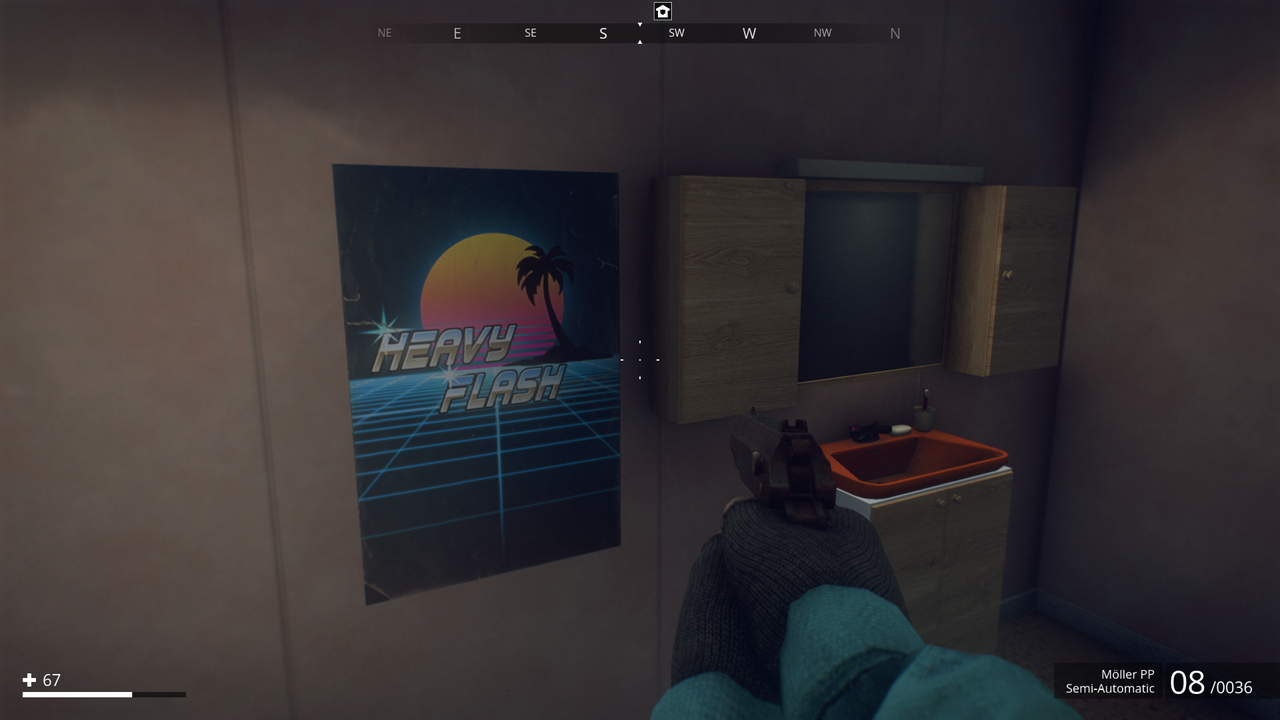 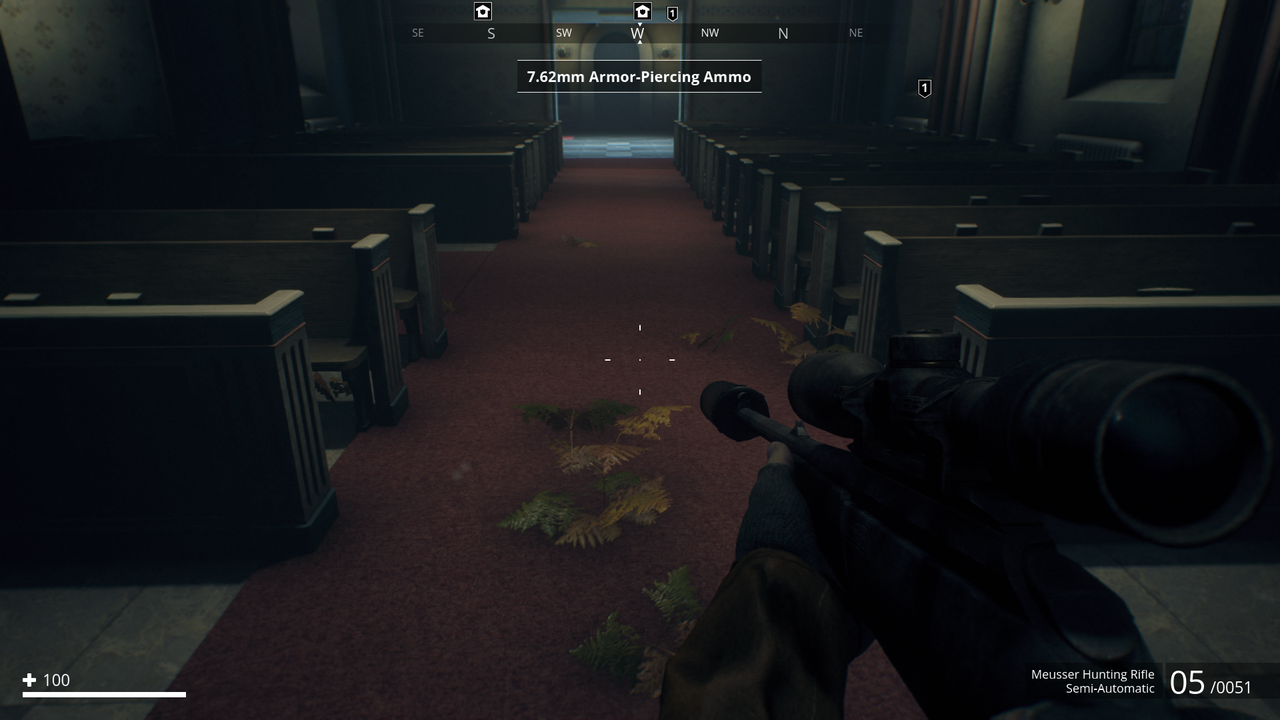 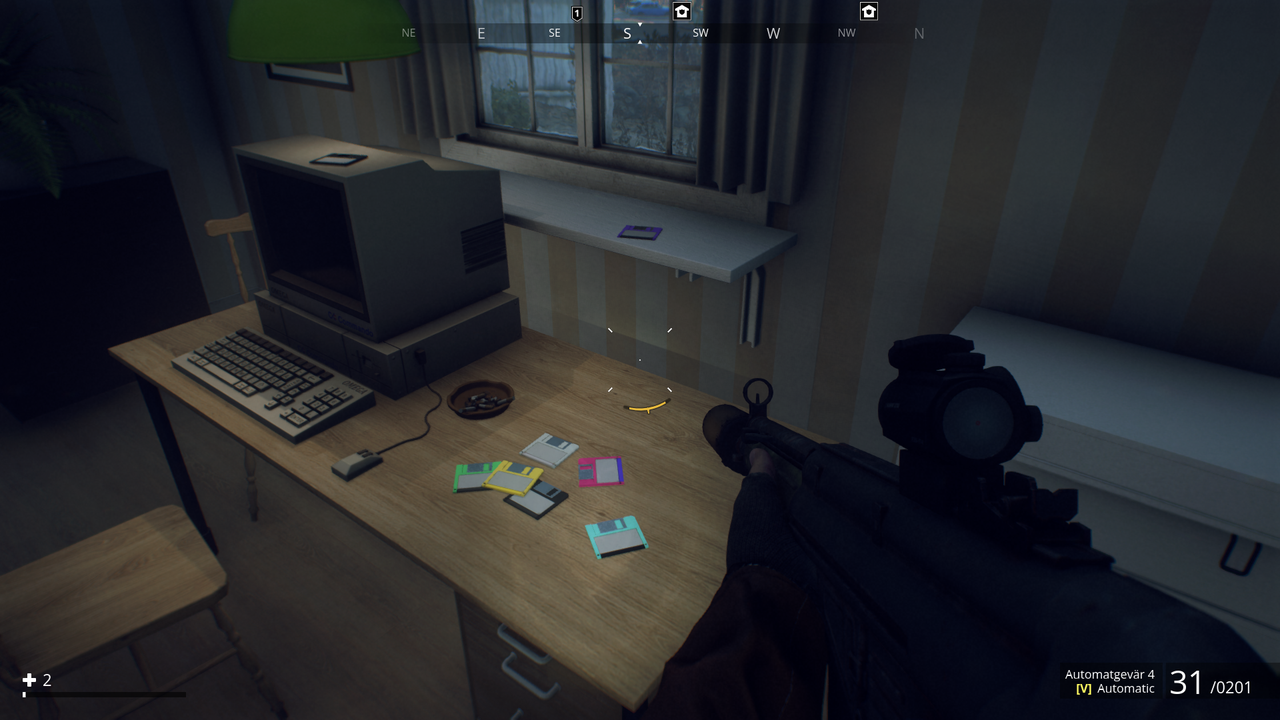 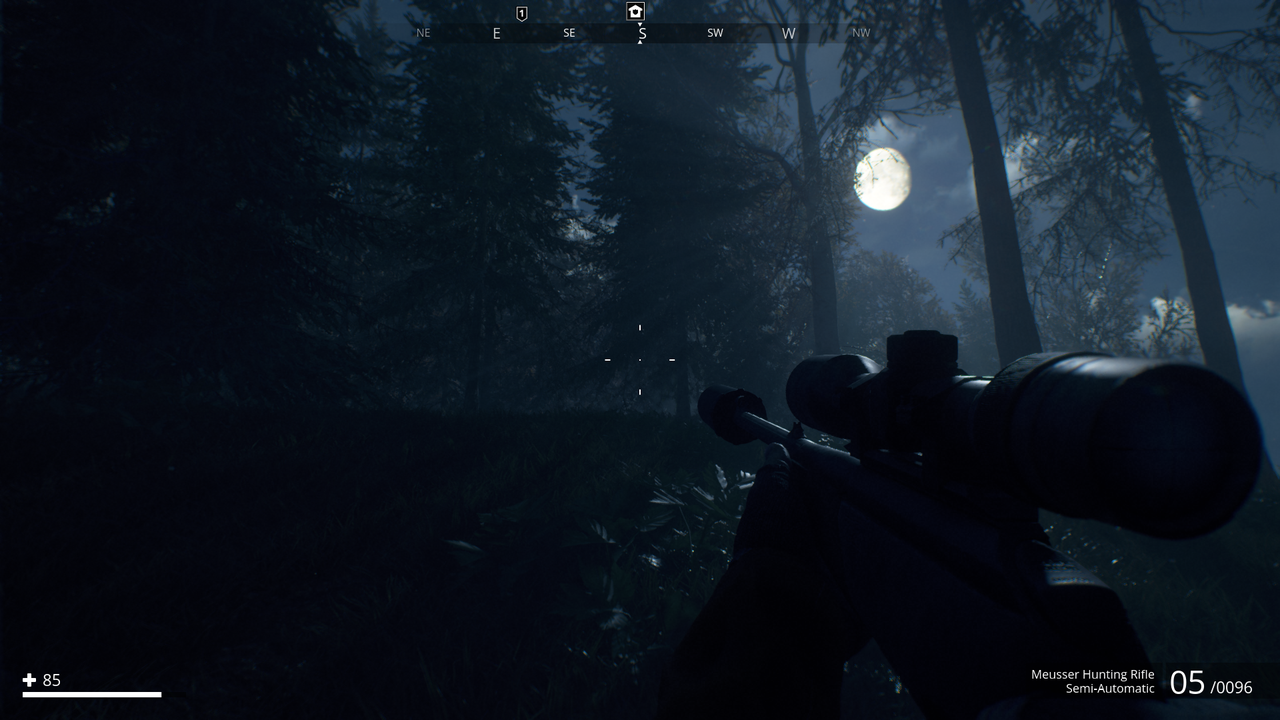 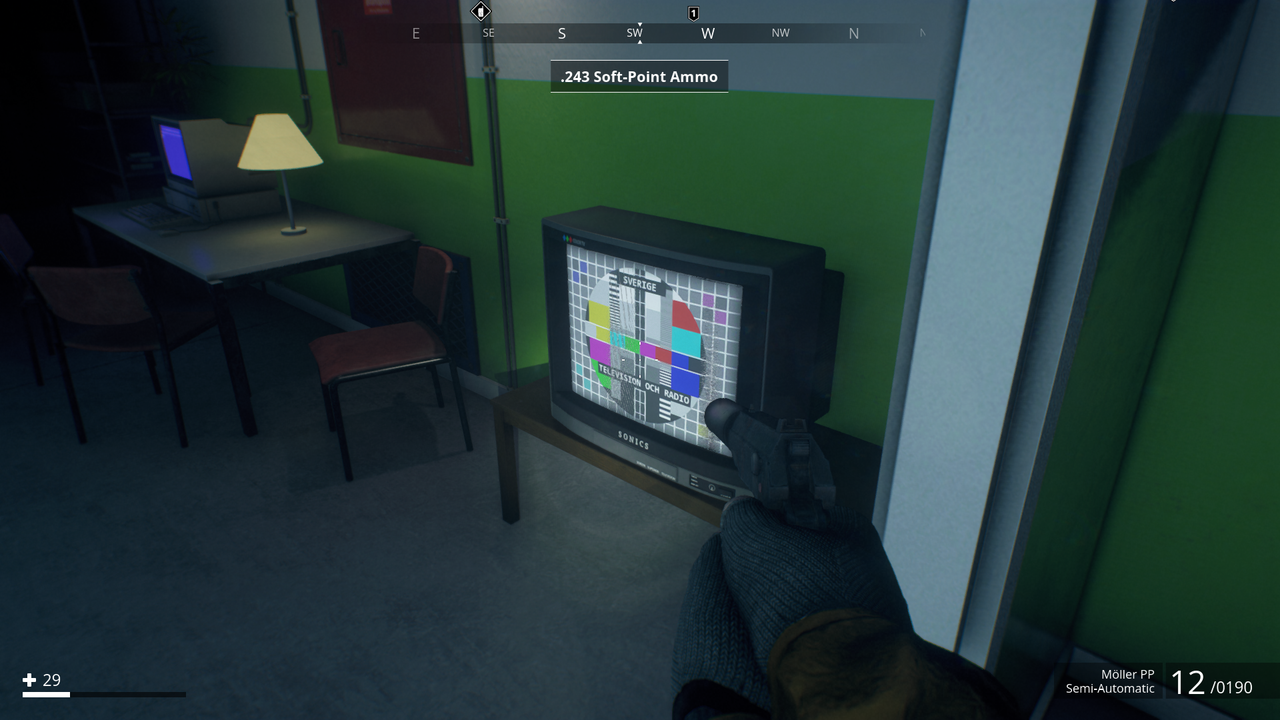 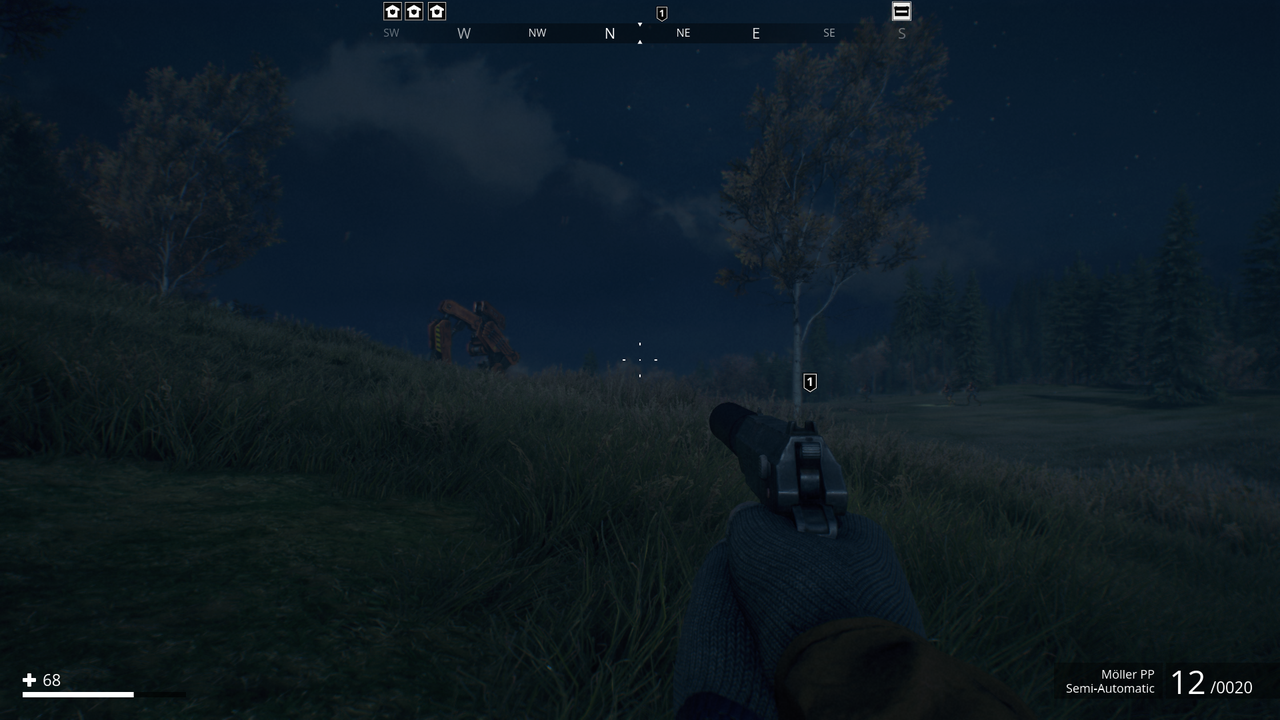 This is, again, compounded by a litany of bugs. I found a recurring issue where all the map locations I’d discovered (aside from the fast-travel-ready safehouses) disappeared from my map. Issues like this were so frequent that before too long it became very difficult for me to trust that the problems I faced finding and completing objectives were the result of design choices and not unintentional technical glitches. For a game that poses a mystery and demands you spend time searching for clues (every ounce of plot in Generation Zero comes from notes, diaries, and answering machine messages) even a small bug can cause a huge issue. Instead of constantly feeling like I need to know what happens next, I quickly lost faith that there was an answer to find at all.

Generation Zero feels like a game best played by people who don’t mind not accomplishing anything.

As a result, Generation Zero feels like a game best played by people who don’t mind not accomplishing anything. It thrives when you aren’t trying to complete an objective or get to a specific place, but just walking around looting cars and houses or fighting random robots. The environment, combined with a cool retro-techy soundtrack, cultivate a really great, spooky vibe. As time goes on and day shifts to night or the weather changes you may see the really well-made fog roll in, which adds to the creepy ambiance. Though many things including the weather, are randomized, there were so many times when those elements came together just right. The perfect Generation Zero moment comes before a fight, when you’re trekking through the woods looking for robots but also dreading the prospect of finding them. There’s a sense of urgency that draws your attention sharply the second there’s even a chance you might have to fight a robot. You forget about your objective or whatever your friend was just talking about to focus wholly on survival.

Unfortunately, as you play more and more of Generation Zero the source of that dread shifts from fear of your enemies to pure frustration over each fight. Since this is a co-op “survival” shooter, it generally puts you at a disadvantage against powerful robots. Resources are readily available, but you have to take the time to gather them, and a full pack is no guarantee you’ll have what you need to succeed. Even in four-player co-op, you will be constantly at risk of becoming overwhelmed by groups of enemies many times much larger than your party, and many of those individual bots can kill you in just a few hits. Theoretically, you are supposed to counter this by working as a team to place distractions like boomboxes to draw enemies in, along with traps like gas tanks you can shoot to trigger an explosion that’ll thin the herd enough for you to mop up. In practice, many of the enemies are so acutely aware of your movements and footsteps that it is often impossible to set up a proper ambush before they become alerted to your presence. Even if you do, chances are high that the sound of a successful kill will draw a second (and a third) wave of enemies that you will not have time to prepare for. Most of my fights devolved into long shootouts.

It’s clear that Avalanche understands the issue, because Generation Zero basically breaks itself to give you a fighting chance. Among the many resources you frequently find and use is the Adrenaline Shot, a healing item that allows you to revive a down-but-not-out friend or yourself when you lose all your health. If you have one in your inventory when you die, you’re given the opportunity to revive yourself and stand back up as if nothing was wrong. (Sekiro fans will feel right at home – except there’s no plague to add consequences.) Adrenaline is not scarce – I often had between 10 and 20 at any given moment, despite using them often – and having such easy access to resurrection all but invites you to brute-force your way through encounters when the chips are down.

That sounds like an exploit, but it’s very much how you’re intended to play.

That sounds like an exploit, but it’s very much how you’re intended to play, and most fights would be just short of impossible without it because many of the enemies can take off upwards of 50 percent of your health with a single flurry of attacks. It doesn’t really matter if you play with four players, two, or by yourself. In the end, you will fire your gun, get shot, respawn, and fire again. At times, you are faced with such overwhelming odds that you would probably assume it would be better to avoid combat if not for the fact that your objective is to engage the enemy.

To be fair, while the learning curve is steep, there definitely are tactics to learn and over time I became a much more proficient robot hunter. For example, all of the robots have destructible parts that you can target to weaken them: Knowing to shoot off the shoulder-mounted gun off the dog-like Hunter bots will keep you alive longer. Likewise, as you find better gear while scouring the world and find strategies that work for you and/or your team, the odds level off a bit and things feel more manageable because you know how to deal with even the toughest situations. Those tactics don’t necessarily make the fights more fun – fighting and dying and fighting and dying to chip away enemy health is not an ideal gameplay loop – there’s a certain satisfaction to gain out of the natural evolution from rookie to veteran.

For a co-op focused game, Generation Zero’s online and multiplayer systems do not seem very well thought out. Between the lack of in-game chat — you can use Steam Chat or Discord — and an obtuse multiplayer menu that you shouldn’t use unless you want to drop into random person’s game, the systems for bringing players together are very obtuse. (Pro tip: For playing with friends, have one player invite everyone directly from inside their playthrough). Moreover, the system doesn’t exactly incentivize playing together: In co-op, only the host gets to keep the progress made on missions that were active before their friends joined. Unless you play the whole game with the same group of people and only play when you can all get together, someone will inevitably be forced to play missions over again. Janky, poorly functioning multiplayer infrastructure is the coup de gras on a game that knows what it wants to be, but seems incapable of making that dream a reality.

I wanted to love Generation Zero because there are so many good ideas in it that could’ve made for a stand-out co-op shooter, most notably the rural Swedish setting and robot enemies. Upon actually playing, however, I found most of those ideas were implemented extremely poorly, turning it into a frustrating and aimless slog through horribly unbalanced combat encounters. On top of that, it’s full of confounding bugs at launch, which make progress more difficult than it should be and even something as simple as teaming up with friends becomes a hassle.