Despite the critical acclaim that Her Story received when it launched in 2015, not a lot of games have aped its novel conceit — players explore a story by searching key words spoken during an interview. But developer Sam Barlow has continued evolving the format he created (though later learned had some real-world analogues) with Her Story in Telling Lies, which is set for release this year.

I spoke to Barlow ahead of the debut of Telling Lies’ reveal trailer, which you can watch below, about the complexity of a multi-protagonist story, how in some ways the game’s structure was a response to Barlow’s viewing of Breaking Bad, and just what exactly you’ll be investigating in Telling Lies.

Telling Lies stars Upgrade’s Logan Marshall-Green, X-Men Apocalypse’s Alexandra Shipp, Halt and Catch Fire’s Kerry Bishé, and Westworld’s Angela Sarafyan in a story that involves stolen NSA video tapings of these four characters’ lives. Similarly to Her Story, players will be investigating a library of video clips, comprised of two years worth of recordings of these characters and the people in their lives.

Search the word “love” and you’ll be dropped into a clip right at the moment where “love” is being uttered by a character. But because you’re dealing with multiple protagonists, rather than the single subject of Her Story, a video clip will only show you one side of a possible conversation. You’ll have to keep searching, either based on context clues or through luck, to find and piece together the other part of a conversation.

As Barlow showed to me, you’re also able to rewind clips you drop into, though. So if you find yourself in the midst of a heated argument, you can start from the beginning of the clip and see the whole fight (or, the side of it shown in that video clip, at least). Because of the intimacy with which you’re looking into these people’s lives, Barlow noted there’s another layer that helps you to understand their feelings and motivations, as scrubbing through a clip effectively has you watching it backward, as well. 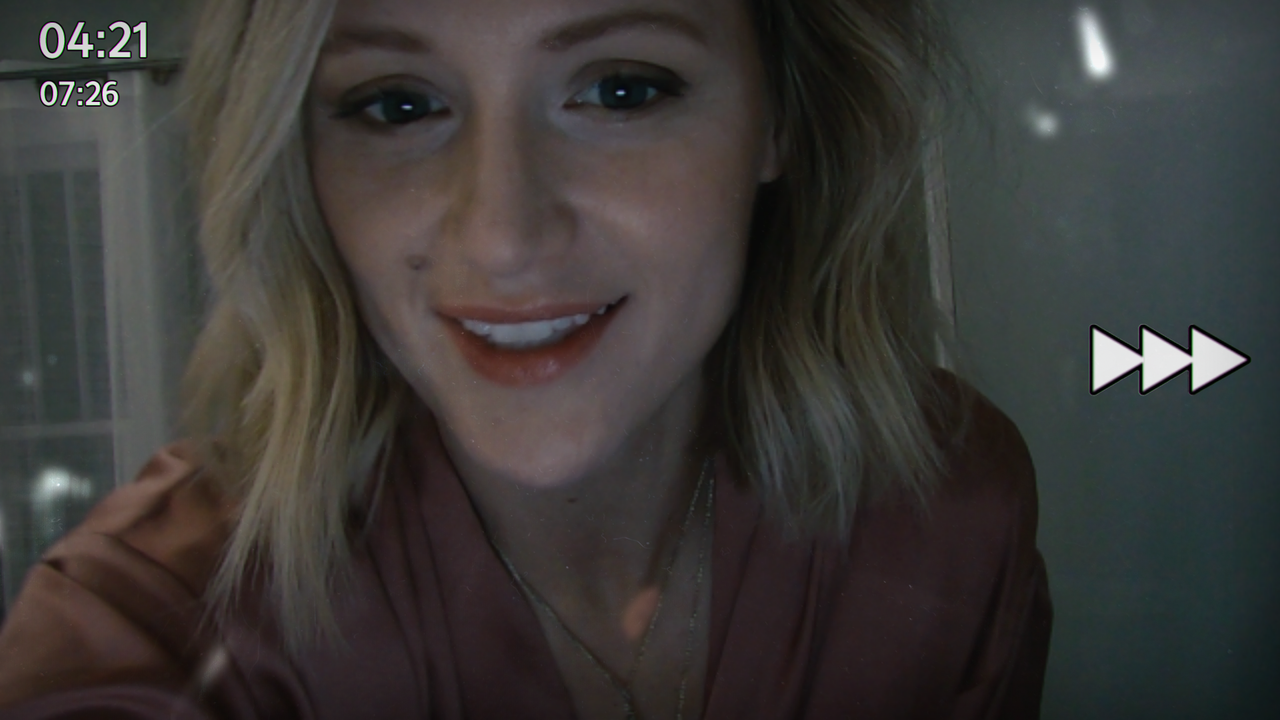 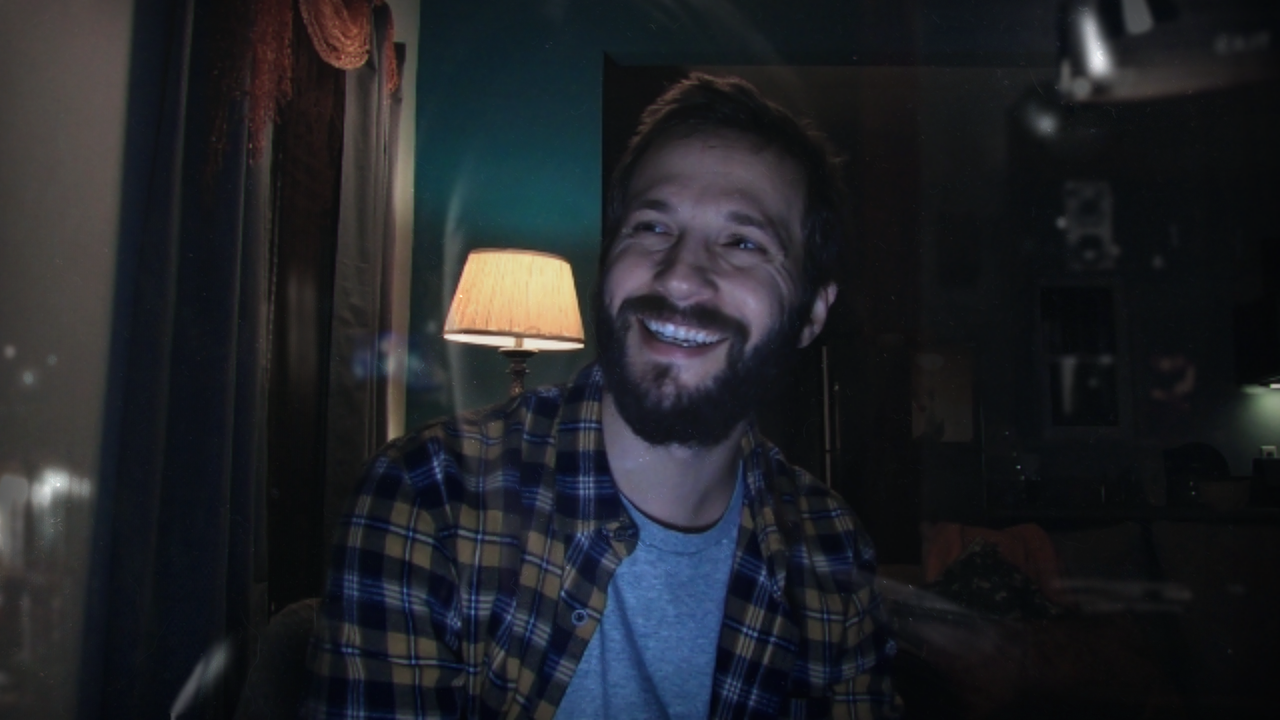 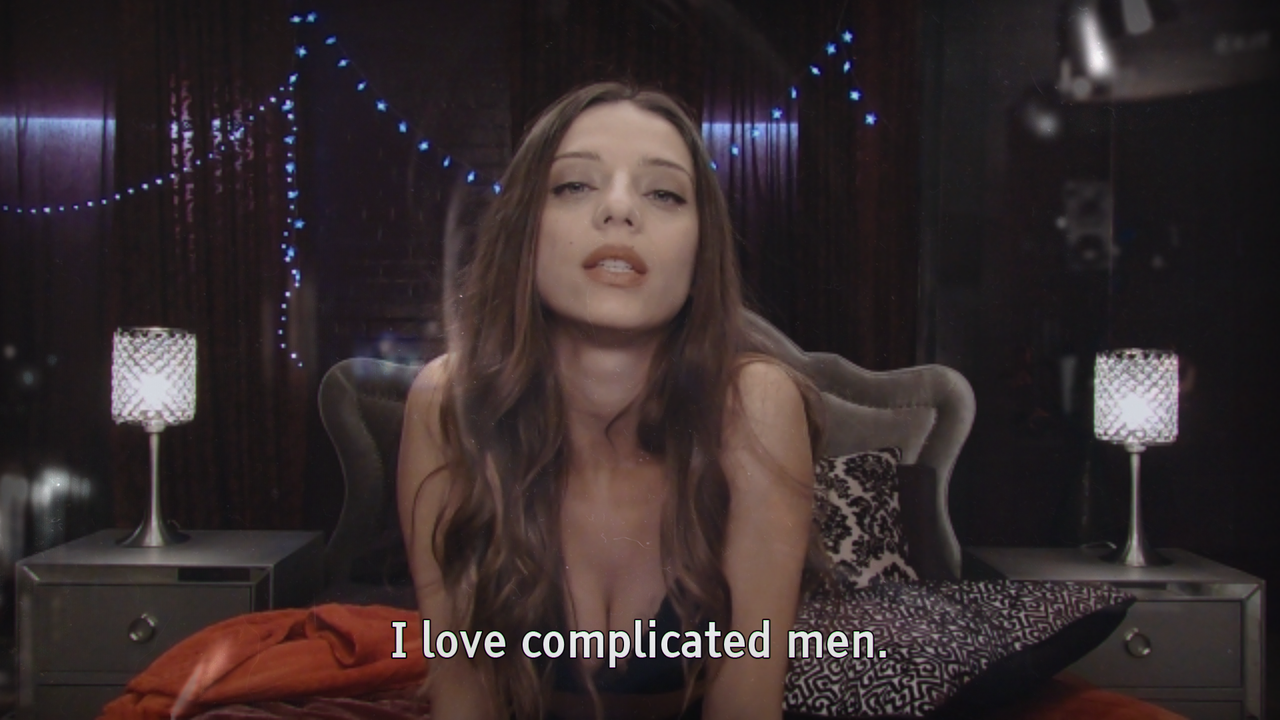 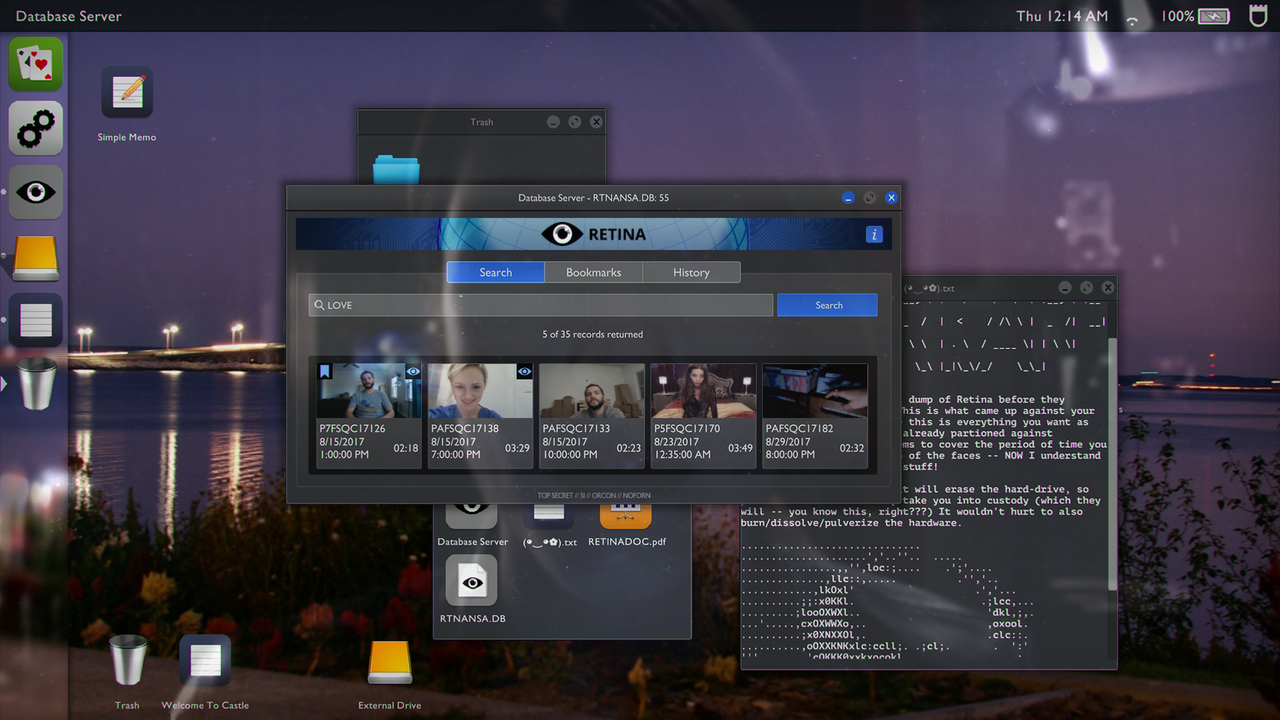 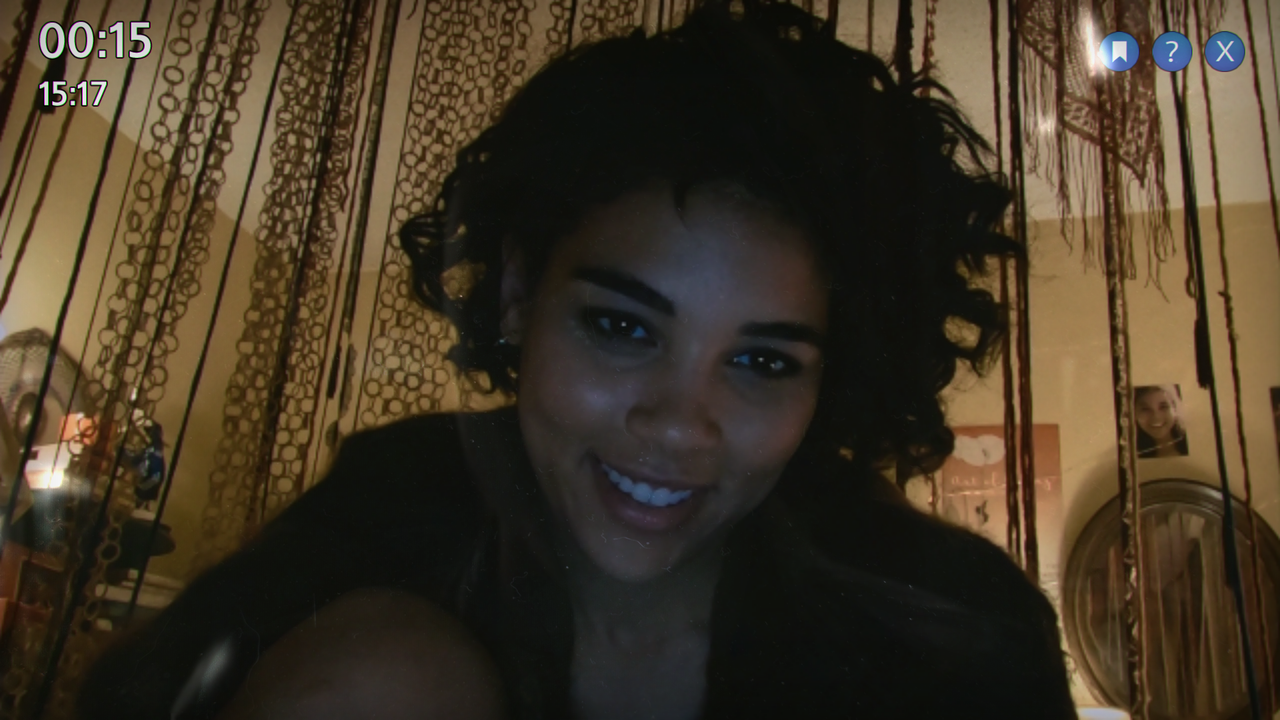 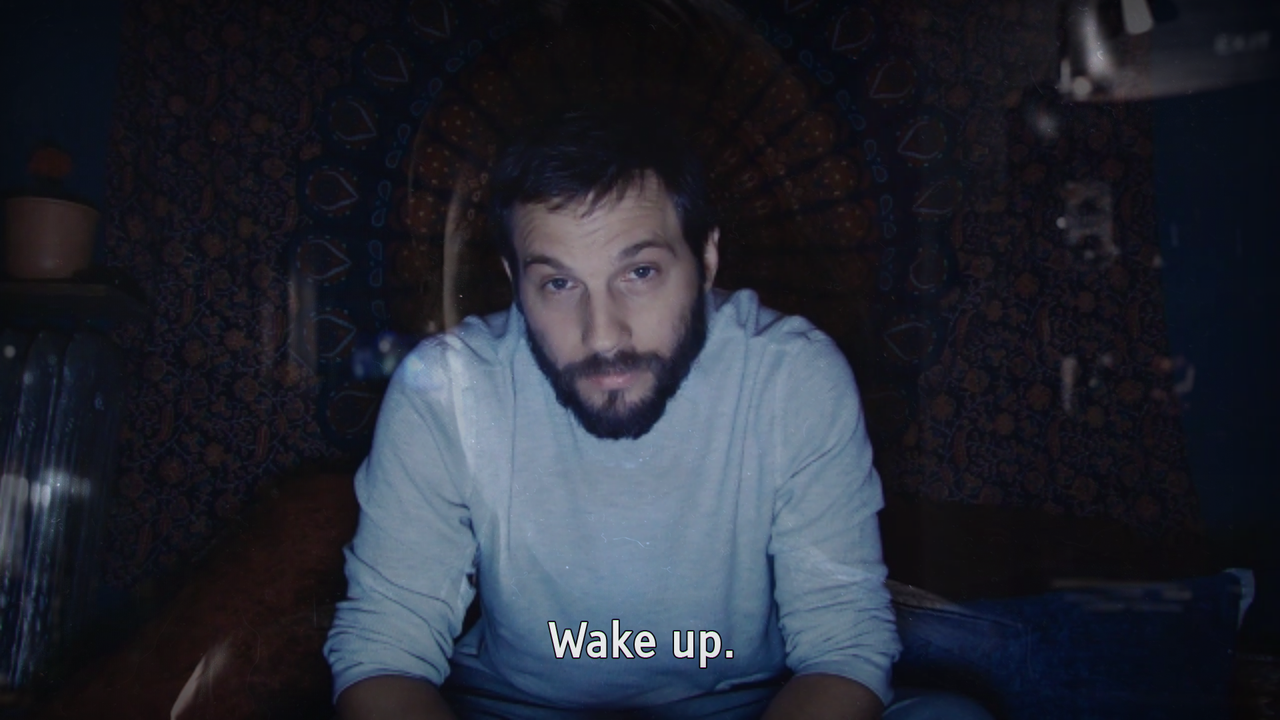 For Barlow, presenting these four different viewpoints, all as protagonists of the story, in part, came about as a reaction from him to the overall fan response to Breaking Bad.

“There were challenging aspects to Breaking Bad. You had this show that was trying to explore interesting ideas and it had that challenge where there was a subset of the audience that just thought Walter White was the coolest badass,” Barlow told me.

He also pointed to the subset of fans who hated Skylar, Walter White’s wife, “despite her being the voice of rationality” on the show.

What Barlow realized, was, fans assigned themselves to Walter regardless of his behavior because of the medium in which the show unfolded.

“If you’re telling a linear TV show, and you’ve got an anti-hero main character, you have that thing where whoever the main character is, the audience is going to gravitate toward, and they’re the one they’re going to fix their perspective of right and wrong around.

“Because [Walter] was the main character, and it was such a good performance, you would gravitate around him.”

And so seeing how audiences responded to side characters in a linear story like Breaking Bad, Barlow aimed to “to explore some nuanced situations and have characters that might be the B-character in another story…to promote some of those characters to be the main protagonist of their story.”

Exploring all of those characters in their own stories — and discovering both how they intersect and the secrets underpinning their lives — is an exciting proposition, given the success Barlow had with Her Story’s unique design. Players will have the chance to do that this year when Telling Lies launches this year.

Jonathon Dornbush is IGN’s News Editor, PlayStation lead, and Beyond! host. Talk to him on Twitter @jmdornbush.