Today Nvidia is unveiling new 16-series GPUs for both desktop and mobile, which is the first time the company has rolled out the same GPU for both platforms simultaneously (as far as I can recall). On the desktop side it is launching what is likely the final Turing desktop model in its product stack, the $149 GTX 1650 (review coming soon). On the mobile side it’s unveiling the first non-RTX GPUs, and in traditional Nvidia fashion the mobile chips have the same name as their desktop counterparts (GTX 1660 Ti, GTX 1650). All of this new hardware should be available immediately, so this is a “hard launch” as they say.

The desktop-based GeForce GTX 1650 uses an all-new GPU dubbed TU117, and it has less RAM and a narrower memory bus than the GTX 1660 and 1660 Ti. Though this GPU shares all the same architectural advances of the previous Turing GPUs, it is the most affordable yet at $149. Here’s how all the low-to-midrange Turing cards stack up on the spec chart: 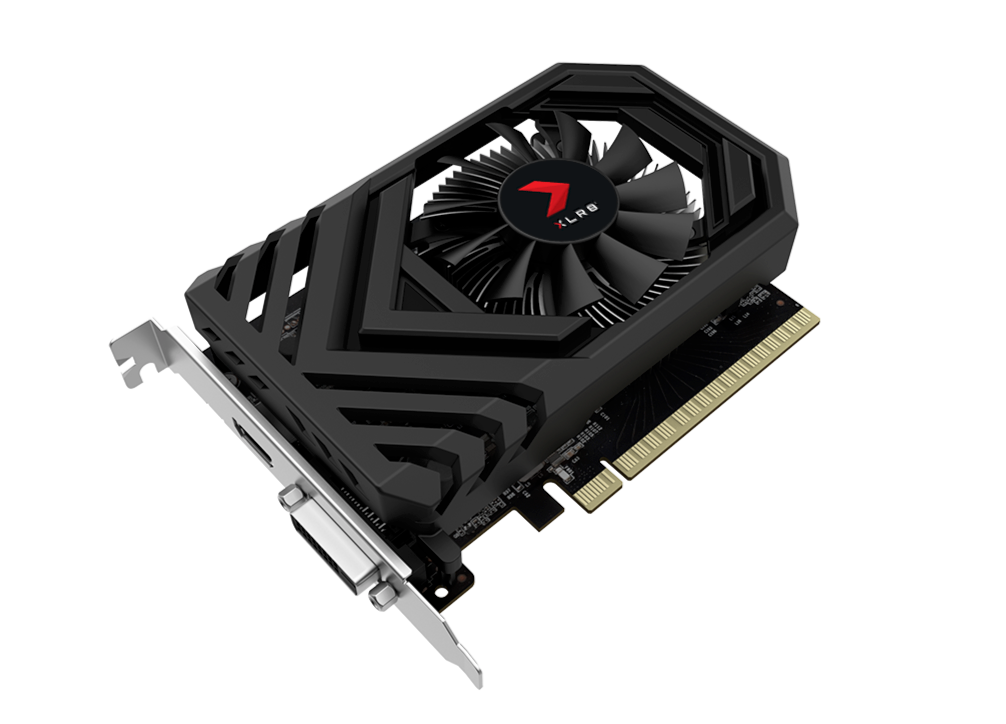 There is no Founder’s Edition of this GPU, so boards will only be available from Nvidia’s partners (Asus, Gigabyte, PNY, etc.). Cards should be available to purchase as you read this, or shortly thereafter.

This should translate into 100 frames per second on games like Apex Legends, Fortnite, and PUBG

Like with the RTX variants, there will also be Max-Q models of the new GTX GPUs, which run at lower clock speeds than the non Max-Q versions, and allow laptops to run cooler and quieter, albeit with slightly lower performance. Nvidia says laptops using Turing GTX GPUs will be able to achieve 20mm thickness, and a weight of just 3.5lbs.

And finally, if you haven’t gotten enough Fortnite, Nvidia is offering a limited time promotion for people who scoop up either a GTX 16-series GPU or a laptop with one inside, offering 2000 V-Bucks as well as a Fortnite Counterattack set.

These GPUs are launching today, and we will have a review up as soon as we can for the desktop part, though the laptops will take a little bit more time. Also, the Nvidia announcement comes on the heels of Intel rolling out its 9th Generation CPUs for mobile as well, so it’s a pretty big day for gaming hardware announcements! Expect full reviews of all of this new gear in the very near future.

Josh Norem is IGN’s Executive Editor for Tech. When he’s not upgrading his PC he’s trying to get his foster kittens adopted.