World of Warcraft’s next expansion, Shadowlands, offers new zones and a compelling story about the nature of death. It turns out that everyone was a little bit right about the afterlife, and now the heroes of Azeroth must correct a terrible error. You see, everyone who dies, no matter what their beliefs or actions in life, is being sent to Warcraft’s mega hell. Players must meet new Covenants, level to…

Wait, I’m sorry, I can’t focus on anything about Shadowlands except the fact that everyone’s getting their soul megatortured, and has been for at least a year. This means that every piece of official World of Warcraft content is changed, and I’m here to explain why that’s actually very funny.

Wait, what’s up with this lore?

Everyone in World of Warcraft has various religious and philosophical beliefs that, up until now, have largely been abstract. Then, Sylvanas Windrunner, the current baddie who’s driving Warcraft’s story forward, showed up to crack a giant hole into the sky that leads to the afterlife.

Look, I know that’s a lot to take in. Just roll with it.

During BlizzCon 2019’s panels, we learned a little bit more about the mechanics of the afterlife. When someone dies, their soul is ferried to a specific afterlife. A very few souls, the worst of the worst, are sent to The Maw, where they’re tortured for eternity.

But the machinery of death is currently broken, which means everyone is going to The Maw. We know that this started some time after Burning Crusade but before Battle for Azeroth — the safest bet is that is started after the Legion expansion.

Night elves who got genocided? Maw. Brennadam parents who got speared to a wall? Maw. Heroes who made a noble sacrifice? Maw. Soldiers? Oh, you better believe they went to the Maw.

That’s a lot of Warcraft lore! If I were to couch it in real life terms, I would put it like this: imagine a nice old lady dies. She’s going to supermax hell. So’s everyone else. Religion was right, but the soul chute got messed up, so everyone’s just getting their soul tortured. Sorry! No refunds. 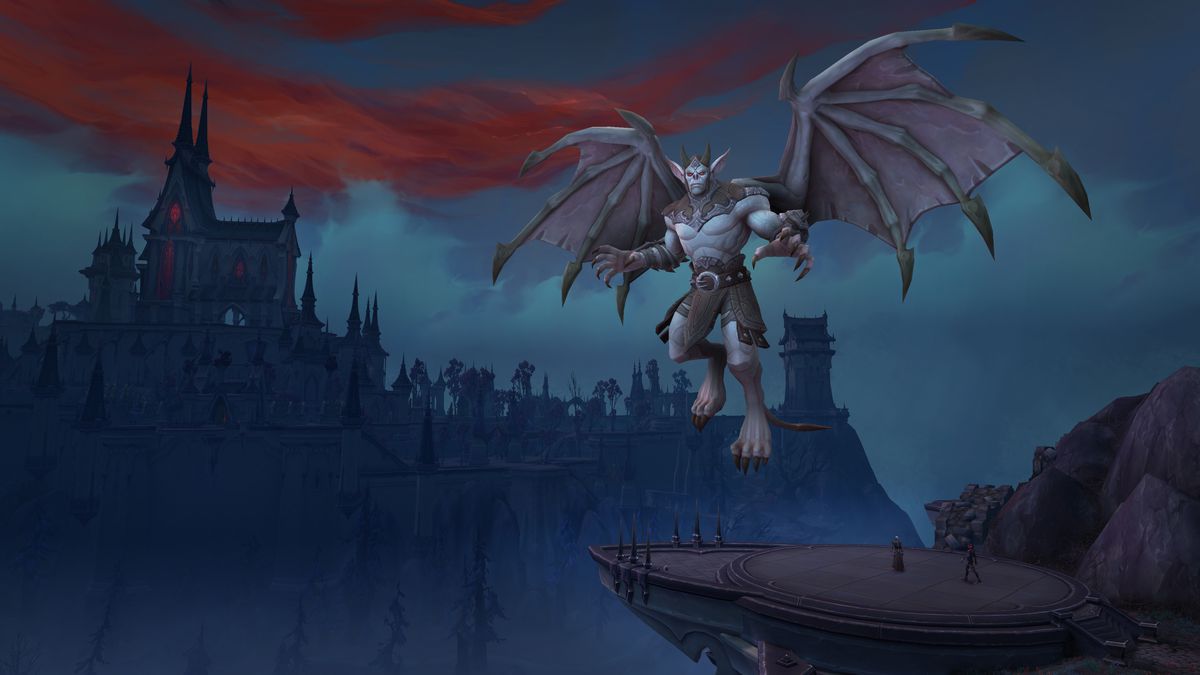 Going to the worst possible hell is bad enough. I’m pretty sure absolutely nobody likes that. However, Blizzard has taken great care to portray two deaths over the course of the Battle for Azeroth expansion.

The first is High Overlord Saurfang, a noble orc warrior who got to show up in four or five gorgeously rendered CGI cinematics. His story was a tale of redemption — not just for him, but for the ideals of the Horde. He died in a glorious duel against a corrupt leader, knowing that his death would save thousands of his countrymen.

His soul is now getting super tortured.

In the pre-Battle for Azeroth book Before the Storm, King Anduin realizes that his closest servant and a father figure, Wyll Benton, is dying. There’s a long chapter where Anduin comes to terms with the death of his friend; as a priest, he could save Wyll, but Wyll insists that he has had a long life and he only wants to see his wife again. Anduin reads to the old man as he drifts away, and it’s a touching sequence. I’m not ashamed to admit I shed a tear or two over it.

What we didn’t know is that immediately after Wyll passes away, surrounded by loved ones, his soul immediately goes to The Maw where it can be ripped apart by ghouls and otherwise desecrated.

With all of this in mind, it’s probably for the best that Shadowlands is the next World of Warcraft expansion. Although I do have some questions. Is anyone at all concerned about the portal to hell that got ripped into the sky? How do the philosophers and religious of Azeroth react now that there is a real and tangible answer to all of their questions about life and death. We’re going to rescue Wyll, right? …Right?

Shadowlands is set for a 2020 release, and World of Warcraft still has to get through the final 8.3 patch of Battle for Azeroth, so those poor souls are going to have to deal with it while we work through that content.

Sorry, everyone who is trapped in eternal torment. Just hang on for a few more months. It’ll be fine.