World of Warcraft Classic has been released, with players in the game and starting their adventures. The social experience of the original World of Warcraft has been much discussed, but logging into Classic is a way to experience it for real. Players are lining up politely, waiting their turn to complete quest objectives. Tailors in capital cities are stitching bags for new players. In Barrens chat, you can even find someone who will tell you where to find Mankrik’s wife.

It’s early days yet, but to my surprise, Classic really does feel like it has recaptured the game’s 2004 atmosphere.

Why this is so refreshing

When I fire up Battle for Azeroth, the most recent World of Warcraft expansion, I do things exclusively on my own. I farm cosmetic gear, check out some quests, and then log off again. I certainly see many players in raids, warfronts, and island expeditions, but I don’t hang out with them. I’m a Paladin on a mission; I’m not here to make friends.

It’s this current design that has led to much of the excitement about Classic. The 15 year-old game was built to force players to work together, and all of the cushy quality-of-life bonuses we’ve come to expect are gone. There’s no more flying, and no more experience-boosted heirloom gear. Many monsters require a team to take them out; without one you’ll spend a lot of time running back to your corpse.

I spent hours and hours in Azeroth when I was a teenager, and I experienced the Classic sense of community. I knew all of the big names on Alliance and in trade chat, and would /wave to friends in Ironforge. I had a guild full of friends, some of whom I would go on to meet in real life. I still remember having heated rivalries with Horde, and going wild when I saw their name in Alterac Valley. I’d wade through the sea of bodies to go toe to toe with them, and they would recognize me in turn. 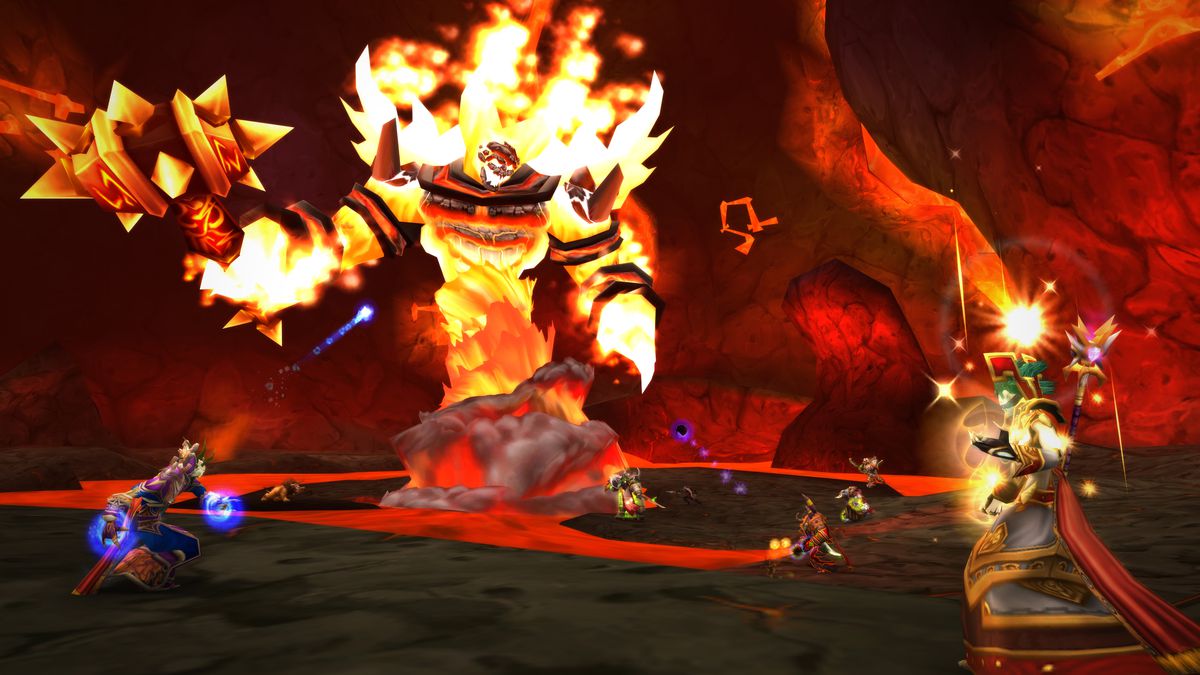 The main question I had going into Classic — beyond hoping I could get past the launch queues — was whether this experience would hold up. It has been a decade and a half since those simple, straightforward days, and, at the risk of sounding like an old woman yelling at cloud, I wondered if the gaming zeitgeist has just moved on. Could the kids with their Fortnite understand an experience like Classic?

Despite my concerns, the cities are thriving, and players are working together. Miners hand piles of ore over to be smelted and crafted into gear, tailors are stitching bags and shirts and handing them out en masse, and players are crowding into dungeons and getting lost in Wailing Caverns just like old times.

My only concern is whether this atmosphere is sustainable. It’s all fun and games when people are excited about six slot linen bags and copper ore, but needs will ramp up when players get to the end game. Will players be content to farm Felwood for rare herbs? Will guilds be able to get 40 people to log on regularly?

Launch is the honeymoon period. You haven’t played real Classic until you are farming Nature Resist for Ahn’Qiraj, you cowards.

World of Warcraft Classic may miss one crucial element: the drama

But there’s also the fact that Classic is so much narrower than Battle for Azeroth. That seems obvious on its face — yes, of course the launch game is smaller than the fifteen year-old retail version. But players are going to stick in Ironforge for quite some time. They’re going to level alts, and barter with each other for legendaries. That core of cooperation becomes more difficult, and more players may filter away once they realize how intense the time commitment is, but Classic remains a game that demands community.

I still have concerns about whether that community will be open to all, or whether it will calcify among the groups who are determined enough to stay.

The other day, I booted up the game to start my very first Tauren with a friend. As we ran over the plains, looking for mountain cougars to kill, a pack of three Tauren ran by and spammed abilities to tag every cougar in the area, preventing me from looting them. I had been half a second away from tagging one of those cougars; my mace was in the air when their ability landed. They collected their pelts and ran away again, perfectly coordinated.

If Classic is to fulfill the potential of its launch, I hope that the encounters I find are more like the friendly tailors and polite queues, and less like that herd of ultra-efficient Tauren. Classic has enough of a barrier to entry without the players closing ranks around the most efficient ways to success.

If Classic is truly to be an ongoing, successful social experience, it won’t simply manifest out of the game’s mechanics. It’ll require players to pitch in to keep that spirit alive as well.