Part game, part creation suite, Dreams rolls everything you need to make and share a game into one package. The builder includes tools to sculpt, draw, animate, and even make music within the player. Here at Polygon, we were pleasantly surprised with the amount of flexibility Dreams gave us. Previously, demos have emphasized the flexibility the builder has when developing games. Now we get to see how it fairs when making a show. And it looks great.

Ferguson, who has been a guest animator on shows like Adventure Time, started making Have a Laugh with the Funny Giraffes in between paid projects. The show follows two funny giraffes and their antics. Episodes are short and silly; the giraffes have built, and knocked over, a block castle. Ferguson told Polygon that he is “generally inspired by old kids TV shows, and for this I wanted to try something in a Sesame Street style.”

The show’s aesthetic is simple, using 3D shapes like cylinders, cubes, and spheres to build characters, but the end result is still polished and watchable. The episodes resemble a show that would air on morning block of shows for kids, not the work of a talented animator using a console game. 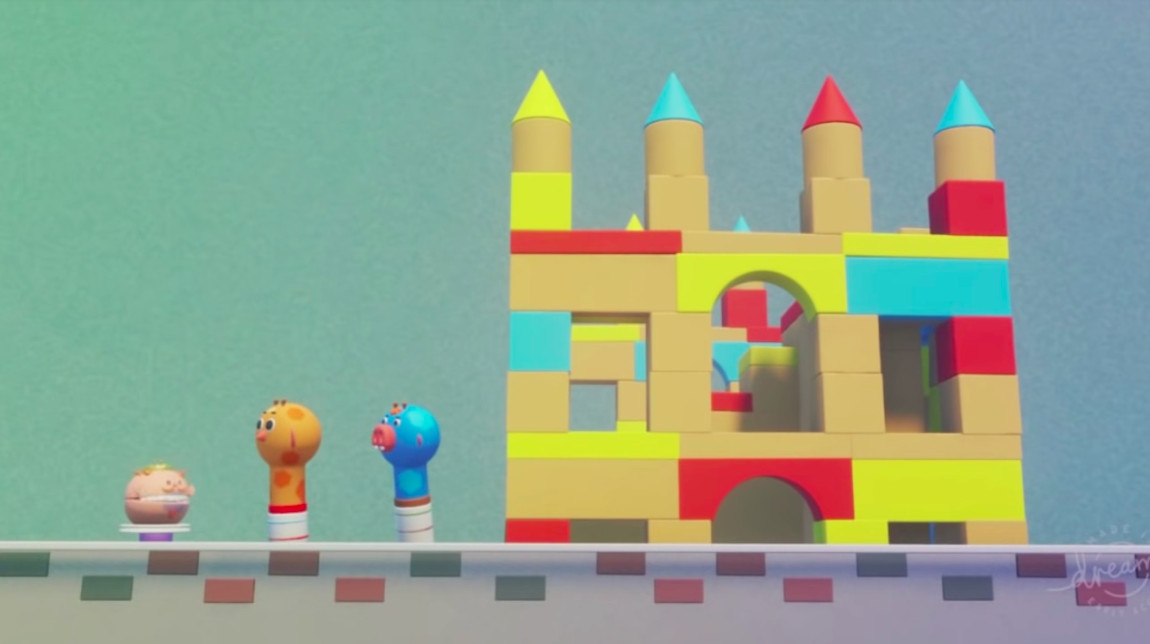 When asked what lead him to make the show, Ferguson told Polygon: “I’ve been interested in Dreams since it was announced, but I took extra notice when I watched a developer video where they showed a 3D character being puppeteered with a [PlayStation] Move controller; 3D motion capture is a technique that’s never been available to me in the past.”

“It was fun to animate because I could really quickly capture a natural looking performance that would have taken ages to animate traditionally with key frames,” Ferguson said.

Ferguson plays the role of virtual puppeteer to make the show. “I puppet the body movement with the Move controller,” he explained. “I then go back and capture the eyes and mouths with the DualShock; Triangle is eyebrows up; R2 is mouth open etc. You can do multiple passes and layer it all up.”

Dreams is currently in beta and comes to the public on PlayStation 4 in 2019.