Respawn Entertainment launched a major update to Apex Legends earlier today, featuring a new event called Iron Crown. The event is running for a limited time, and introduces exclusive cosmetics that players can only unlock while the event is live. Just a few hours after the launch of the event, the Apex Legends community made it clear that they are not happy at all with how these new cosmetics are being doled out.

The big issue with players, as expressed on places like the Apex Legends subreddit, seems to be the pricing and availability of the Iron Crown event packs. If you haven’t played Apex Legends in a while, the pricing model can be a little tricky to crack, but the basics are that it’ll run players 700 Apex Coins to open each Iron Crown pack, or about $7 in real money. There are 24 Iron Crown packs in total, two of which can be earned through gameplay, so players looking to unlock everything will have to throw down $140. Ouch. 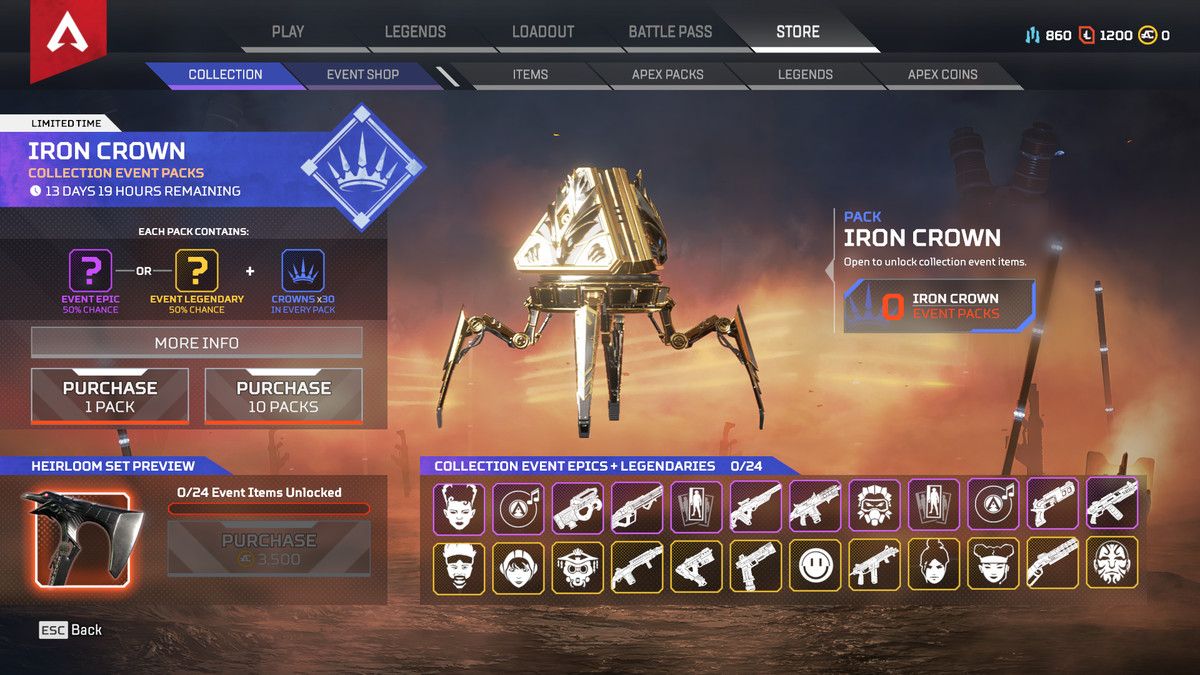 For those that don’t feel like they need every single cosmetic, they’re still at the whims of the RNG of loot boxes, which means they could be $100 in the hole before getting a desired skin, even without duplicates in these boxes.

This post on the Apex Legends subreddit from u/HerpMcHerp does a good job summarizing players’ complaints, but it’s one of many posts that have bubbled up to the top of the subreddit since the launch of the Iron Crown event.

Given that Apex Legends is a free-to-play game, it’s no surprise that cosmetics would be expensive, but tying a gambling mechanic in the form of loot boxes to time-limited cosmetics seems particularly harsh for players. We’ve reached out to Respawn to see if they have any response regarding the blowback.