With Season of Opulence, Bungie changed the way players viewed their in-game quests and Bounties. Instead of sitting in the character menu as it had since 2017, Bungie gave it its own space in a different menu. Players were immediately frustrated by how difficult it was to navigate compared to the old system.

In a lengthy blog post about the state of Destiny 2, franchise director Luke Smith said that Bungie is giving the Pursuits tab another go this fall. 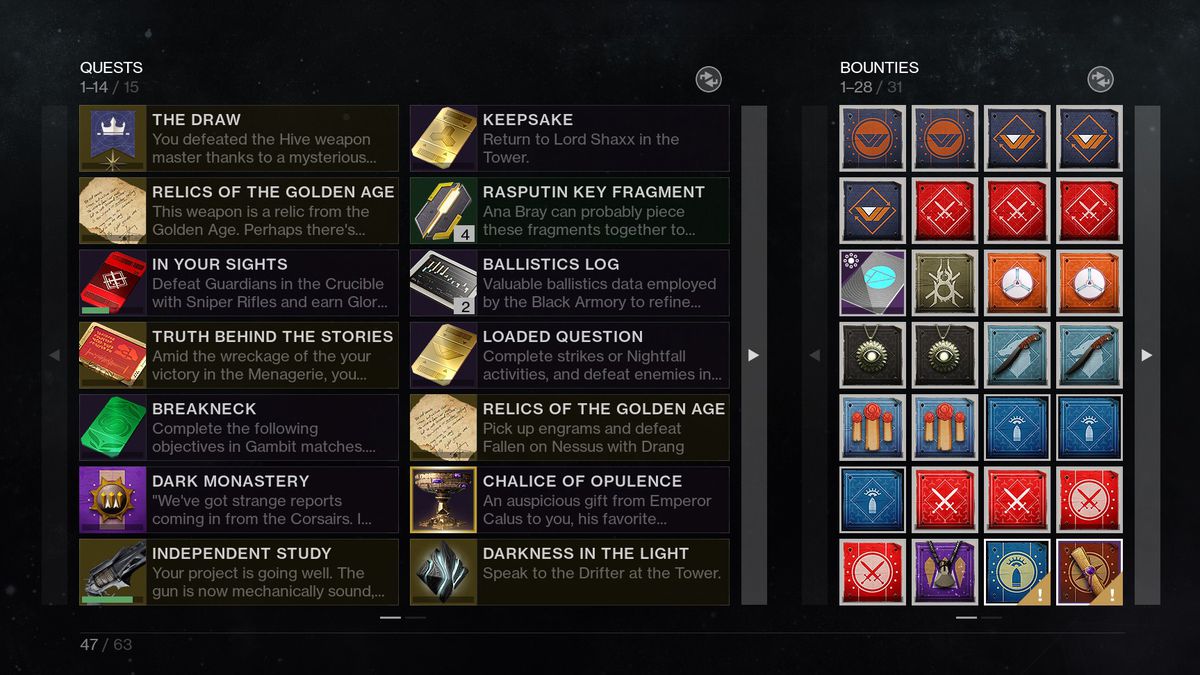 The new Pursuits tab will divorce quests from Bounties — giving them each their own section. Players should have an easier time navigating their menu to delete items or check progress on their objectives. In the image above, Players can also see a few new bounty emblems for the Crucible and Vanguard. The brown Bounties with the white circle are also new, and will likely come from Eris Morn on the Moon.

For PC, the studio will also add a hotkey to take players directly to the Pursuits tab.

Smith stated in his post that the team is still actively working to improve the Pursuits tab, suggesting that nothing is ever really finished in a game like Destiny 2.

This change to the Pursuits tab will likely go live with Destiny 2: Shadowkeep and Destiny 2: New Light on Oct. 1.