This year’s demo of Cyberpunk 2077, the highly-anticipated role-playing game from CD Projekt Red, looked both better and worse than the demo shown last year. The scope and scale of the game world on display was extraordinary, but the team is clearly still finding its way with the game’s combat.

The demo opens up with the introduction of Johnny Silverhand, played by Keanu Reeves, who appears as a virtual ghost visible only to the player. Johnny has convinced the player character to help find his girlfriend, Alt Cunningham, and the next piece of the puzzle is linking up with a woman known as Brigitte. She’s a leader within the Voodoo Boys, a canonical faction from Mike Pondsmith’s original tabletop RPG, Cyberpunk 2020. Standing in the way are the Animals, a faction of muscular bodybuilders who modify their bodies with illegal drugs rather than physical augmentations.

It’s interesting how CD Projekt is both embracing and gently shifting the original source material from Cyberpunk 2020. When they were first introduced in 1988, the Voodoo Boys were a violent fringe group, described as “a terrorist gang with ritual magic overtones” mostly comprised of white people with a Caribbean-inspired affect. Years later, CD Projekt has recast the Voodoo Boys as Haitian spiritualists whose unique form of worship involves hacking and trips through cyberspace. They have a passion for black leather and powerful computers, and are well respected all throughout the Pacifica neighborhood.

While the Voodoo Boys are still criminals, NPCs showed them a kind of deference. They clearly take care of their own and provide a level of protection for the neighborhood. For that reason, the citizens of Pacifica show them some semblance of respect.

Pacifica itself has also changed. In the original RPG it was a playground for the rich, a safe bastion where the wealthy could live a life of luxury. In the years since, a massive economic crisis causes all the megacorporations to pull out. The area becomes lawless and falls into disrepair. A desperately poor minority population moves in to fill the vacuum. Pacifica now looks like a refugee camp mixed with an active conflict zone, with small squabbles escalating into gunfights. In the distance an attack helicopter could be seen pounding the side of a high rise building. At one point, CD Projekt even showed the remains of a luxury hotel that had been converted into a marketplace for scavenged scrap.

Driving mechanics played a central part in this year’s Cyberpunk 2077 demo. It showed the player hopping on board a futuristic motorcycle and driving through the game’s open world from location to location. CD Projekt said it will be possible in the final version of the game to spend your time simply roaming the streets in a vehicle, listening to the radio and searching for quests in the larger world. 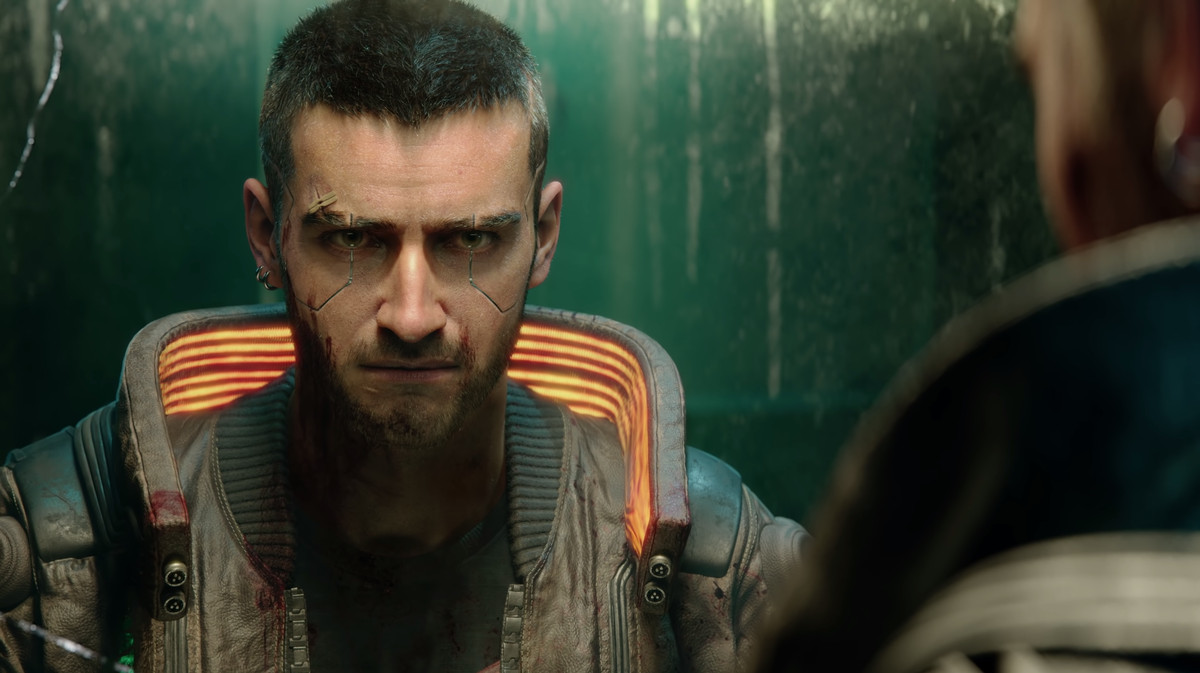 The meat of the demo focused on an infiltration mission where the player had to sneak into a building controlled by the Animals. At first, the demo showed how a Netrunner — a character class able to hack into any electronic system in the game — could exploit the environment to gain an advantage. By turning off security cameras and zooming in with their superhuman hearing, it was fairly easy to gain entry to the compound.

What was surprising was just how effective the Netrunner class was at combat. The main weapon on display was called a nanowire, a thin length of neon orange cable. At close range, the nanowire worked like a whip, easily severing heads. In one dramatic encounter a muscle-bound melee fighter lunged at the player, who quickly lopped off their arm mid punch.

But the nanowire isn’t just for combat. It can also be used to gain access to people’s minds at close range. Since body modification is so prominent, hacking people is no more difficult for a Netrunner than hacking computers. Once inside the mind of the group’s leader, the player had easy access to the cybernetic implants of everyone underneath them. What followed was a grisly series of suicides, as the player took control of enemies and forced them to detonate hand grenades or shoot themselves in the head.

The team from CD Projekt also ran the same mission with a more combat-focused build. With super strength, the player was able to rip open locked doors with her bare hands, pull mounted weapons off of turrets and turn them on the enemy, and mow down wave after wave with sustained automatic weapons fire.

In motion, the combat-focused build made the game feel more like a clumsy cover shooter, something a bit like The Division 2 played in first-person. The enemy AI, for its part, was having quite a bit of trouble keeping up. Many times during the demo they appeared to get stuck on the environment, melee flailing wildly at nothing at all. As it stands right now, the more dynamic, improvisational, and frankly interesting way to play Cyberpunk 2077 seems to be as a Netrunner.

Of course, CD Projekt explained that fixed character classes aren’t really a thing in Cyberpunk 2077. With its system, players are able to mix and match abilities from many different combat styles to create their own, highly personalized characters. At the core of the experience will be traditional tabletop skills, with stats representing reflexes, cool, technical ability, body, and intelligence serving as the baseline for character creation.