EA Sports has taken the extraordinary step of informing players, with an in-game message, that it has removed Dutch football great Marco van Basten from its FIFA Ultimate Team mode in FIFA 20.

The ban comes following an appearance on the Netherlands’ top sports broadcast network, in which van Basten, off camera, says “Sieg Heil” as a German football manager leaves an interview. Van Basten says he was mocking the German accent of the pitch reporter in the clip. Fox Sports suspended van Basten for one week.

Van Basten, 55, is an analyst for Fox Sports in Europe, played forward for the country’s famed AFC Ajax club, won the Ballon d’Or three times as Europe’s top football player, and helmed the Dutch national team when it made the elimination stage of the 1990 World Cup.

That resume earned van Basten a coveted appearance in FIFA Ultimate Team’s pack of player cards, rated 89 to 93. Though van Basten no longer appears in the Ultimate Team auction house, he can be found with a player-name search — probably because those who already own the player have listed him for sale, and EA Sports doesn’t want to penalize them.

Today, players logging in were greeted with this message from FIFA 20’s development team: 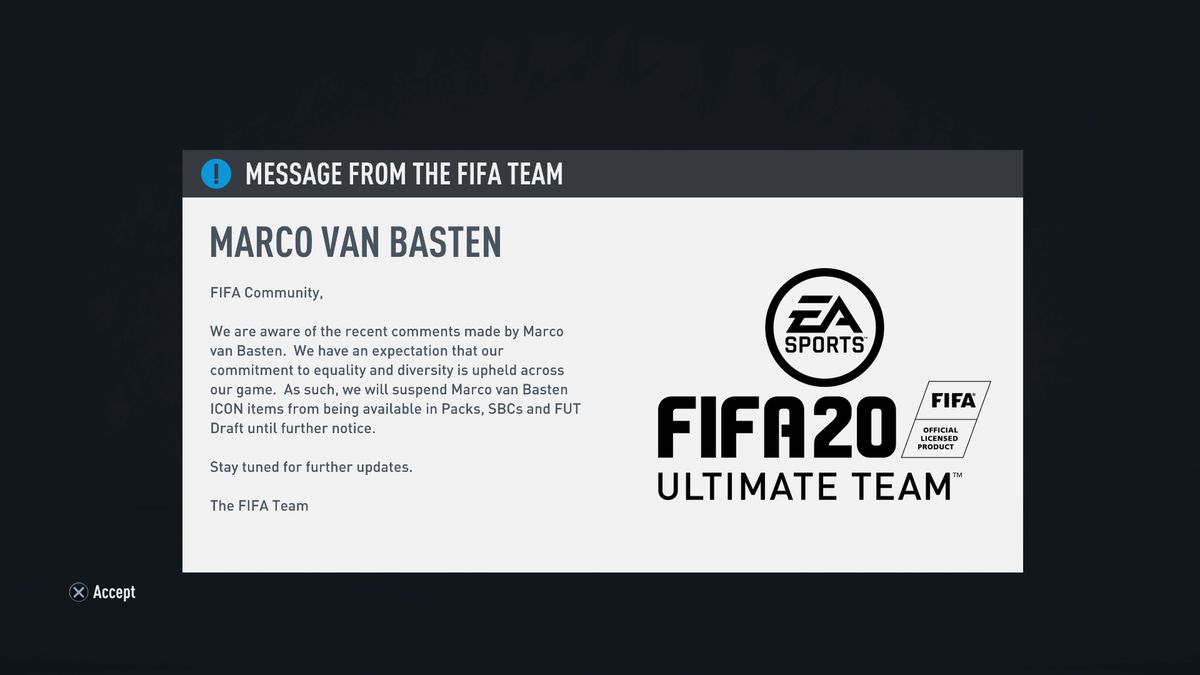 Van Basten is out of FUT’s all-star lineup “until further notice,” so this may not be a permanent ban. EA Sports has, in the past, removed players from its games’ Ultimate Team lineup for off-the-field transgressions, most notably with NFL player Ray Rice in 2014.