Since season 3, with the infamous John Wick-esque skin, The Reaper, Fortnite has dabbled in skins that are almost based off real-life characters. But, with the new Avengers: Endgame-inspired event, Fortnite has its first official skin of a fictional character: Black Widow.

The skin includes a Black Widow costume for 1,500 V-Bucks that comes with both red and blond hair to match Natasha’s dual looks in the Marvel movies. 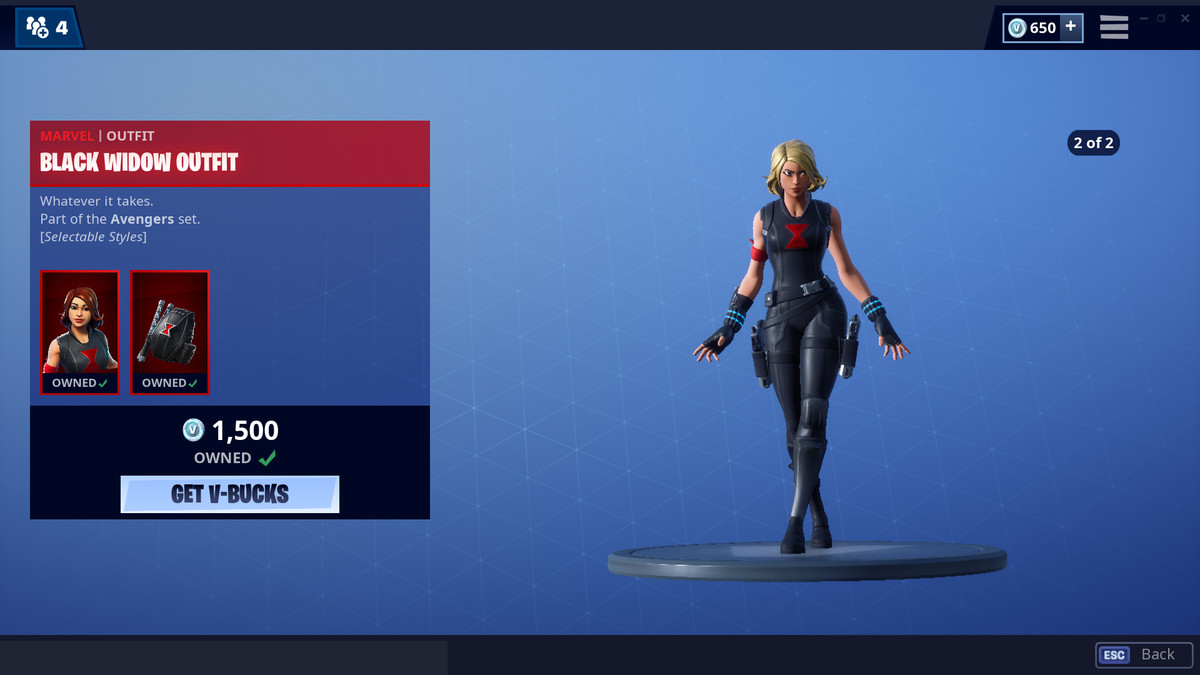 There’s also a harvesting tool that looks like one of her shock batons. It’s called Widow’s Bite and costs 800 V-Bucks. 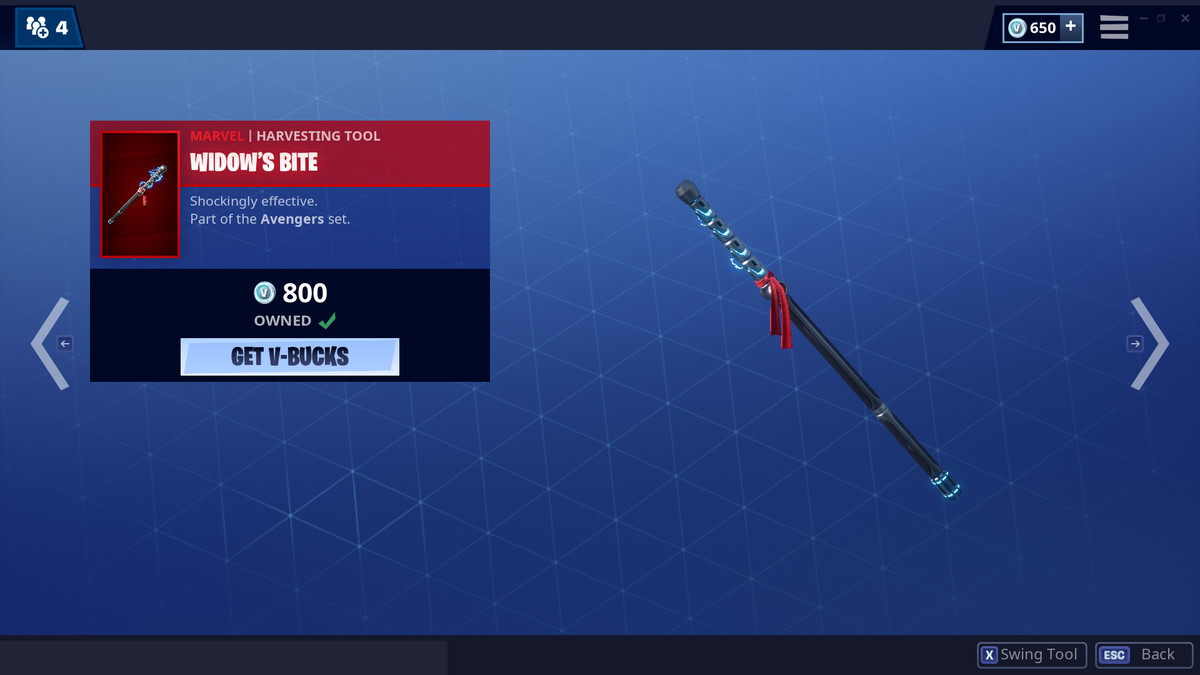 There’s even a new emote, Widow’s Pirouette, that’s more or less one of her moves from Iron Man 2, the first MCU movie the character appeared in. 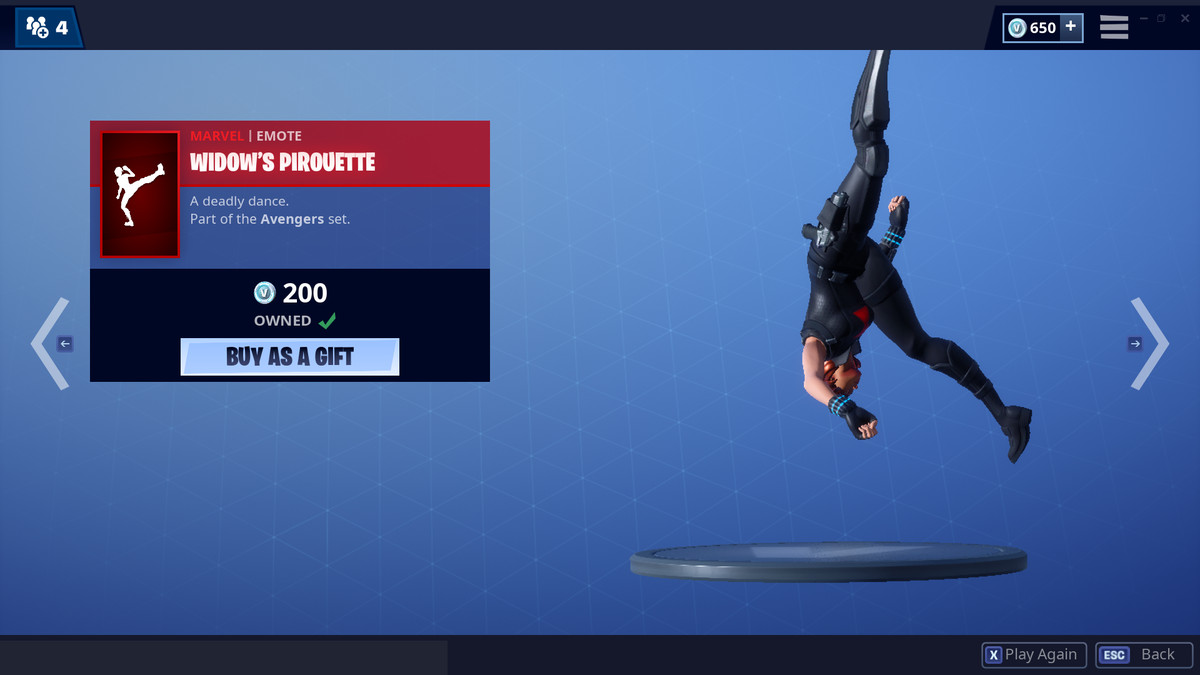 This isn’t the only cosmetic coming to Fortnite as part of the new event. The Avengers’ Quinjet is also coming to the game as a deployable glider. All you have to do to earn that one is complete challenges in the new Endgame mode. There are also a few smaller unlocks attached to those challenges which mostly include completing matches and doing damage with certain weapons.

Fortnite’s news screen also mentions that another skin set will be coming to the game along with Black Widow’s. However, whatever that set may be, it isn’t in the game yet so we’ll have to wait until later in the Avengers event to see what these skins might be.