You can get a peek at the half-dozen characters included in the Kombat Pack — including already released fighters Shang Tsung and Nightwolf — in the trailer above.

Release dates for those DLC characters are also confirmed. The Terminator will be next in the lineup, coming Oct. 8, while Spawn will round out the Kombat Pack roster on March 17, 2020. 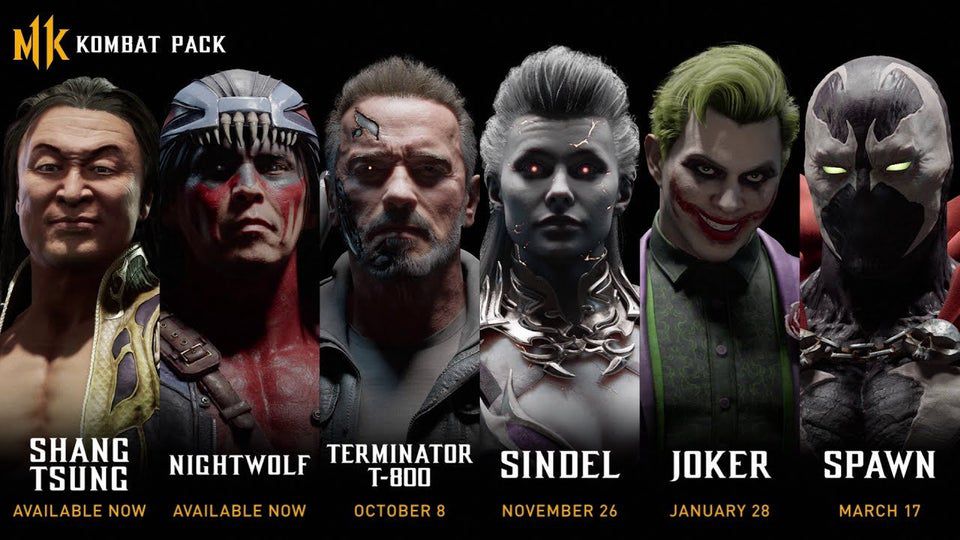 It’s worth pointing out that these characters’ names had been datamined out of the game long ago, if not also confirmed by other means. Todd McFarlane, the creator of Spawn, outed that character back in December. The Terminator and Joker were found by datamining fans later. Spawn was formally confirmed (along with his voice, Keith David), as were Shang Tsung, Sindel, and Nightwolf, in late May.

Not mentioned is Ash from Evil Dead, who has been part of a cat-and-mouse tease campaign going back to the late spring. The late May trailer promised two more guest characters, hinting at both Ash and Terminator. Perhaps Bruce Campbell’s hero will show up sometime next year.

Mortal Kombat 11’s Kombat Pack is $39.99; fans who bought the $99.99 premium edition got it included. In addition to the fighters, Kombat Pack owners get a bunch of other skins for existing roster members, and one-week early access to new content.