Remedy already issued a performance update for Control on PlayStation 4, with the patch coming to Windows PC, and Xbox One “soon,” but is now ready to share more on its substantive content updates. In a blog posted to Control’s official website, Remedy says it will create “additional game content all the way through 2020,” and that a small team of developers has already been working on post-launch content.

Control will get an official Photo Mode this fall — the developer noted in its post that “crafty PC players” have already “unlocked” their own versions of the mode. Control’s stunning Brutalist architecture, all concrete and angles in the Oldest House, are especially primed for an artistic eye using the upcoming Photo Mode. There’s just so much to the world to capture and explore. Remedy says more information about this mode is coming soon. 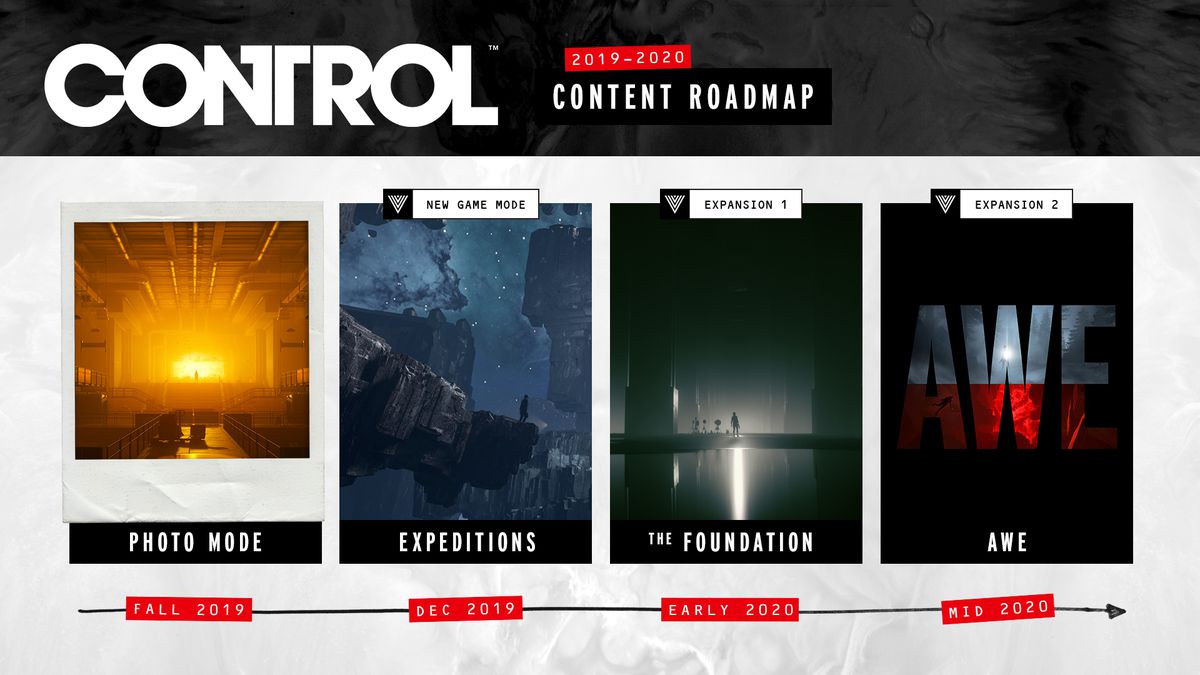 Additionally, players can expect an entirely new game mode called Expeditions. The “challenging new end-game mode” will put players in the Formation as they take on “some of the greatest challenges” that the Oldest House has to offer. The mode will be free for everyone.

Control review: a technical marvel, and an artistic achievement

The second expansion is AWE, which will let players into a new part of the Oldest House — the Investigations Sector, where the Bureau looks into Control’s “altered world events,” the paranormal happenings around the world when alternate dimensions align. Remedy hasn’t said exactly when either of these expansions will be released, or how much they will cost.

Control is available now on PlayStation 4, Windows PC, and Xbox One.