Untitled Goose Game already had its moment in the sun during The Game Awards in December, but that awful little bird was back again this week, winning game of the year (among other honors) at the 2020 DICE Awards.

It’s a remarkable feat for the tiny team at Melbourne, Australia-based House House, which was unable to attend the awards in person. “This is such an incredible, surreal honour,” the studio said in a tweet, adding that it was a challenge even recording an acceptance speech on video because “it was impossible to imagine actually winning.” The other contenders for the top prize this year were Remedy Entertainment’s Control, Kojima Productions’ Death Stranding, ZA/UM’s Disco Elysium, and Mobius Digital Games’ Outer Wilds.

Even more remarkable is the fact that all of the previous GOTY winners in the DICE Awards’ 23-year history are games from big-name publishers. For such a small, self-published title to earn this honor from one of the industry’s biggest bodies — from a group of its peers, as the AIAS membership consists of game developers and other people in the industry — is quite an anomaly.

DICE, not to be confused with the Battlefield studio EA DICE, is an acronym that stands for Design, Innovate, Communicate, and Entertain. The DICE Awards are the centerpiece of the annual three-day DICE Summit, hosted in Las Vegas by the nonprofit Academy of Interactive Arts & Sciences (AIAS), a more than 30,000-member-strong game industry group. This year’s awards show, which took place Thursday night, was hosted by Greg Miller and Jessica Chobot.

The first game to win a DICE Award as game of the year was GoldenEye 007, published by Nintendo back in 1997. Other winners include The Sims (Electronic Arts), Gears of War (Microsoft Game Studios), and Journey (Sony Computer Entertainment).

In addition to the usual categories, AIAS also inducted Connie Booth, vice president of product development at Sony Interactive Entertainment, into the AIAS Hall of Fame.

All the winners from The Game Awards 2019

“Booth has been integral in helping produce numerous critically and commercially acclaimed SIE games over the past 25 years,” AIAS said in a news release, “including Syphon Filter; SOCOM: U.S. Navy SEALs; Jak and Daxter; Sly Cooper; Ratchet & Clank; Infamous; Resistance Fall of Man; Uncharted; The Last of Us; Days Gone; and Marvel’s Spider-Man. Booth also has been dedicated to incubating younger talent to create wonderful experiences for PlayStation fans.” 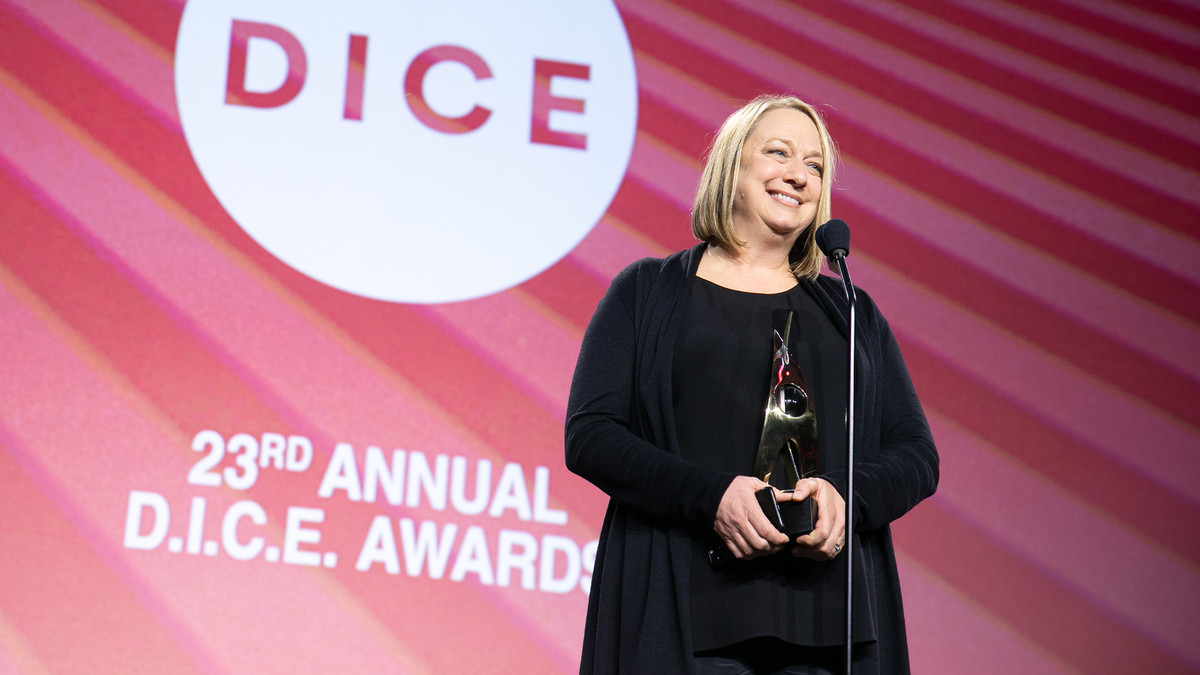 Game of the Year

Outstanding Achievement for an Independent Game

Action Game of the Year

Adventure Game of the Year

Family Game of the Year

Fighting Game of the Year

Immersive Reality Game of the Year

Online Game of the Year

Racing Game of the Year

Role-Playing Game of the Year

Sports Game of the Year

Strategy/Simulation Game of the Year

Portable Game of the Year

Update: We’ve updated this story to include commentary from House House, the team behind Untitled Goose Game.