When I boot up Rainbow Six Siege today, I’m playing a completely different game than the one Ubisoft released in 2015. After three years and change, there isn’t a part of the tactical multiplayer shooter that hasn’t been chopped and screwed. The operators, weapons, menus, servers, destruction — nothing has been deemed untouchable in the eyes of both its developers and its fans. In 2019, Siege is one of the finest multiplayer experiences around. But even folks who don’t play the game can appreciate how it carved a new path for the sustainability of AAA games, and for the possibilities of cooperation between developers and fan communities.

There’s a lot that keeps me coming back to Siege after over 1,000 hours, thanks to a near-constant drip of new tweaks and additions. Every few months, Ubisoft drops two operators that shake up the game’s malleable meta. Alongside them, we get additional tools and environmental challenges: one-way mirrors, laser drones, holograms, spike traps. Content is delivered on a strictly scheduled roadmap that gives me a sense that my investment in the game is matched by its creators.

[Read our original review of Rainbow Six Siege from its 2015 release.]

Unlike Blizzard’s vague hints about new Overwatch heroes that eventually become announcements, a new Siege season feels more like the scheduled return of your favorite TV show. After the success of Siege, Ubisoft applied the same seasonal model to For Honor and Ghost Recon Wildlands. Even Apex Legends’ upcoming roadmap looks familiar.

The side effect of Siege’s frequent injection of new mechanics is near-constant bugs. Ubisoft has made big strides in the past year to increase its bug-squashing efficiency, but issues persist. A bug with breaching charges last year turned Blitz into a hip-fire demon. Another exploit with Jäger allowed players to attach a deployable shield to his weapon, creating an unstoppable monstrosity. As every big patch fixes old bugs, new operators or maps spawn new issues that stick around for weeks or months. Rarely is any one bug or exploit game-breaking, but it’s frustrating that Siege never feels as smooth and polished as traditional shooters. 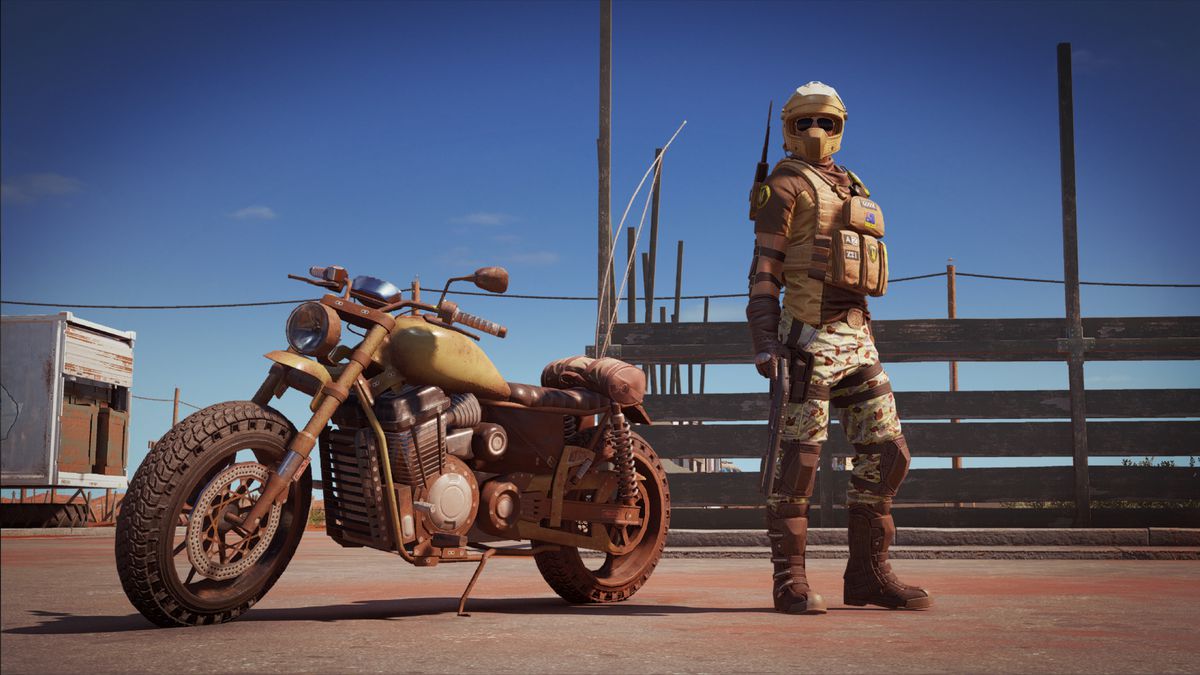 I’ll always have a sizeable list of ways Siege should be better. Ranked play has major flaws that keep it from feeling competitive; bugs take too long to fix; and Blackbeard’s dumb rifle shield is overpowered (don’t @ me). Still, I love the mess. I’ve made peace with the fact that if a developer regularly makes big changes to a game, it will regularly be a little busted because of them.

Siege first hit the scene before “games as a service” was a buzz phrase. The game sat quietly in the background while monster hits like Overwatch, PUBG, Fortnite, and now Apex Legends rose to worldwide popularity. Despite the stiff competition, Siege’s player base has only grown over time, recently hitting 45 million players. It continues to succeed because the other popular shooters of today aren’t really its competition.

There is no Pepsi to Siege’s Coke. No other game has attempted Ubisoft’s unique blend of tactical gunplay, asymmetrical roles, operator abilities, and freefrom level destruction that makes every match feel different. Across the 26 operators introduced since launch, Ubisoft has successfully crafted gadgets that add twists to the meta without any one character feeling too samey. Some modify the environment (like Maverick’s wall-melting blowtorch) while others focus on intelligence and countering other tech. 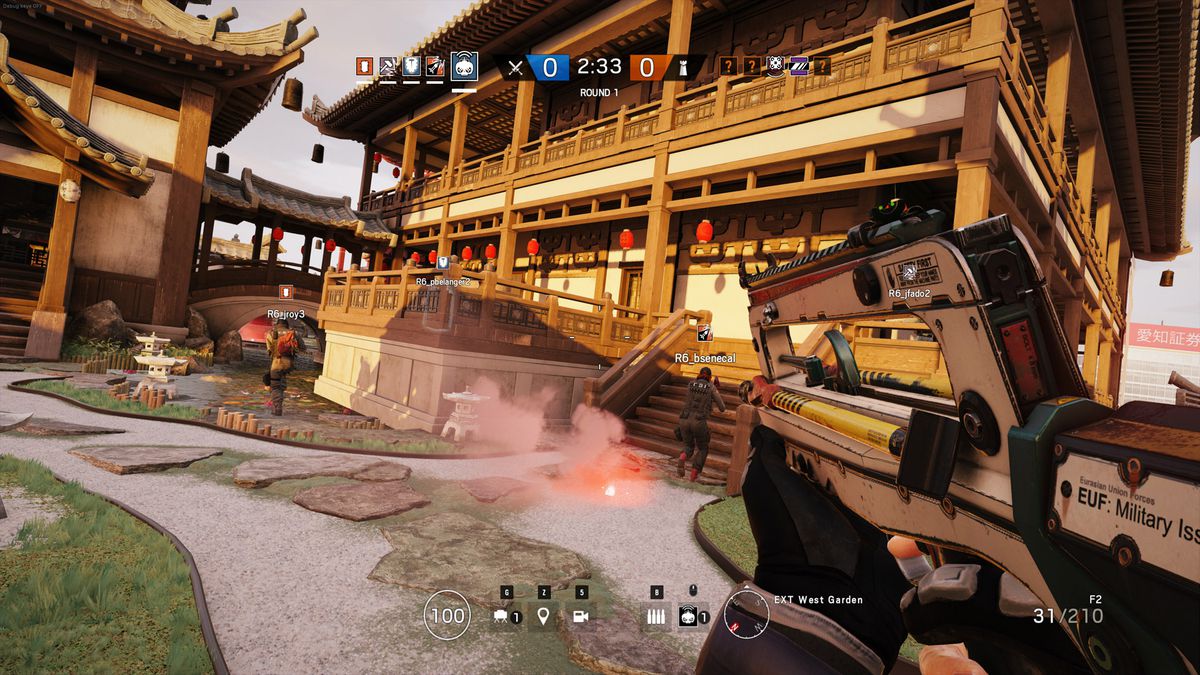 A personal favorite of mine is Jackal, an intelligence expert who can activate his Eyenox visor to see enemy footprints and track down their locations. Playing Jackal is like playing two games: the one where I clear rooms and shoot things, and the one where I sift through a jigsaw puzzle of footprints on the ground to discover if someone is hiding around the corner. The newest defender, Australian adrenaline junkie Mozzie, flips the basic concept of droning on its head. He can deploy tiny robotic “pests” that hack enemy drones and turn control over to him. Gone are the days I could carelessly drone the map and shrug if my drone got shot. When there’s a Mozzie in play, I have to be careful not to lose my drone and give the enemy another camera in the process.

It’s been a joy to watch Siege grow more inclusive over the years. The game launched with only three women in its roster of 20. Every single post-launch season has added at least one woman for every man. Of the 26 operators added since 2015, 14 are women, many of whom are women of color. Characters represent different cultures, body types, and personalities. As more operators have been added, the number of countries represented has grown from five to 16. Country of origin has no bearing on what an operator does or how they play, but the character variety is one of my favorite things about Siege. Ubisoft seems to genuinely care about representing different cultures (possibly to better market the game in other territories, but I sense a less cynical mission for diversity as well).

In some ways, Siege feels like an active rejection of both the sticky machismo and self-serious military espionage found in Tom Clancy’s original novel and the early Rainbow Six games. Its tone is more idealistic, focused on teamwork and cohesion instead of a global conflict and politics. An absence of traditional storytelling in-game becomes an advantage, allowing the gameplay itself to set the tone. Siege is part gripping reflex test and part cooperative chess match. I don’t care why all of these operators are gathered together fighting against each other. It doesn’t make sense, and it also doesn’t matter. My investment in the lore happens outside of the match, reading about an operator’s life or watching a world-expanding cinematic short in which Thatcher clocks a hooligan with a billiard ball. 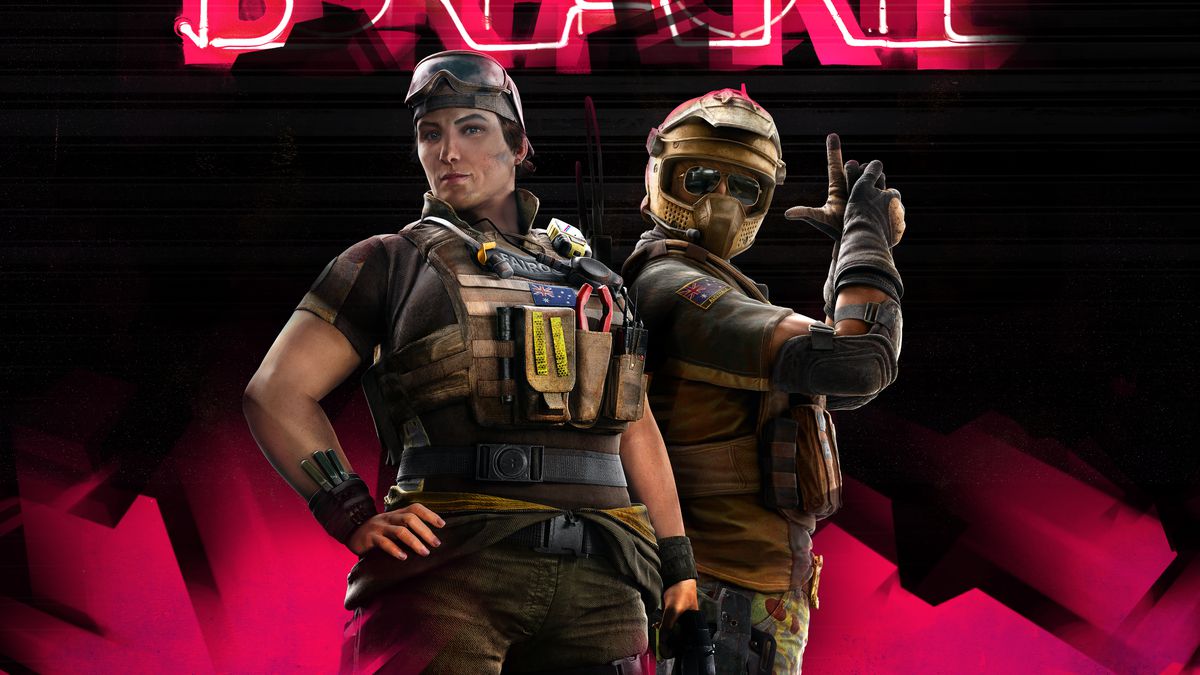 More so than most of its contemporaries, Siege knows itself. Its creators understand when to focus on tactics and realism. And they equally understand when to leave that mission at the door to make their game’s gadgets exciting and its roster inclusive. This has only become more true over time.

Siege is at its most thrilling when I squad up with a few friends. Information is half the battle, so having teammates you can trust to make accurate and useful callouts is often how the hardest fights are won. Dying early in a round sucks, but it’s equally fun assuming control of cameras and helping in the limited way I still can. Watching a friend use the intel I’m feeding them from a hallway camera to get the round-winning kill is more satisfying than the win itself.

When I’m not playing with friends, good teamwork can be a coin flip. Siege’s growth in popularity has also brought about a huge toxicity problem. Some changes, like reverse friendly fire, show promise. But despite good intentions, Ubisoft has been slow to offer reliable solutions for player communication. If someone is abusive in chat or in the game, the only thing I can do is hit the report button. For a more robust report, I have to go through Ubisoft’s support site. The text chat filter nullifies attempts to use racist or homophobic slurs, but the burden of proof for verbal toxicity or hacking falls on the victim, who is expected to record the offender. 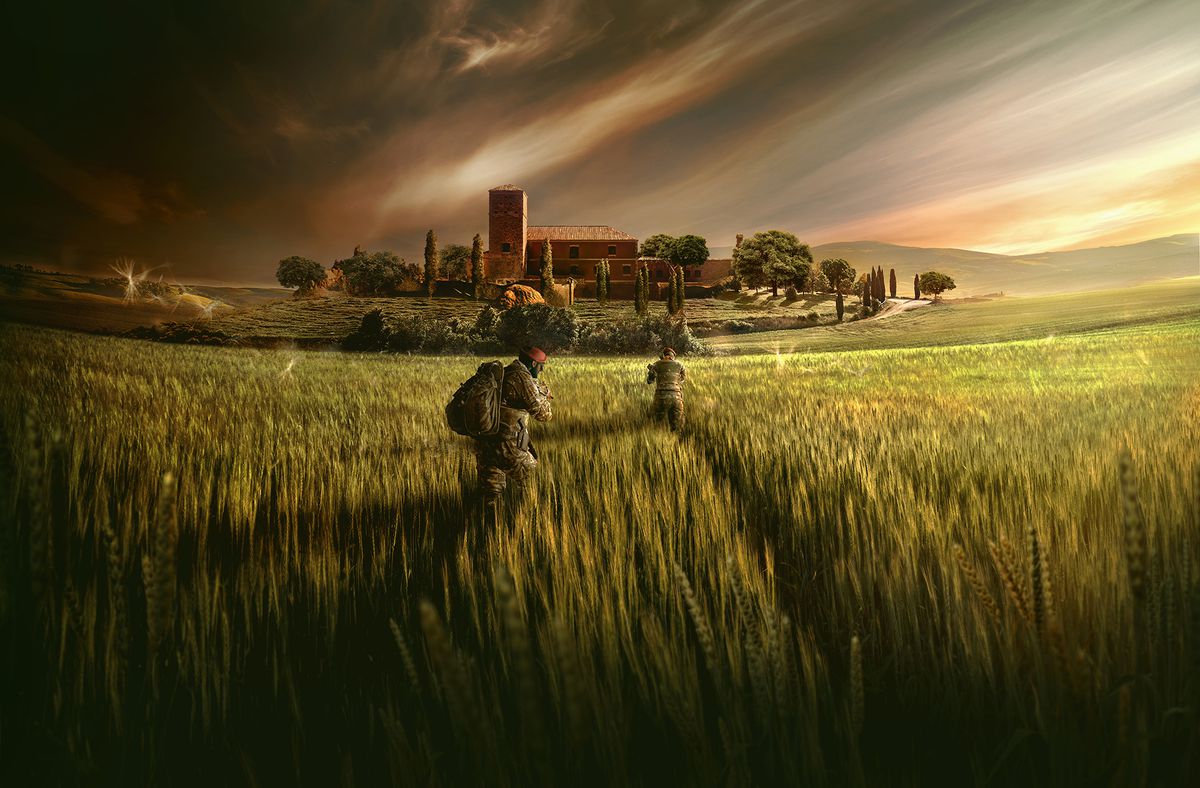 As a straight white man, I have it pretty easy: I’m not attacked simply for how I sound. But I still constantly see Siege’s toxic culture in action. In a game where verbal communication is everything, muting garbage people and hoping my report helps isn’t good enough. There clearly isn’t enough of a reason for assholes to not be assholes, and it has a real effect on my motivation to play. Nowadays, I won’t play at all if I’m not with at least one friend to brave the wilds alongside me.

If a year from now, I’m still sitting here wishing Ubisoft did more to punish its worst and protect its best, I don’t know if I’ll be among them. I don’t expect game developers to entirely solve toxicity, but I do expect them to do everything they can to thwart it. Siege doesn’t right now, and that failure could have lasting effects.

Siege feels different than other service games. It’s not a relaxing distraction to play while chatting with friends; it’s closer to an intense, regular game of pickup basketball or amateur league softball. It sounds weird to unwind from the workday with a game that causes further stress, but its escapism is unmatched. We’re invested in every round, transitioning from English to a makeshift language of two-word callouts (“Sledge classroom” or “movement southwest”).

It’s still a social experience, but one about building bonds and improving teamwork. A friend who also plays Siege and I know each other so well that now we operate like a single unit, supporting each other and covering flanks without saying anything at all. I crave the golden moments of pulling off something clever with him. Ubisoft has an incredible game on its hands, but it needs to be more nimble to fight off its problems. I have hope that it’ll get there. I want to keep loving my favorite game.