The Mass Effect trilogy sees Shepard take on a cybernetic race of ancient, sentient starships from dark space with their ragtag crew of lovable aliens. If you’ve played Mass Effect for yourself, you’ll know that the third and final game of the original trilogy ends… interestingly. A lot of people weren’t very happy.

For what it’s worth, it could have been a whole lot worse. As it turns out, the Reapers – aka the aforementioned ancient, sentient starships from dark space – were woefully understaffed for the task of destroying the galaxy. This, reader, is thanks to a minor typo, which has become one of my favourite pieces of trivia about Mass Effect.

Chris Hepler, who provided additional design and writing feedback for the first Mass Effect game before going on to write major characters and quests for Mass Effect 2 and 3, tells me that he wrote the Codex entry for Harvesting. This process represents the speed at which Reapers can kill humans and turn them in into “DNA-rich juice.” It’s worth noting that Hepler wrote a significant amount of Mass Effect Codex entries throughout the series, taking up the mantle of “loremaster” after Chris L’Etoile departed BioWare. 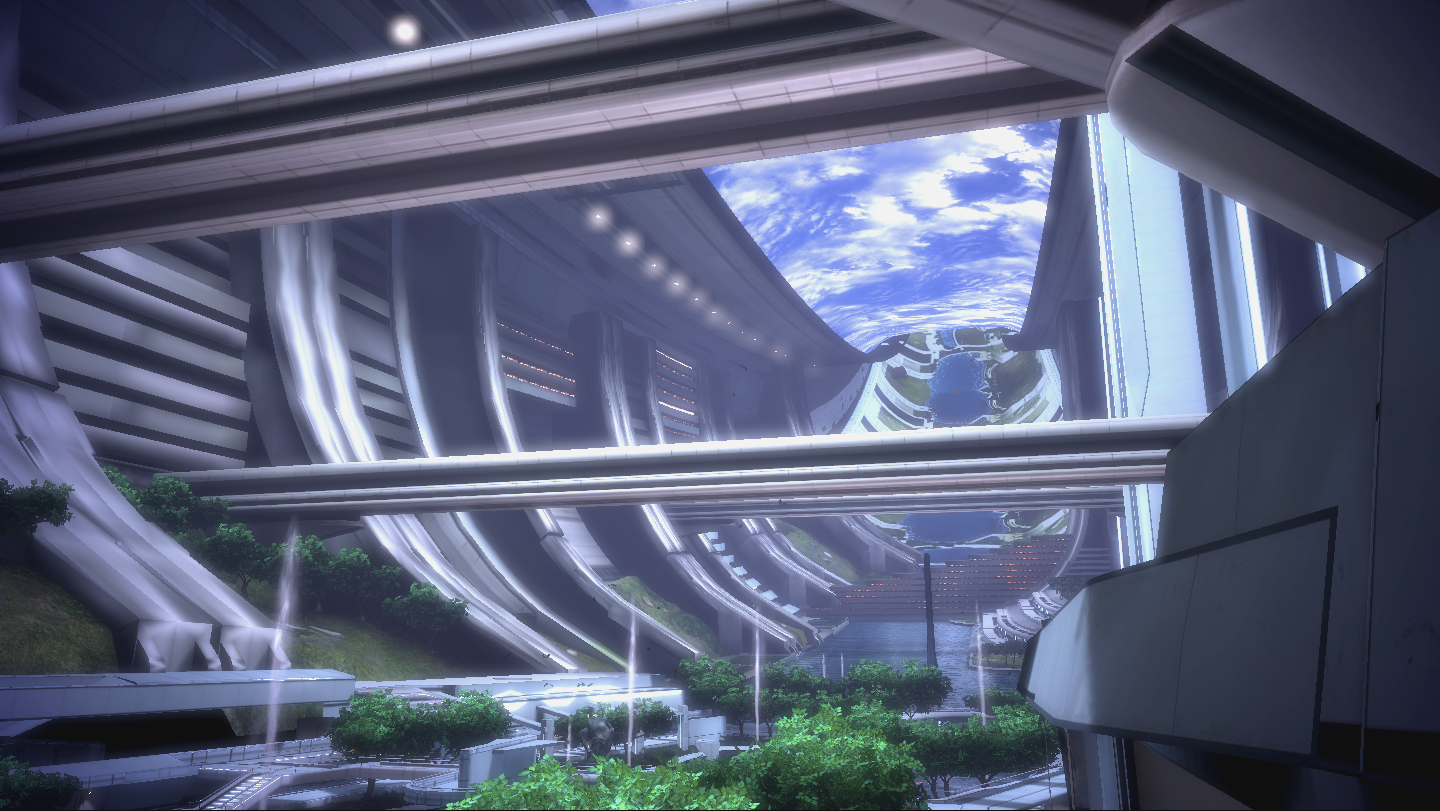 Anyway, Hepler conducted quite a bit of research before determining how the Reapers’ Harvesting would work. He wanted to make sure that it was accurate to real life – remember, the science informs the fiction, as opposed to the other way around – and so he began to study similar processes in modern society.

“Human wars were simply not fast enough for our purposes,” Hepler explains. “I spent an inordinate amount of time reading up on how many chickens, pigs, and cows a slaughterhouse can process in a year, and balanced the numbers so that about two billion out of 11 billion Earthlings would be killed by the time the final battle takes place in London – enough to be the most devastating war in human history, but not so many that it seems like a Pyrrhic victory.

So, as you can see, it looks like around 3,600 Reapers didn’t get the memo. I suppose it’s worth remembering that these awesome and ancient machines nap for approximately 50,000 years between each galactic invasion, so it’s not too difficult to imagine that a few thousand of them accidentally slept it out. Their mates were probably fuming when they came back.

This is obviously just a minor typo that doesn’t change anything – Shepard’s story was always going to end in one of three ways, and the Reapers still harvest the same amount of humans in terms of the story. It’s just funny to consider the fact that a minor typo meant that exactly 10% of the Reapers’ planned invasion force actually arrived. It’s a bit like if the portals scene in Avengers Endgame ended right after Black Panther shows up, instead of about 500 other portals opening up over the course of the next 30 seconds.

In case you weren’t aware, we’ve been running quite a lot of Mass Effect coverage this week, from details about a cancelled Mass Effect multiplayer FPS to the fact that up to ten alien species were cut from Mass Effect Andromeda because of… cosplay. There were also reportedly ideas for a Han Solo-inspired spin-off game at one point, but they were ditched before Mass Effect 2.

Speaking of Mass Effect 2 – although it is often regarded as the best game in the series, it also reportedly had the least crunch.

Next: How Mass Effect Inspired The Games Industry And Beyond

Fantasian may be last ever soundtrack from Final...