I was a big fan of Hyrule Warriors: Age of Calamity, which you’ll probably already know if you read my review. While I recognize that a lot of people who adored Breath of the Wild weren’t quite as enamored with Age of Calamity as I was, I didn’t adore Breath of the Wild, and seem to be the only long-time Zelda fan around town who actually preferred Nintendo’s more recent effort.

One of the main reasons for this is that I enjoyed actually getting to know the four Champions. Sure, a lot of the story beats in Age of Calamity retreaded ground that had already been covered in Breath of the Wild’s flashback sequences, but having the ability to hang out with Daruk, Revali, and Mipha while they weren’t dead was brilliant.

I left Urbosa out on purpose because she’s better than brilliant, and has quickly become one of my favourite characters in the entire Zelda series. So here’s my question, Nintendo: Urbosa game when? 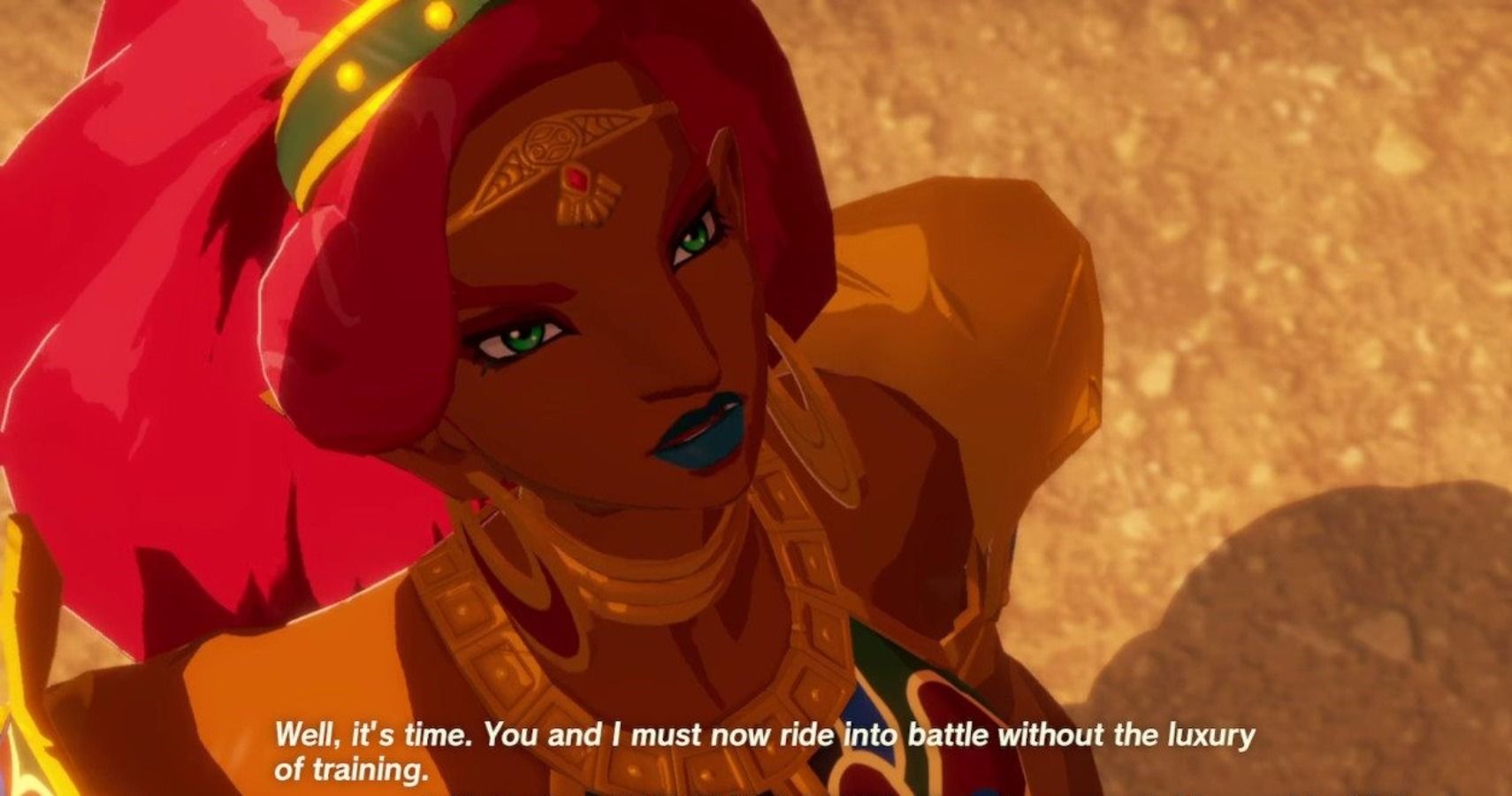 I have always been fascinated with Gerudo Valley. The art is consistently amazing and the characters — all of whom are women except, erm… Ganondorf, which says a lot about Gerudo lads — always shine. Nabooru, Ganondorf’s second-in-command who rebels against him in Ocarina of Time, immediately springs to mind, as does Riju, the child ruler of Gerudo Town in Breath of the Wild. Unfortunately, aside from these two and Twinrova — Ganondorf’s twin surrogate witch mothers, yes that is what I wrote — there are precious few Gerudo characters who play a major role in the series. And given how remarkably well-written every single scene with even a hint of Urbosa in it is, that’s something that definitely needs to change.

For those who haven’t had the chance to play Age of Calamity yet, here’s all you need to know: Urbosa is a legend who shoots green lightning out of her sword. She weaves around her enemies while slicing and dicing them amid electrical storms before turning to face the camera and snapping her fingers as they essentially explode. It’s as stylish as the Persona 5 All-Out-Attack animation, except Urbosa is miles better than every single character in that game. She’s my favourite of the four Champions by a long shot: I like Mipha, but she’s often kind of left in the background; Daruk is fun, but that’s literally all he is; and despite the fact that Revali is pretty cool, he’s also a huge dick.

Urbosa’s sharp wit contributes to some of the funniest scenes in Age of Calamity — the genuine ones, I mean, as opposed to the goofier slapstick imbued in every single Kohga scene — but also allows her to give one of the most sincere and affecting performances in the game. She is a fierce leader who is also refreshingly open about caring for Zelda, and she is quick to defend Link when Revali’s ego threatens to crack his skull open from the inside. As an authority figure, she’s perfectly composed and collected, but there’s so much more to her than her position — something that makes exploring her life prior to being placed in said position an enticing prospect.

An Urbosa game wouldn’t just be great because of how inherently excellent she is as a character, though. Gerudo Desert, Gerudo Town, and the Desert of Doubt are all fantastic maps with banging soundtracks and remarkable topography — an important aspect of a game as fundamentally invested in puzzle design as Zelda. The overall aesthetic of Gerudo Valley is also intriguing when you compare it to the more common biomes of the series, like Hyrule Field or one of 1,000 different forests. On top of that, all of the few Gerudo characters we’ve met to date have been brilliant. Except Ganondorf, who is a brilliant villain but obviously not a brilliant person, what with all the “I want to plunge the world into perpetual darkness” stuff.

Urbosa is the ruler of her people in Age of Calamity — to think her unwritten history isn’t teeming with intrigue would be short-sighted. I would be very interested in seeing her relationship with Zelda’s mother develop prior to the events of Age of Calamity, and I’d love to see her repeatedly beat the shit out of a young and potentially even more outlandishly stupid Kohga. A game with her as the protagonist could also pave the way for a range of other Zelda spin-offs — give me a pre-Big Bad Vaati game! — and offer us insight into one of the series’ most iconic but criminally unexplored regions.

But, and this is the most important bit: an Urbosa game would give us far more time with Urbosa herself, a remarkably compelling character who, as it stands, deserves approximately 1,000 more hours of screen time. Just do it, Nintendo. Please. 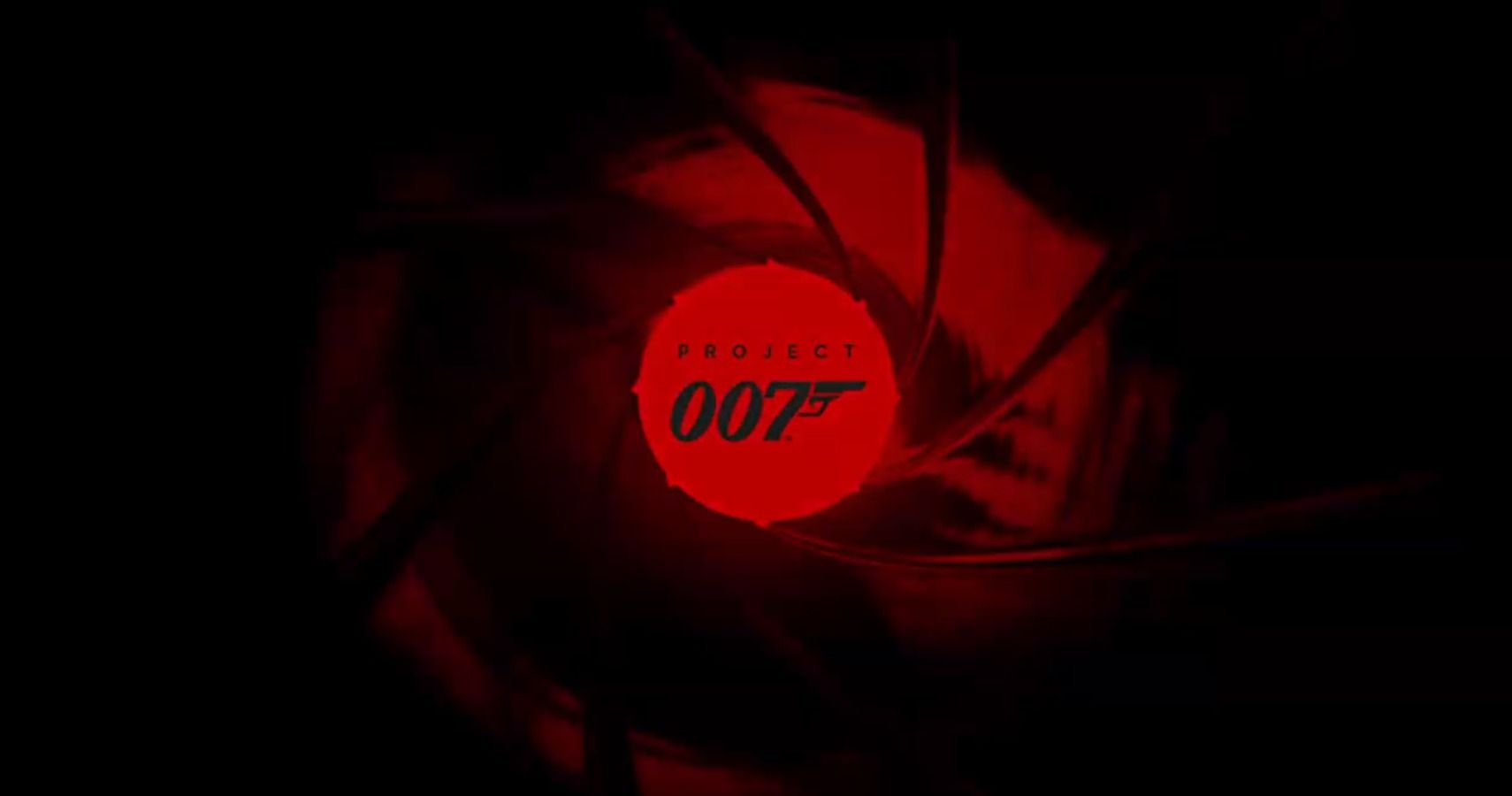