The Animal Crossing franchise truly lives up to its name, providing players with an opportunity to live and work alongside a variety of anthropomorphic animals. As you grow your town, or island in the latest installment, different villagers will come and go. Each one is a different animal wearing clothes and wanting a chat.

However, these aren’t the only animals in the franchise. So what about the others? Why doesn’t that lonely looking bird on the notice board in New Horizons want to say hello?  We take a look at the weird world of Animal Crossing and speculate as to why some animals aren’t given the gift of speech.

What Makes A Villager?

Villagers come in all shapes and sizes. There are almost 400 of them in New Horizons, plus special characters like Blathers, the Able Sisters and the Nooks. Each one has a personality type, birthday and catchphrase. They also have a unique style of clothing and house decor.

You can chat with villagers, see them at work or rest in their houses, celebrate their birthdays and even annoy them, if you’re that way inclined. Villagers reside on neighboring islands and can also visit your campsite. Setting up homes brings more residents and gives you a wide selection of animals to chat with. 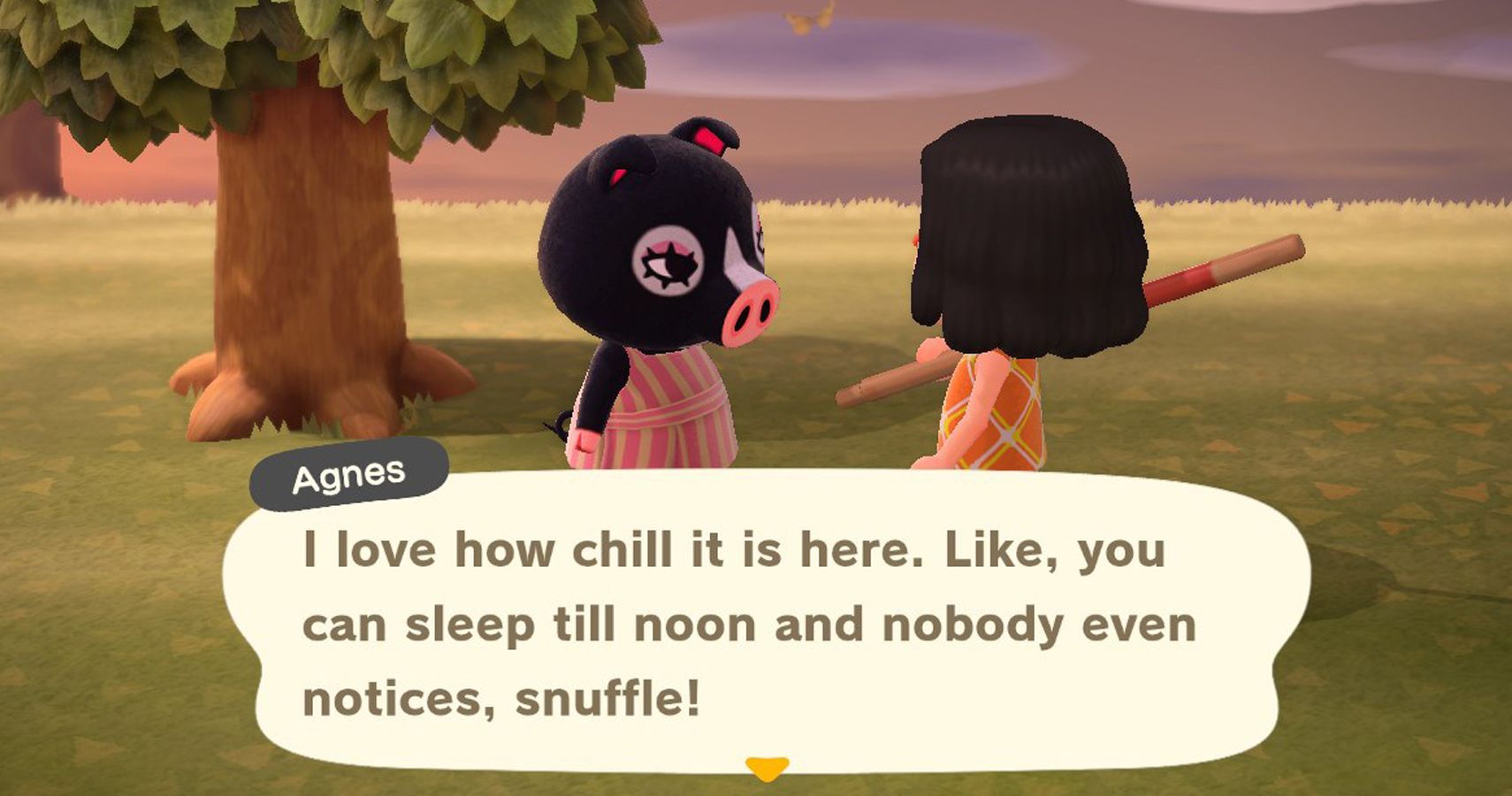 In terms of species, there are cats, dogs, birds, mice, pigs, sheep, lions, tigers, chickens, ducks and more. You can even welcome penguins, hippos, gorillas, and koalas. The real question, however, is what did these villagers do to gain the power of speech when the island still contains many other mute animals?

The most obvious other lifeforms on the island, apart from players themselves, are the fish and bugs that roam around. We’ll come back to the ethics of that one, but first, we’re still wondering how frogs can walk and talk but butterflies are still just being butterflies. Even more puzzling is the yellow bird we mentioned earlier.

On top of the notice board in the plaza sits a small yellow bird. He may not seem special but he poses a question. Why does he have to stay almost permanently seated on the board chirping away while Admiral, Jacques, Lucha, Midge, and friends all have houses and a nice comfortable life chilling on the island? 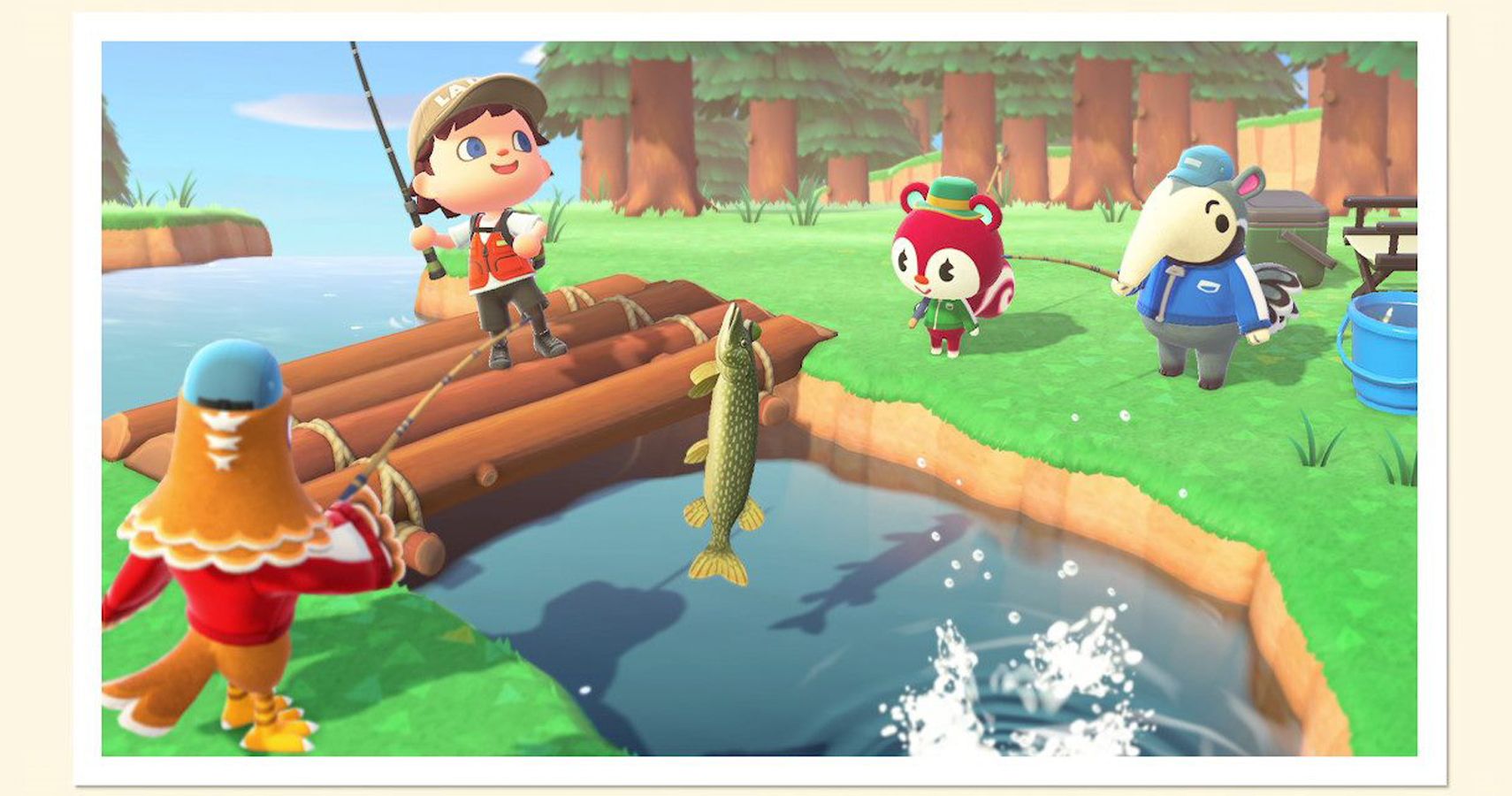 What is the criteria for anthropomorphization? Do you need excellent animal skills? Good contacts? To scavage enough bells as an animal to slip some to Tom Nook? We have so many questions and far too much time to think about them right now. Which has led to our next question, ethics.

The Ethics Of Animals Vs Animals

While it seems like there are some implications to animals participating in fishing tournaments or bug hunts, we can — for the most part — justify this. Animals need to eat after all, and bugs and fish are often low down on the food chain, providing nourishment for hungry animals. You see penguins eat fish in the real world so a fishing penguin makes sense. The problem comes with some of the more obscure animals.

Enter Octavian, a cranky octopus villager. When Twitter user PunishedRad decided to place the fishing reward of a stand filled with what we can only assume are late baby octopi in his house, they didn’t anticipate this heartbreaking event.

This isn’t the only case of villagers meeting their regular counterparts either. There are 8 hamster villagers and there are also hamster cages for sale in Nook’s Cranny. This means that anthropomorphic hamsters can own regular hamsters. Rumor has it that Flurry does this automatically. What’s up with that?

We can’t help but think Tom Nook is behind all this. While some may not agree, there’s just something about him that suggests he made some less than savory decisions back in the day. Maybe he cut a deal to give the gift of life to certain animals? After all, he has a lot of towns to populate.

Otherwise, we start to get into true conspiracy theory territory — and we’re not prepared to do that. It’s easier just to blame Tom Nook. After all, he gets blamed for everything else. The other option is Isabelle, but her face is too innocent… unless of course, she’s day drinking to block out the consequences of her actions.