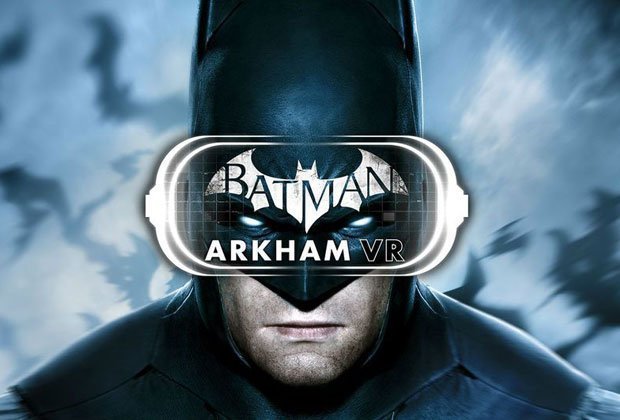 With no new Rocksteady title announced since 2015’s Arkham Knight, it’s time to put on the cowl and grab your utility belt – this time in VR. Is Arkham VR worth getting your cape in a twist over?

Opening with Bruce Wayne equipping the iconic armour before descending into the Batcave, Arkham VR feels like pure wish-fulfilment for Bat-fans. While playable with a Dualshock 4, Move controllers allow for infinitely more player agency, offering the ability to more easily navigate the game’s dense spaces for clues.

And investigate you will, as Arkham VR is an almost combat-free experience. It seems a strange decision given the fluid counter-attacking nature of the main franchise, but it works well here, prioritising the Dark Knight’s more cerebral way of solving problems rather than his fists.

Across several vignettes, players can turn, peek, lean in and pick up items in some of Gotham’s seedier regions, and while some of the franchise’s Rogues Gallery returns for a swift Bataranging, the real stars here are the game’s environments.

Be it scanning bodies in the Gotham City morgue after hours, full of eery silence, or reconstructing a crime scene piece by piece in one of the City’s many alleyways, Arkham VR understands that Gotham is just as much a character as it’s protector. That sense of place means that once you finish the game you’ll feel fairly happy to go back and seek out the dastardly Riddler trophies that make their return.

Unfortunately, plot-wise the game struggles to justify its existence over its paltry 45-minute runtime, failing to further the universe’s overarching plot outside of some startling jump scares and excellent voice acting from series mainstay Kevin Conroy et al.

Outside of the Riddler trophies, there are various vehicle and character models to explore in ludicrous VR detail, but this is really more fan service than something you’re likely to go out of your way for. The positive is that Arkham VR is regularly discounted, and even at full-price is a fun way to introduce a Bat-fan to the platform through the use of familiar characters and locations.

If you’re a Batman fan with PlayStation VR, this game is likely already sat in your collection. It’s a short, sweet, tour-de-force, tugging on those grapple-hook heartstrings forged from the original Arkham trilogy. For anyone else, it’s a great introduction to VR but doesn’t do anything to push the franchise or the platform forward.