It may have only been a month since Gearbox Software president Randy Pitchford announced Borderlands 3 at PAX East, but the game itself has been a long time coming.

It’s been five years since the spinoff Borderlands: The Pre-Sequel, and even longer since the series saw a proper numbered sequel. There’s been a lot of content — remastered versions and collections of older games, a Telltale Games adventure, enough DLC to shake a rocket launcher at — but fans have longed clamored for Borderlands 3.

In tech years, a lifetime has passed since Borderlands 2. It was released an entire console generation ago in 2012. What was then considered high-end and cutting-edge has become outdated — practically antiquated. Ultra HD graphics, instant access to streaming content, and “games as a service” have been some of the industry’s defining forces of the last few years, so how will Borderlands 3 fit in?

Returning Borderlands players already know what they want: a 30-to-40-hour shooting spree with lots of interstellar locations prime for looting. (“Loot” can be a dirty word in gaming, at least when it comes before “boxes,” but during a gameplay reveal presentation, Pitchford promised that Borderlands 3 would not have microtransactions. Sage later clarified that skins and DLC “may be available as auxiliary content,” but small in-game purchases aren’t the crux of its revenue structure. “I think people just want value for the money they spend,” Sage said, “and I love the fact that we’re dedicated to that.”) 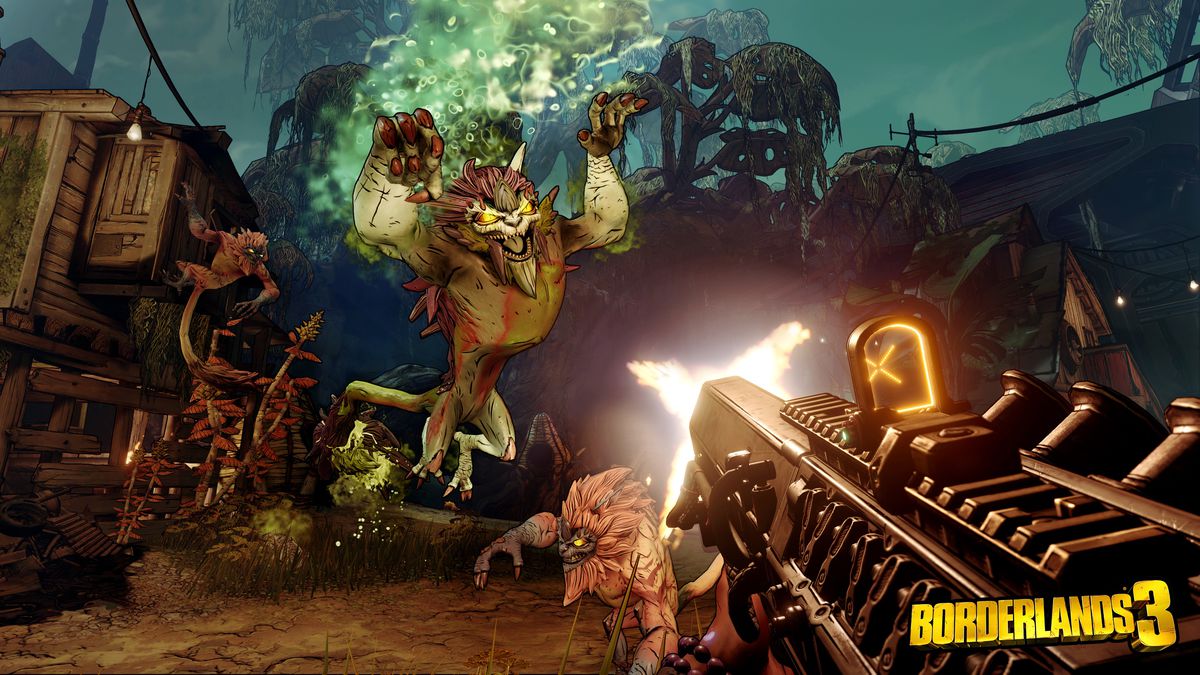 It’s true that if you’re already a Borderlands fan, you know what you’re getting into. Gearbox’s lengthy hands-on demo showcased a new city and new playable characters, but there were also old friends and familiar mechanics. There’s a new threat present throughout: an evil set of twins has unified bandits around the galaxy into a cult-like apparatus called Children of the Vault. Broadcasting propaganda messages such as “Like, follow, and obey,” the Children of the Vault are, as Pitchford described them, “the douchiest livestreamers of the future you can possibly imagine.” As for general gameplay, there are noticeable improvements, but there’s also just a lot of good, old-fashioned shooting every enemy in sight with an increasing arsenal of weapons and picking up every bit of treasure you can find along the way. In other words, it’s Borderlands.

One criticism about Borderlands 3’s initial trailer was that it looked, well, too Borderlands. Polygon’s Ben Kuchera wrote that it looked like another expansion, not a true sequel. What that first footage didn’t show was perhaps the threequel’s biggest addition: the ability to travel beyond Pandora to other planets and systems, as foreshadowed at the end of Borderlands 2. Your new home base is a giant spaceship called Sanctuary 3, following in the tradition of Borderlands 2’s Sanctuary. “We don’t talk about Sanctuary 2,” managing producer of narrative Randy Varnell joked in an interview. Regardless of what happened there, Sanctuary 3 is a place where you can gear up, see old friends, and go to whole new worlds.

Borderlands 3’s hands-on demo took place in one of these worlds, Promethea, dropping into the corporate-run metropolis of Meridian. Only two of the four new characters were playable on Tuesday: Amara, the badass Siren who’s confident but grounded; and Zane, the gadget-obsessed Operative that Varnell described as “the guy at the bar you really want to have a drink with.” Varnell was tight-lipped on the other two characters (FL4K and Moze), though he did tell Polygon, “I love all four. I wanna talk about all four, we’re gonna get to that later.”

I played the demo twice, once with each character, to get a feel for their differences and abilities. Amara is aggressive, with elemental abilities and action skills like a giant ethereal arm that requires close-quarters combat.

“Amara is… kind of the Luke Cage of the franchise,” Varnell said. “She loves to fight. She loves to test herself against other people… but she loves to take care of people, she has that side of her.” 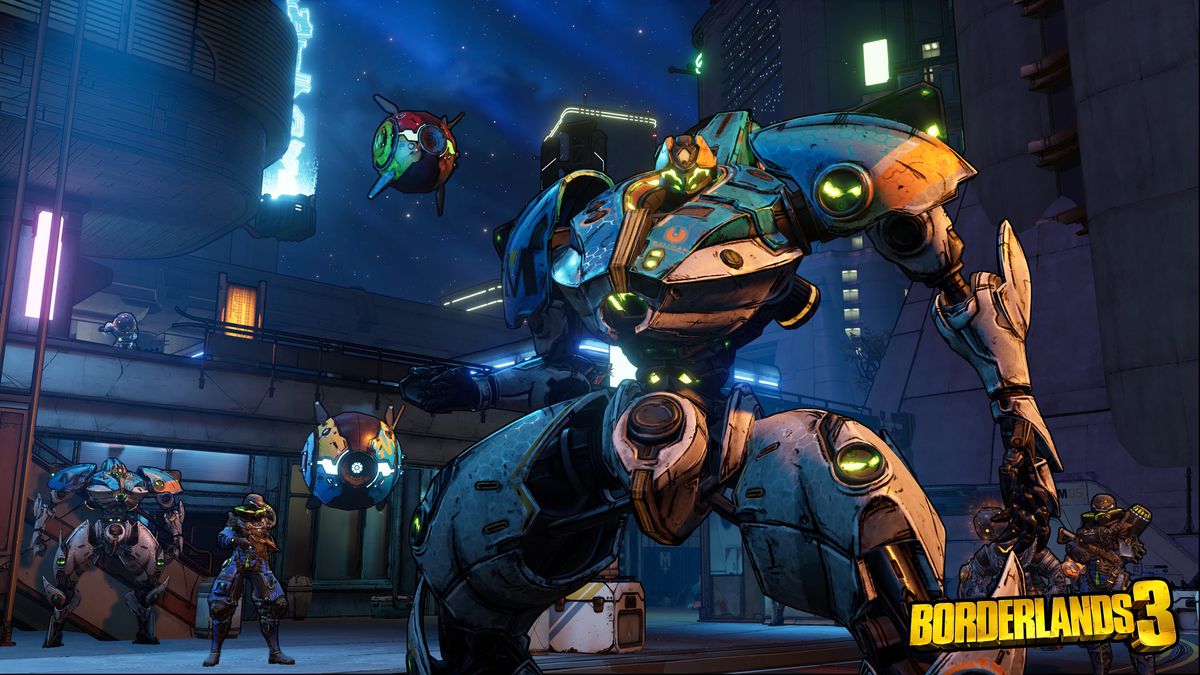 Zane is the kind of guy who’s seen it all before, a James Bond type who can equip two action skills (at the cost of not being able to use grenades). With abilities like creating a ghostly double to draw enemy fire and a drone that drops some grenades of its own, it’s a fair trade-off. Because of the characters’ different demeanors, I did notice some variations in how they interacted with NPCs during the same scenes. Sage told Polygon that the playable characters have a lot more dialogue this time around, so you’ll get to experience more of their personalities and what makes them different.

Speaking of differences, Borderlands 3 has more than just a big spaceship going for it. Updated graphics are a given, especially when being played on beefy AMD PC hardware. The series’ overall aesthetic is still dripping with style; the comic book-inspired, cel-shaded blend of sandy deserts, gritty cities, and neon lights, remains the same, as it should — it’s not easy finding a AAA shooter not aiming for photorealism. But everything in Borderlands 3 is more crisp and vibrant. There’s a greater sense of depth. Aiming and moving through the world are smoother. And with thousands of bullets flying around, the environment reacts to it all; you’ll see damage and markings on your surroundings.

Things have changed in-game as well. It’s been years since the events of Borderlands 2, and many former playable characters have moved on. That’s not to say you won’t see any familiar faces in Borderlands 3; Claptrap greets you almost immediately upon starting with his usual brand of sass, and Borderlands 2’s Zer0 played a prominent role in the demo. Returning characters may no longer be the heroes, but as NPCs they have their own roles to play in the grand scheme of taking down the Calypso Twins for good. 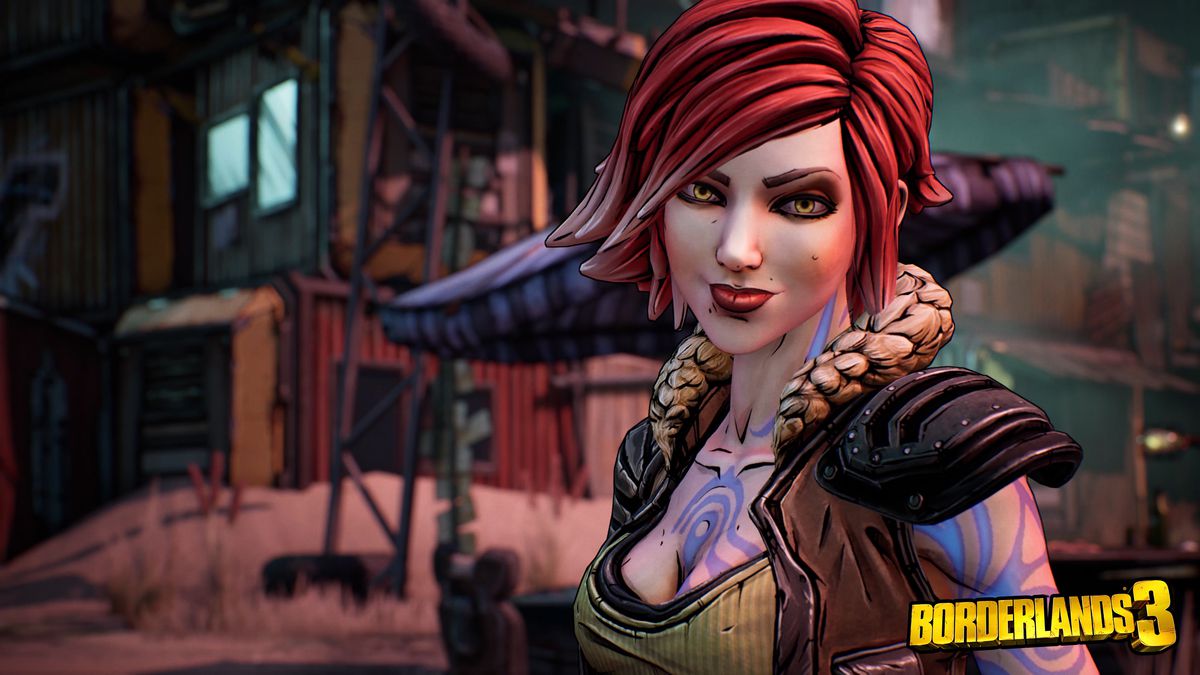 I didn’t get to jump from planet to planet in my demo; instead, I stayed on Meridian, moving from the outskirts to the heart of the city and the tunnels beneath. I teamed up with a woman named Lorelei, who was in turn helping her own boss: Rhys, CEO of Atlas. Unfortunately, Atlas was in the midst of an aggressively hostile takeover by competing business Maliwan, so I had to deal with bandits and Maliwan workers throughout the city. I found myself fanatically switching through weapons, playing around with their different ammo types and abilities to find the right one for each situation. Some weapons even have dual uses, so you can switch forms without taking out another gun.

Eventually, Zer0 led me to the area’s boss fight, Gigamind — literally an encased giant brain, or “Maliwan AI.” Taking down that oversized encephalon was satisfying, I must admit. Pitchford also had a couple of bosses on display during his presentation, promising that the fights would be bigger and more frequent. They’re also fairly humorous, like in the case of Shiv, the giant-armed foe whose title card says he “brought a knife to a gun fight.”

There’s clearly a lot of fan service in Borderlands 3, but Varnell said a lot of narrative effort was devoted to making it accessible for new players, from intense playtesting to in-game reinforcement of familiar characters, systems, and themes. My demo started with the characters at level 10, but the intro, shown during the presentation, eases players in. Every major character and enemy has a stylish title card with pertinent information, so it’s entirely possible to jump in without knowing all of the series’ lore. And there’s a lot of lore.

“One of my writers is literally a lorekeeper,” Varnell said. “He has a massive repository of everything… he has a big massive database” of characters, locations, plot points, and anything else the writing team might need to reference for coherence and continuity.

Like previous games in the series, Borderlands 3 supports single-player, local co-op, and online co-op. It’s due to launch Sept. 13 on PlayStation 4, Windows PC (exclusively via the Epic Games Store, initially) and Xbox One. It’s not the deepest, most challenging game you’ll ever play, but there’s something so satisfying about gunning your way through the universe in search of justice and epic loot. Does it push the series forward enough to justify a new $60 game, as opposed to another expansion or spinoff? On paper it appears so, but we’ll find out for sure when it comes out later this year.