Last night, a couple of my friends asked me if I wanted to play Modern Warfare 2’s multiplayer. I cut my teeth on shooters growing up, flitting between Infection lobbies in Halo 3 and high-octane bouts of Call of Duty’s Demolition, so an invitation to return to that world of voguish quickscopes and rogue rocket-propelled grenades was enticing, to say the very least. And so I bought Modern Warfare 2.

Or at least I thought I did. It was late at night and I’d had a couple of cans, so I soon realized that I’d actually bought Modern Warfare Remastered, which does not, in fact, include multiplayer. But I had already sat there waiting for it to install, excited about Highrise cross-snipes and 1v1s on Rust, so I went to Xbox support, requested a refund (which I’m not sure if I’ll get, but hey, fingers crossed), and spent another 30 quid on the correct version. The OG. One 7.47GB download later and I’m back in Skidrow for the first time in 12 years, legging it around dilapidated libraries and uncanny playgrounds with an UMP45 and dangerously sticky Semtex. Ah, the sweet scent of home at last.

In all seriousness, I was astonished by how well Modern Warfare 2 holds up. This is a game that came out in 2009, with multiplayer that has been relatively untouched for the last 12 years. It can be a bit tough to find a match – I imagine Warzone has absorbed a lot of long-time Call of Duty fans – but once you’re in, you’re in for a treat. After playing for a couple of hours last night, I’m confident enough to say that this isn’t only the best multiplayer Call of Duty game – it’s the best multiplayer shooter ever made. 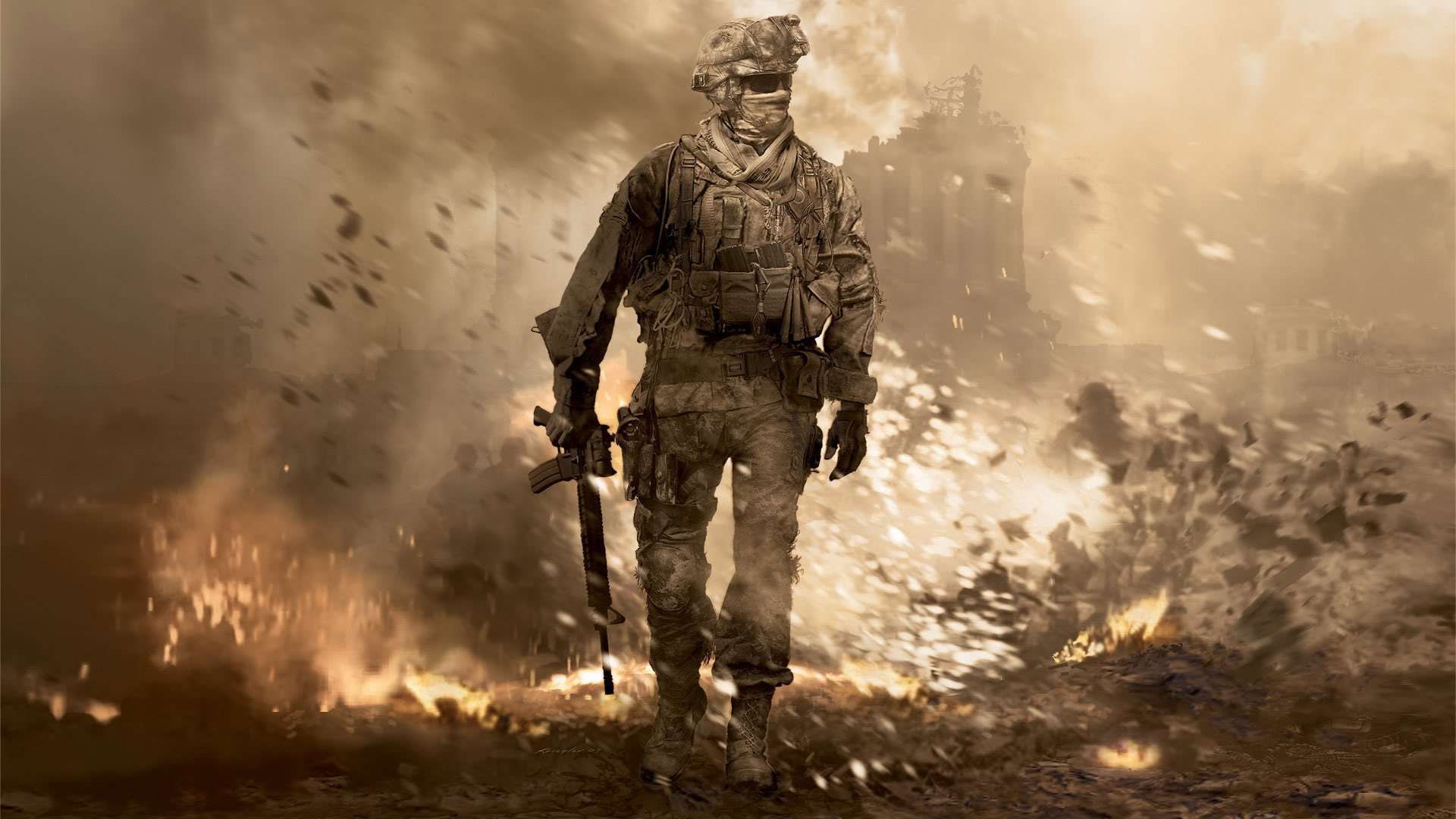 Don’t lunge at me before you’ve even read my argument. I have hundreds of hours in Overwatch, Halo 3 is one of my favourite games of all time, and I’ve had a go of all of those there battle royales. I’m also a big fan of single-player shooters – Metro 2033 is the GOAT, for me, but I’ve just started Titanfall 2, so I suppose I better finish what I reckon is the main contender for usurping Metro’s throne before I die on Artyom’s hill.

There are a lot of reasons for why I reckon Modern Warfare 2 still looms large over the rest of the bunch when it comes to quality multiplayer. At first I thought it was nostalgia – I instinctively knew where a gap in the clothing store’s wall was in Invasion, allowing me to trick an enemy into following me before fixing my Famas’ sights on the doorway they had to go through to do so. It felt good pulling off stunts like this, but not because it reminded me of all those years ago. It felt good because it genuinely is good – in fact, it’s excellent.

Gunplay in Modern Warfare 2 just feels different. I’m not sure what was in the water at Infinity Ward when the devs made this game, but it must have been some kind of magical space dust. The kick of the Intervention is still unmatched in other multiplayer shooters, whereas the ferocity of akimbo G18s feels more unwieldy than a fish covered in vaseline. But again, this is a game that came out in 2009 – the fact the guns all feel this distinct, measured, and reliable allows for an experience that is at least as rooted in feel as it is in anything else. I’m not just trying to spy a sniping target across Estate, or hear the tick of a claymore guarding my crow’s nest – I’m sizing up the shot, double Y-ing to shrink my crosshair and prime the analogs for tighter control, and blending over five different button-pressing processes into one cohesive action. You can run-’n’-gun in Modern Warfare 2, but it’s so silky smooth that even this feels more versatile than more modern iterations on the genre – Tactical Knifing with Marathon, Lightweight, and Ninja feels like it was developed last week, as opposed to literally three console generations ago. 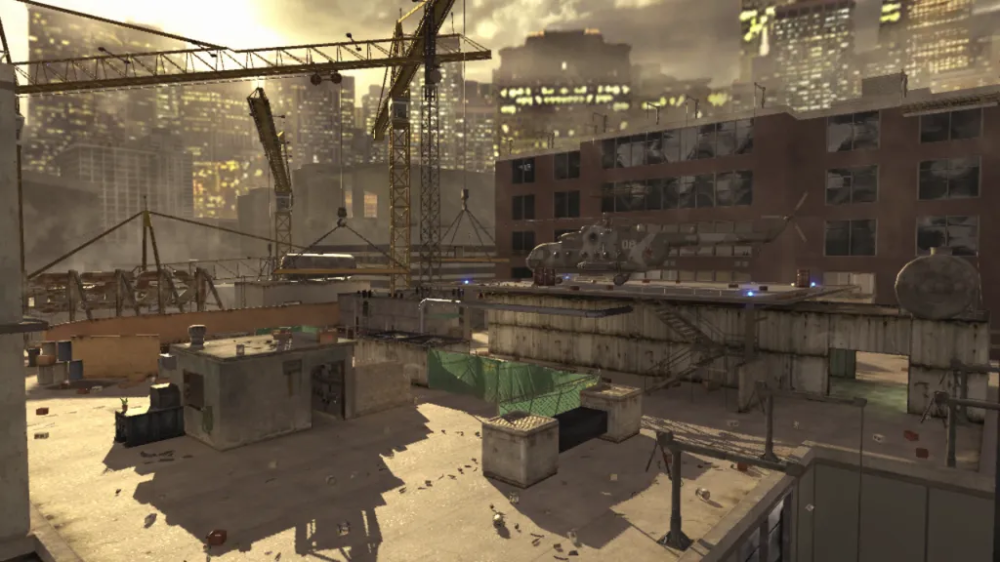 Where Modern Warfare 2 truly excels, though, is in its map design. I could go on about how Killstreaks feel more fluid here than in more recent Call of Duty efforts – more straightforward and integral to the experience of a match. I could also bang on about how Modern Warfare 2’s game modes were much better – who on Earth decided it was a good idea to remove Demolition, eh? But again, map design is what makes this the prime multiplayer shooter experience. Every single map in this 12-year-old game is good enough for a Valorant of today, or a new CS:GO pack.

I can’t go through all of the maps obviously, but you know the drill. Whether it’s a 1v1 on Rust or a devilish Domination killfest on Sub Base, it suffices to say that the vast majority of maps here have become iconic in their own right. It took the best aspects of titans like Crash, Wet Work, Bog, and Shipment from the original Modern Warfare and refined them into clear-cut diamonds. I reckon Infinity Ward and Treyarch alike have been chasing that effervescent essence since then, but it’s near impossible to trump perfection.

I will talk about one map here, and it’s a map I reckon never got enough love: Wasteland. I’m not saying that Wasteland is the best map in Modern Warfare 2 – far from it – but it’s the best case study for extrapolating the magic that brims in each and every one of them. 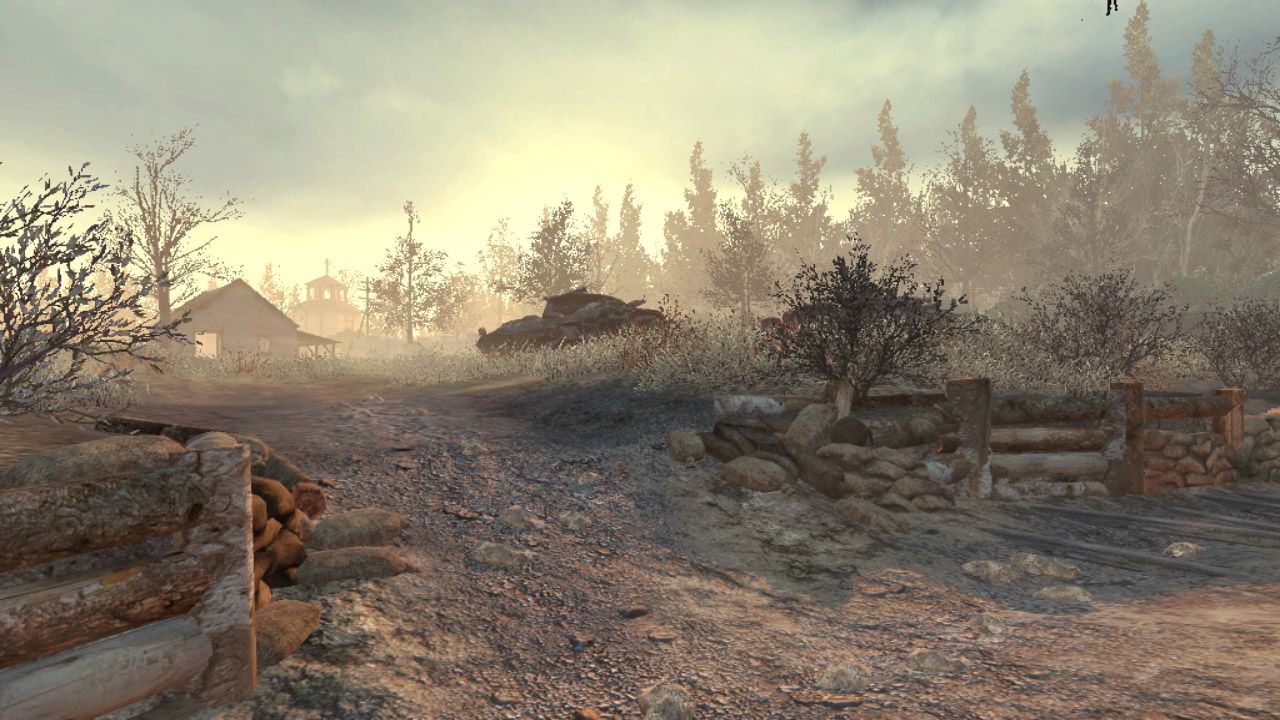 Above all, Modern Warfare 2 focuses on urban environments. Favela teems with small, close-quarters buildings where you can hop from rooftop to rooftop and scale window sills to manipulate your opponent’s spatial perception. Rundown’s buildings are a bit more spread out, but this just makes getting to a building a precarious endeavor in and of itself. Skidrow’s corridor is a prime sightline for everyone from a Barrett 50cal specialist to an RPD extraordinaire, Terminal uses verticality to blow a narrow area into a space of endless possibilities, and Scrapyard… well, let’s just say it’s fittingly named, being the home of all manner of scrappy brawling to the extent that its close-and-quick, reflex-heavy melee demands give it an identity verging on bullet ballet.

Wasteland is different to all of the maps mentioned above. As opposed to riffing off of verticality or cover, it’s a wide-open plain with a bunker of death planted bang smack in the middle. Control the bunker and you control the match, but there’s value in playing the long game by eschewing raucous action for patience on the outskirts. I really like Wasteland, but it’s simultaneously the most and least “Modern Warfare 2” map in the game, because it exemplifies what makes the entire suite of maps special by being the polar opposite of each and every one of them. It’s the only map in the game that feels as if it could be from a different one, because that central bunker serves as a microcosm of the chaos and spatial tension so inherent to the entirety of every other map, while being surrounded by open space so brazen that its magic becomes obvious.

Once you recognize this – that the maps are high-octane but reward reserved play, but so chaotic that being reserved means succumbing to the powerlessness of unpredictability – it all starts to come together. The clear-cut linear Killstreak progression, the intensely focused game modes and their synchronization to the maps, and the visceral feeling of the gunplay all feed into that singular vision of creating a space that is as loud as a rip-roaring RPD and as oppressively silent as the whimper elicited by a Magnum .45 tac-knife – it’s all part of the same cohesive experience, and in the last 12 years, nothing has even come close to rivalling it.

Next: I Wish Garrus Would Still Text Me From The Mass Effect Datapad App 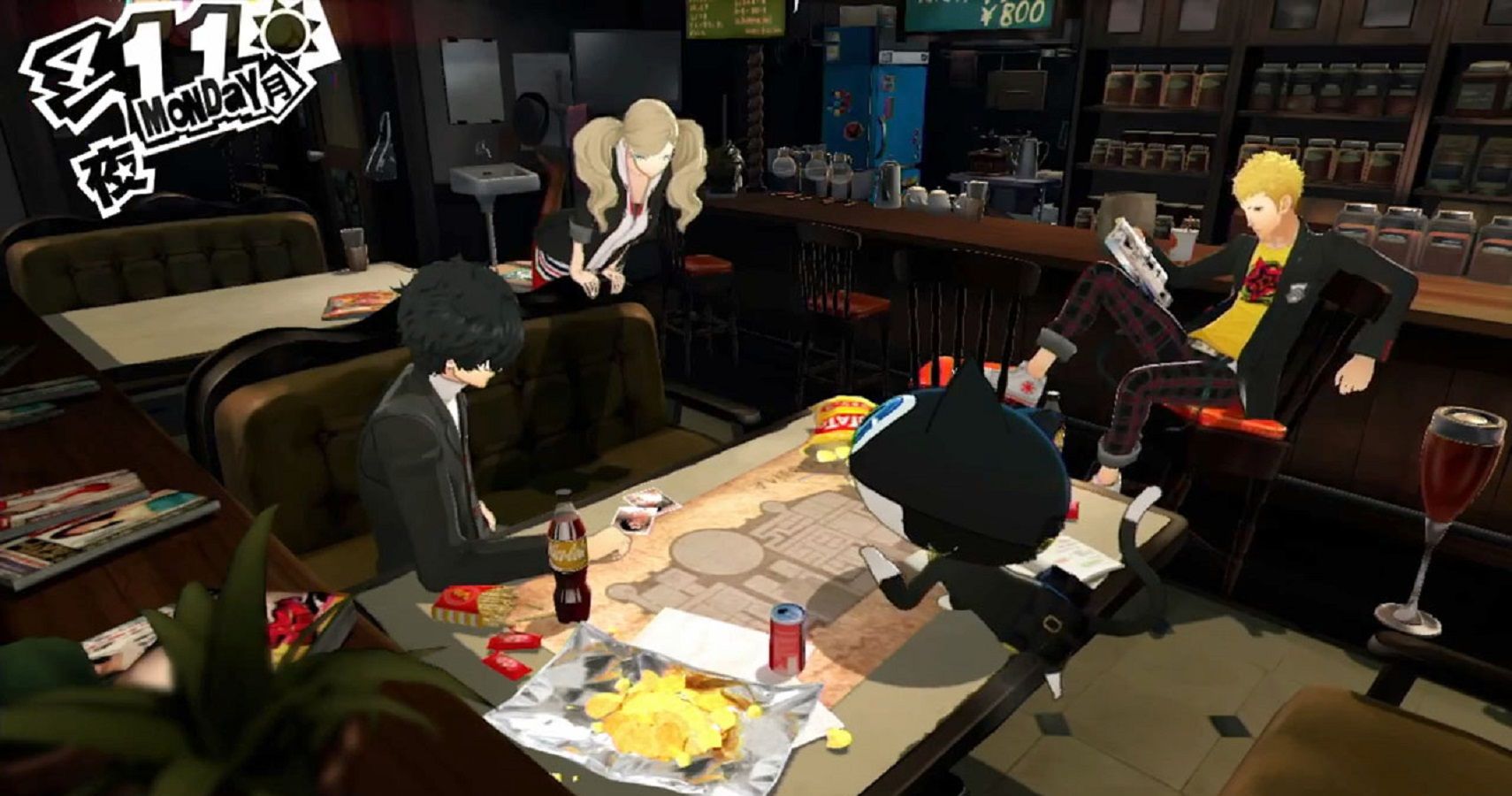