Children of Morta is a nicely designed dungeon crawler with a huge heart. As you skillfully hack your way through skeleton hordes and fire arrows at demonic ghouls, the lives of the ten people in the Bergson family are explored fully; you watch them bond, struggle, and ultimately grow – from children and parents to magic-wielding gods. This action/RPG strikes an odd balance between showing the purity of family life and the need to sacrifice all to save the world, but it ends up being compelling and thoughtful, giving you plenty of reason to cheer the Bergson’s on.

The writing is top notch from start to finish and unfolds through the soothing voice of a narrator who speaks of the Bergson’s lives as though they are unfolding through a children’s picture book. The visuals follow suit with beautifully animated pixel-art characters atop colorful backdrops. The unique animations used to frame the story moments are impressive and great in number, often including all of the family members in a scene. Even small moments, like the adoption of a new pet, are brought to life in playful and gorgeous ways. The family home is the hub players visit after each dungeon run. Whether you succeed or fail in that run, you are often treated to new snapshots of the Bergson’s lives and can hear what they are thinking. It’s a cool touch that again hammers home the family dynamic.

We learn that this home sits at the epicenter of an ancient evil known as the Corruption. When this force begins spreading across the land, the family is forced into action, beginning with John, the father, and Linda, one of his daughters.

John functions like a typical warrior with rapid sword techniques, a shield for defense, and area-of-effect magic attacks to damage approaching hordes. Linda is a talented archer brought to life with twin-stick shooter controls. Both of these family members are a blast to control, as are the other four Bergson family members that unlock as the story progresses. All six characters are unique – both in performance and their deep skill paths. The special attacks they unleash are finely balanced and each character more than stands a chance in the dungeons, even when the odds are against them. As you uncover more of a dungeon’s map, you don’t know what lurks in the shadows. A few enemies may advance on you, and can easily be swatted away with basic attacks. A few steps further, the ground may bubble to life with magic portals, and you quickly find yourself overrun and unleashing everything you have, praying that the cool-down meters on your specials replenish faster.

Evasive maneuvers are also excellently implemented into combat, allowing each character to dive out of the way of a charging enemy or under a sword’s cut if the timing is right. Given how valuable runes and other item drops are, exploring every inch of a dungeon is a good idea, even if you know you may get in over your head at times. 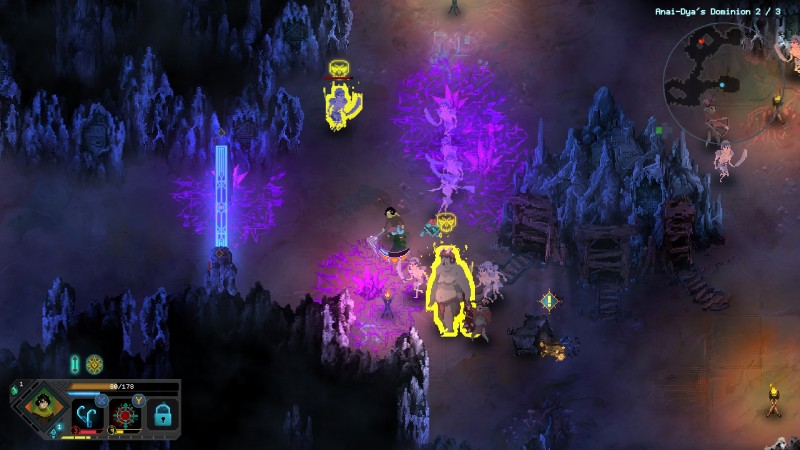 Developer Dead Mage wants the player to bounce between the playable characters as much as possible and ensures this through a fatigue meter that can greatly deplete a family member’s health for a set amount of time if they are used too frequently. Yes, this can be annoying if you want to use Lucy’s fire magic against a particular boss, but Dead Mage rewards character switching. At specific level milestones, the entire family gains an attribute or bump from a particular character, meaning it’s in your best interest to level all of them up to these valuable points. Even if you suit up as an infrequently used character, they aren’t outmatched in higher-level zones, as the big bumps to health, attack, and other attributes are applied to all family members – another fine touch.

Each dungeon you enter is procedurally generated and carries light roguelike elements, such as random pickups, trap placements, and enemy formations that can make some runs easier or more challenging. In one run, you may have health canisters lying all over the place. In the next, you may be clinging to a sliver of life with no healing in sight. Both scenarios deliver excitement, as the gameplay never waivers from being fun and challenging. Each run delivers meaningful progress as you keep the gold you collected. This is the currency you use to apply the family-wide attribute bumps. Runs can last between 5 and 25 minutes, with each dungeon concluding with an intense boss fight that has you picking away at a lengthy life meter. These bosses are big, mean, and are a good test of skill.

The entire experience can be made a little easier by playing with a friend. Local co-op is your lone option for multiplayer, and although enemies have more health, you have the chance of reviving your fallen buddy. This increases your odds of seeing the dungeon to the end. Co-op is fun and makes great use of the different classes, allowing tanks to draw fire while support rains death from a distance.

I can’t stress just how smartly made Children of Morta is. The narrative flows smoothly in and out of dungeons, the characters have a real life to them, and the gameplay is enthralling and has those addictive qualities that make you just want to keep leveling everyone up. In the 15-plus hours I invested in this adventure, I was thoroughly captivated by everything Dead Mage set out to achieve. The way family comes together for the final conflict is truly impressive. 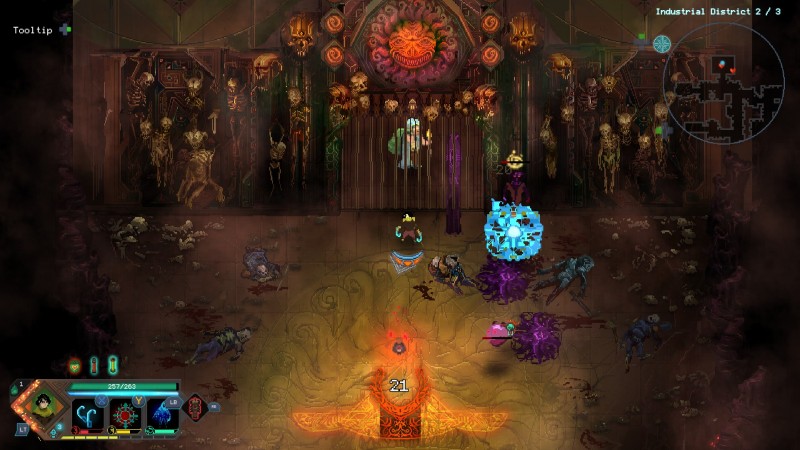 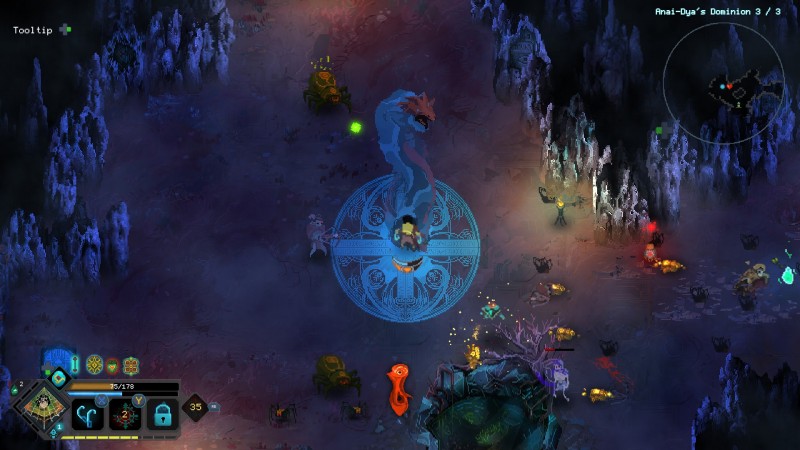 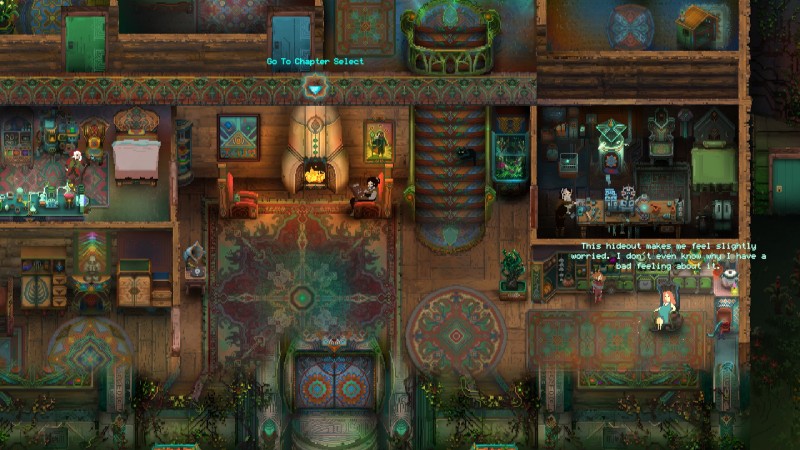 Developer Dead Mage has created an action/RPG that succeeds in story, combat, leveling, and the bond formed in a family.