I swear, I didn’t just review this game because its main protagonist shares my name. But that did put a neat personalized spin on this little indie horror RPG, developed by StarSkipp Games, which will be coming to a PC near you later this week.

Perhaps I’m biased in saying this because horror is my lifeblood, but indie horror games always deserve more attention. They come with the potential for uncovering some unique takes on horror – a genre which, despite its huge versatility, too often gets stuck knee-deep in tropes. So is Cover Your Eyes able to un-cover something special that horror fans can sink their claws into, or are we better off looking away?

Well, in sum, while there’s definitely something commendable here, whatever it is, unfortunately, gets eclipsed too frequently by gaming’s age-old nemesis: frustration. 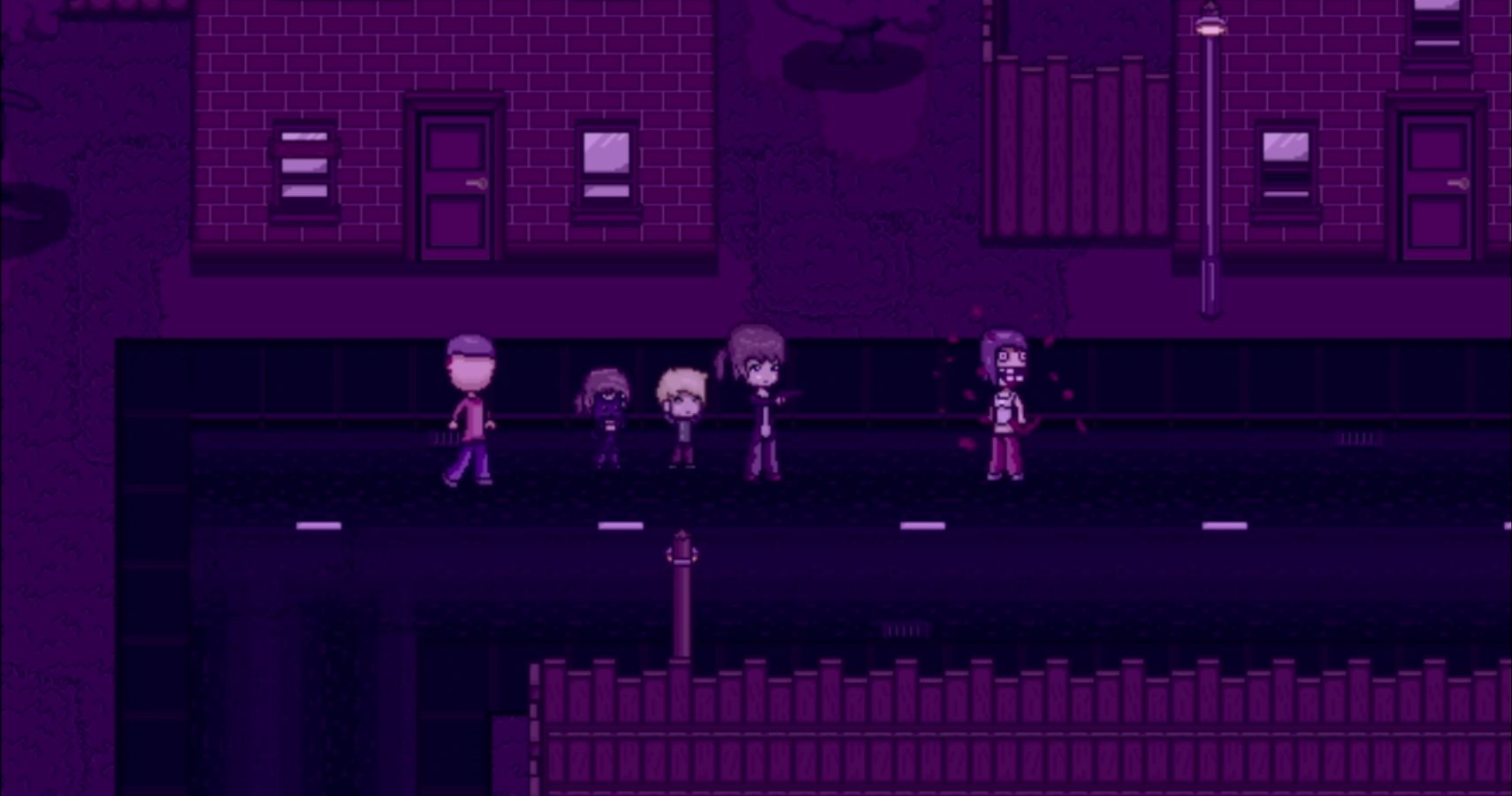 Disclaimer: I did play a beta version, which is still receiving a handful of polish-ups before its final release on November 6. StarSkipp intends on implementing a few changes including adding the ability to run, a difficulty nerf to one of the most frustrating areas of the game, and perhaps cloud saving functionalities. Hopefully, by the time you give it a whirl, some of the bumps I experienced will be long gone – like getting irreversibly stuck in a room right before the end thanks to a bug, preventing me from actually completing the game as at the time of writing this. You know, that kinda thing.

So what’s the story here? You play as wife and mother-of-two, Chloe. You find out her deadbeat husband, Charlie, is having an affair, and to make things even more inconvenient for her, the town then descends into monster-infested chaos. The goal is to survive, protect your children, and track down the aforementioned Charlie.

Inspiration for the game was drawn from the developer’s own tumultuous familial experiences, which no doubt makes for very suitable raw material with which to craft a horror game. I have to say, the ominous atmosphere and tangible, heavy darkness throughout the game are certainly some of its strongest points. The sounds and music are also generally really cool and accentuate those feelings that much more. 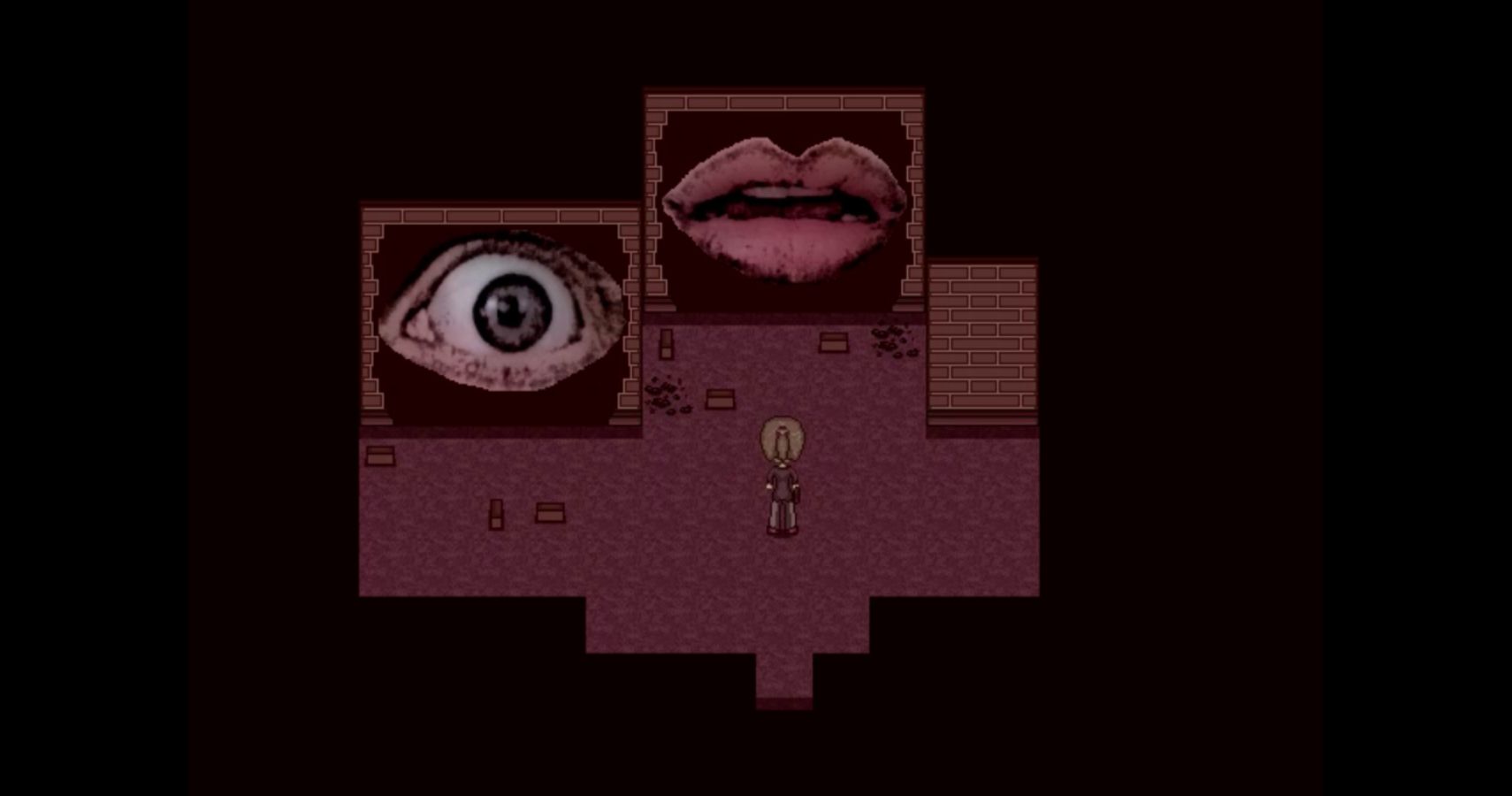 Then add to that the diverse bevy of awesome, unique-looking monsters that cross your path throughout the game, some of which are genuinely creepy. I found myself looking forward to each new area purely in excitement for seeing which abominations were poised to descend upon me.

The game tends not to be very kind to you, throwing you into the heat of some pretty intense boss fights and battles against hordes of baddies. This was really fun at times, though. There are ways to blast, strategize, or evade your way through those scenarios which leave you feeling supremely chuffed with yourself. I found the combat itself really satisfying overall, too, and it felt really quite addictive to pick monsters off one by one and watch them literally “poof” out of existence. The game’s mechanics themselves feel fun to use, and that’s a really important factor in a game.

But by Jove, more than a few times, some baddies felt unfairly overpowered. Problems arise when you have an overpowered enemy (or a horde thereof) accompanied by other frustration-inducing components.

For example, I was cornered into a boss fight without being duly prepared with a cache of ammo and health packs (in this case, syringe shots). This, along with a save point, should always be provided just before a hectic fight commences. Otherwise silly players like myself can and will be forced to replay said fight umpteen times before making it through by the skin of their teeth, often by sheer luck. That’s what happened here, but not before my frustration grew exponentially, fuelled further by the inability to skip the cutscene preceding the fight.

So yes, frustration, unfortunately, plagued my experience of Cover Your Eyes. There are too many segments wherein I found myself repeatedly backtracking thanks to a lack of clear feedback and signs – two fundamental ingredients in game design. Simple changes like adding a journal expressing explicit goals or task updates which you can refer back to any time would do wonders. More clear reassurance that what I was doing was actually progressing the sequence of events could’ve saved me at least an hour of playtime (which is supposed to total to five to six hours).

Oh, and a sign saying, “Look Chloe, here’s the train station!” would’ve been great (even better if your name happens to be that too). And while we’re at it, how about an actual option to exit the game without needing to Alt-F4? 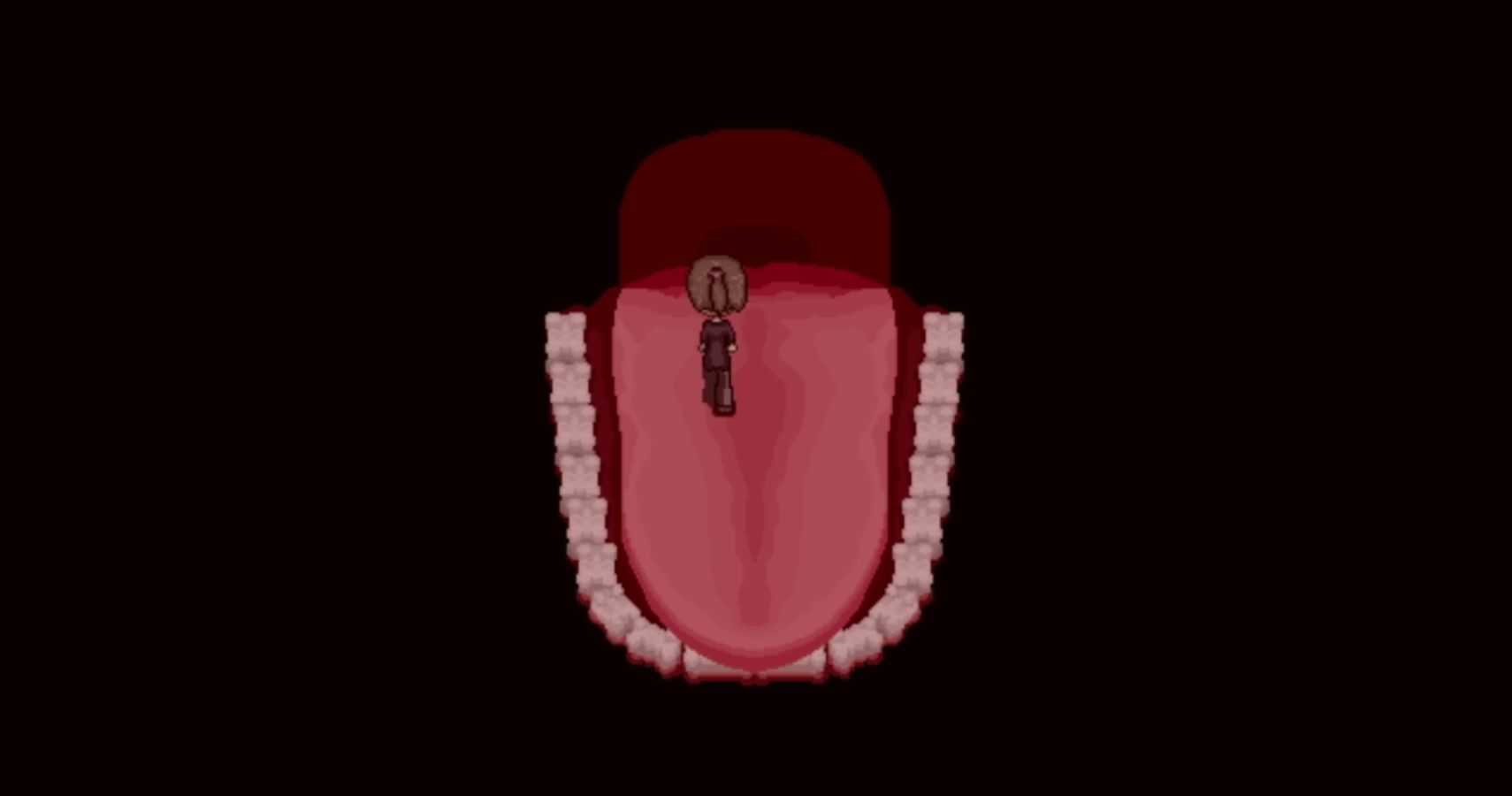 Another source of frustration came in the form of particularly unconvincing reactions from characters in the face of some of the game’s most traumatic events. I won’t go too deep into this one, but let’s just say that someone really wouldn’t react to something that earth-shattering in the way they did. It was really very disappointing to play through some pretty intense events, only for the characters to respond as though they just found out that someone else ate the leftover pizza they were saving for lunch.

But the game isn’t completely devoid of poignant and powerful moments. Three particular ones come to mind, which, again, I won’t explicitly describe, made me actually gasp. In the best “this is why I love horror” kinda way.

The goal of Cover Your Eyes was to be a “16-bit love letter towards survival horror past and present,” and I think it made a dang valiant effort to do so. I was quite happy to turn a blind eye (so to speak) to small-scale bugs which will hopefully be squashed before its official release. However, lacking character portrayals and other more fundamental sources of frustration will likely still hold the game back from reaching its full potential.

So would I recommend playing it? Not in its current state, no. But it would be too tragic if the dev doesn’t polish it up the way it deserves, so it really can become the love letter to horror it strives to be.

NEXT: Immortal Realms: Vampire Wars Review: It’ll Suck The Life Out Of You 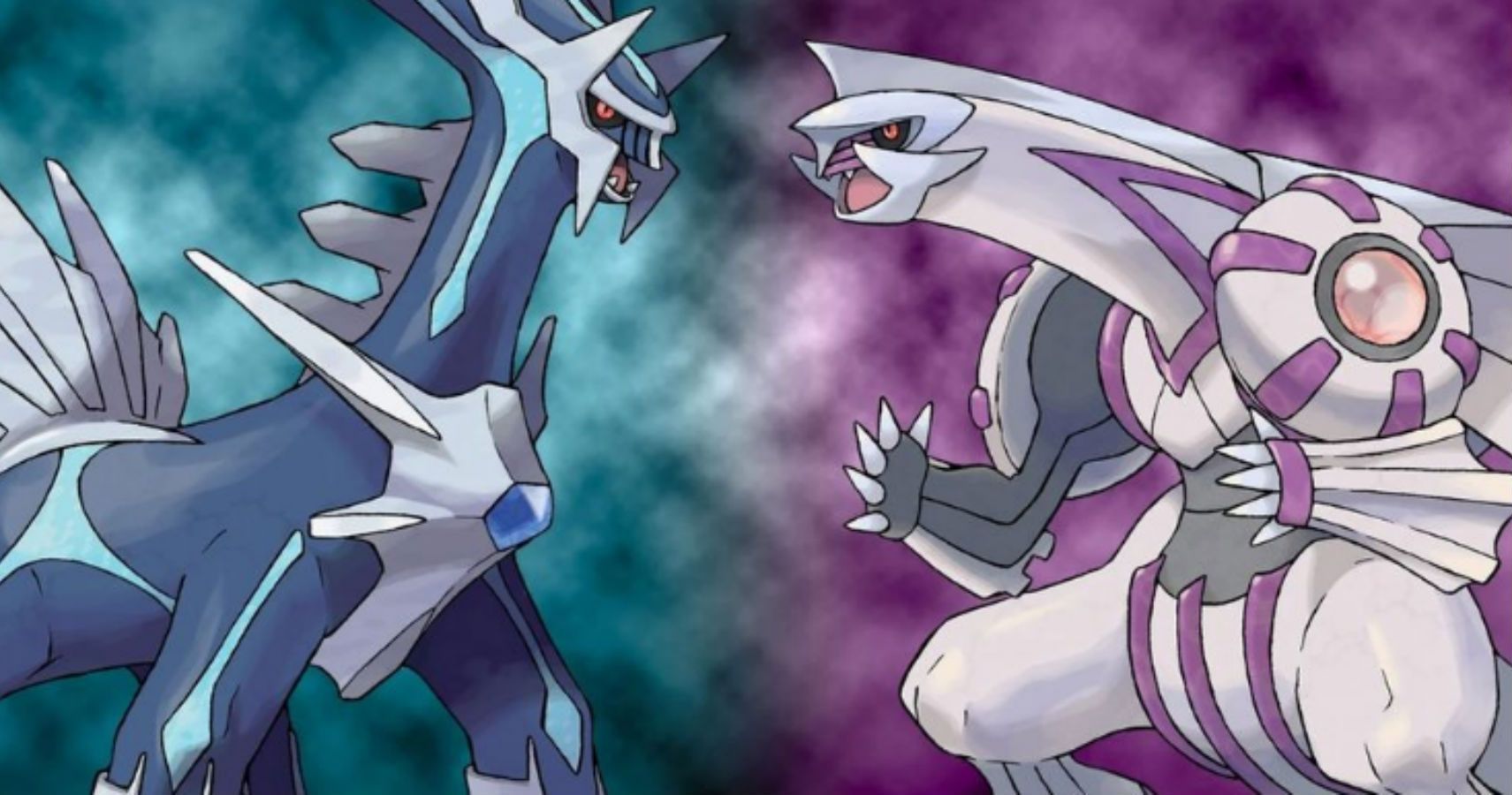