There have been countless anime masterpieces that many of us have come to know and love. From Naruto, to Fullmetal Alchemist: Brotherhood, to Attack on Titan—there is a long list of classics that will stand the test of time long after the manga and episodes come to an end. But there is one lost gem that deserves to be at the top of that list, yet has tragically gotten almost no recognition, which is Death Parade. I don’t write this to try to argue why some of the most beloved anime don’t deserve a spot at the top (I’ll save the One Piece rant for another time), but rather to emphasize that Death Parade is unbelievably underrated.

I’ve been a long-time anime fan, but even I can admit that some of the common traits in anime can get tiring. Whether it’s always having to shout the name of an attack used out loud, needing to show every gasp of each individual character one at a time when something shocking happens, or a ridiculous focus on women’s breasts, most anime will involve one or all these qualities. I can usually look past these annoying tidbits for the phenomenal characters and stories that accompany them, but I loved the fact that in Death Parade, I never had to do that.

This is just scratching the surface of what makes Death Parade such a phenomenal show, though. Its short 12 episodes are the perfect length to create this mystical, enigmatic afterlife in which the show takes place. The incredibly misleading opening song provides the whimsical feel of the afterlife while the episodes themselves hit us with the profound questions regarding human morality and death. Each episode looks at the backstory of different humans who have died and landed in Quindecim, a fantastical place in the afterlife managed by arbiters who exist to judge whether the souls of humans are sent to the void or will be reincarnated. 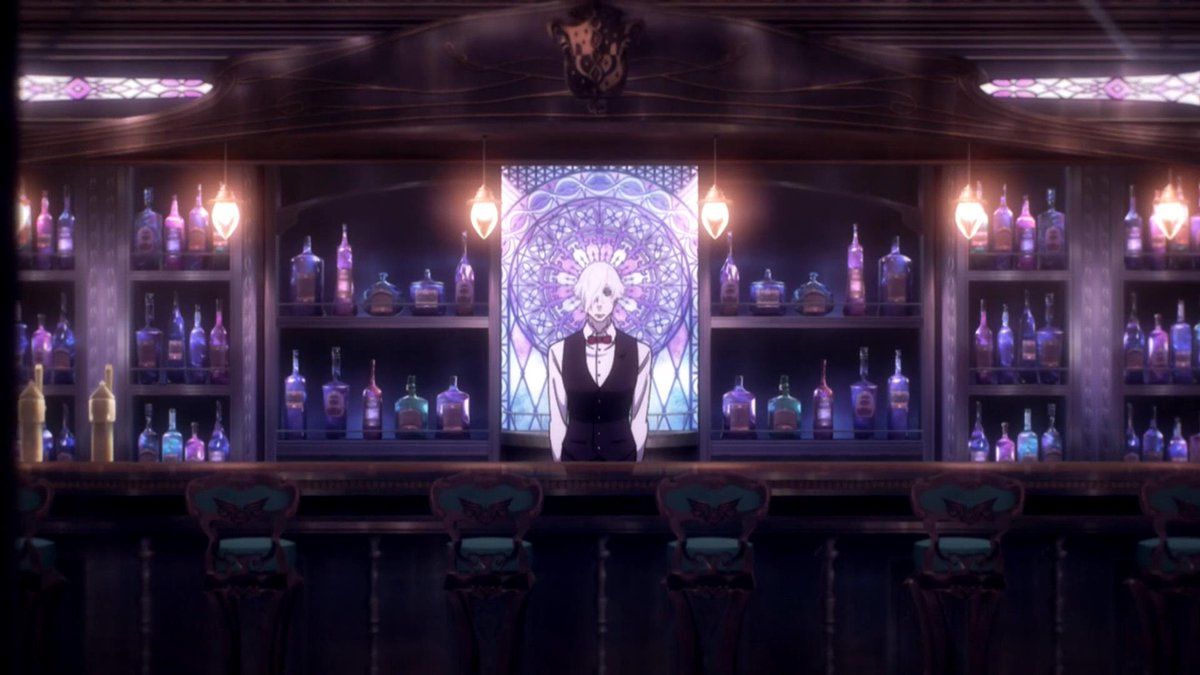 The way that this anime provokes philosophical thought and complex ideas while also maintaining an engaging and entertaining story is what makes it stand apart from any other anime I’ve seen. Being completely absent of filler episodes and not dragging out any of the plot with unneeded scenes, Death Parade captures numerous aspects of the human condition. It also puts on blaring display how we cannot use black and white thinking to make judgments on others, even if we think we have all the information.

Furthermore, the aesthetics of Death Parade are unique from all other anime. This might seem like a minor point, but the way that the whimsical visuals and chill jazz music in each episode add to the mystical feel of it all is incredible. I fully believe that if they’d chosen to use a different set of colors for the environment of Quindecim or a different soundtrack for the show, the meaning in the content wouldn’t have been nearly as powerful.

While it feels a little sad that there are only 12 episodes total, that just enhances the experience even more. By the end, it almost feels like a strange dream you’ve just had. You fell asleep and visited a magical afterlife that sparked wonder, confusion, awe, and deep contemplation. And just as you think you’re starting to get a real grasp on what’s going on, you awake from your dream, desperately trying to remember every detail as vividly as possible. It’s an experience unlike any other, and it’s certainly enough to earn Death Parade a slot among the other timeless classics.