With the sheer amount of red, pulsating strange meat laying about in its wastelands, Death Trash looks like a puke-inducing mess. But it’s also a strange sight among the pantheon of post-apocalyptic universes, which are typically depicted as barren and uninhabitable. That’s because the bulk of Death Trash’s mystery meat is deliciously edible. More than just leaving its mark around the wastelands like exposed roots emerging out of the dirt and nestling among derelict structures, the mystery flesh has also become the basis of the wasteland’s burgeoning growth. Meat bars and villages are built around where meat is most plentiful, with wastelanders only too eager to sink their teeth into the wriggling flesh. It’s kind of enthralling in all its putrid glory.

That’s the sort of post-apocalyptic RPG Death Trash is set in, and it’s one of the most promising early access titles to come out this year. You play as an unfortunate outlaw who has been ejected from an underground city because of an unknown illness. Unceremoniously dumped onto the outside world, you’ll need to learn how to stay alive in this contaminated world. Fortunately for you, you’re also pretty handy with a gun and some basic melee skills—and you may even be able to talk your way out of sticky situations.

Death Trash is by no means a complete game yet; the main quest can be completed in just under a few hours and plenty of its quests don’t seem to make full use of your character’s fascinating set of skills and attributes. But these also suggest that there will be a lot more depth in the way you interact with its universe as the game gets updated. Aside from the standard RPG attributes—such as Strength, Hardiness, and Finesse—there are also other intriguing ones that seem to affect how you interact with the denizens of this wasteland. The benefits of putting points into your Empathy attribute, for instance, is obvious—you’ll make for a more convincing con man—but others, such as Occultism, are a tad more vague. Then there are skills you can also add points to, such as Animalism (the ability to tame wild animals) and Artistry, which could eventually swing specific conversations your way. After all, you won’t just be talking to other human meatbags—one of your earliest encounters is with a fleshy, tentacled abomination who is apparently also very, very lonely. There’s also a massive humanoid titan you’ll meet along the way, and a bizarre man with the propensity to be absolutely stark naked whenever you run into him on your travels. 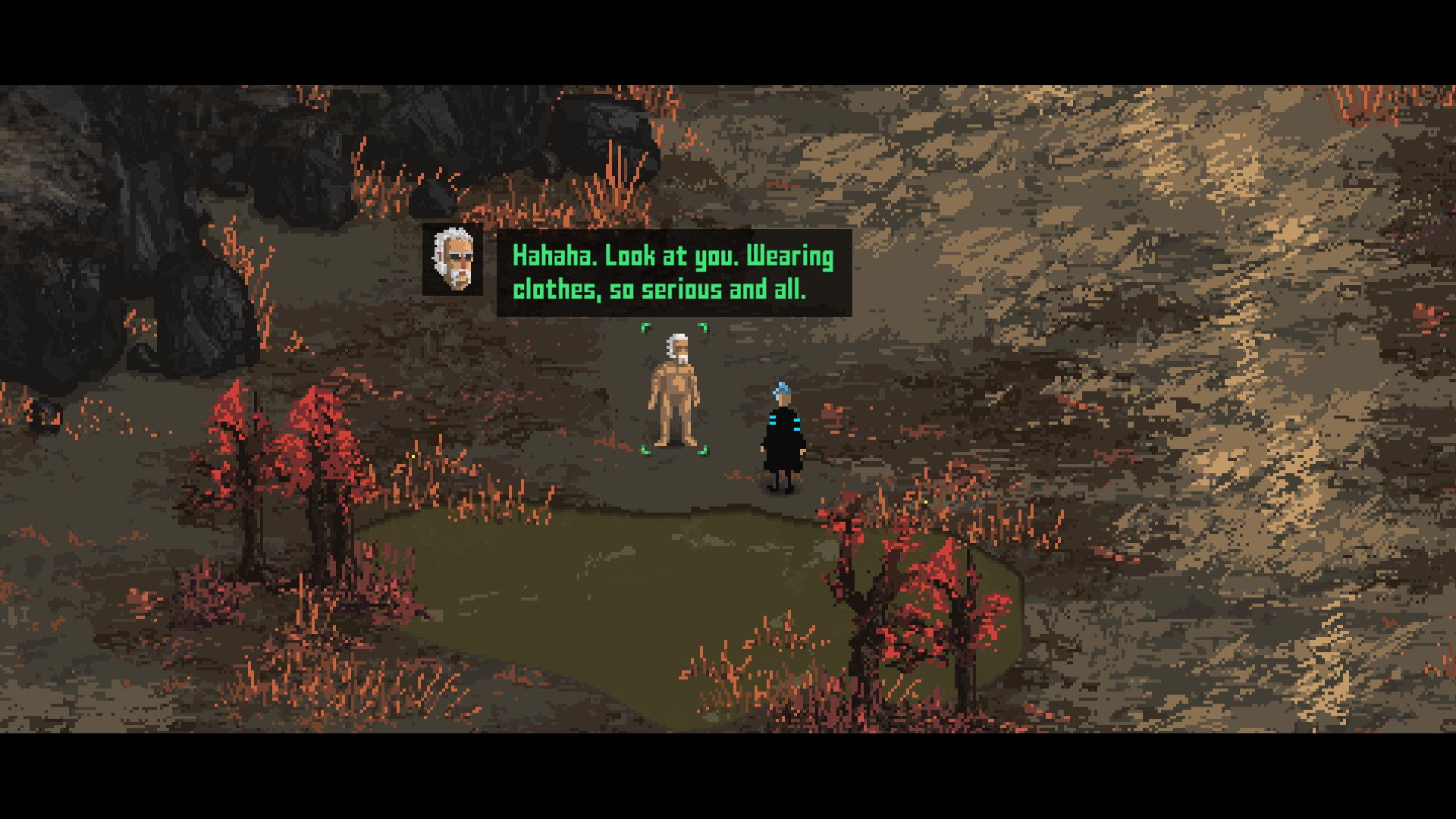 But more than just the game’s compelling cast of fleshy, mutated characters is its depraved universe and all that sweet, sweet meat it has to offer. Meat vendors have set up shop around its tentacles, espousing the wonders of the flesh. Cults have been formed to worship the life-giving flesh; you can heal yourself by binging on these carrion, after all. Even skeptics—and vegetarians!—have made an appearance, pondering the origins of these pink blobs and whether it’s truly safe for consumption, as no one has any idea what the meat is or where it came from. My guess? We’re simply this universe’s parasitic creatures, eating pieces of this living, mutated planet, and tearing every piece of muscle and sinew apart. Time can only tell if my take on Death Trash’s depravity is accurate, however—and hopefully we’ll get to see a more complete picture of Death Trash next year.