Destruction AllStars released this week exclusively for PS5, coming as a free title for PS+ subscribers. Unfortunately, it hasn’t been all that well-received by fans or critics, receiving a 2 out of 5-Star rating from TheGamer. The thing is, Destruction AllStars shouldn’t be considered as a traditionally “bad game.” Part car combat. Part platformer. Part battle royale. Part… you get the point. It just doesn’t know what kind of game it wants to be yet. If Destruction AllStars can get rid of its multiple personalities and focus on a single gameplay component, it could be great. And what should that particular singular component be? Car combat.

There are a few reasons why Destruction AllStars’ focus should shift solely towards car combat, but the main reason is that the genre is ripe for the taking.

Carmageddon and Wreckfest have been out for a few years. Rocket League and Mario Kart have their car battles. But there just aren’t many games that focus solely on vehicular combat. To be honest, the last (and possibly only) notable series to feature such a thing is Twisted Metal. Although it’s a series that definitely deserves to be remade for next-gen, that doesn’t seem to be happening anytime soon. As such, the genre is desperate for a new, quality game where you drive around and wreak havoc on other cars. 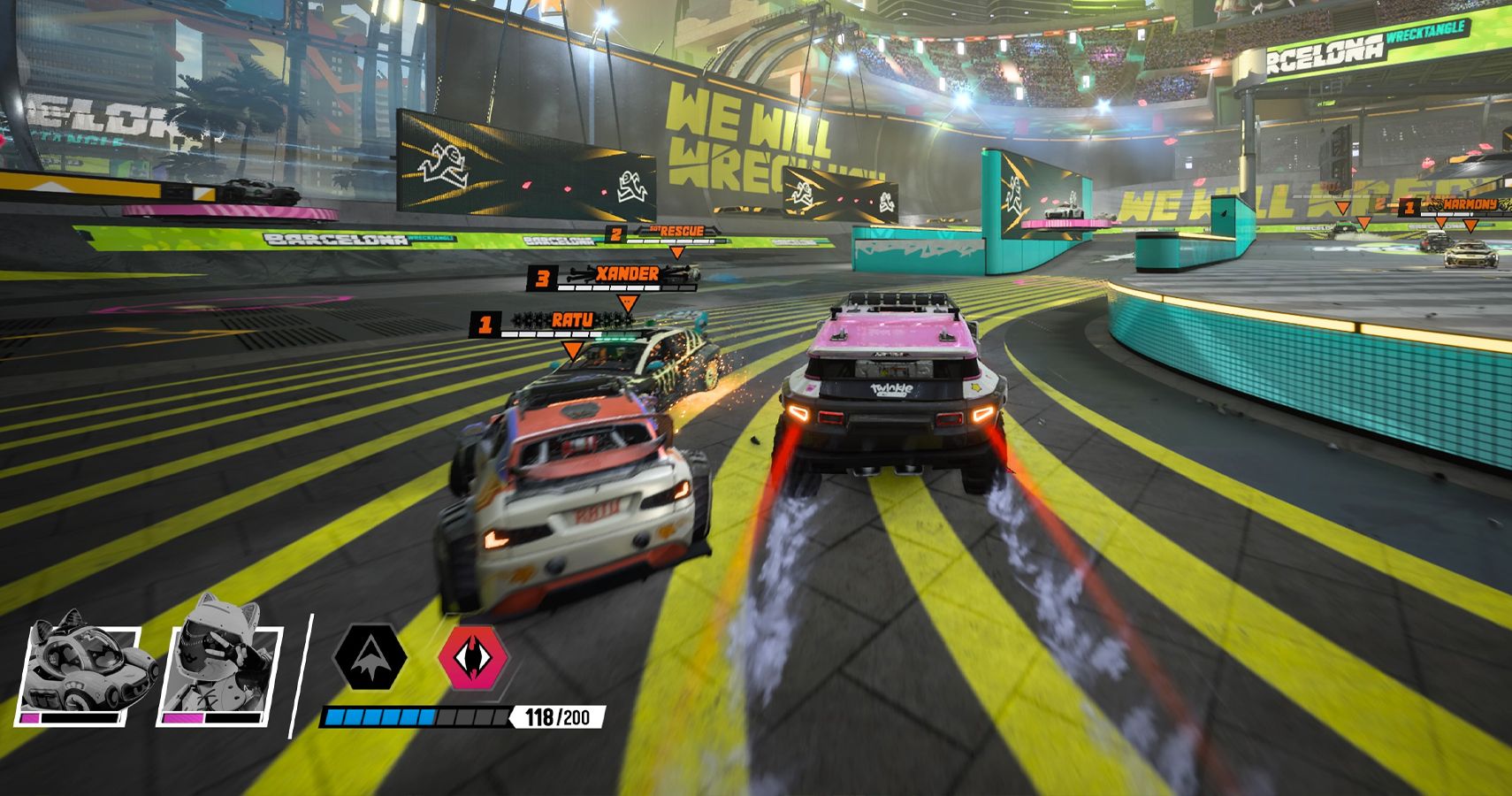 The vehicular combat in Destruction AllStars is fine, at least as a foundation to build off of. I’d like for it to feel a bit more impactful when hitting another player or colliding with the walls of the arena. Even the vehicles in GTA Online feel more weighted in their design. Given the possibilities of the PS5’s haptic controller, Destruction AllStars should certainly be more than capable of providing an impactful collision.

Of course, what’s a car combat game without weapons? Twisted Metal probably could have been fun as a run-of-the-mill destruction derby, but what made it so over the top and addictive was its use of weapons. From missiles to landmines to individual characters’ special abilities, the weapons brought an additional layer of complexity to the game – one that Destruction AllStars could also benefit from.

Sure, the 16 different characters all have their own unique abilities, but none of them feel like they give you a significant edge over your competition. Drop some projectiles around the arena to go along with the ramming action, and you have a recipe for success. Explosions and wreck animations already look good in Destruction AllStars. It would be cool to see what the Lucid Games team could do with weapon animations.

Destruction AllStars has potential to be a fun game with a thriving player base, especially since the development team has at least a year’s worth of content planned for the game. It just needs to figure out what kind of game it wants to be. Doing away with the on-foot platforming would be a solid start, allowing Destruction AllStars to evolve, and potentially thrive as a car combat title.

Next: The Music of Red Dead Redemption 2: The Housebuilding EP Coming To Digital And Vinyl