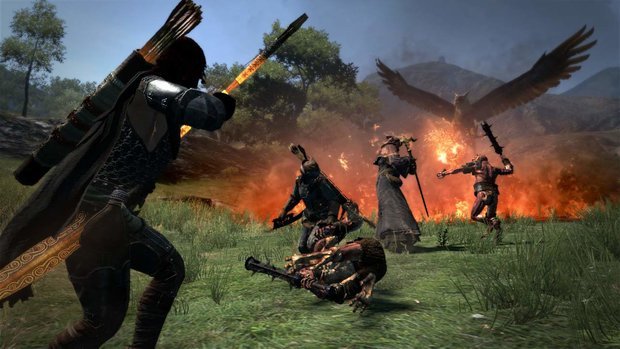 That joyful sandbox feeling is present throughout the game. You can go nearly anywhere in the game as soon as you have access to the open world, but you might not always survive. A simple roaming band of highwaymen can slaughter you if unprepared but if you are ready for them then you can lay waste to them. The game offers you a path to take but does very little to punish you if decide not to take it.

There are a couple of niggles which have appeared when compared to a modern game. It doesn’t look as good, but it is a 6-year-old game. It also lacks the ability to lack on to enemies outside of a few skills, which makes camera controls on the Switch a little trickier than they are elsewhere. These are very small issues in an otherwise exceptional game though.
The only true flaw of Dragon’s Dogma: Dark Arisen is that we have yet to see a sequel. It is pure fun to play, it could last you a hundred hours if you wanted it to, or you could just blitz through the main story in around forty.

It encourages you to play again and try out a different style or try and get a different ending. Imagining what this could look like with modern technology is almost painful: a weird Destiny/Breath of the Wild-hybrid game that could have a living, breathing world and full co-op.

In the meantime, Dragon’s Dogma: Dark Arisen on the Switch is more than enough to keep you entertained. Just, don’t get stabbed in the chest by a dragon next time. 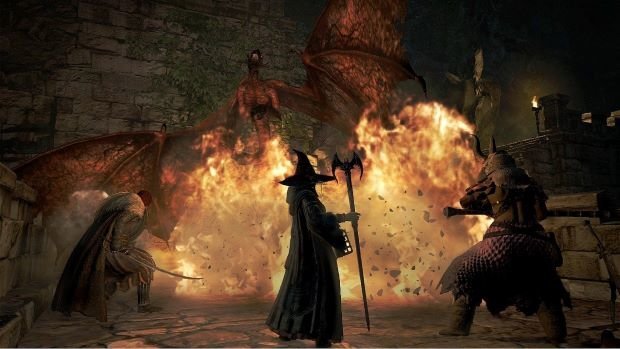 Six years later, Dragon’s Dogma: Dark Arisen is still an exceptional adventure game – the only difference on Switch is that you can now take the fun on the road with you.