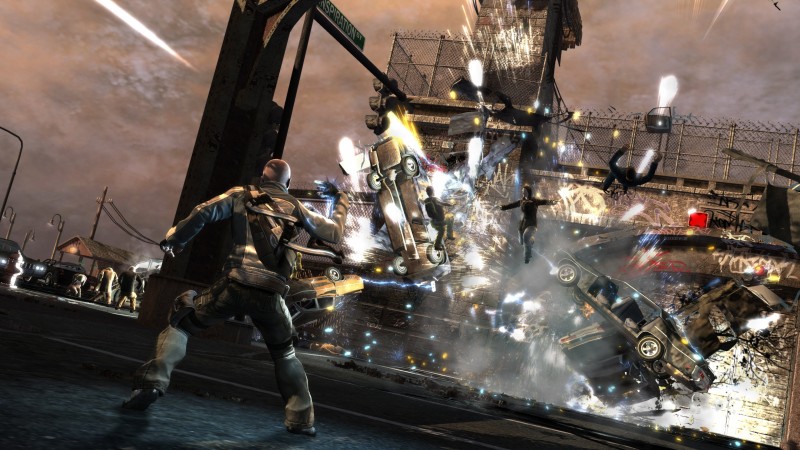 Infamous, the action adventure game where you wreck havoc on foes with your supernatural powers, was already a pretty sweet concept when it released back in 2009. But do you know what could have made it even better? Motorcycle parkour.

In a long tweet thread, Sucker Punch revealed several secrets and scrapped ideas from the game’s development, including how early designs of the game once included vehicle stunts (such as the aforementioned motorcycle parkour), character customization, and rebuilding the neighborhood to your liking. Also, it turns out one of the original titles was “True Hero” rather than Infamous.

Check out the entire thread below for all the details and visuals. It’s absolutely worth the read, and paints a really interesting picture on how much games can change conceptually through the development process.

2) In an early version, you could switch out of your superhero outfit into civilian clothing by changing in phone booths. pic.twitter.com/YM0lteQ2Ep

4) At one point in production before a name for the hero was chosen, the studio referred to him by the nickname “Gearwolf” and he had a completely different hair style. pic.twitter.com/D3z9R6NXXZ

6) We experimented with light character customization that allowed you to change your hair, outfit, and more. pic.twitter.com/1xyKxXFm0R

8) At one point, the hero could do vehicle stunts including motorcycle parkour. pic.twitter.com/r0qeCSyotZ

Sucker Punch is currently developing a new action adventure title called Ghost of Tsushima, which you can read about here.