If you’re invested in your tabletop RPG character, chances are you want a mini of them. The easiest option is WizKids’ line of pre-painted figures, which range from iconic fantasy characters from Dungeons & Dragons/Pathfinder to sci-fi aliens from Starfinder. But the character you created might be too special for you to just grab a generic elf ranger mini. In that case, a custom-ordered mini is the way to go. Eldritch Foundry will help you bring your beloved character to life in a wonderfully detailed, hardy figure.

Let’s get the big comparison out of the way: most D&D players use HeroForge for their custom mini needs. This is especially true after the HeroForge 2.0 update added a wealth of objects and outfit choices. Most importantly, you can now order HeroForge figures in full color. Eldritch Foundry is relatively newer, and as such has fewer customization options and no color. That said, the figures themselves are of higher quality.

A major criticism I often have with minis is floppy weapons. There’s just something about the packaging process of mass-market minis that bends staffs, makes swords droopy, and gives an Elf paladin’s mace performance anxiety. Eldritch Foundry figures, with their 32-micron resin, don’t have this issue. I was given the chance to create four minis to review. I am happy to report that the Tabaxi swashbuckler kept his rapier straight, the ranger’s two holstered blades are at the ready, and my Dragonborn, with his winding tail, suffered no damage. My artificer is suffering from a case of bendy staff, but it’s more that it curves slightly inward than slopes pathetically. The good thing is that I’m not scared it will break off. 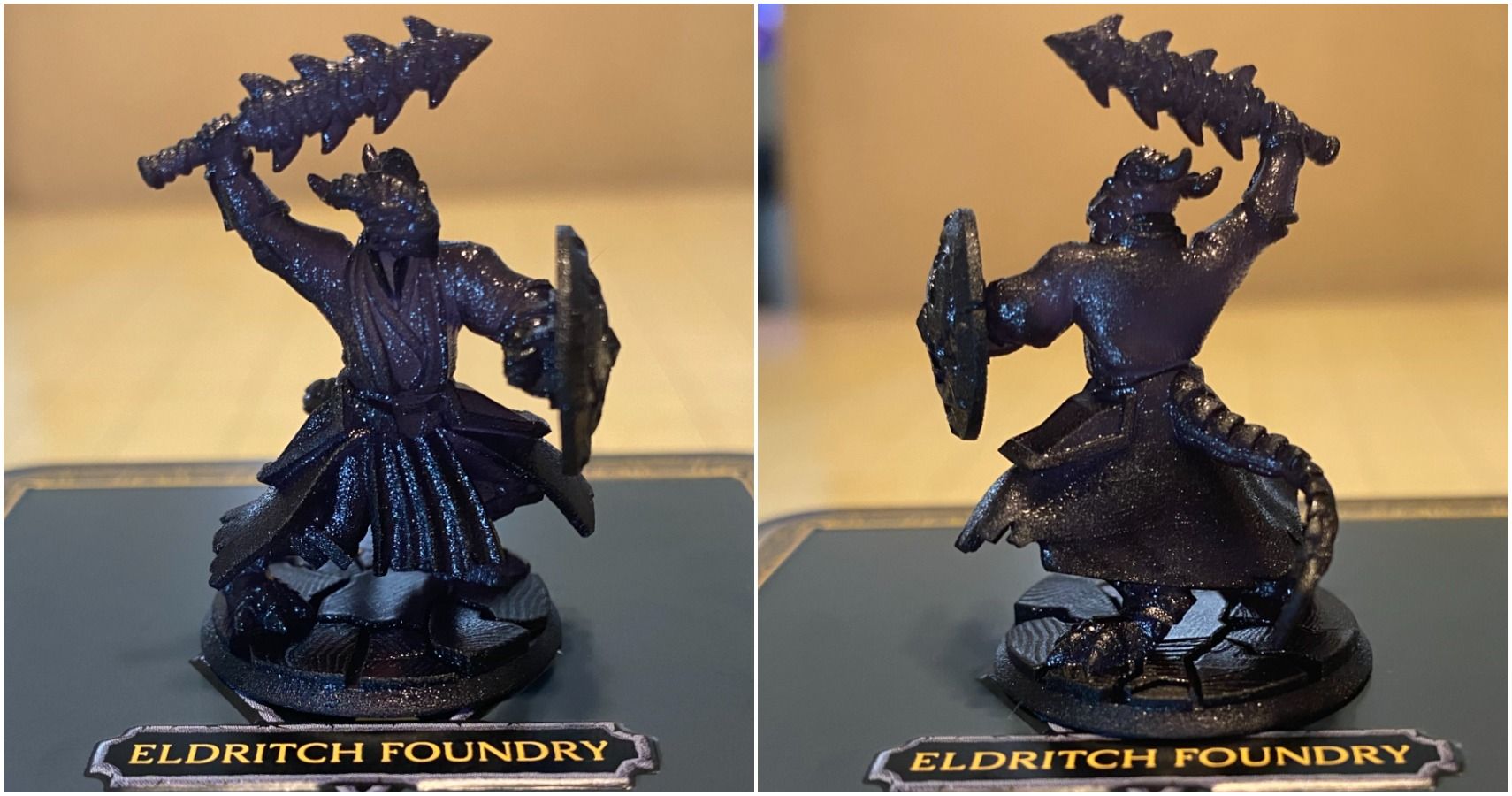 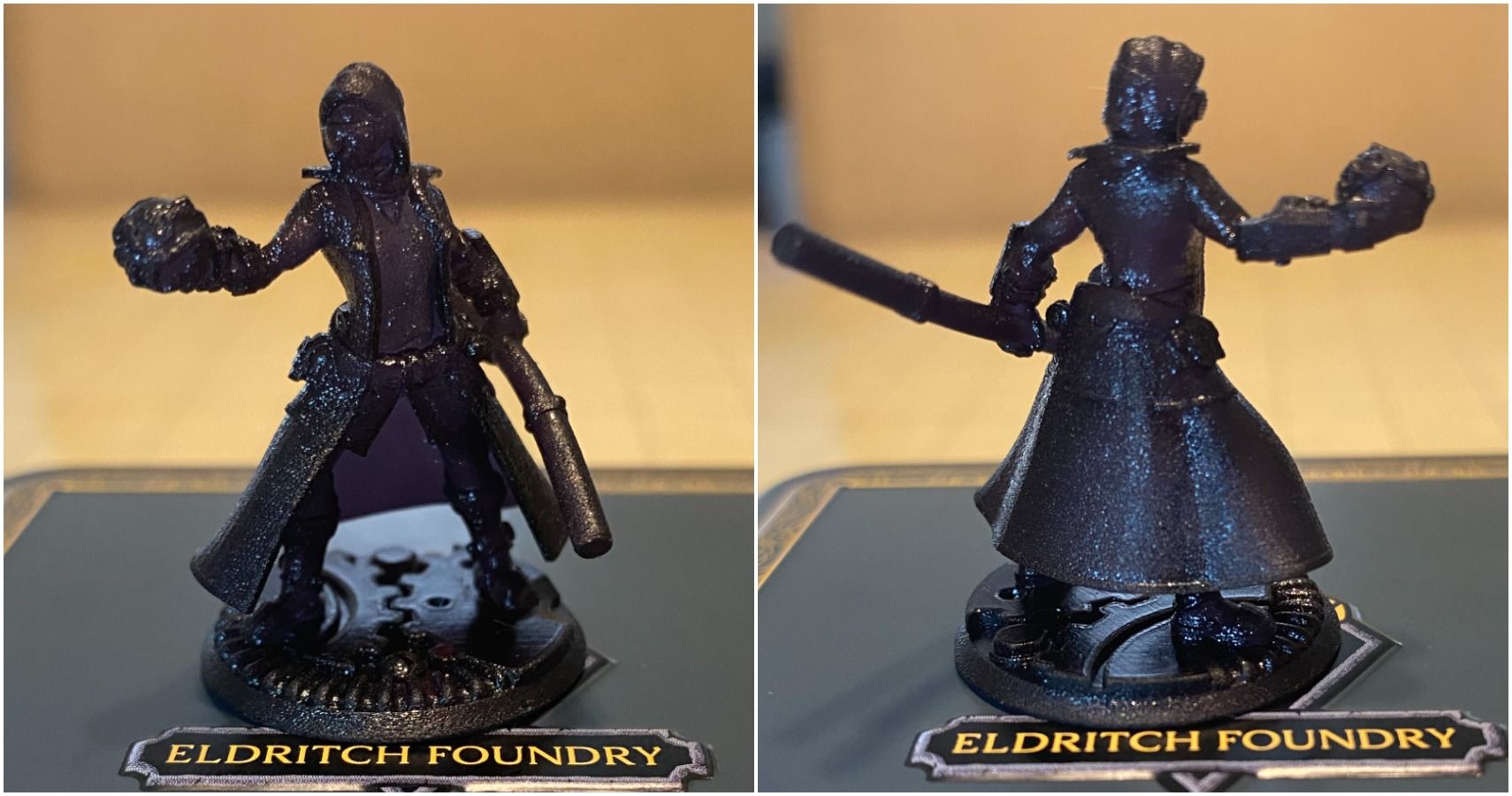 Each of these would cost $29 if I bought them, which is on par with HeroForge’s unpainted “Premium Plastic” print. But Eldritch Foundry feels better, and I think they look cooler with their translucent finish. Of course, that probably doesn’t matter if you’ll be painting them, but the material does give a certain feel of quality that I don’t always get from plastic minis.

Eldritch Foundry doubled down on this commitment to quality by delivering each mini in its own metal box with foam inserts. Not only did this protect them during their journey to me, but now I have a way to keep them safe when I take them to game night. 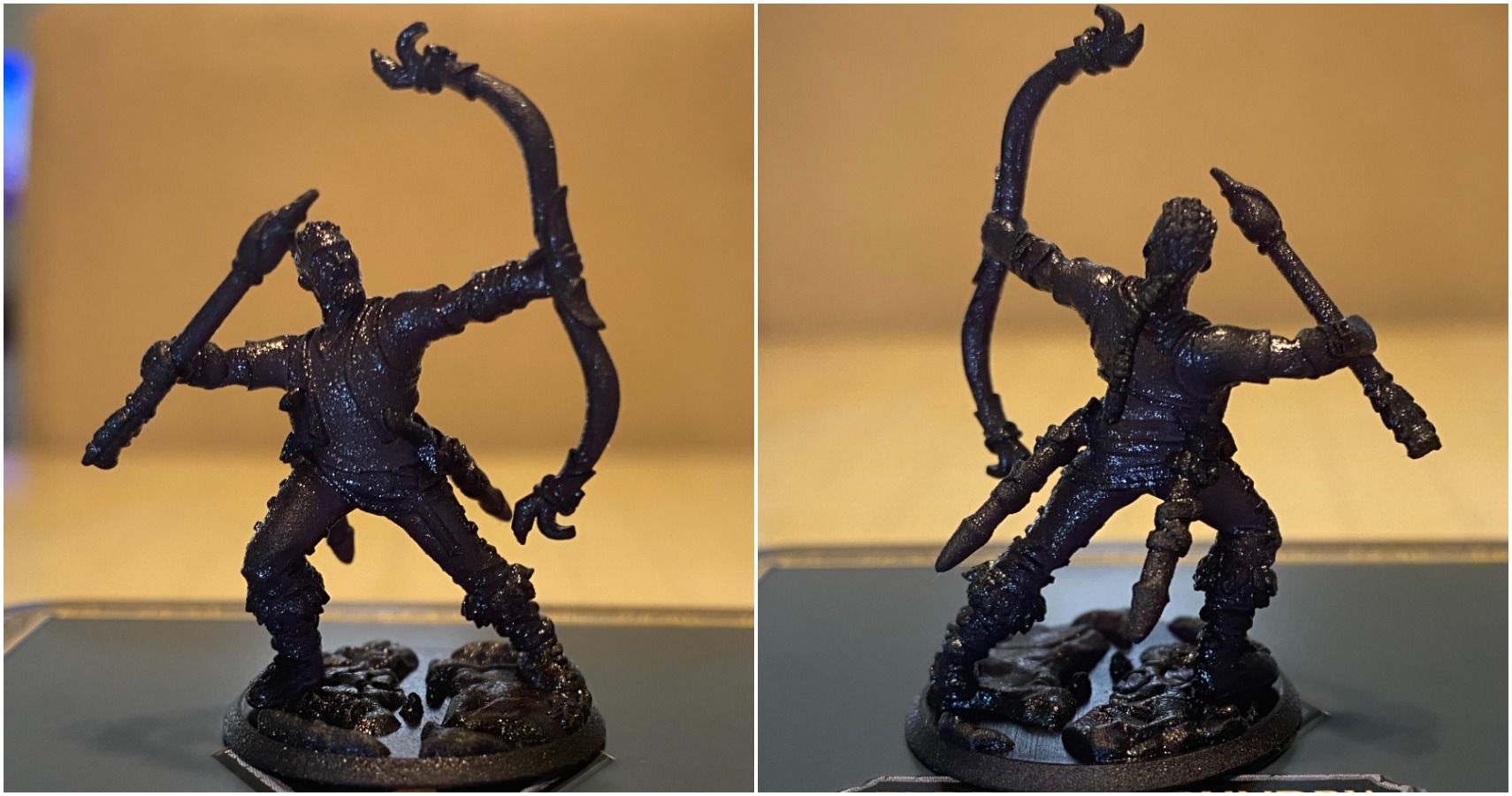 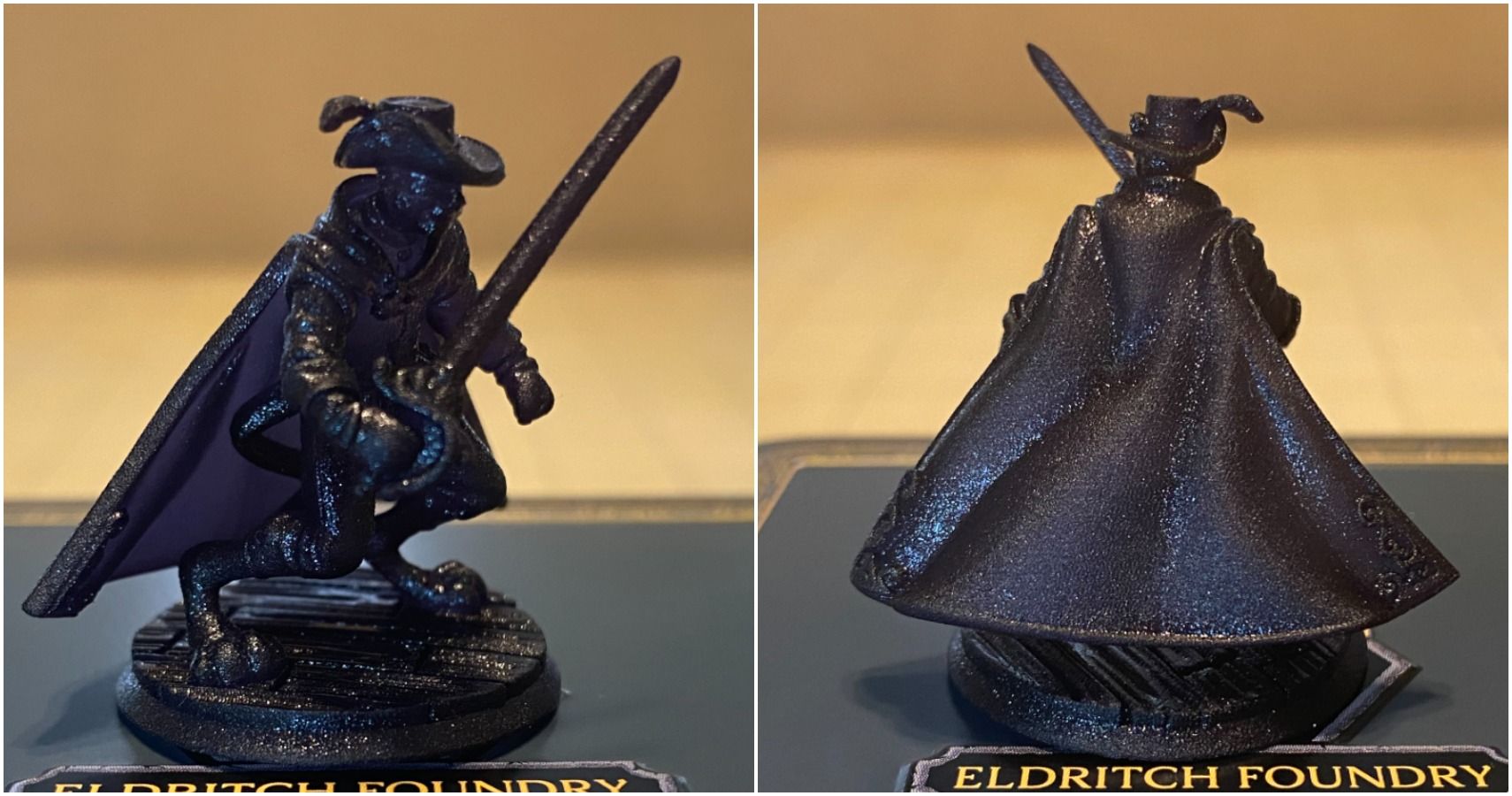 Another option is to simply print your own minis, a trend that’s grown recently thanks to more people having 3D printers at home. Eldritch Foundry offers the STL files of your creation for $3.99, about half the cost HeroForge puts on its STLs. That could be because Eldritch Foundry doesn’t offer as many options. When I created my characters, I found myself limited by the clothes in particular. Many outfit pieces swing between full armor or ragged peasant clothes, with odd dashes of modern items like football gear thrown in. I know D&D is not the entirety of RPGs, and Cyberpunk players might appreciate having V’s jacket, but football player still seems a little too random.

As I write this, however, Eldritch Foundry just added a few more options for spellcasters, including bases that are swirling with magical energy. I also really appreciated the articulation features, which let me raise swords, point arrows, and twist tails into dynamic poses. More importantly, I felt like I was able to capture my characters’ personalities in these immortalized forms. I’d argue that’s what minis are really about, and Eldritch Foundry does a fantastic job facilitating that, even with limited customization and no color.