When the Epic Games Store launched in December of 2018, it was initially met with praise from PC gamers eager to see Valve’s nearly-undisputed digital distribution monopoly challenged. Then Epic went about things in a convoluted, consumer-unfriendly manner. Before the year was out, players were decrying the platform and rallying against the publisher’s penchant for keeping certain titles exclusive to its storefront. Nothing much has changed over the past year, and, with controversy after controversy seemingly tanking the reputation of Epic’s storefront, it’s time for the publisher to admit its wrongdoings and step it up.

The storefront’s most prominent issue at the moment is it’s sparse, unfinished nature. While Valve, Electronic Arts, CD Projekt, and even Ubisoft have maintained their respective feature-complete, competent online DRM services, Epic still struggles to introduce even the most basic features to its digital retail space. Basic store and library exploration options were only recently introduced, and simple features like a shopping cart, user reviews, and gifting options are still nowhere to be found. 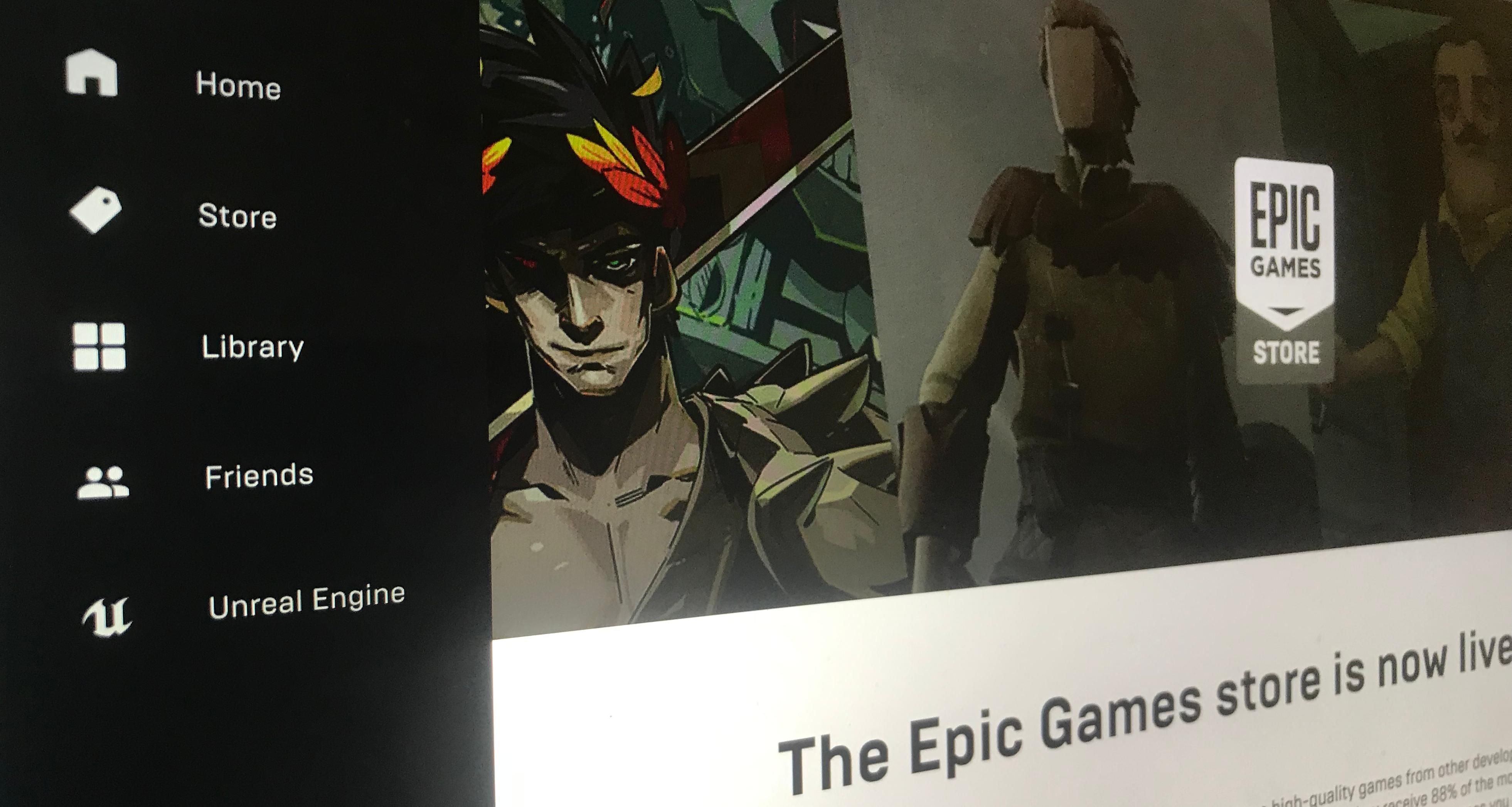 Epic introduced a roadmap, but that in itself showcases how anemic the service truly is. Roadmaps may have become popular in this current generation of early access, but that doesn’t mean launching an entire online store in such an incomplete state is acceptable. What’s worse, Epic isn’t even interested in sticking to it or keeping it up to date. Important dates go by without any announcements or updates, and it entirely negates the point of having a roadmap, to begin with. It’s not merely negligent— at this point, it’s borderline incompetent.

Were the Epic Games Store merely an innocuous nexus for Fortnite PC players, its lack of features would be easier to overlook. However, with the publisher apparently so eager to gobble up exclusive titles and strongarm players into using its service, Epic comes off less like genuine proverys of digital media and more like obtuse con-artists. The company may offer a higher revenue split for developers and hand out free games to users every month, but these practices can only do so much to cover up the underlying issues plaguing what could have been a worthy competitor to Steam, Origin, GOG, and others. 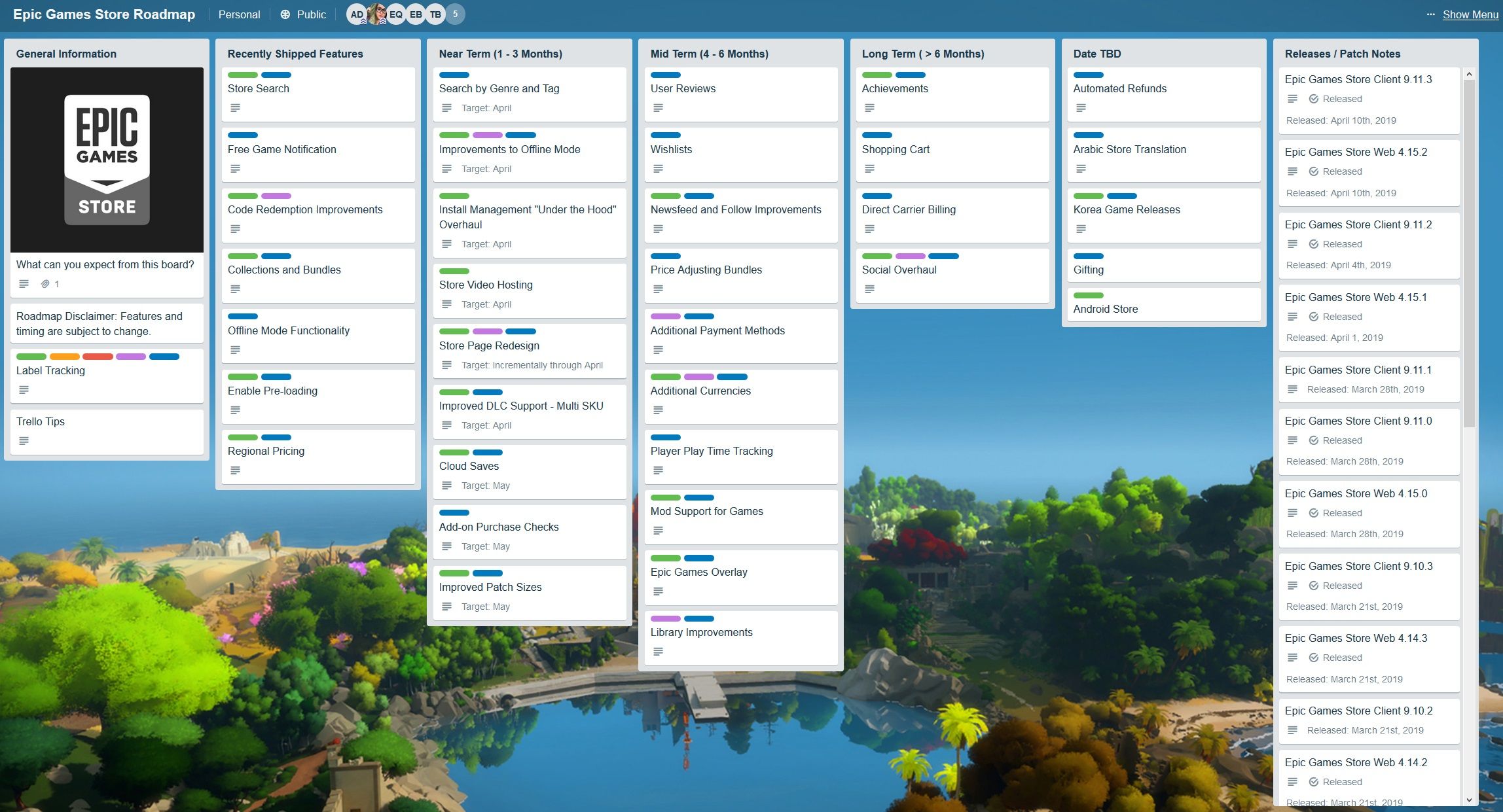 That’s to say nothing of Epic’s controversial association with Tencent, the Chinese metaconglomerate best known for the MOBA League of Legends. Tencent’s cooperation with the Chinese government has been the source of a ton of suspicion, and its three-hundred-and-thirty-million dollar investment in Epic serves to make the North Carolina-based publisher seem all the shadier.

So, what can Epic do to shore up the Epic Games Store and regain its once-sterling reputation? For starters, it may be time to get rid of the roadmap entirely. It seems increasingly tacky and useless, and Epic’s lack of commitment means that it currently does more harm than good. It’s also far past time to knuckle down and roll out some of the community’s most-wanted features.

Beyond that, Epic Games needs to relinquish its exclusive titles and ensure that properties coming to the storefront aren’t held hostage by it. It may have gotten the attention of consumers, but it’s a fruitless effort if most only use the service because they have no other option. The Epic Games Store needs to find a way to justify its existence without relying on artificial market scarcity.

Epic may be known for legendary gaming brands like Gears of War and Fortnite, but that doesn’t mean it can continually subsist off of its past laurels. As it stands, Epic Games simply isn’t correctly catering to consumers and, once its popular battle royale title has been milked for all its worth, it may find itself in desperate need of a PR boost. It’s not too late for the publisher, but there’s no denying that it needs to do some work in order to truly compete with the rest of the market on PC.