Talking about video games is an industry loaded with hyperbole, whether we’re talking about “jaw dropping” graphics, twists that “made us fall off our chairs”, or describing a fairly standard mechanic with a little extra flourish as being “revolutionary” or “groundbreaking”. I’ve been guilty of this myself, but I’m not guilty of it now. I truly believe Final Fantasy 7 Remake is now the perfect video game.

This does not mean I think it is the best game of all time, necessarily. But it has now joined a select group of games that I think would be impossible to improve upon. There is nothing you could add to or take away from Final Fantasy 7 Remake which could ever make my experience better. I feel the same way about Marvel’s Spider-Man, Red Dead Redemption 2, Spyro the Dragon: Gateway To Glimmer, Saint’s Row 4, Life Is Strange, and a handful of others. I know each of those games have flaws. I don’t think any game – any piece of media – can be described as objectively perfect, but Final Fantasy 7 Remake is subjectively perfect. It’s personally perfect. It was already inches away, and with the addition of the photo mode, it’s finally there.

I have no doubt some of you find that a rather trivial thing to push Final Fantasy 7 over the threshold, but the rules for personal perfection are simple: can I think of a single thing I would change about this game? To all the games listed, the answer would be “no”. Until the recent PS5 State of Play, my answer for Final Fantasy 7 Remake was “add a photo mode”. When that addition popped up on the screen, I gasped. Again, this is not hyperbole, and I can’t remember the last time these glossy adverts polished up into one snazzy content package made me do that. 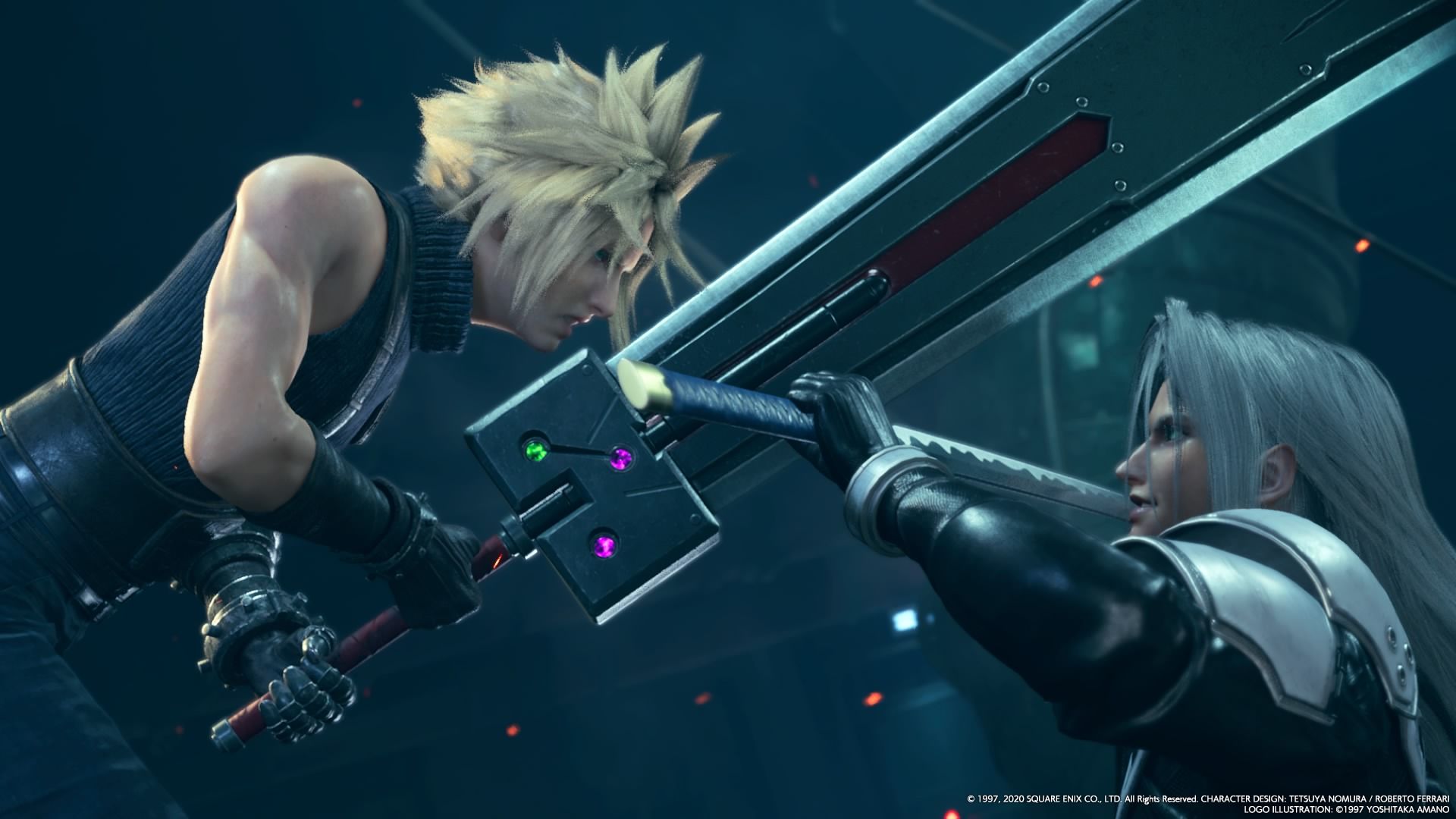 I know a few other games I listed are also lacking photo modes, but it doesn’t feel like they need them. Final Fantasy 7 Remake, with its wonderful colour palette, fantastically lit areas, and the most gorgeous eyes ever captured in a video game, demanded a photo mode. Or at least, I demanded it be given one, and I’m so glad somebody was listening.

Look, I could probably write 1,000 words about why I want photoshoots of Aerith, Tifa, Cloud, Barrett, Reno, Biggs, Jessie, and the rest. That’s 1,000 words each, by the way. But I’d only end up sounding like a creep, and I’m not a creep. Promise. I just really fucking love these characters and although the game has some excellent camera angles and showcases each of the characters brilliantly, it’s not enough. I want to freeze time and spend the day with them all. Anyway, I’m really not a creep.

I’ve already written about how virtual photography can be the ideal escape from the internal and external toxicity of gaming, but obviously, it’s not just the photography. That simply gave Final Fantasy 7 Remake the final nudge towards perfection, but before that it was already everything else I ever wanted in a game. 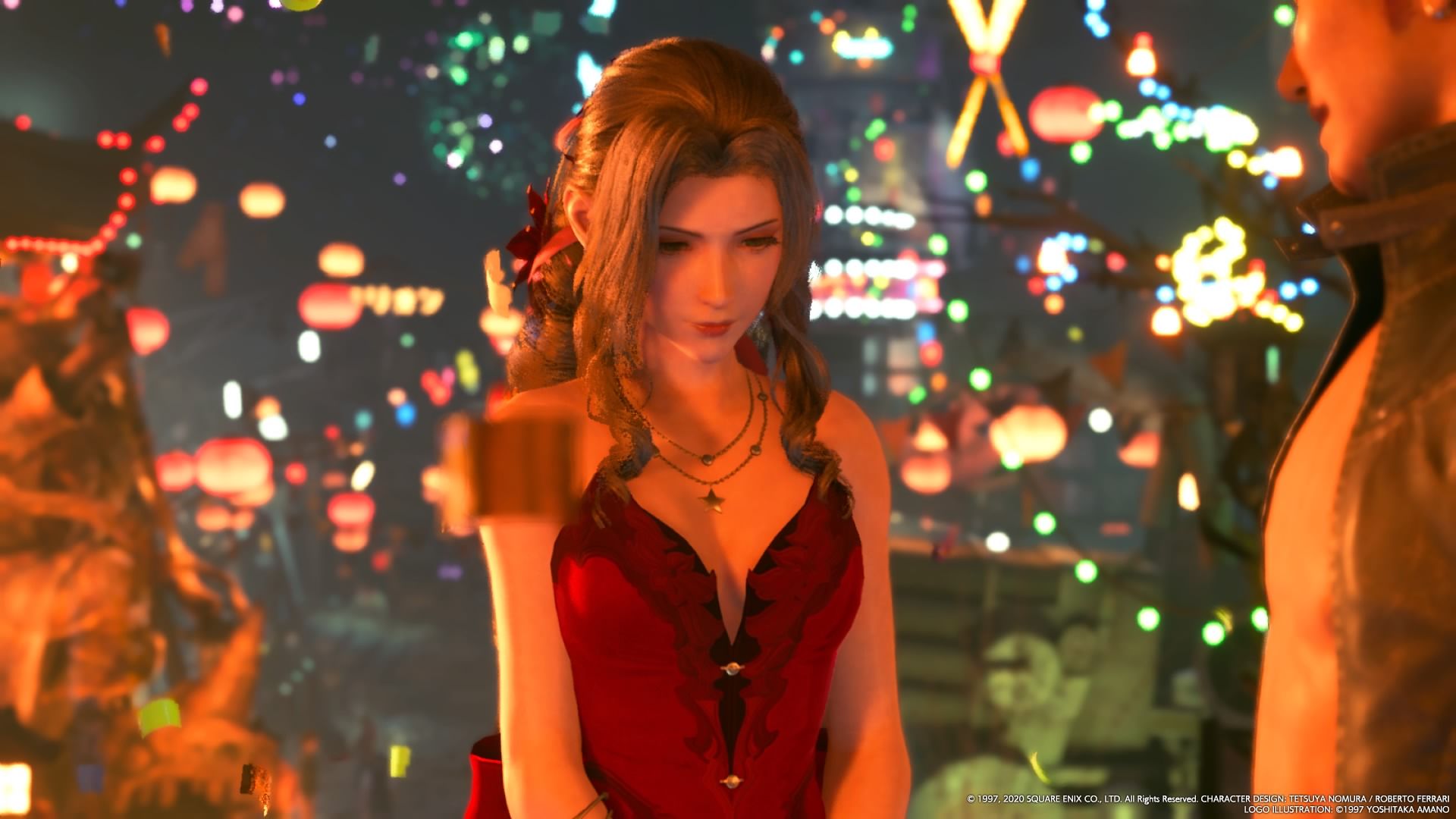 I should probably point out that my love for the remake was not driven by nostalgia. I hadn’t played the original – I still haven’t, in fact, although I will soon – and had only vague knowledge of the story from its cultural impact. I went in with basically no knowledge, and I think that is part of the reason why it’s so perfect to me. Remakes, even the best ones, are never fully allowed to be viewed in isolation; they cannot escape the lens of the original. A few people had complaints of changes, either narratively or aesthetically, but in my mind, there were no changes. There was nothing to be changed. It was all simply new.

There’s one point in the game where a city burns down, and this weird humanoid cat appears on the screen, falling to their knees, sobbing. This cat has not been mentioned before, and never reappears after. It’s just a random, sad cat man. I know now that this character actually does play a major part in the original story, but the first time I played the game, it was just a sad cat. I think all games should have that! I know I said I felt Red Dead Redemption 2 could not be personally improved upon, but if Dutch had a humanoid pig for a sidekick who let out a little sob every time something went wrong, maybe that would be even better. Especially if nobody ever acknowledged that this pig existed.

So much of my opinion of this game boils down the Aerith, too. I play too many games to ever really stand behind one character and say “this one is my favourite”, but Aerith would certainly be in the mix. She’s lovely and kind in a way video games so often just don’t allow for. The way the game uses her flowers to reflect the themes is genius too. She’s always surrounded by lilies, the flowers of death, but also of nature’s rebelion. For all lilies are pretty, they are some of the most resilient flowers around, making them perfect for our hero, the local florist. Even her house, an eruption of colour and beauty in a world so unforgivingly grey and dead, is the perfect match for her. 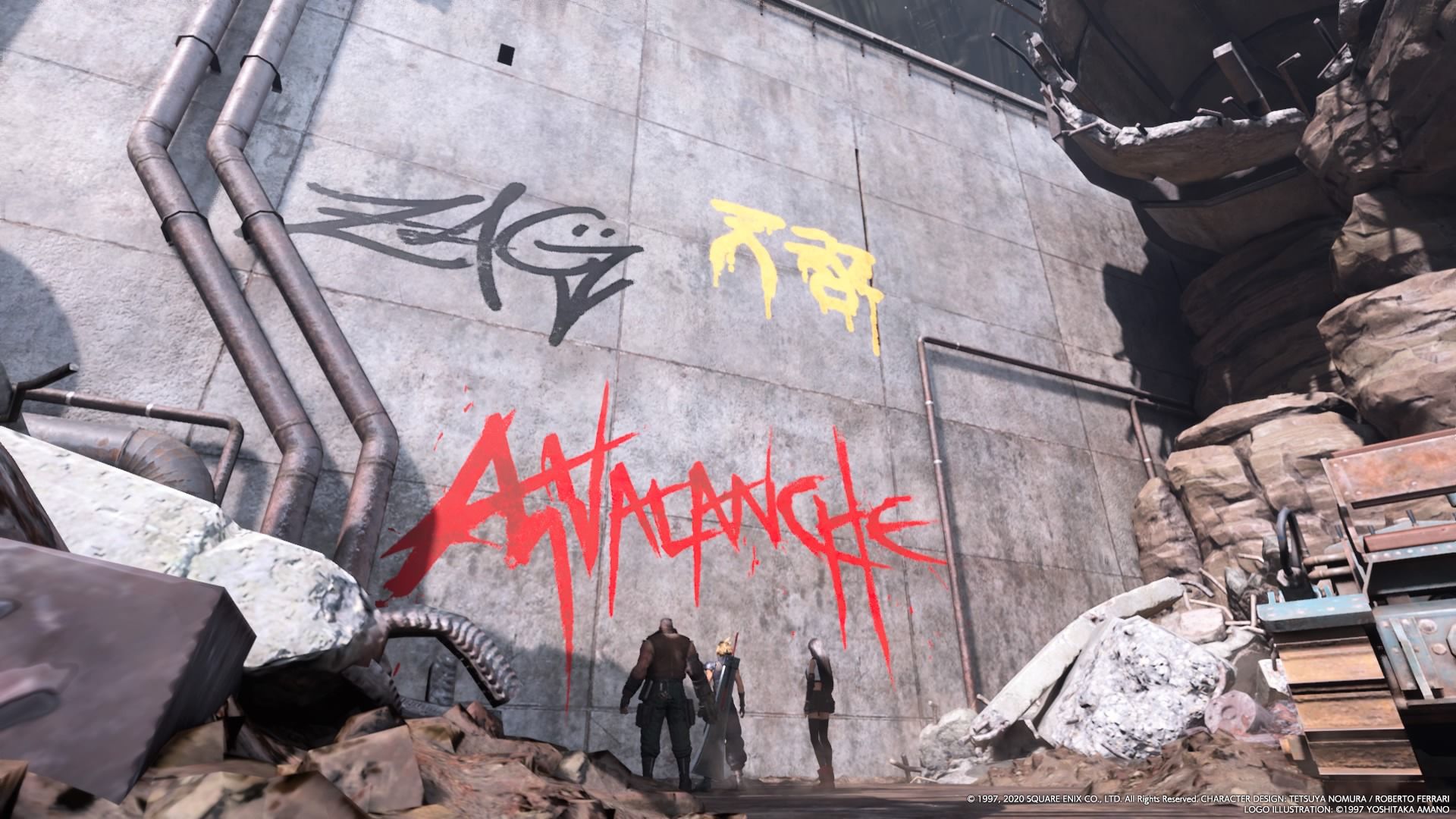 The Hell House is great as well. I liked wandering around the market in Chapter Nine. Messing around with the cranes to pass the cavern was fun. It never felt like it was going on too long, or getting too silly, and I obviously never compared it to the original. I know the complaints with the game, I just don’t care. The only thing stopping it from being perfect was the lack of a photo mode, and with that added, Final Fantasy 7 Remake joins the ranks of personally perfect games.

I adored Final Fantasy 7 Remake, from the combat to the story to the endless line of utterly genius characters. I love it in a way the cynic within myself rarely allows me to feel about video games. It’s perfect, and I can’t wait for the photo mode so I can get lost in Cloud’s eyes forever. Look, I promise I’m really not a creep, alright?

Next: Pokemon Legends Arceus, The Feudal Sinnoh Spin-Off, Could Be Pokemon’s Rogue One – AKA The Best Star Wars Movie 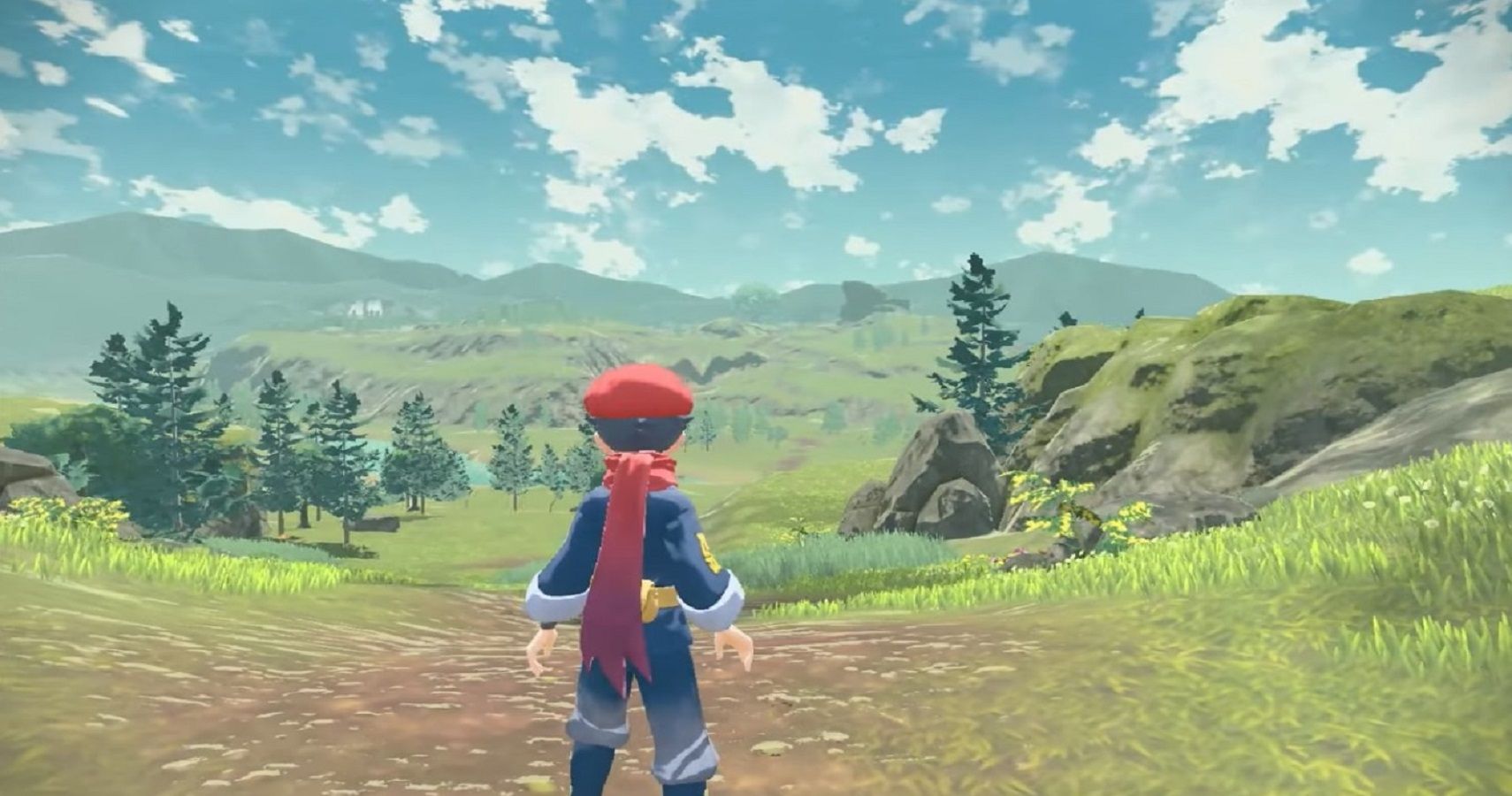