Grace was only 2 when she started fighting leukemia. The blond-haired toddler was a fighter, to be sure — at six months, she needed to have heart surgery — but even so, nothing could prepare her for the realities of chemotherapy. “It was horrible to witness her on the two strongest drugs and be in such pain,” her dad, Sean Noell, told Polygon. During this period, the two would watch Disney’s Frozen hundreds of times. Noell loved watching Grace light up as Elsa and Anna sang “Do You Want to Build a Snowman?”

For a while, Noell was a battle royale player, much like the millions of people who log into Fortnite every day. But over time, the island started feeling a little too ruthless for Noell. He couldn’t jump in and just casually enjoy the game anymore; it was too hardcore now. But instead of giving up the game outright, he started dabbling in Creative Mode. Something about Creative Mode’s endless possibilities to make and play the game in new ways drew him in. One day, he began playing around with Fortnite’s winter assets, spending hours lining up the columns and archways that made up Elsa’s castle getaway in the movie. It was an approximation of the real building, but when he showed it to Grace, she was over the moon.

“She doesn’t speak that much, having Down syndrome,” Noell said. But he could tell she loved it. “She got all excited and gave me a hug.”

Increasingly, Noell’s story is becoming a familiar one: People are moving on from battle royale, and taking Fortnite into their own hands. That transition makes sense. Only one person (or team) can win in battle royale, and that cutthroat terrain doesn’t quite jibe with the bright and friendly Fortnite phenomenon. For many, Fortnite isn’t just a game — it’s a world. With its bright colors and jovial characters, Fortnite evokes the feeling of a larger universe that isn’t limited to shooting people’s faces off. But even if competition is your thing, Fortnite can still occasionally lose its luster, given the ubiquity of the genre. Chad Mustard, a Creative Mode devotee, says that he started feeling tired of the concept right around when Apex Legends launched.

“Even with the constant [Fortnite] updates though, I was starting to feel burnt out on battle royales in general,” he told Polygon. “Creative mode game me a way to still play Fortnite, but have a completely different experience.” 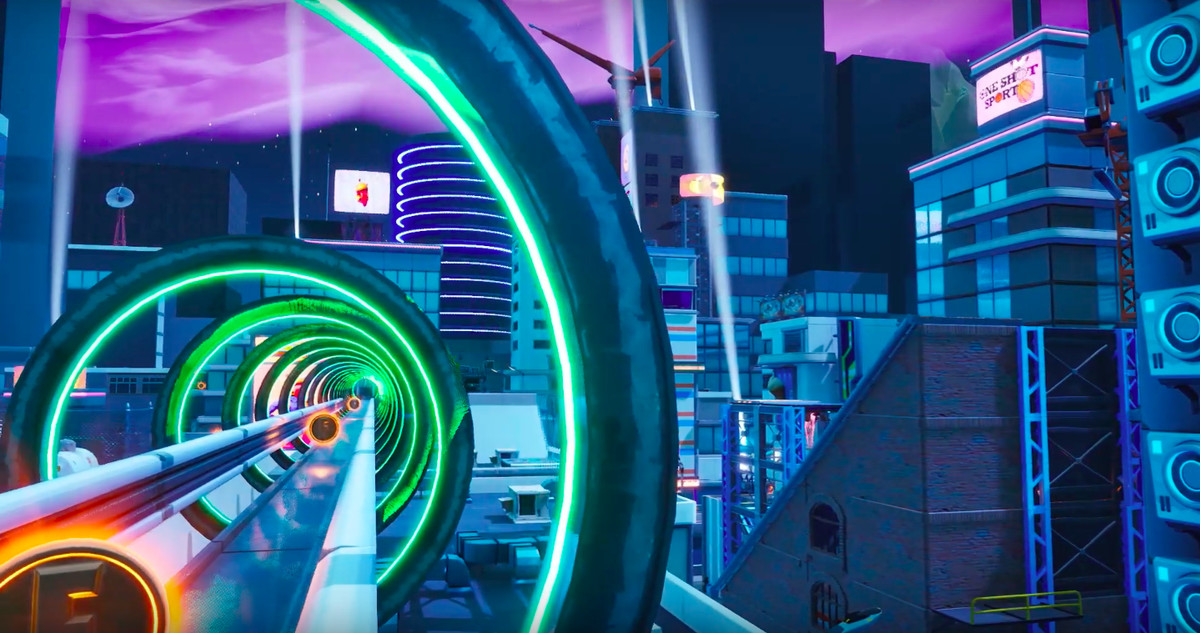 “I usually play Battle Royale for a full day at the end of every season and complete all the weekly challenges, find all the Fortbytes and buy the rest of the tiers I’m missing,” he said.

Dean Lynch, a Fortnite player who spends 90% of his time in Creative Mode, says the tools can make you feel as if you’re trying to “fit a square into a round hole.” Something as simple as building a mountain, he explains, can sometimes mean layering hundreds if not thousands of rock props, each one needing to be resized and rotated so the player won’t notice it’s the same asset over and over again. 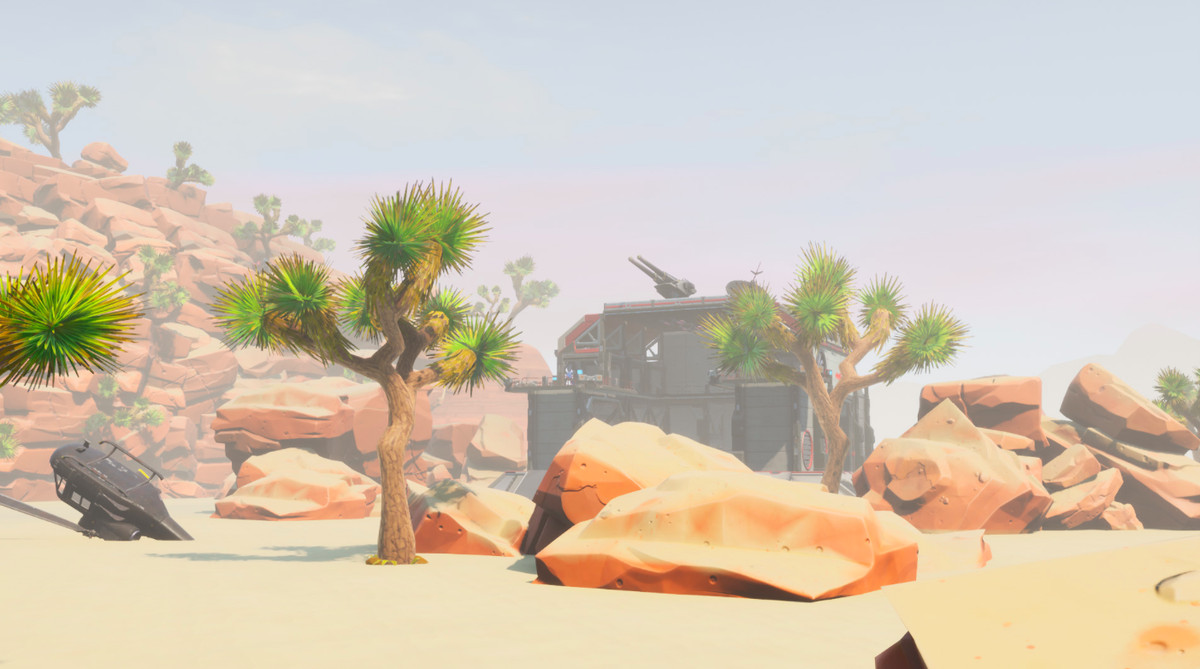 A simple scene composed of hundreds upon hundreds of the same rock.
Dean Lynch

Other times, building simple mechanics requires complicated manipulation of mechanics not built for that purpose. Worse, the constant updates to Fortnite mean that the map you spent ages building can suddenly break because things work differently now. Even so, Lynch loves what Creative Mode brings to the table.

Creative comes with prefabricated assets, such as walls, textures, and lighting — all of which don’t require you to waste time rendering a level after you build it. You can adjust everything on the fly, and what you see is what you get in-game.

“Yes the tools are not perfect,” Lynch admitted. “Creative is no Unreal Level Editor or Valve Hammer Editor, however the tools provided are great for pumping out new maps and game modes fast.”

And the things players are building with these limited tools are amazing. Creative Mode aficionado Josh Grant, for instance, created a story-heavy open-world map where the player has an hour to do a criminal’s bidding. If you don’t complete the objective in the allotted time, a building will be blown to bits. Grant, who is still in school, pulled six- to eight-hour days on top of his studies to complete his creation, which came packed with voice actors and a cinematic trailer. “There was no time for me to work on homework after the school day so I had to work super hard during the day, so I could come home and work on the city without any other responsibilities,” he told Polygon. All told, the “one-hour” map took about a month of work.

If these steps sound like the actions of a professional game developer, that’s intentional. Creators like MackJack not only prototype their ideas, they extensively test maps with the larger community, all to make sure there aren’t any bugs.

Wertandrew, a Fortnite player who makes enough money off of Creative Mode to treat it as a full-time job, used Creative Mode to craft a multiphase boss battle. The first phase will taunt the player until they damage it enough, at which point the participant will fall through a pit. Here, the true battle takes place. Players will find that the fearsome monster has 10 phases overall, which feature everything from sentry spawns to hoverboard sections. While you can only see the boss exterior, the full thing has an elaborate destructible limb system that is held together via a skeleton.

Why go the trouble for all of this? Why spend hours bashing your head against a limited system that can’t match full-on game creation tools? In a word: eyeballs.

When players hop into Creative mode, Epic Games highlights a number of community creations that you can try out. The main battle royale map also has a “block” portion where players can build a small area of the island, which players have populated with everything from pyramids to fancy retreats. Fortnite influencers with millions of subscribers looking for new content also like to scour Creative Mode in the hopes of finding something to delight and excite their audiences. Entire websites are now devoted to sharing level codes for Creative.

And with more attention comes something more lucrative: money. Creative Mode is now its own economy, where players are allowed to monetize their developments through the use of creator codes. While everything playable is free, fans are allowed to input a short code belonging to a specific creator when purchasing a Fortnite cosmetic, such as a skin. Creators can get a small commission from these purchases. It’s a big enough scene that some players will create fake maps that purport to be made by high-profile creators. Worse, some scammers have taken up creator codes that are common misspellings of well-known influencer creator codes, all in the hopes of siphoning money. You can’t watch a Fortnite video now without getting blasted about that YouTuber’s creator code. Some have even gotten their creator codes tattooed on their bodies. 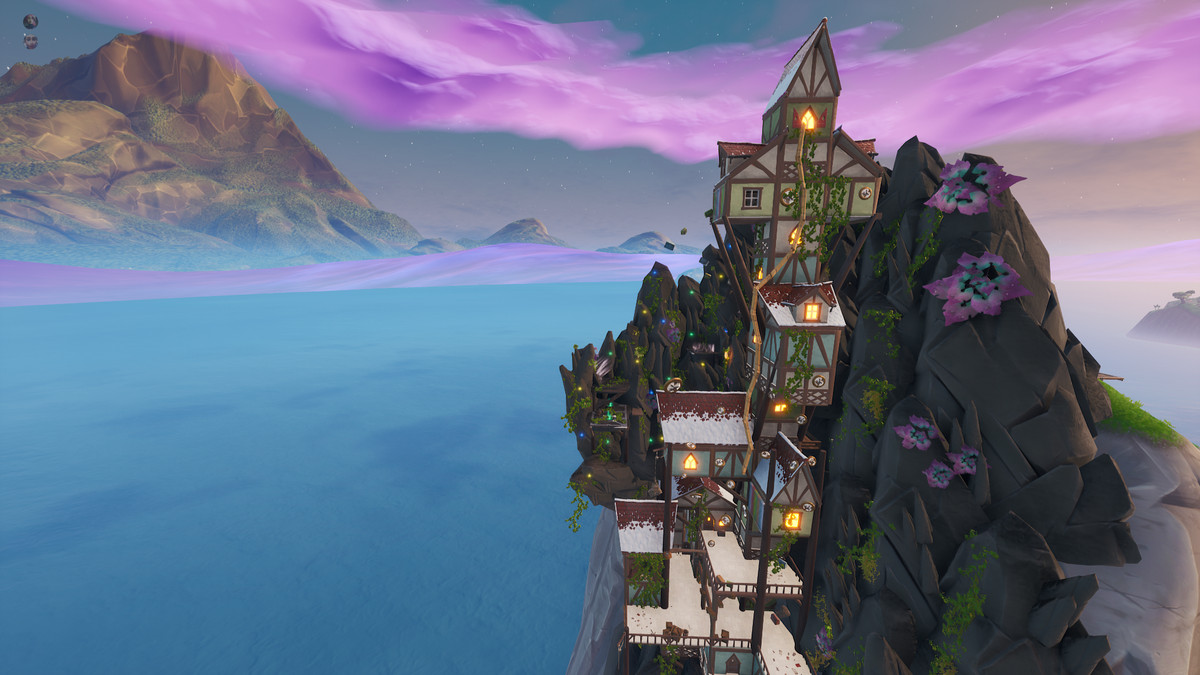 A “Rapunzel” level where players must solve puzzles and do parkour while uncovering a story.
Epic Games via Tiny Maniac

Epic is also pumping money into Creative. This year, the North Carolina company invested $3 million in a Creative World Cup competition, where players were tasked with surviving maps developed and judged by Fortnite influencers. One qualifier, for instance, had players performing elaborate trick shots, and these entries were evaluated by Fortnite star Tyler “Ninja” Blevins. In addition to hosting high-profile Creative Mode game jams, Epic is also starting to tap community creators for the development of official limited time modes or special in-game maps — and some of these fans are getting paid, too. Fortnite has also started to host competitions for player-created limited time modes.

The combination of eyeballs and money has attracted another notable entity into the world of Fortnite: brands. Influencers like FaZe Cizzorz are teaming up with brands like body spray maker Axe to make maps, or to promote campaigns where players can submit their own creations for a chance to win prizes. Which is to say: Playing Fortnite can now occasionally mean wading through interactive advertisements, both by Epic and by other parties. 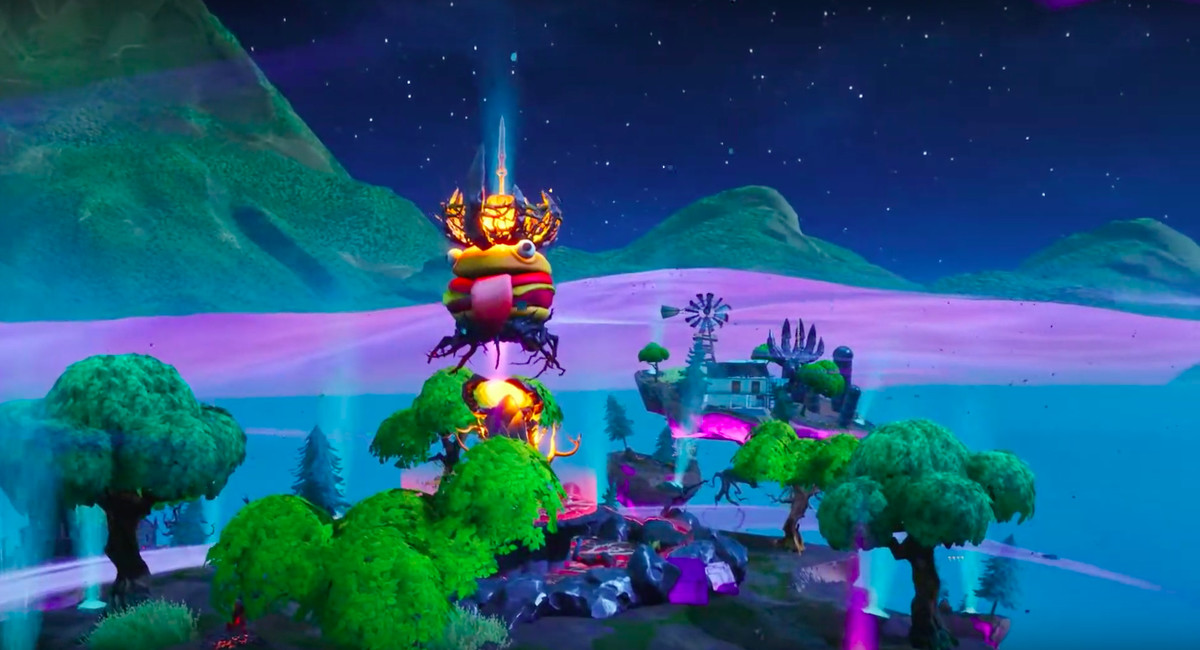 Fortnite, you could say, is following the Minecraft route — which is less about being a game than being a platform for whatever you’d like to do. It is a trend that is overtaking the gaming industry, as companies like Nintendo and Sony now allow players to make their own fun through titles like Super Mario Maker and Dreams, while franchises like Assassin’s Creed are also starting to mess around with mission editors. In the case of Fortnite, leaning on players seemed like an inevitability. Fortnite, unlike its competitors, is updated on a weekly basis, often more than once. It’s not a sustainable method of development — and when development can’t keep up with player appetites, what better way to satiate that endless desire than to hand over the keys to the kingdom?

Creative Mode also helps us better understand Fortnite’s priorities. With every new content update, hardcore players bemoan game-breaking additions such as ballers and mechs, which fans say sully the competitive integrity of the game … but that’s only true if you believe that new additions exist solely for the enrichment of battle royale. And sure, new weapons and gizmos likely help bring people back on the island — but mostly, new mechanics open up an entirely new world in Creative, where players aren’t limited by the constraints of battle royale. A nearly indestructible mech might be a nightmare in a 1 vs. 99, but in Creative? The possibilities are endless.

“Creative is unique in that you don’t necessarily have to have ‘skill’ or be the best, to win a game,” said Creative Mode aficionado MackJack. “There are maps [that] improve your skills for the competitive battle royale game mode, but there is [also] a whole side of creative that is having fun, playing mini games with friends, exploring solo adventure maps, and solving unique puzzles in escape maps.

“I’ve played creative maps that feel like you are in a completely different world.”