The world ended in the 1960s. This can be a hard truth to accept, but that is the way things are in Remnant: From the Ashes. An evil race of tree creatures called the Root wiped out all civilization as we know it, leaving only small groups of survivors behind. A harsh and unforgiving series of worlds awaits the stranger who tries to right these wrongs and find the source of the apocalypse. Them and two of their friends, at least. I recently got some hands-on time with Remnant, both its single-player and its cooperative multiplayer. Here are some of the major takeaways from that experience. 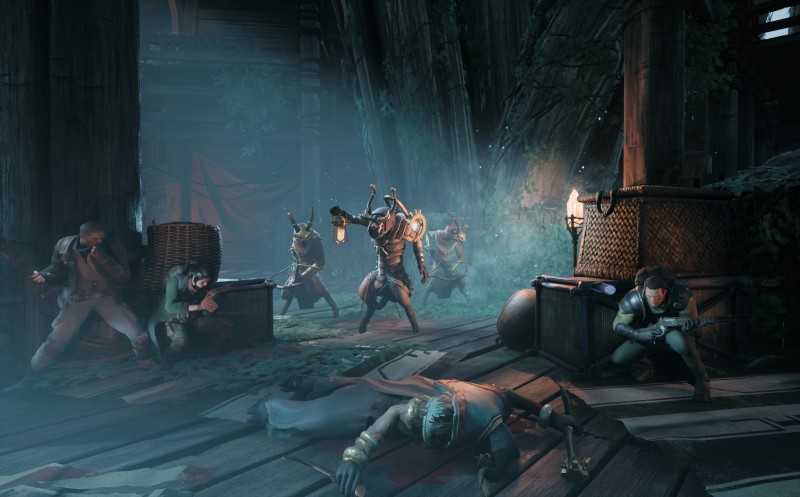 Crafting A Unique Experience For Every Player

Remnant: From the Ashes aims to make water-cooler conversations fun again. During our curated single-player experience, we were given a look at the kind of unique encounters awaiting each individual player. There are four worlds available for players to travel to, each with a handful of overworlds and their own bosses. However, each player’s world is procedurally generated for them when they start the game, crafting each world individually for that person. The exploration, item placements, and enemies will differ across every copy of the game.

Remnant allows up to two other players to drop in (or out) of your instance of the world at any time, should you choose to fight alongside friends (or random people online). The loot is different across each player’s world, so you may want to drop into a friend’s game to grab loot from the area they are currently exploring since it will be different from yours. Gunfire Games co-founder and design director John Pearl calls this “chaperone random generation,” as the environments and general sense of direction remain the same, but the layout, drops, and enemies will be unique to each game.

Dungeons exist as different sub-areas throughout each of the main worlds. In our walkthrough, we saw a dungeon lead both to a vendor who provides new items, and a more typical dungeon in which you explore, fight through waves of enemies, and conclude the area with a mini-boss fight.

The vendor we came across happened to be wearing a mask that was clearly Root in origin. He was speaking in a matter unbefitting of sane people, stammering about a tree speaking as a voice in his head. At this point, Pearl described how this interaction could play out in several ways. For example, it is possible for you to have killed the tree that is speaking to him before entering the dungeon, causing him to be much calmer and more personable; you can also kill the tree after talking to him, which surprises him and calms him down; or you could attack him and take the mask from him. There is also a chance the tree could just not spawn in your randomly generated world, and he could just be a regular vendor from the outset. “A lot of the time it’s like, ‘Did you see that big creature that came in and destroyed that building?’ and ‘Yeah, I saw that too,’ but what if you were comparing totally different experiences?” Pearl says. “We wanted to make something that’s fun to play in single-player, fun to play in co-op, but fun to play multiple times.” 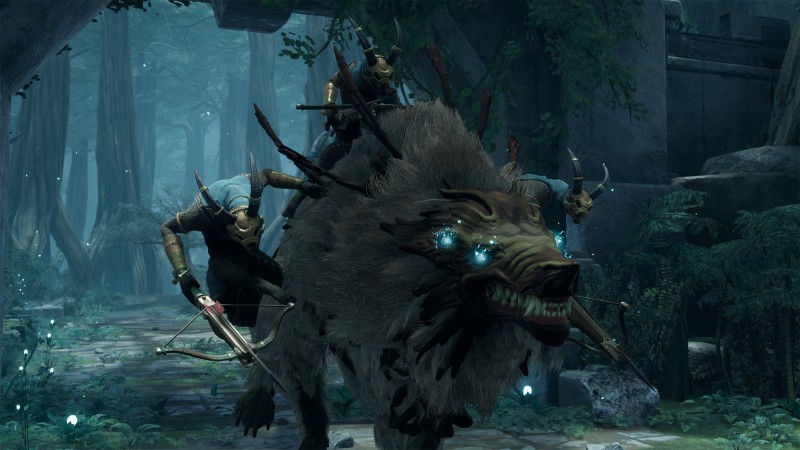 A Bevy Of Bosses

There are two boss types throughout the game, and we fought both. The more common kind are the minibosses; these bosses are found at the end of dungeons throughout the overworlds and are tougher versions of other enemies found in the game. These bosses often throw weaker enemies at you as well as have unique traits to add new elements to the fight. For example, we fought a miniboss called Onslaught with a “vicious” trait, which meant it was harder to stagger. These bosses usually drop a weapon modification or similar resource, used to craft new weapons or add special abilities to each gun.

The other kind of boss is a world boss, which are the major fights throughout the game. There are two in each world, one for each overworld, and they each have a unique design and arena for your shooting pleasure. Upon defeat, the world boss will drop a valuable resource, something the player can use to build a new weapon back at base. However, these drops are where these bosses bring something new to the table; there are two possible endings to these fights, as each one has a hidden objective that will net the player a different resource. Sure, you can blast through the boss the normal way (like we did), or you could find a different way to end the conflict and come out with a rare resource. One boss we fought can be found and talked to before the fight, leading to the fight being skipped entirely and granting the player an item without the hassle of a huge encounter.

Our playthrough began at a familiar point to fans of the Dark Souls franchise. While Remnant isn’t “the Dark Souls of third-person shooters,” because of its difficulty, it does have plenty of Souls-y elements to it. We began at a checkpoint, a crystal at which we sat to refill our ammo, healing items, and health. These crystals function similarly to the bonfires of the Souls games, as both serve as posts to save and replenish and reset the enemies of the area.

A main mechanic of Remnant’s combat is the dodge roll, a maneuver that functions based on how much stamina you have left. While you aren’t getting up close and personal with every enemy since the primary weapons in Remnant are guns over swords, the dodge roll is useful when it comes to finding balance in the enemy waves, and it contains precious invincibility frames. Often a few heavy enemies carrying guns will be paired with an onslaught of weaker, melee-based enemies that force you to move instead of simply standing and shooting. Healing also functions similarly to Estus Flasks, as using the primary healing item slows you down and runs you through a set animation before you can return to combat. This and the dodge roll are similar to the combat present in Dark Souls, but are primarily meant to build upon the adaptability the game is centered around.

In terms of building your character from the ground up, there are no classes. You choose from a handful of presets to set the starting line for your character, but each character can be molded to fit your individual playstyle. You are not locked into a particular style of play from the beginning. In our demo, I play as a “scrapper.” He is built for close quarters, equipped with extra armor, a shotgun, and a big hammer. However, with more time I could upgrade the character to focus more on mid-range combat by changing my stats and using new weapons. Your characters are upgraded through a trait system; points can be gained from completing quests, found in the environment, or from general combat. Traits improve various stats and abilities, but are used mainly to upgrade stamina and health, allowing for a preset character to be altered to fit the player’s needs.

Other smaller elements are reminiscent of the Souls series, but Remnant is not a Souls rip-off. The random generation, scarcity of ammunition, gunplay, and three-player co-op are enough to set Remnant apart from other games in the Souls format. 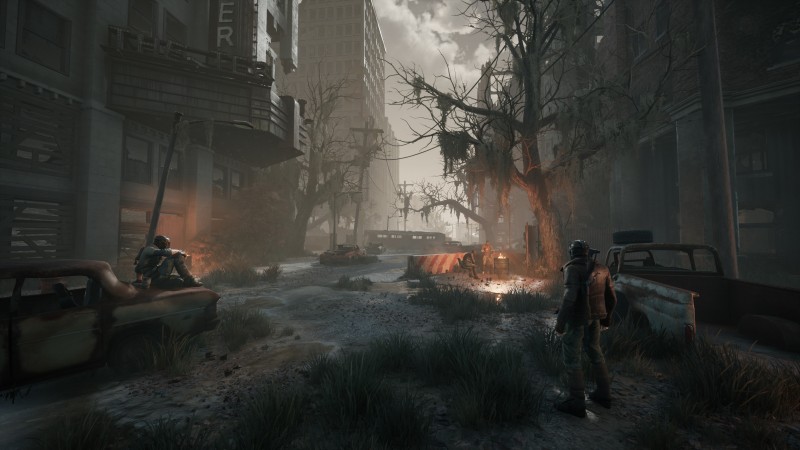 The worlds of Remnant are wonderfully detailed and lush. The infection the Root has spread is causing overgrowth across Earth’s cities, and the color and detail is impressive. However, one of the most intriguing facts about the world of Remnant is that it shares its world with Chronos, Gunfire’s 2016 Oculus Rift launch title. Chronos follows a hero sent to cure the world of its infection, which ultimately set the stage for the impending doom of the 1960s and the growth of the Root. The dilapidated skyscrapers, ‘60s aesthetic, and military facilities are the same, but in Remnant, the world has begun to come back to life. Guns are introduced alongside new NPCs and quests, and the world opens for exploration in a way that wasn’t possible in Chronos.

Pearl doesn’t describe Remnant as a sequel to Chronos; more a successor. “We just loved the world so much that we created in Chronos, we thought it could be fun to revisit that and see how the rest of the world lives.” The player character hails from the same tribe as the main character in Chronos, sent to find the source of the Root after the events of the previous game. While the VR gameplay of Chronos is centered around slow-paced melee combat, the wanderer of Remnant quickly realizes that running through this world with nothing but a sword is a bad plan.

A few enemies from Chronos are also included in Remnant’s ensemble, as the evil is the same. However, Remnant travels to new worlds, each with its own enemy variety, hierarchy, and weaknesses. The world and story of Remnant will be familiar to fans of Chronos, but there is a lot of new content present throughout Remnant for those returning players. Long story short, Chronos is not required reading before starting Remnant, but we liked Chronos when we got our hands on it, so you might want to give it a try.

You won’t have to keep your eye on Remnant: From the Ashes for long. Remnant releases from PC, Xbox One, and PS4 on August 20, but is available four days in advance for those who pre-order. 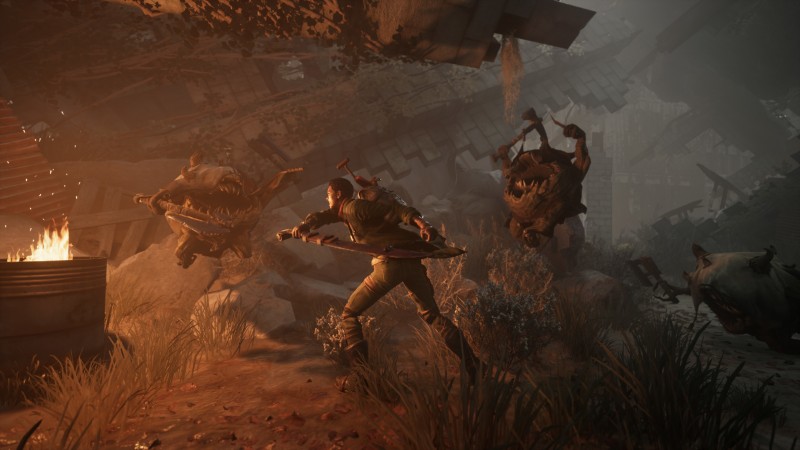 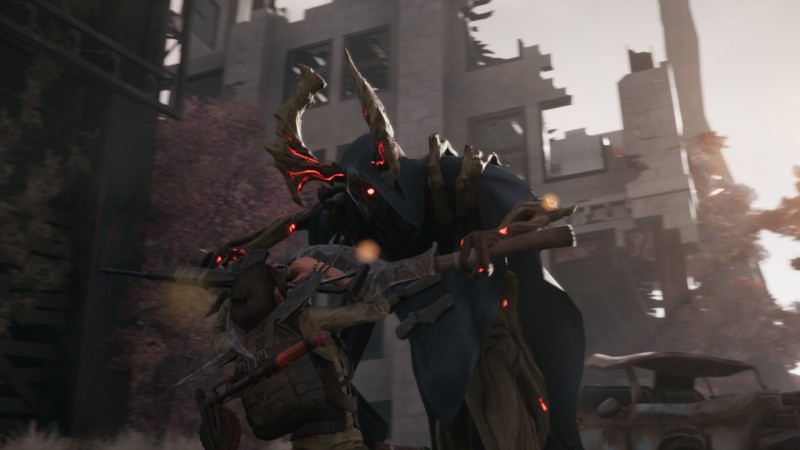 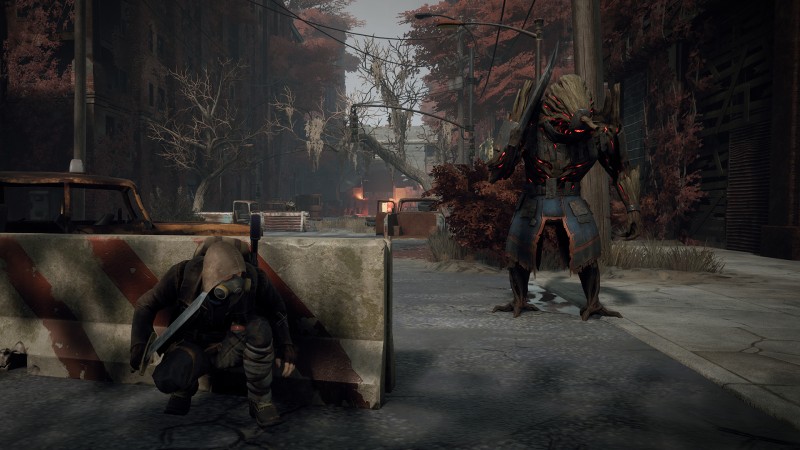 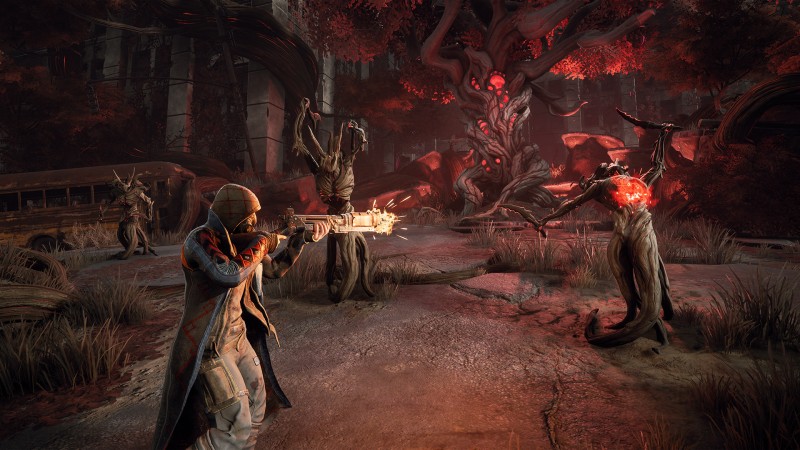 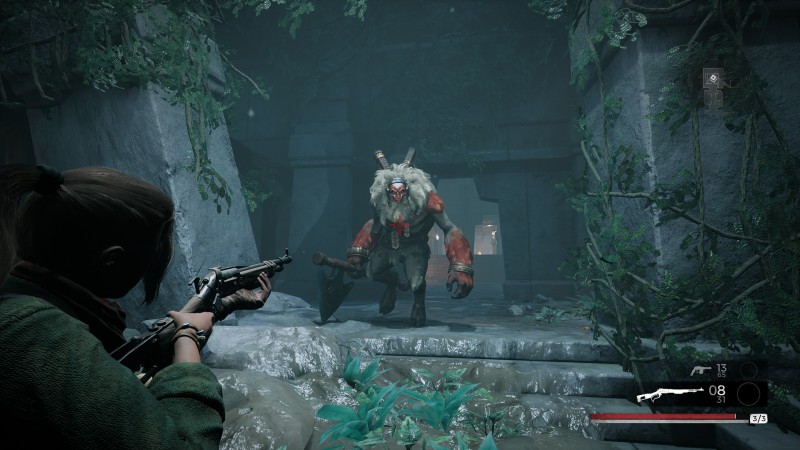