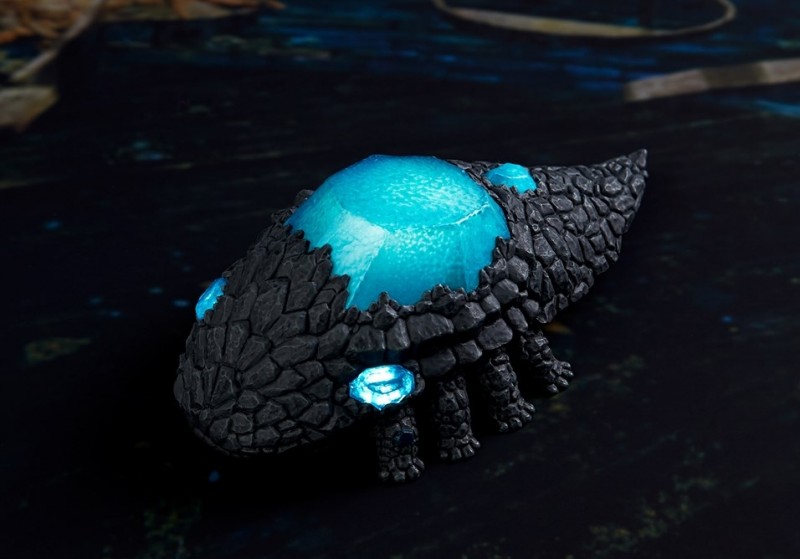 When Dark Souls first came out, one of the immediate pain points fans of Demon’s Souls had was that the crystal lizards were tiny little monsters that escaped from the devil’s maw. Well, they weren’t that bad, but the nature of the game made them limited, so each one you see could be the last chance you get at it. They were much more forgiving in every game after them, giving you unlimited opportunities to eventually kill them and get the sweet, sweet weapon materials living inside.

Now you can live the relief every day with a Crystal Lizard light up statue from the figure company Gecco. The statue is exclusive to San Diego Comic Con, so if you plan to attend, you can pick up one of these weird babies at the booth or pre-order them online and then go pick it up at the booth. While it lights up, it probably doesn’t light up a room like a lamp, so you might use it for mood lighting. You know, to fill someone’s dark soul with light.

In other From Software news, there is a rumor that George R.R. Martin consulted on a soon-to-be-announced From Software game. Might that game be announced at E3, if it even exists, since Martin was not specific about which game he was involved with? We’ll find out soon.