Hawkeye is secretly the Marvel project I’ve been looking forward to for the longest time. I didn’t know what to expect from WandaVision, and had grown sick of Loki – especially given he had already died. Falcon and the Winter Soldier seemed interesting, but Hawkeye was where my money was. Flash forward to now, and WandaVision was one of television’s most interesting debuts, Loki justified its own existence and then some, and Falcon fizzled. Continuing this extremely hot streak for my predictions, Hawkeye doesn’t seem up to scratch either. The thing is though, it’s doing everything right. So why is it going wrong?

Hawkeye is a bit of an underdog – that much is obvious. He fights alongside super soldiers and literal gods, while his superpower is being quite good at archery and looking cool in the rain. In Avengers Assemble, Joss Whedon manages to make this interesting, leaning into the realism of Hawkeye with limited ammo, specific crowd control duties, and a range of interesting arrows. Unfortunately, while the MCU moving forward borrowed Whedon’s sarcastic, meta dialogue delivery extensively, it forgot Hawkeye. On the odd occasion Barton reappeared, he was just a dude with a bow again.

Related: Stop The MCU I Want To Get OffEndgame’s Ronin storyline tried to give him depth, but most of his role involves mourning Black Widow. Watching this on opening night in the cinema, it was a deeply affecting moment in the MCU continuity. Now though, with Black Widow getting her set-just-before-Endgame spin-off after the fact, and with so many deaths coming after Widow’s in Endgame, it feels overlooked.

This is why the Hawkeye show was such a compelling idea. There was no one to steal the spotlight. We all knew Kate Bishop was going to take the mantle, but she would still be a Hawkeye, and perhaps a better suited one than Barton ever was. 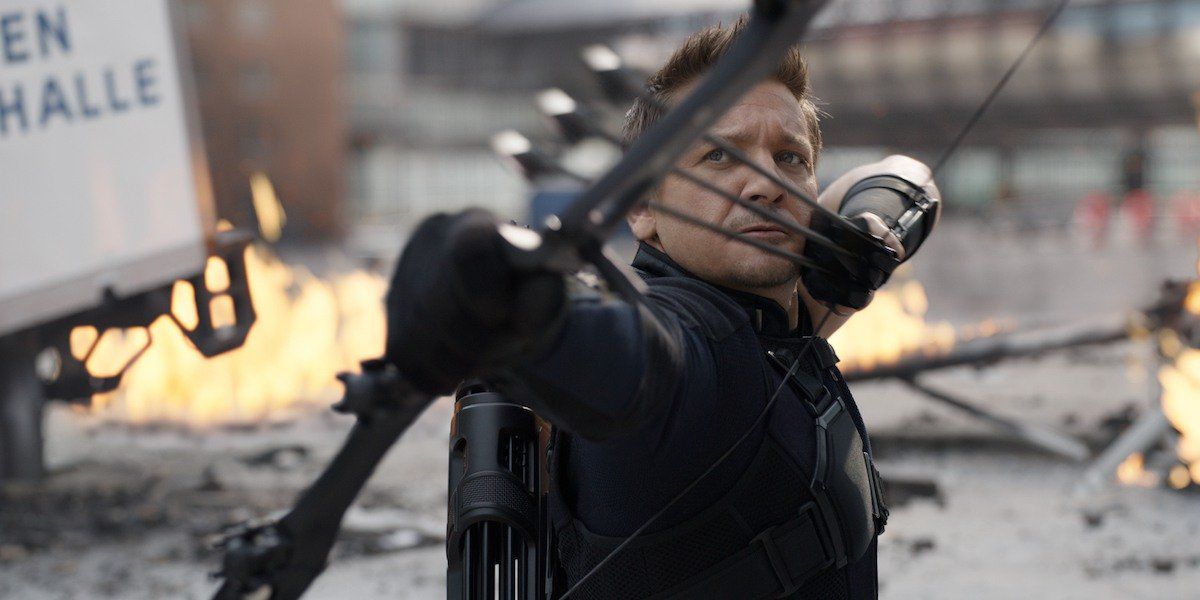 I don’t quite understand our collective distaste for Jeremy Renner. Yes, he had a very silly app once upon a time, and I have no interest in listening to his jazz album, but he's a good actor. There's just one problem – he's a character actor. RDJ, Hemsworth, Evans, Johansson, Larson, Boseman, Holland, Pratt, Cumberbatch, Olsen, and the rest are not character actors – they're superstars. Renner has always been wrong for the part. Like Bridges, Rockwell, Gyllenhaal, or Blanchett, Renner should have been a memorable villain. Hawkeye is a misfit because Renner is a misfit. Hailee Steinfeld is an up-and-coming superstar, much like Florence Pugh stepping into the Black Widow role, and together the two of them offer a bright future for one of the MCU's oldest pairings.

Drafting in Steinfeld's star power alongside Renner's understated experience isn't the only smart choice Hawkeye has made. It has both acknowledged Hawkeye's status as the worst Avenger – like in the Times Square scene – while also showing him to be a hero. A local restaurateur thanks Hawkeye for saving his city, and a young Bishop herself witnesses his heroics during the Battle of New York. It establishes Hawkeye's place in the MCU without becoming a meta joke about how everyone thinks he's useless. In short, it resists Whedonising it.

Bishop, too, is well defined. There is no attempt to strip away her wealth and make her seem more relatable – this bitch rich. Though she craves independence and has not been spoiled by her upbringing, she has that aura of consequenceless-ness only rich people possess. Hawkeye, deafened by his exploits as a superhero and living a far more humble life than the likes of Iron Man, Black Panther, or Black Widow, is the opposite of this. Together they make for an interesting duo, with Hawkeye's protective uncular relationship with Kate avoids the typical mentor tropes of the MCU while also side-stepping the father-daughter dynamic stories like this love to push. All of the ingredients are there. So why is everything so flat? 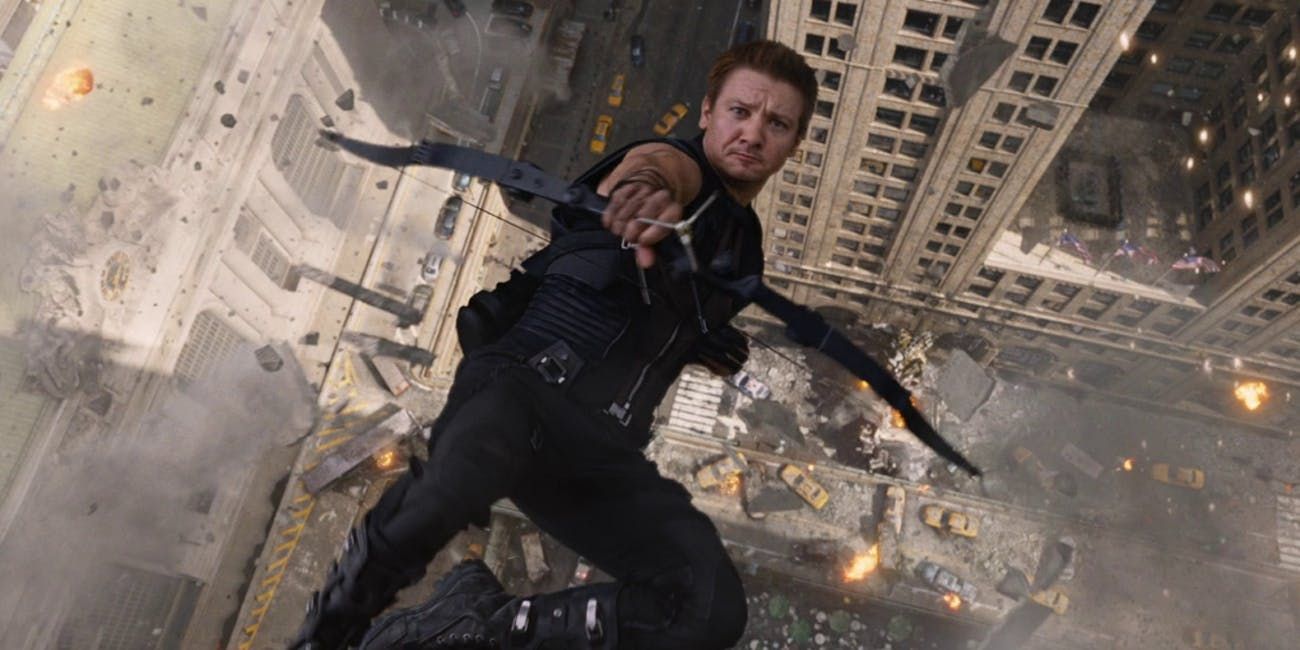 I think the Hawkeye show is a good idea. I think Renner deserved one last turn as Barton, and I think Steinfeld as Bishop is the perfect choice to replace him. Plus we see multiple scenes of Steinfeld in a suit. Yet despite this, it isn't really working right now.

Part of the issue is this great dynamic they share. Owing to the fact he is a character actor and therefore works better with a scene partner, all the times Renner is alone fall flat. Why was there a LARPing scene? It can't have been out of any affection for LARPing, considering the oddly smug way the whole thing is presented. Meanwhile, though Steinfeld is charismatic enough to make it work, her own solo scenes take away the realism and groundedness that Hawkeye as a character and as a show needs, making everything melodramatic. 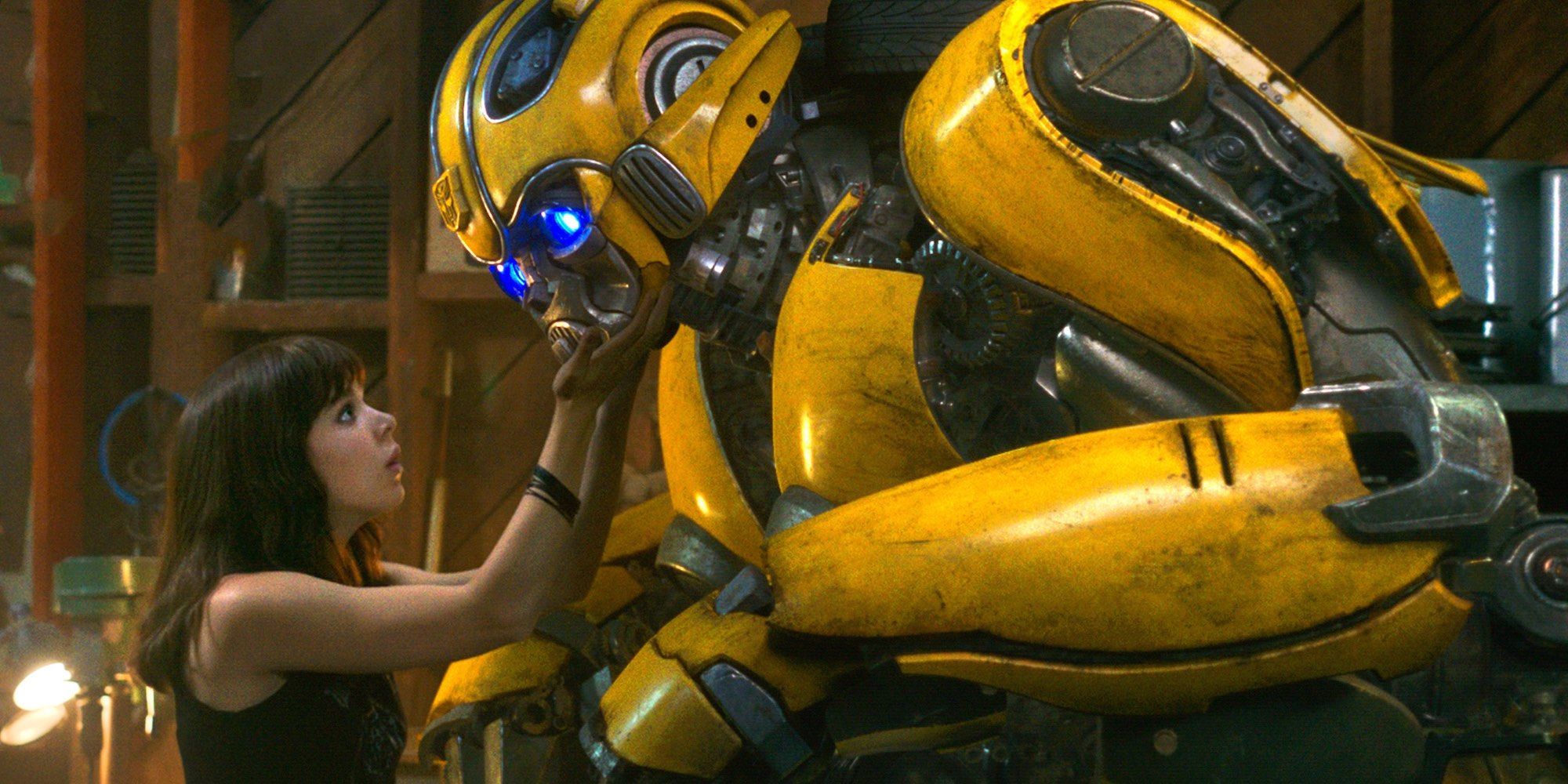 Speaking of grounded realism, the combat in Hawkeye should be stellar. Even as the MCU continues to chase CGI schlock-fests, it has still never topped the simplicity of Winter Soldier vs Cap in Captain America: The Winter Soldier. Widening the MCU to mean 'all Marvel properties', this clash is bested by Daredevil's corridor fight. The Hawkeye show understands that for the bow and arrow thing to work, you can't really come up against celestial gods or giant laser robots, yet the fighting is so pedestrian. Steinfeld's action experience so far is limited – True Grit as a child, Bumblebee as a bystander, and Charlie's Angels as a cameo – so it's understandable that she is not at Keanu Reeves' level of John Wick-ness, but if the MCU isn't going to hide behind CGI, it needs to make the most of hand-to-hand combat. More arrows will definitely come into it as the series goes on, but right now what could be the show's selling point is letting it flounder.

Then we come to the biggest flaw – I just don't care. I was excited for Hawkeye, I like Renner, and I love Bishop. I am the target audience for this, and you still can't get me invested in any of it. Too often it feels like a vehicle for Steinfeld's next MCU role, a way of giving her cool lines and likeable personality to sell action figures and tickets for the 2024 movie Bishop. Loki and WandaVision worked as TV shows because they existed for themselves. Hawkeye, much like Falcon, exists as a set-up for what comes next. All of the MCU is that to some extent, but it would be nice if they weren't so obvious about it.