The year was 2003, and I was around ten years old. I was alone in the YMCA daycare center in Winder – a historic Georgia town with NASCAR shops, a bunch of fast food joints, and not much else. It was hard for me to get along with other kids at the time, so I almost always stuck to myself – reading Dragon Ball or counting my Yu-Gi-Oh! cards in the corner.

But one day, the two arcade cabinets in the daycare opened up. Usually, kids crowded the Tekken 3 machine or the No Good Gofers table, so I’d never actually gotten a proper look at the small, red cabinet nestled between them. On this particularly quiet day, I mosied on up to the machine, and started to watch the opening crawl.

In mere seconds, I was transfixed by this strange, byzantine game called Magical Drop II.

I’d never seen anything like this strange old thing. Naked goddesses falling from the sky. Weird little jesters with abstract faces. Swordfights, mages, and evil empresses. And all of it tied together with cute retro anime aesthetics? I couldn’t resist. Checking my corners to make sure none of the older kids were going to swamp me, I hunched in front of the small NeoGeo cabinet and started my free play.

What followed was one of the most crushing defeats in my gaming career.

A cavalcade of colorful gems rained down from above. My creepy little jester dude stood below the avalanche of large minerals, staring up at them, powerless in the hands of a ten year old. I frantically mashed buttons and swung the lever from side to side, hoping to prevent my swift and inevitable demise. But try as I might, I couldn’t understand just what the fuck I was supposed to be doing. In seconds, it was game over.

I was gobsmacked. Where were the cute anime girls? Where were the sword fights? What a rip-off! But my pride was wounded, and I’ve always been a stubborn girl – a girl who doesn’t know when to admit she’s a dumbass and walk away from something. Dusting myself off, I got back in the saddle and fired up another round. 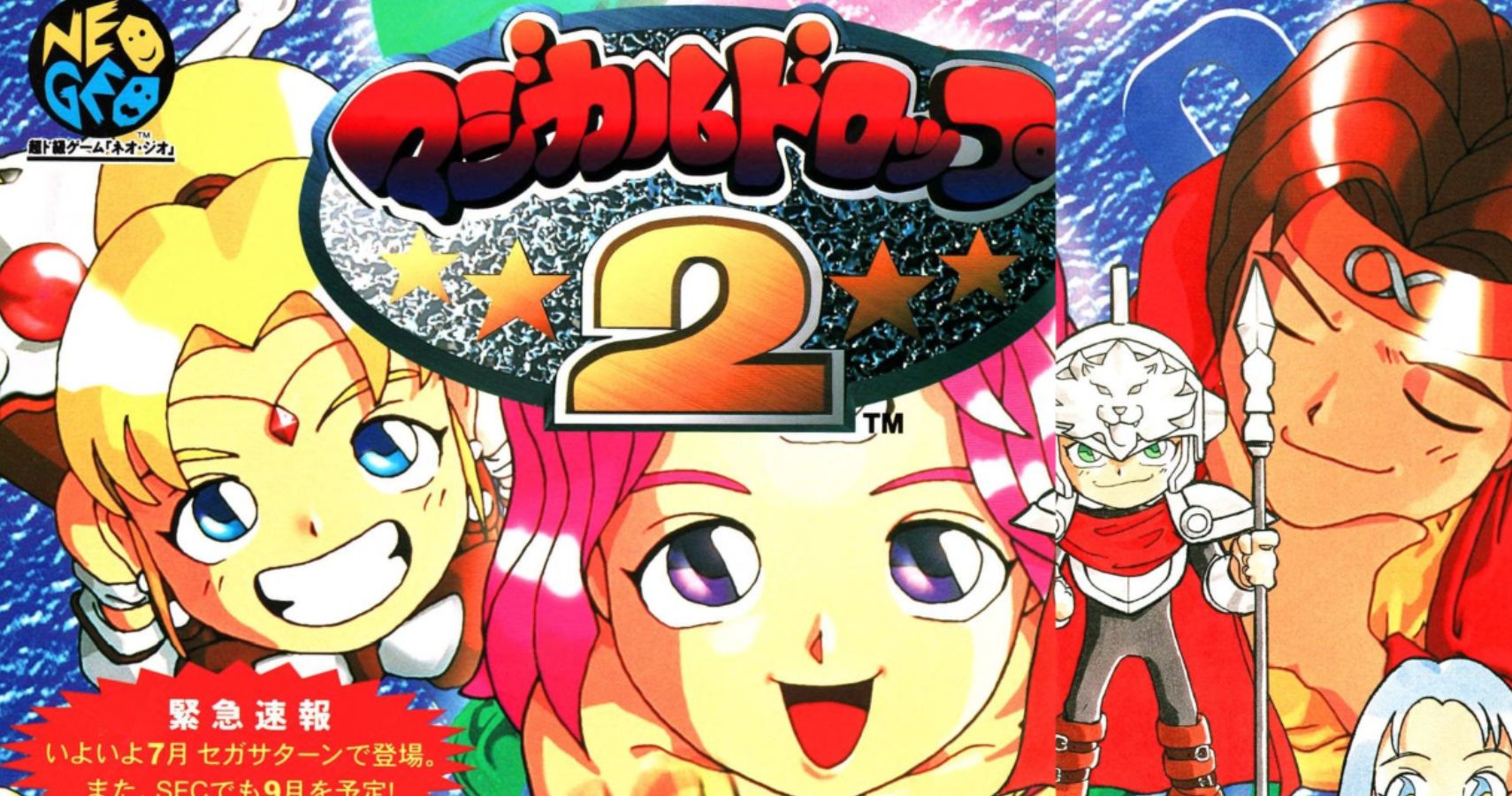 For a straight hour, while my dad did his weird crossfit B.S. in the gym, I cleared lines and lines of crystals on the screen. Each time my little jester guy got squished, it was a lesson – a hard reminder that my lack of understanding meant life or death for this small, round man. When my dad picked me up, my eyes had a serious Tetris Effect situation. I couldn’t close them without seeing smiling anime girls, the game’s gaudy embossed typography, and gems. So many gems.

After that, I played the cabinet as much as I could. Dad’s in the gym? Time for Magical Drop. A few minutes after taekwando? Definitely time for Magical Drop. Dropped off for swim team early? Baby, you’d better believe there’s never been a time for Magical Drop. When I wasn’t playing it, I thought about playing it. I drew the characters in my sketchpads from memory. I tried to visualize how to rack up the highest combos possible. I explained to the few friends I did have that they had to come to the YMCA, just so they could play with me.

Related: Winnie The Pooh’s Home Run Derby Ruined My Life (And Forged Friendships)It’s fair to say Magical Drop II held this ten-year-old little lass’ imagination more than its developers likely ever meant for it to. I say this because, at its core, Magical Drop’s a lot like Puzzle Bubble, another Neo Geo classic I grew up playing in arcades. In fact, it’d be fair to call it a clone of that – it’s basically the same game, with a few mechanical tweaks and a totally different aesthetic. You match gems, clear clusters, and… that’s it. That’s the game. It ain’t rocket surgery.

But it’s that aesthetic that won me over. I wanted to play in this world, to inhabit the same space as these characters. So I pushed on and on, banging my head against mechanics I didn’t understand until they finally clicked. When they did, I felt like the smartest kid alive. I could get on the cabinet and play it for hours, and if anyone wanted to step to me, I’d grind their bones into dust. For the first time, I had a game I was actually good at. For the first time, a puzzle game didn’t scare me off. 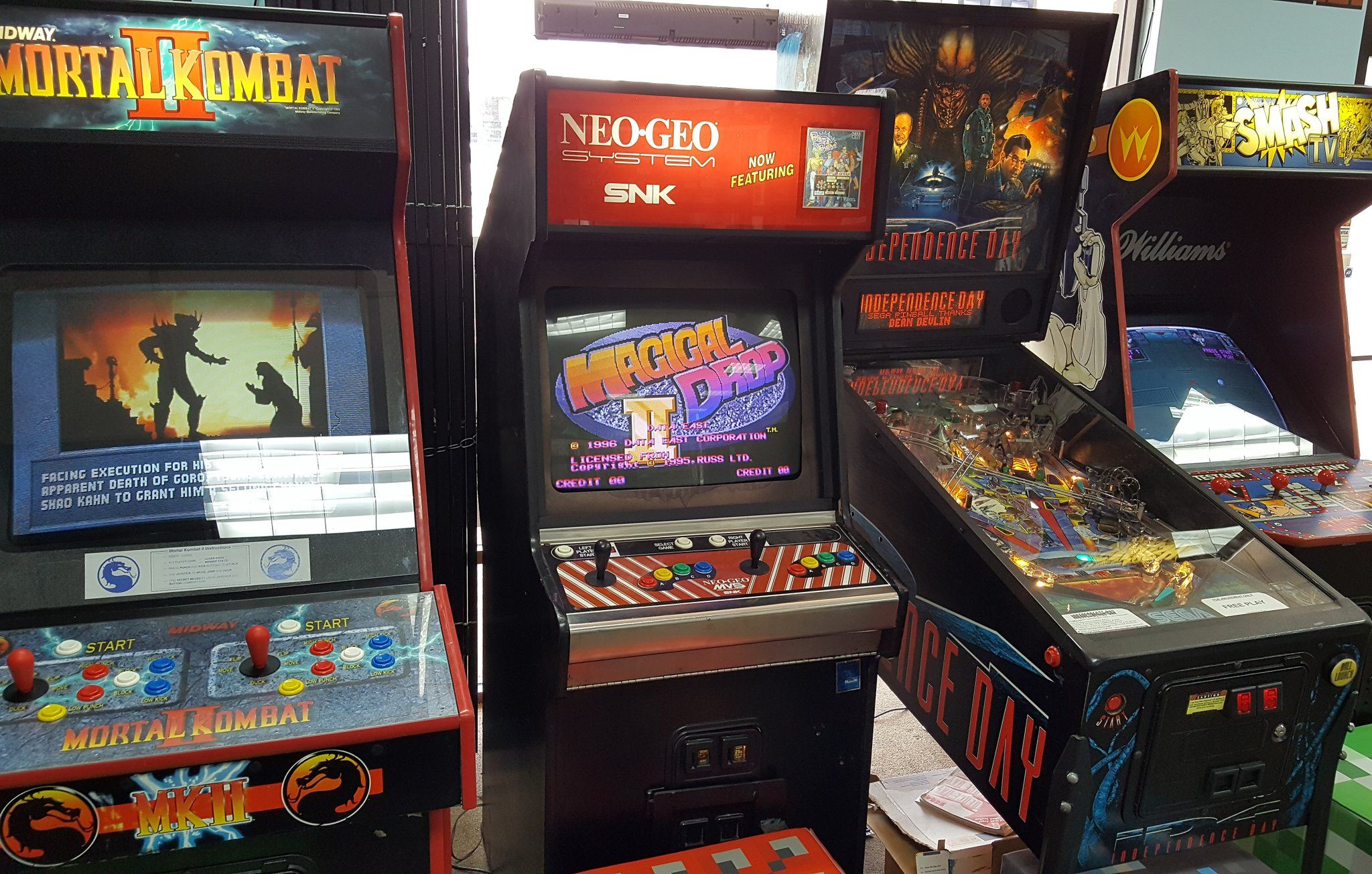 When I moved away from Winder, leaving that Neo Geo cabinet in the rear view, I didn’t let another puzzle game scare me again. At the ripe old age of twelve, I had the sage wisdom that just because something looked tough, it didn’t mean I shouldn’t give it a shot. In the years since, I’ve become a bit of a retro puzzle gaming enthusiast, and I relish modern games like Crystal Crisis and Swapette Showdown that keep their spirit alive.

But I think the lessons I learned from Magical Drop II aren’t just limited to puzzle games. No, I think playing Magical Drop was one of those formative experiences for me – one of those things that shaped who I am as a person. Because it taught me not to quit. Not to just stop fighting when things seemed impossible. At a young age, this game, fighters, and Dance Dance Revolution reinforced my trademark stubbornness and taught me the value of perseverance. Through them, I like to think I became less of a quitter, and more of a lovably stubborn jackass.

So when I play Magical Drop III (the superior game, in most respects) with my girlfriend today, I’m playing with that baggage. When she bests me in a round, I get fired up, ready to prove myself to not only her, but to… well, me. The shy little ten-year-old girl, staring with fresh eyes at the weird, dirty arcade cabinet in the YMCA.

I have to win so she’ll know all her hours weren’t spent in vain.

And if I can impress that little girl, still buried deep in the murky mess that is my subconscious… well, that’s the only victory I really care about.