The reaction to the Isle of Armor expansion for Pokemon Sword & Shield was polarizing, as it didn’t offer much in terms of brand new content. The Isle of Armor did teach me how to prepare for the upcoming Crown Tundra DLC, however, as my second outing in the Galar region wouldn’t have gone as smoothly if it weren’t for some planning.

When preparing for a new Pokemon DLC, it’s important to determine what your goal is going in. If it’s just to finish the new storyline, then you likely won’t need to do much. Chances are, most players will have finished the main storyline of Pokemon Sword & Shield before attempting the DLC. A high-level team that has already beaten the Champion should be enough to steamroll any challenge the Crown Tundra offers. The Crown Tundra is bringing back a number of old Pokemon that were cut from Sword & Shield, as well as adding new Legendary Pokemon that have never been seen before. The people who want to catch them all (for the third time in the Galar region) will benefit from preparing their gear and team for the challenge ahead. 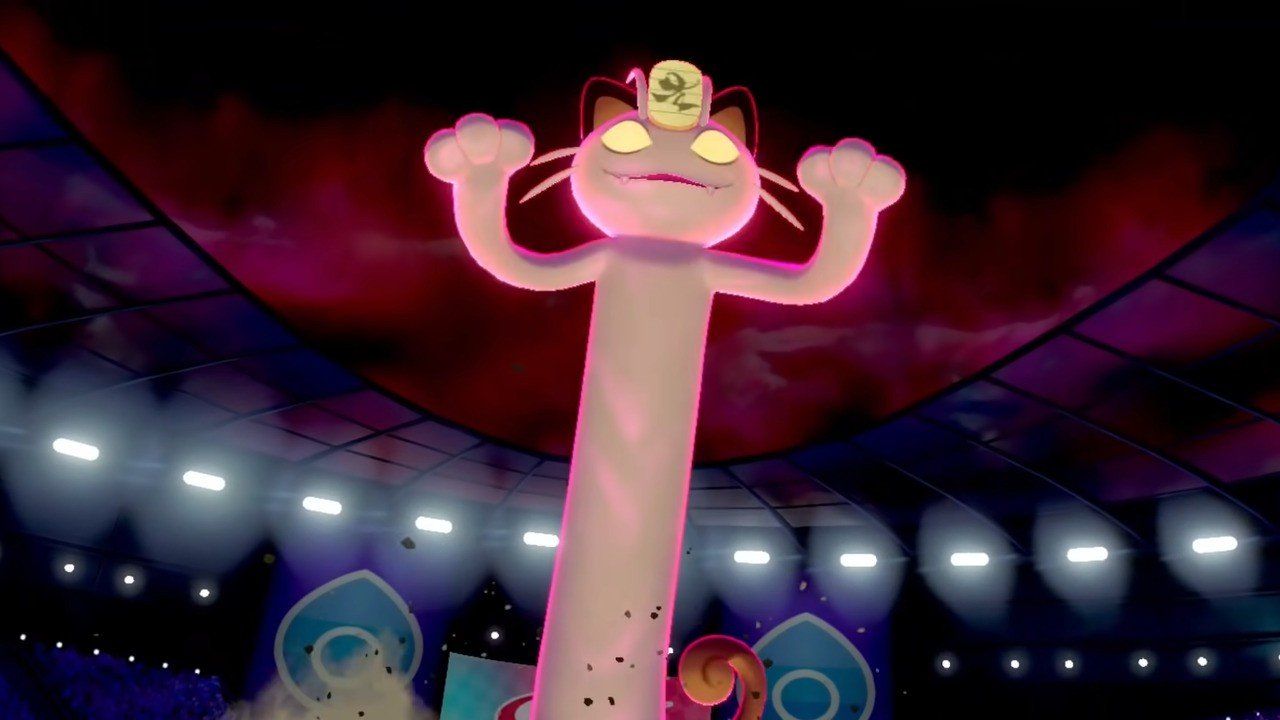 Assuming you didn’t end your run in Pokemon Sword & Shield with a lot of cash, you’re going to need some extra capital in the Crown Tundra. This is especially true for people who want to try out the new clothes that are going to be added in the DLC. The new clothes that were added in the Isle of Armor were ridiculously expensive, and buying a single fancy business suit almost bankrupted me.

I had an easier time making money before the release of the Isle of Armor because Game Freak ran a series of Mystery Gift events before it was released. These events gave out tons of Nuggets, which I sold in order to finance my journey. If you missed out on this event then don’t worry, as it’s possible to make lots of cash with Gigantamax Meowth.

The Meowth money trick is simple. Make sure Meowth hits level 65 or higher and give it an Amulet Coin to hold. Once you have finished Pokemon Sword & Shield, you can compete in a tournament against high-level trainers. Start the battle with Gigantamax Meowth and use G-Max Gold Rush three times. You can easily earn over 100k per battle with this method.

Stocking Up For The Journey 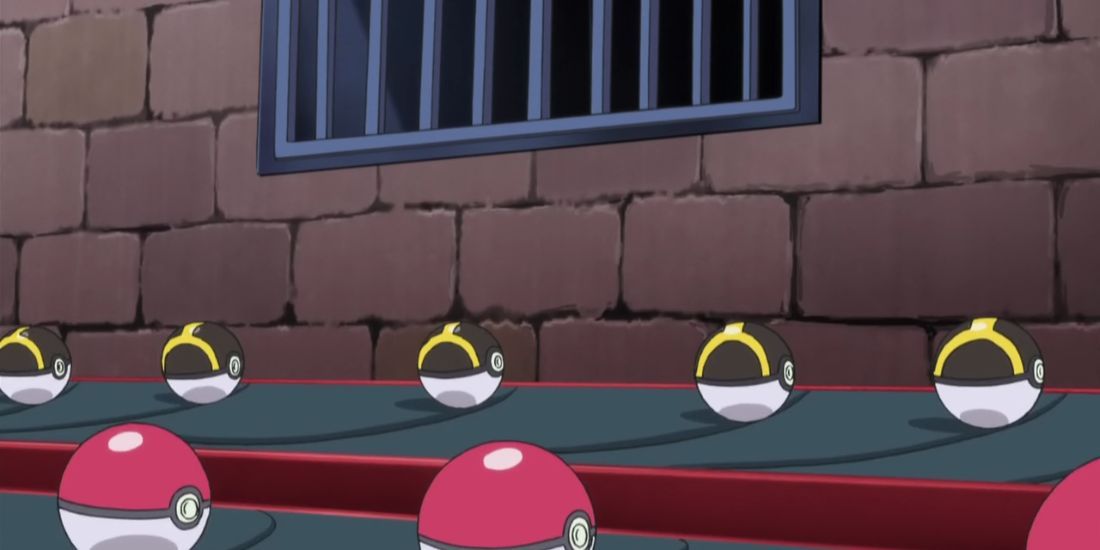 Once you have the spare cash put aside, it’s time to prepare. Ultra Balls are a must for catching all of the new Pokemon in the Crown Tundra, as are Poke Dolls. It’s easy to repeatedly run into Pokemon that you don’t want to catch when running around the Wild Area, as they tend to spawn in the middle of your path. A quick Poke Doll throw will allow you to escape.

There is also the matter of the Crown Tundra’s story content and the Galarian Star Tournament to prepare for. It helps to keep as many Full Heals, Full Restores, and Revives on-hand as possible, even with a maxed-out team. This should ensure you never have to worry about healing. 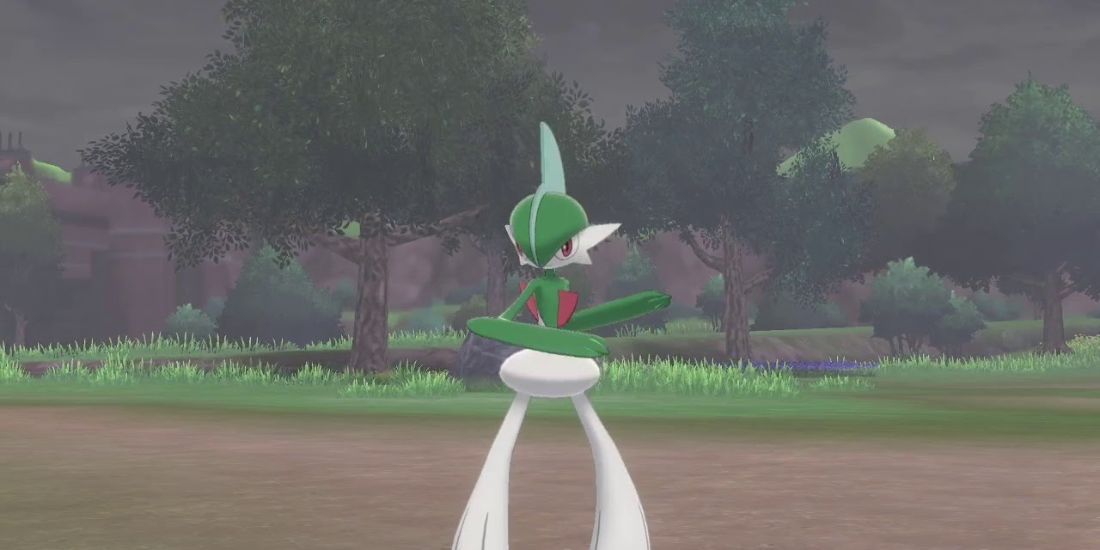 The best decision I made when prepping for the Isle of Armor was training a Pokemon that was designed for catching and leveling other Pokemon. In my case, I chose a Gallade that I received in a random trade that still had a Japanese name. Gallade was great for my purposes, as it could learn four key moves – False Swipe, Hypnosis, Psycho Cut, and Close Combat.

The key move in Gallade’s arsenal is False Swipe, as this cannot knock out an enemy Pokemon. False Swipe will always leave an enemy Pokemon with one HP, leaving it open to be caught. I also equipped Gallade with a Silk Scarf to boost the strength of False Swipe. This strategy doesn’t always work, as the enemy Pokemon can knock itself out if it uses a move that deals recoil damage (like Double-Edge). False Swipe also doesn’t work on Ghost-type Pokemon, which is why I have Psycho Cut ready to defeat any I come across. For Ghost-type Pokemon, I just spammed Ultra Balls till I caught them, as I only encountered a few during my run. Hypnosis has the ability to put enemy Pokemon to sleep, making it the ideal move to use when trying to fill out the Pokedex. 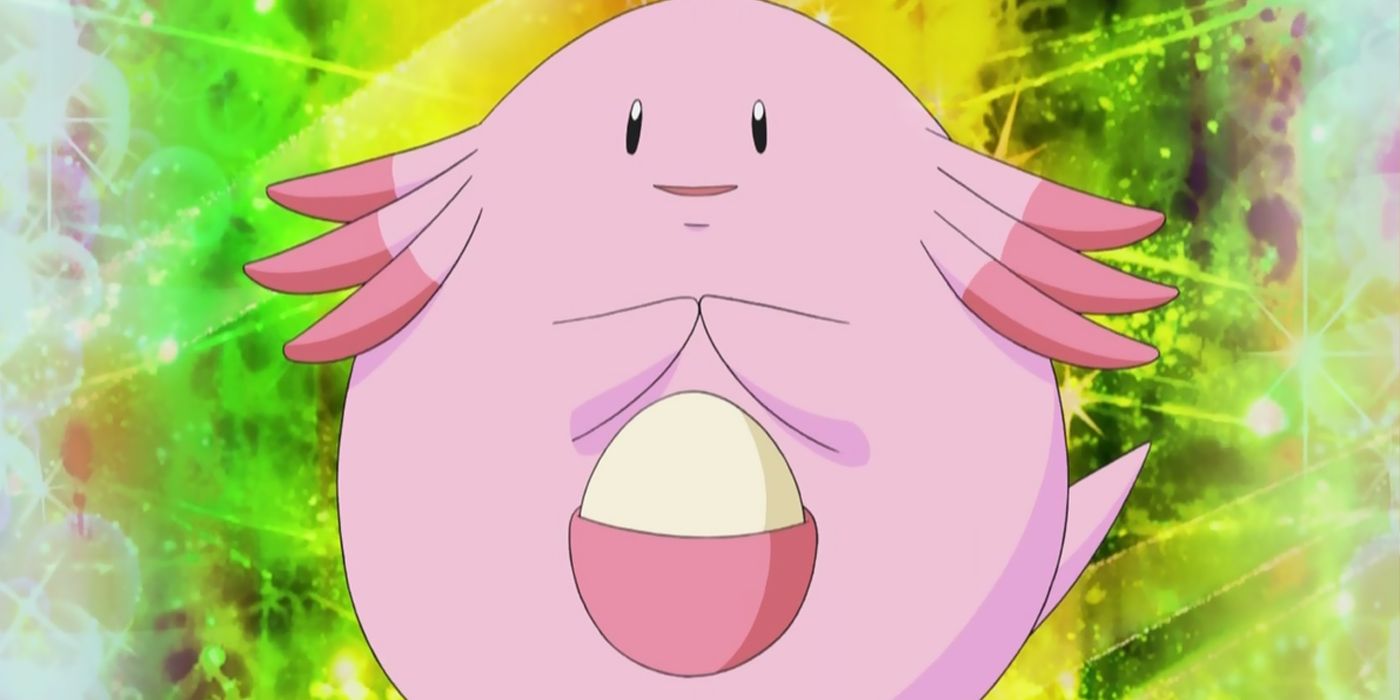 The reason I gave Gallade Close Combat is to take advantage of a great feature in the Isle of Armor – the wandering Blissey and Chansey. For those who are unaware, Blissey and Chansey give out far more EXP when defeated than any other Pokemon in the game. As such, they’re the perfect choice for farming EXP. If you’re going to fill out the Pokedex, then chances are you will need to level up low-level Pokemon in order for them to evolve. It’s possible that the Crown Tundra will also have wandering Blissey/Chansey, but even if it doesn’t, you can still fly back to the Isle of Armor and find them there for easy EXP.

As a dual Fighting/Psychic-type Pokemon, Gallade was the perfect choice for both Close Combat and Psycho Cut. The latter is especially important, as you need to take down Chansey as quickly as possible before it heals itself. It helps to boost Close Combat with PP Up items (to a maximum of eight uses), to stop you from needing to run back to the Pokemon Center or using Ethers and Elixirs to restore the move. 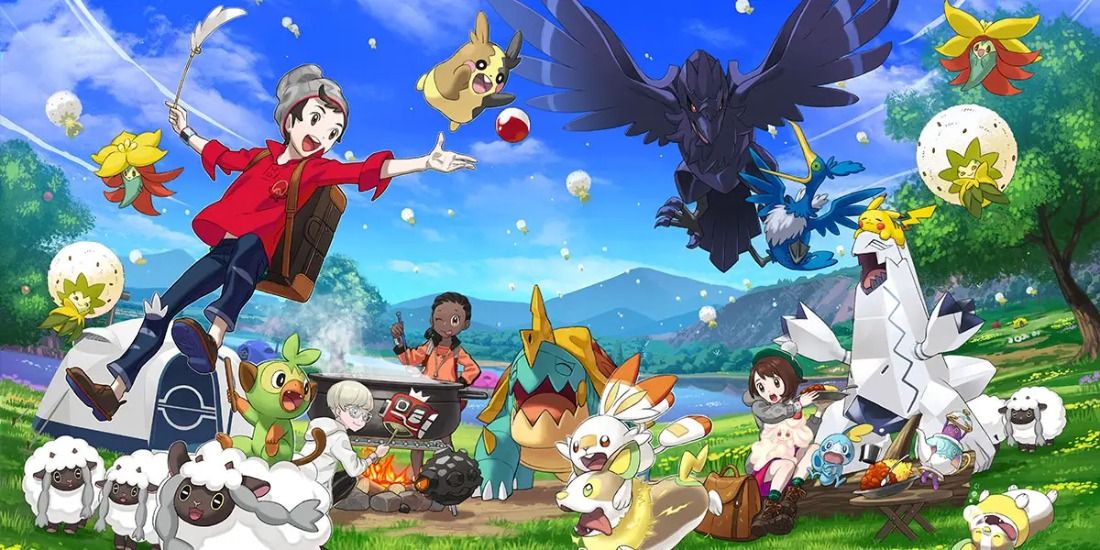 The other thing you’ll need is evolution items, and the best place to find these is the Wild Area. The best bet for rare items is the Digging Duo, who can be found near the Nursery. It’s worth visiting them every day and giving them Watts to dig up items. It won’t be long until you’re completely stocked up on evolutionary stones, trade items, and fossils. The Digging Duo can also find items that can be sold for a lot of cash, making it easier to fill your bank account in preparation for the Crown Tundra.

Next: The Rarest Pokemon Card Ever Is Actually Pretty Boring

The Crown Tundra DLC for Pokemon Sword & Shield will be available on October 22, 2020. 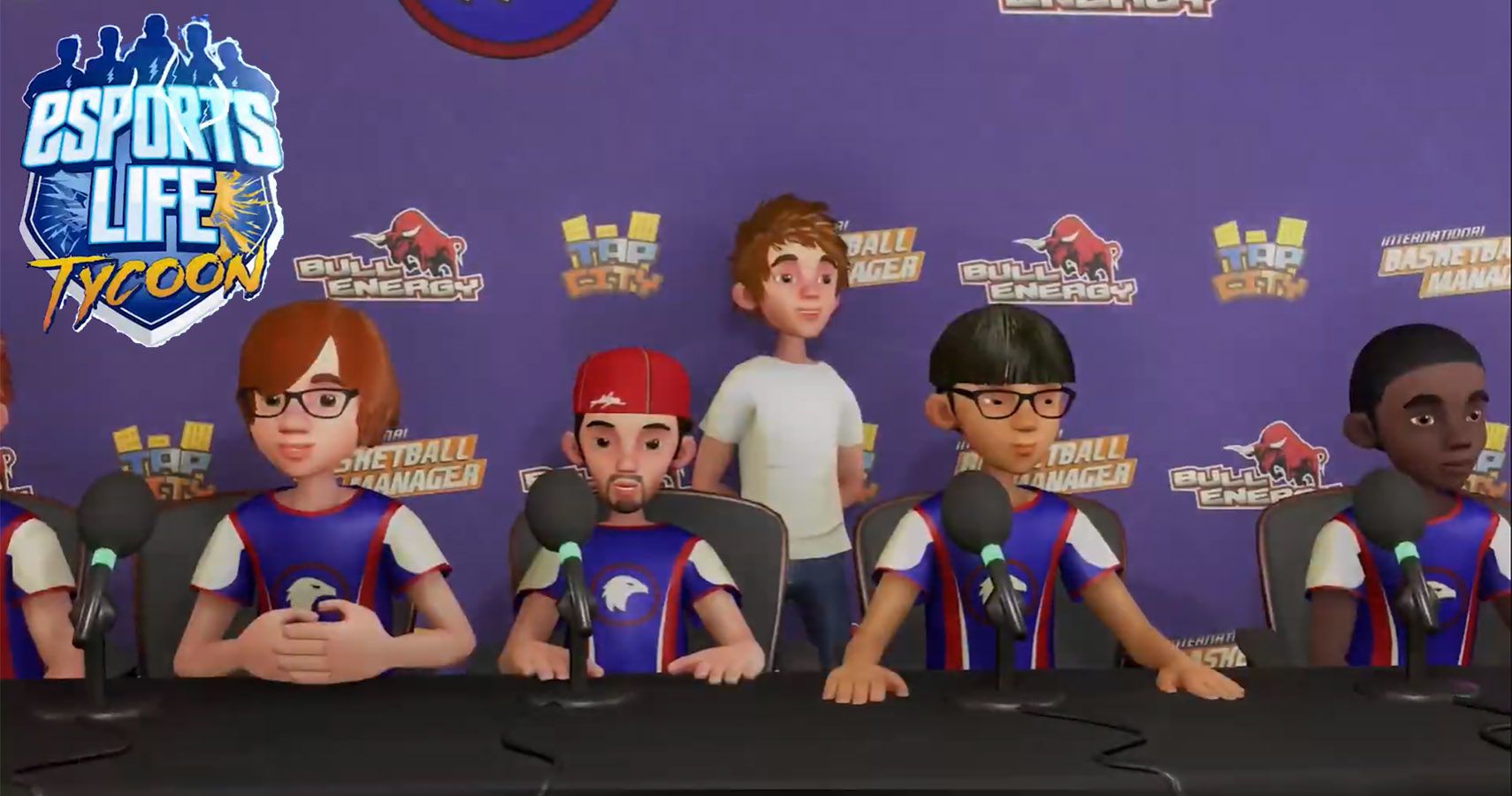