My quest to find new ways to play Skyrim continues. I've previously written about playing as an NPC, a pure mage, an illusionist, and becoming a pacifist, but now it's time to let my fists do the talking. I wondered if it was possible to play through Bethesda's RPG completely unarmed, denying myself access to swords, arrows, and spells in favour of punching every enemy that crossed my path. I loved the idea of role-playing as a Dragonborn so impossibly strong they don't need any weapons. Their body is their weapon.

Previous Elder Scrolls games, including Oblivion, featured dedicated hand-to-hand skill trees. As you advanced through it you could disarm or temporarily paralyse enemies, knock them on their ass, and even damage ghosts and wraiths with your bare fists. But Skyrim, for reasons Bethesda has never really made clear, didn't include one at all. This makes an unarmed build less viable, but it can still be done—to a point. You just need to get a little creative.

First off, roll a Khajiit. Thanks to their claws, this cat-like race gets a +15 bonus to unarmed damage from the get-go, which is obviously very handy for a punching-focused character. Don't be fooled by their fluffy appearance, 'cause no one in Tamriel hits harder. While Skyrim might not support unarmed combat as deeply as previous games, it does feature a nice selection of theatrical, wrestling-inspired kill cam finishers, including a chokeslam and a suplex. 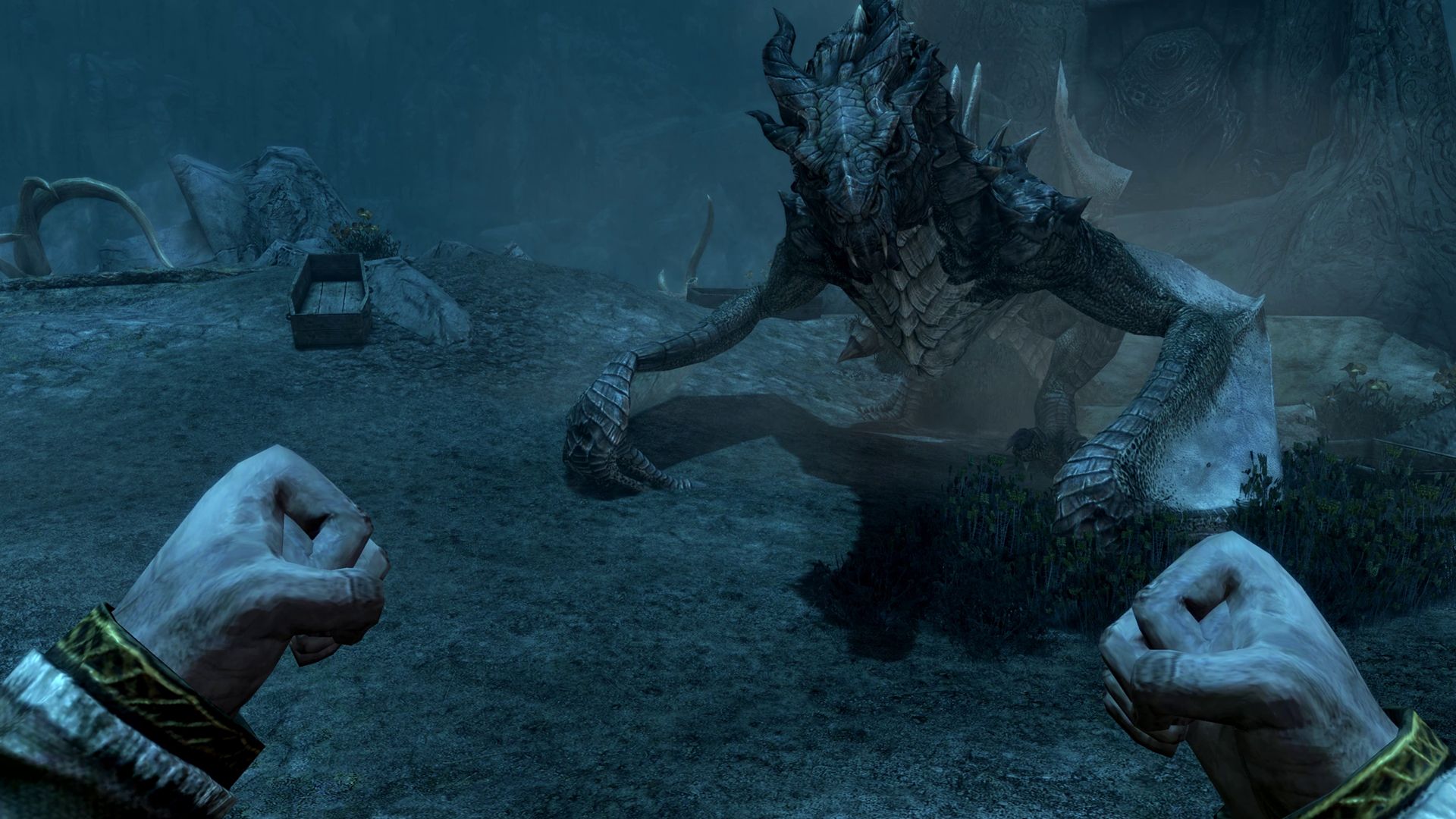 Then it's time for the Fists of Steel perk, which you can unlock by levelling up your Heavy Armour skill. This increases the damage dealt by unarmed attacks while wearing heavy gauntlets significantly—and the effect also stacks with the Khajiit's base racial bonus. Boosting this skill is also useful for the general survivability of an unarmed character. To level it up more quickly, complete the Companions questline to get free training from Farkas.

The effect of Fists of Steel increases if you wear better heavy armour with higher base stats. With this in mind, you might want to invest time in developing your smithing skills so you can craft a suit of Daedric armour—or just use console commands to conjure one up if you don't care about cheating. Playing as a Khajiit decked out in the finest armour, you'll deal some serious damage with your fists—but there are a few ways to punch even harder.

Gauntlets, gloves, and rings can be enchanted with a spell called Fortify Unarmed, which (you guessed it) increases the damage dealt by unarmed attacks. To learn this enchantment, head to the Ratway beneath Riften, kill a burly thief named Gian the Fist, and loot his Gloves of the Pugilist. These fur gauntlets are the only item in Skyrim enchanted with Fortify Unarmed, and as such they're the only (legit) way to learn the enchantment for yourself. 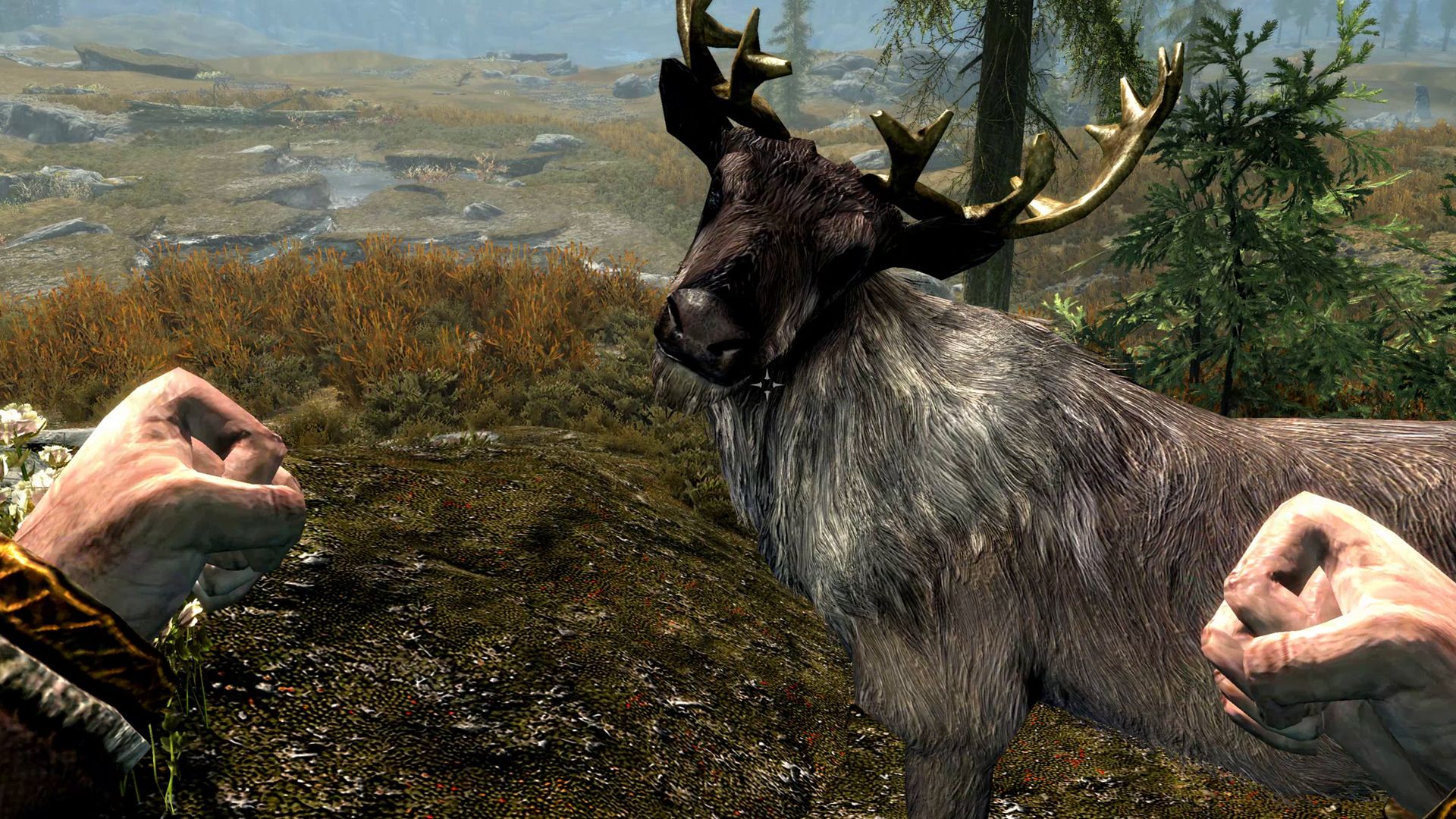 Do all of this and you'll have created a pretty formidable unarmed character. But you should be aware of the fact that, as your level increases, fights will get a lot harder with just your fists. Pairing unarmed attacks with Destruction spells, or a shield to protect yourself and bash enemies away, will make an unarmed run less frustrating. You may also want to create an unarmed/healer hybrid, as detailed in this excellent guide by Skyrim Guides.

It's a real shame Skyrim doesn't feature a hand-to-hand skill tree, but you can still find joy in punching your way through the bandits and monsters of Tamriel's frozen north if you're willing to jump through a few hoops. There's also a wealth of mods out there that tweak, enhance, or even completely overhaul the game's unarmed combat—but it's just as much fun to experiment with the base game and see what you can squeeze out of it.