Ever wonder what goes into making a character for a competitive game like VALORANT? One of the devs, Ryan “Morello” Scott, recently shed light on how agents are designed.

Morello is the Lead Character Designer and responsible for bringing new agents to VALORANT. He spoke about the journey from concept to the release of a new agent, and all the steps to get there. He also talked about what the team aims to achieve with agents when they’re finally released to the public.

The first step in creating a new agent is finding out what kind of player would want to use them and why. Since each character needs to have has unique abilities, strengths, and weaknesses, it’s critical for them to have a defined role. Sage is designed as a sentinel, whose purpose is to heal other agents and slow down the opposition with her Barrier Orb and Slow Orb. Reyna is the opposite – she’s designed for offensive players who want 1v1 duels and lots of frags.

Once the developers have decided on the type of player who’ll use the new agent, they move on to the roster impact. At this stage, there are still no defining abilities, just a concept of what the devs want to achieve. This means the character can’t just be fun to play as. They must add something to the game as a whole. They should present new challenges and opportunities for players. Scott mentions that the health of the competitive ecosystem matters more than the player experience.

The examples he gives are Sage, Cypher, and the new character, Killjoy. They are all sentinels, but each has a unique role and challenge when playing them. Sage is about slowing down the enemy, and Cypher is about wider map control. According to Scott, when designing Killjoy, they wanted an agent who could, “Hunker down, fortify, and create ‘risks’ in certain zones.” Her job, then, became setting up turrets to give enemies two threats to deal with at a time.

The next step is testing if the target player will actually like the new character. Riot understands that players who like offensive characters like Phoenix may not like defensive characters like Sage. Killjoy was designed for people who want to defend themselves and their zones with their abilities. According to Scott, “She doesn’t want to stall attackers, she wants to kill them.” In this prototype stage, the agents evolve as different abilities are tested.

After deciding on the abilities of the character, the devs have to factor in balance and tuning features. Some characters may be overpowered, while others may be underpowered. The developers need the freedom to tune the abilities and take them up or down a notch. If the tuning levers fail to achieve balance, the last resort is changing the character completely. 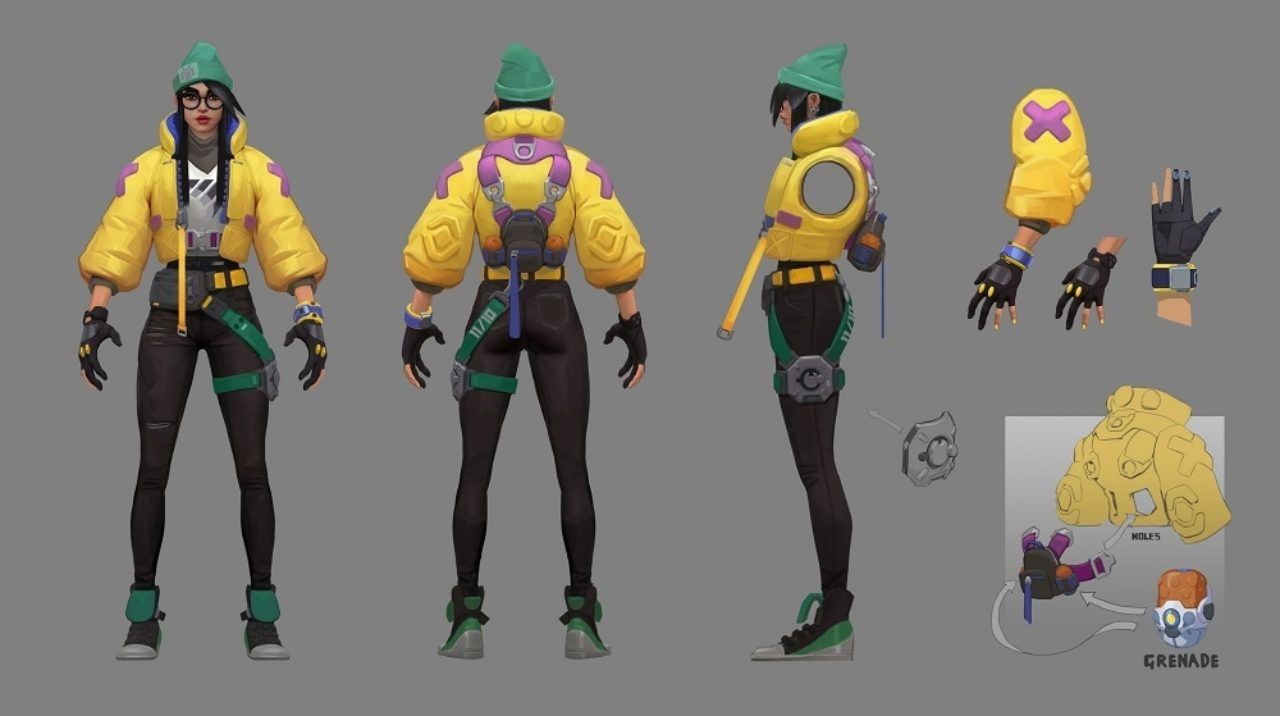 The example Scott gives is Reyna. Most of her abilities require her to make kills. She was also given the Leer ability that doesn’t need kills to balance her out. The developers then look at the abilities as a whole, instead of individually, and see if the agent is balanced or not.

Building for the Future

What he means is that new agents have to make a lasting impact. They must have a learning curve and provide value. Their unique abilities must be able to enhance and disrupt the tactical gameplay to add more to it. The abilities are also made with limitations and constraints to make them challenging to use effectively.

These are the factors that determine how a new agent gets introduced to VALORANT. Riot plans on adding around six new agents each year so the game can stay fresh and challenging.

Tekken 7’s Next DLC Fighter Will Be Kunimitsu