I am a strange fan of From Software’s internet-designated “Soulsborne” games. Most players are either super fans who have played each of the games multiple times, or they’re someone who gave up quickly and never looked back (which is a perfectly reasonable reaction). I am an anomaly in that I think they’re… okay. I beat Dark Souls II and III, played about half of Bloodborne and about half of Dark Souls on Switch. I love the atmosphere, exploration, and level design of these games, but I’ve never loved the methodical combat, and the bosses have always felt like cool-looking brick walls that hold me back from getting to do the thing I want to do – explore and find secrets. I am admittedly early in Sekiro: Shadows Die Twice so I haven’t hit the colossal difficulty curve I know is just on the horizon, but it makes a very good first impression.

It feels like a small factor, but having a dedicated jump button makes a huge difference, and the grappling hook is super fun to use. The thing I love about these two mechanics, and the thing that puts it over the edge of other From Software games for me, is how it changes the way you explore. From Software’s level-design chops are the best, and being able to jump and zip to new locations makes exploration much more active and interesting. You’re not making your way through a series of interconnected hallways – you’re jumping over walls, taking side paths along cliffs, and making flying leaps toward that platform that seems like it’s just out of reach. It helps in combat, too, giving you more opportunities to get out of the line of fire and catch your breath, or take a health item. It just makes the flow of movement more enjoyable. 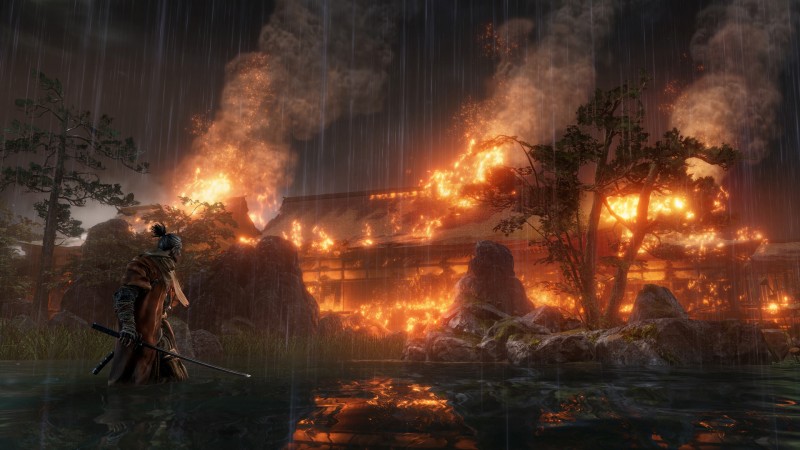 The lack of stamina coupled with infinite sprint also goes a long way in improving movement, and it just makes me feel far more empowered over the action. The familiar sprint from the save point to the boss has always frustrated me in the Soulsborne games, as it feels like an obnoxious hurdle standing in the way of just trying to get in that one final attempt on that difficult boss before the end of the night. With sprinting, grapple-hooking, and jumping, that mad dash now feels like a high-speed platforming exercise, and I love platformers.

The combat is also generally more satisfying, but it is harder. I have never been a fan of blocking and countering, mostly because I don’t like waiting for anything when it comes to action games, and while Sekiro demands a lot of that to be successful, the death blow animations for defeating even minor enemies feels great, and also helps better to broadcast the layout of the battlefield. When you’re fighting a group, there is no question about when you thin their numbers, as each one receives a high-speed, brutal execution. 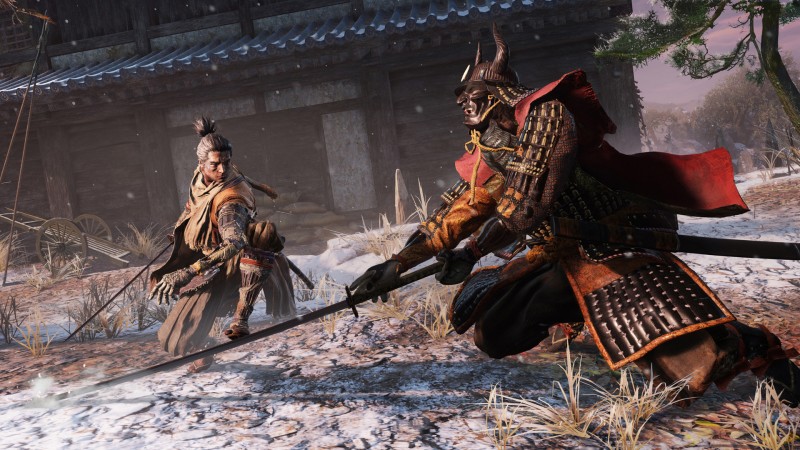 Retrieving lost experience is also gone in Sekiro, and while there are some steep punishments for dying, they don’t feel as harsh as the Soulsborne games. Basically, I am less crestfallen every time I die, which I appreciate.

I know I will hit Sekiro’s difficulty wall soon. Dan Tack saying it is “a serious challenge” is not inspiring confidence in my abilities. I am absolutely dreading it, but mostly because I like what I have a played so far so much. Many of my personal Soulsborne hang-ups are addressed with Sekiro, which does raise the question – should it be considered a Soulsborne game? It uses some of the same mechanics and has a similar atmosphere, but its combat is different and the progression is based on a skill tree, which does change things. Should we change the terms to Soulsborniro? Regardless of the answer to that question, I plan on continuing with the Sekiro and when I do arrive at that brick wall in the shape of a gigantic, awesome-looking boss, I will do my best to burst my head through the red clay because I want to see what else the world has to offer.