Spectres in Mass Effect are regarded as galactic superheroes, individuals who ascend above the rules of the law to perform actions that would otherwise be seen as criminal. If you play Commander Shepard as a Renegade protagonist, they will happily leave a trail of blood behind them when dealing with the Reapers, uncaring of innocents and deviants alike as they shoot first and ask questions later. It was problematic when the trilogy first arrived, but now, it’s a grim flaunting of the rules, highlighting how archaic Mass Effect can be with its sociopolitical definition on what it means to be a hero.

Even when playing as a Paragon saviour of the galaxy, Shepard is still provided with a lack of oversight that allows them to go above the law, The Council acting as the figurehead for an outdated power structure that appears to favour a small selection of races while abandoning many others. Shepard might be a human, and a newcomer to the world’s political hierarchy, but despite their fresh-faced innocence, they still abide by the systems in which they apparently seek to change. It’s a hypocritical stance, and one the player has no choice but to follow as they progress through the trilogy.

There is no option to avoid the association of the council and their machinations entirely. You can go against their wishes, and even kill them in the first game and opt to instead focus on your own race. But the power systems simply return in the next game, the cycle remaining constant as new, equally stubborn leaders surface in place of those who perished when Sovereign invaded the Citadel. The Citadel and the outdated ideals it stands for are never going to go away, no matter how much Shepard and humanity wish to change things. However, they often don’t, wishing to be a part of the big alien party instead of striving for something better. 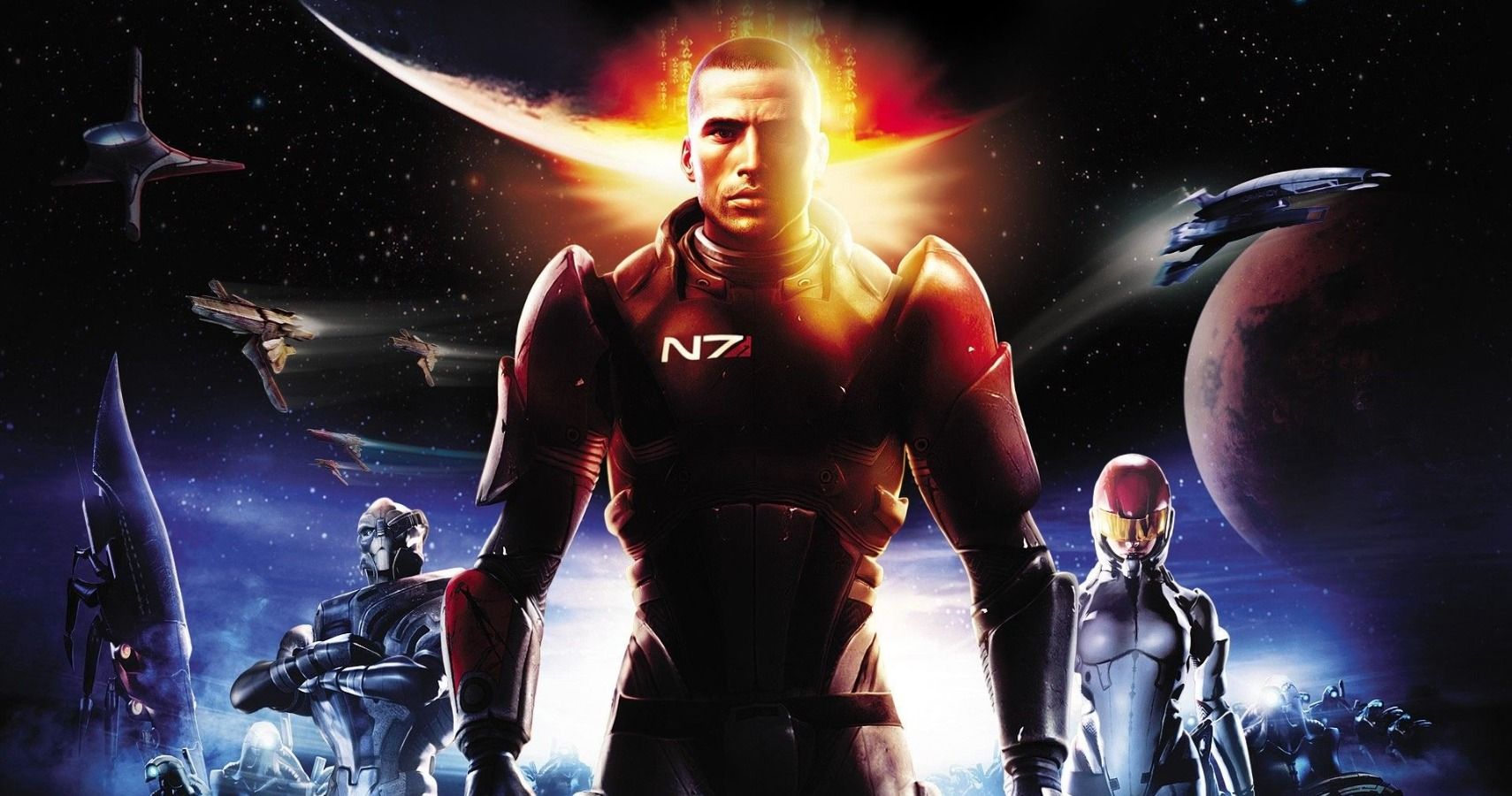 Even when teaming up with Cerberus, upon revisiting The Council you are given the powers of a Spectre once more. It feels as if BioWare simply wanted to provide Shepard with an excuse to do whatever they want without dealing with serious consequences, and given that Mass Effect as a franchise wishes to place a focus on player morality, it feels like a massive oversight.

I’m an invincible space cop with variable shades of grey, whether or not I decide to kill a particular mercenary or let them walk through doesn’t matter when I’ve already murdered all of their friends anyway. It can make so many choices feel minimal, little personal slices of my own personality in this world that don’t stand a chance of changing the larger systems that underpin this fictional universe. Shepard has the power to usurp the Spectre regime and reshape the galaxy in a way that values all races, and not just from a perspective that works when set against greater bureaucracy.

The trilogy comes from an era where moral choices were a common mechanic across major blockbusters, making the audience feel more invested in the experience by ensuring their personal decisions have an impact on the unfolding narrative. Mass Effect helped popularise the trend, so it’s a shame it didn’t decide to do anything with it beyond the usual good/evil dichotomy. You’re either an angel from the galactic heavens or a barbaric fascist, and even then many of the more interesting choices are pulled away from you. The original ending of Mass Effect 3 only cemented this, treating all of the choices you made as meaningless lip service to the conclusion rather than a defining factor. 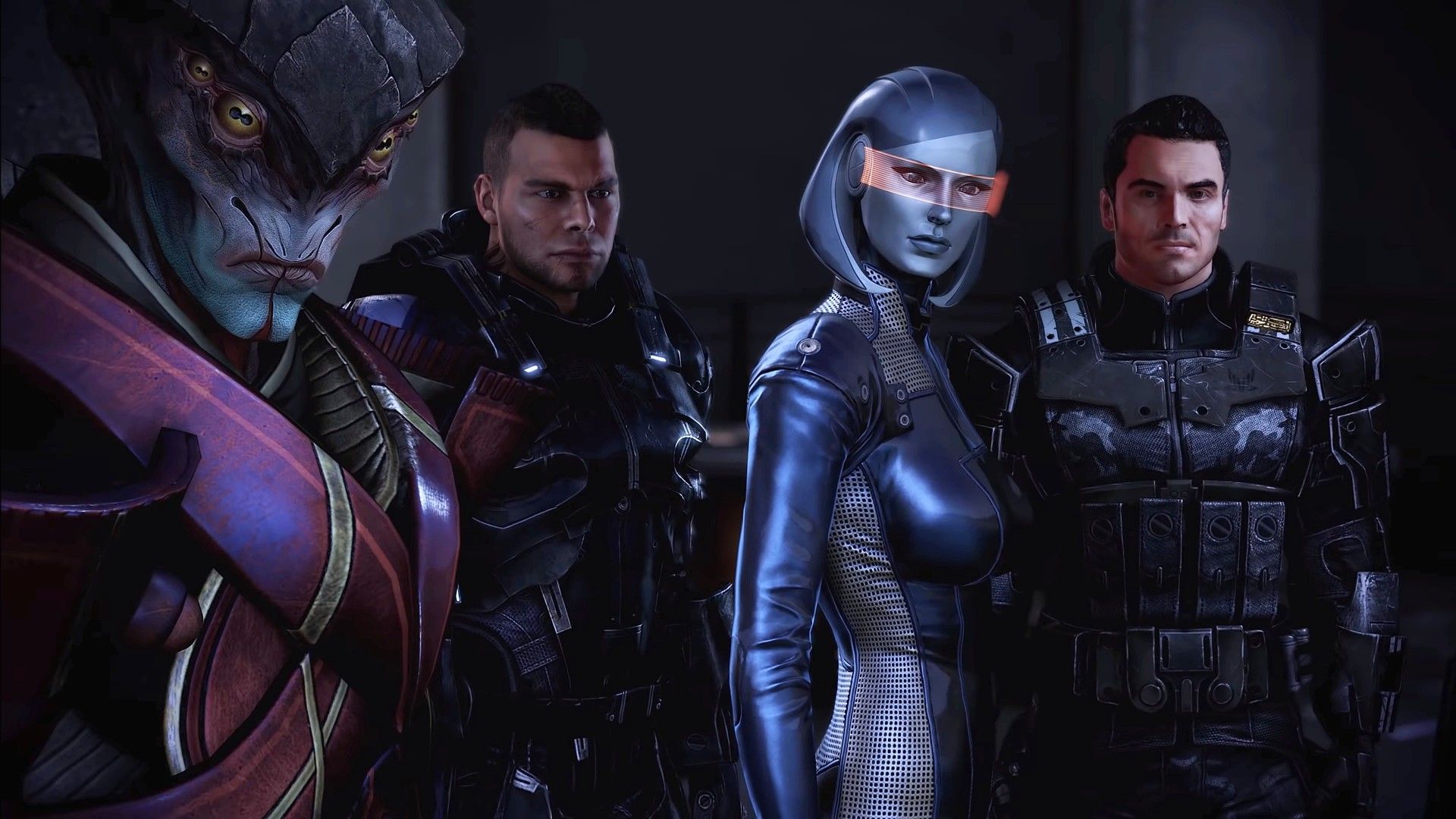 Perhaps the world has moved on since the mid-noughties, with the medium becoming more aware of political systems in reality and how such things might be viewed when expressed in the medium. In 2021, playing as a space cop with infinite powers rings several alarm bells, and rightfully so – since the majority of players will depict Shepard as an all-powerful white man doing battle with those who disagree with him. Bigotry and corruption is everywhere in the Mass Effect universe, and you’re given the freedom to agree with such views and have nobody challenge you for them. That’s a problem, and such things are only further reinforced by the power structures you willfully inhabit.

When Shepard uses their Spectre powers for the good of all life in the galaxy, I feel like a genuine hero, but forces of righteousness also need to make difficult decisions, to leave people behind when no other choice is available to them. Virmire scratches this itch, but I’d love for future journeys in the franchise to truly explore what it means to be a Spectre, or someone with a level of authority that should come with notable responsibilities. I want to navigate those waters, to craft a moral compass that challenges me and makes me think about how it will influence the world around me.

I’m not familiar enough with Andromeda to know how its narrative deals with similar themes, but I imagine it is somewhat more conscious of real-world politics given its contemporary nature. Mass Effect 5 (or whatever it is) will seemingly return to the deceased Shepard’s neck of the woods, so Spectres, the Council, and the Citadel will resurface along with them. It should take another look at what it means to be a Spectre, and have the player challenge those ideologies and push for something greater. Leave the past behind and strive for more, and a society that won’t keep repeating the same mistakes.