Uncharted is one of Sony’s premiere blockbusters, selling millions of copies across several generations of console hardware. Nathan Drake is a certified gaming icon, while Naughty Dog has long cemented itself as one of the most beloved studios on the planet.

We have no idea what the developer plans to make next, but next year will see the arrival of Uncharted 4: A Thief’s End and Lost Legacy on PS5 and PC in the form of fancy new ports. We can expect improved visuals, performance, and a few additional bells and whistles to draw in newcomers and veterans alike. If you’ve yet to play them, you’re in for a treat.

Both of these games are masterful in their own right, but Lost Legacy strips away the presence of Nate, Sully, and all of their mates and places a duo of powerful female characters front and centre, and it’s fantastic because of how different it is to everything that came before it. Sure, it remains a swashbuckling adventure with explosive set pieces, quippy dialogue, and some unexpected plot developments – but the pacing, world, and conversation delves into the world of Uncharted like nothing else before it. Chloe Frazier and Nadine Ross are two gals being pals on a scorching adventure to India’s Western Ghats. Lost Legacy forgoes the series’ globetrotting habits for a more intimate experience, taking time to develop the intricacies of a singular setting filled with worthwhile mysteries, gorgeous architecture, and a campy villain who ticks all of the boxes we’ve come to expect from the series. Once the opening is out of the way and our two unexpected heroines are forced to work together, we’re transported to a sprawling landmass and given free reign to explore on our own terms. We have a map littered with different icons and locations, so it’s time to cruise around in our jeep and find some ancient secrets.

Chloe and Nadine might pretend to hate each other, but a friendly chemistry soon brews between them thanks to a shared history. Both of these women have worked with or fought against Drake and Sully, happy to poke fun about how silly these men are and how, in a rather grounded way, they are just two individuals in their working lives that become the butt of jokes, far from the larger than life heroes we’ve come to paint them as over the years. It’s a refreshing perspective, one that shows a different side of the coin – a side that teases a whole laundry list of escapades which show the world of Uncharted doesn’t revolve around Nate and his love for genocidal levels of murder and destroying ancient cities. Lost Legacy shows a greater respect for the mystery it seeks to unearth, limiting the cast to a small selection of characters so every line of dialogue feels bitingly relevant. It’s my favourite game in the series when it comes to characterisation, building on the more serious nature of A Thief’s End to deliberately poke fun at itself while ensuring all of its events still mean something. 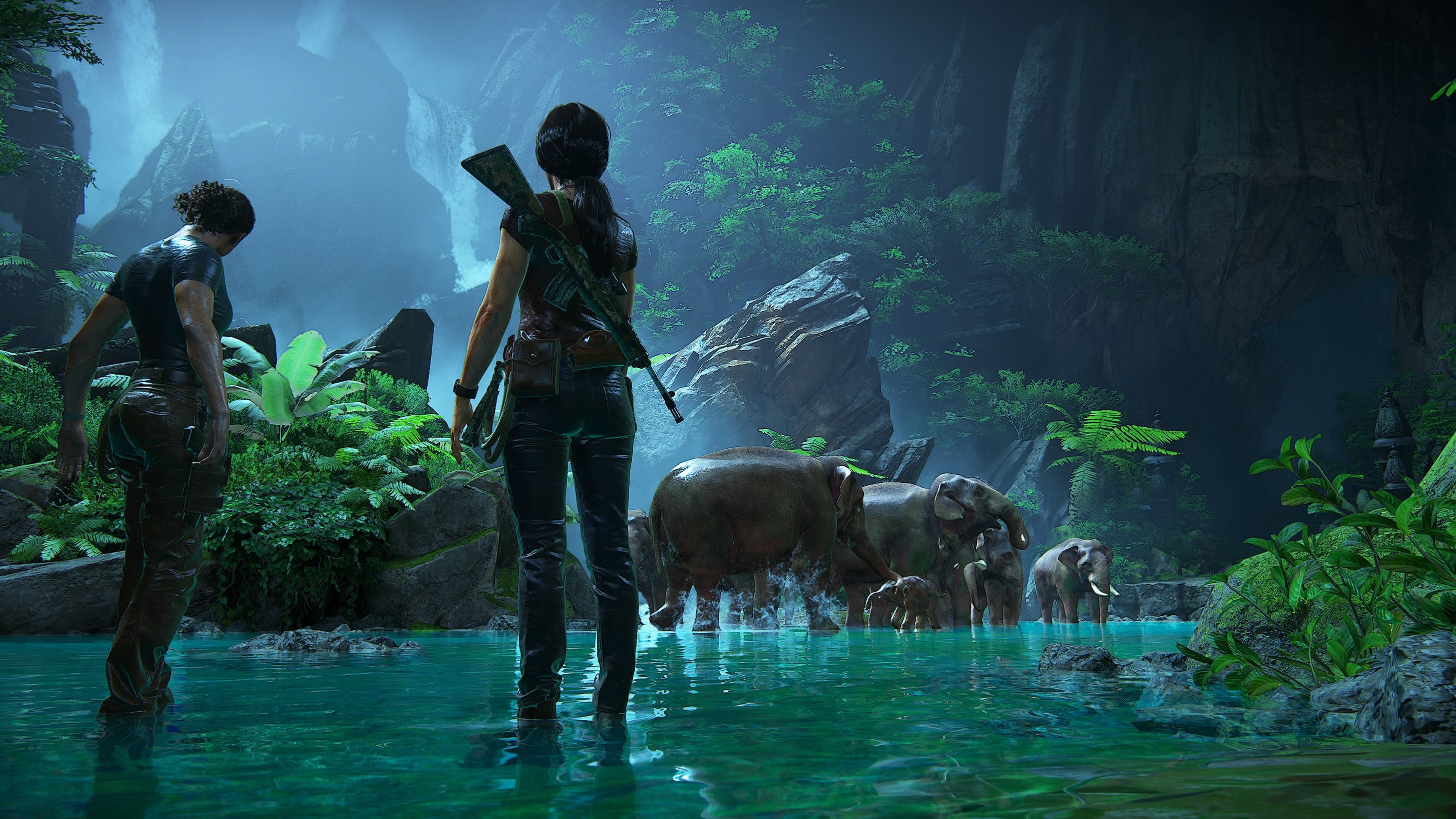 Even from a technical perspective, Lost Legacy builds on the foundations of its predecessor to create something unforgettable. The final act’s train sequence still blows my mind from how Naughty Dog managed to create something on that scale with so many moving parts that we’re expected to interact with in so many distinct ways. It’s marvellous, and the action is constantly accompanied by quieter moments where Chloe and Nadine stop to face the music, staring out at the beautiful landscapes before them to admire the natural world they’re determined to pilfer. It’s a reflection of the series in a way that Nathan Drake has rarely entertained, and it’s a shame so many excellent moments are contained in a spin-off that still feels criminally overlooked. Now it has another chance to shine, and I hope it does.

PS5 exclusives are thin on the ground right now thanks to increased production schedules and the fact we’re still in the midst of a pandemic. Ratchet & Clank: Rift Apart, Returnal, Demon’s Souls, and Spider-Man Miles Morales are all certified bangers, but we’d be fools to deny that the future is looking a little dry with only a handful of exceptions. Because of this, the Legacy of Thieves collection has a chance to be a marquee release, bringing two of the strongest action games of the past generation to a whole new audience. Even if existing owners are entitled to a free update, Lost Legacy should receive ample exposure purely by being placed alongside its mainline sibling, even if in many ways this smaller product eclipses it in so many ways. 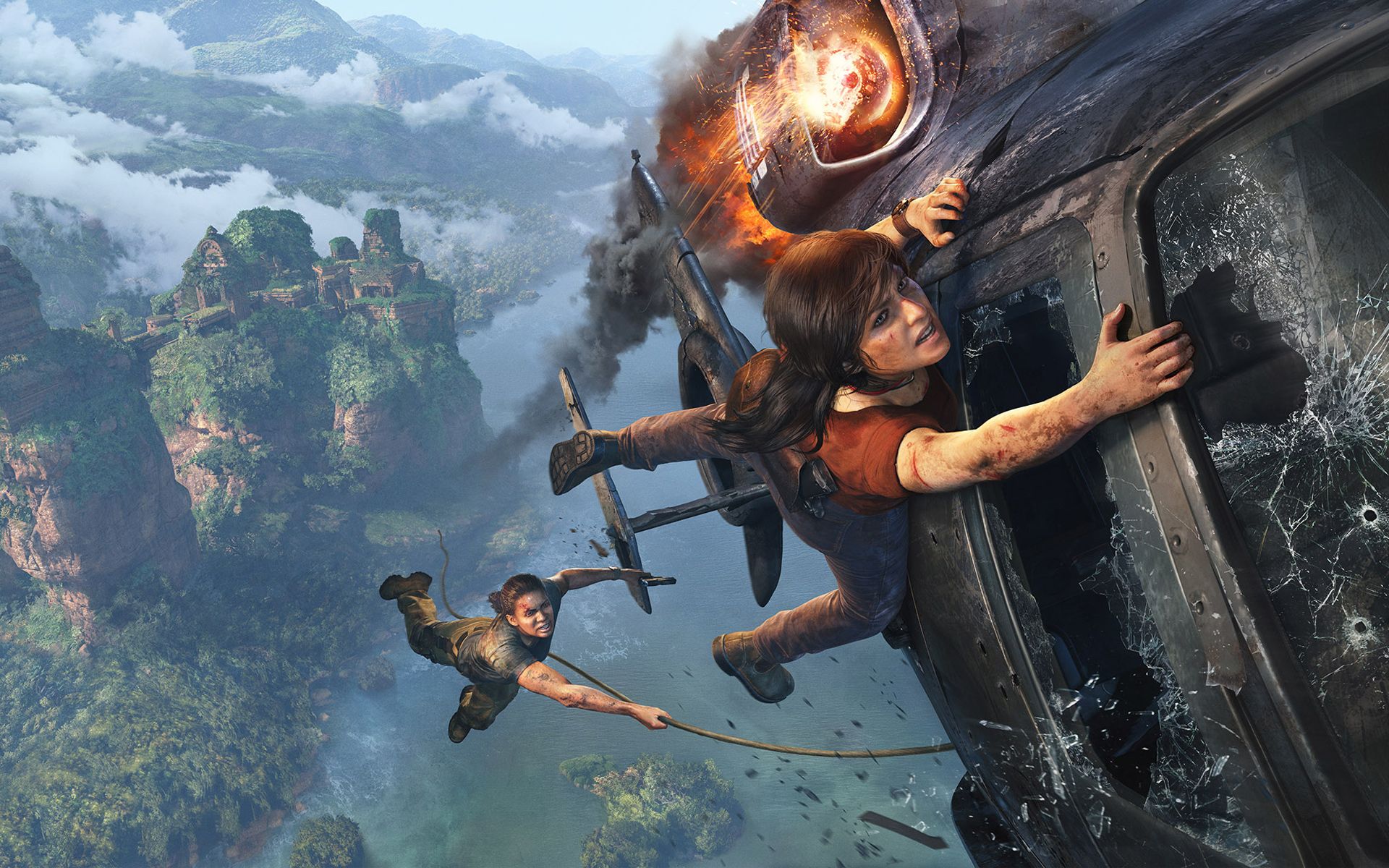 Chloe and Nadine would walk all over Nate and Sully in a fight, and this ambitious standalone adventure paints them in a light that makes them so much more than a one-note villain or a reductive romance for a male character to discard when his main squeeze rolls around. They’re given agency, development, and individual character arcs that mean something. If the future of Uncharted stands in their shoes, I wouldn’t complain. Play Lost Legacy, whether you dig out an existing copy or wait for the remaster – I promise you won’t be disappointed.