I’ve got my Transcendence ready to go, meaning that when Genji pulls his Dragonblade, I can protect my entire team by moving alongside him and nullifying all of the damage he’s trying to dish out. I used to be pretty good at Overwatch back when I played more regularly, so I’m patiently waiting for a specific sign – that telling dash up into the air to give him a clear view of the targets below him. “Ryūjin no ken wo kurae!”

Before he finishes his sentence, Transcendence is up. Our Reinhardt charges over and just bullies Genji, who is completely incapable of harming anyone. It looks like the odds are in our favour.

But it doesn’t matter. Sure, it looks as if we’re about to take the point and win the match, but then our McCree gets killed mid-Deadeye and rage quits. As soon as he leaves, xTRiCkSHOTZZ69x phones it in and it’s 6v4. We’ve gone from Manchester United to nine-year-olds who kick a ball around a waterlogged pitch on Sunday mornings. I hate it. 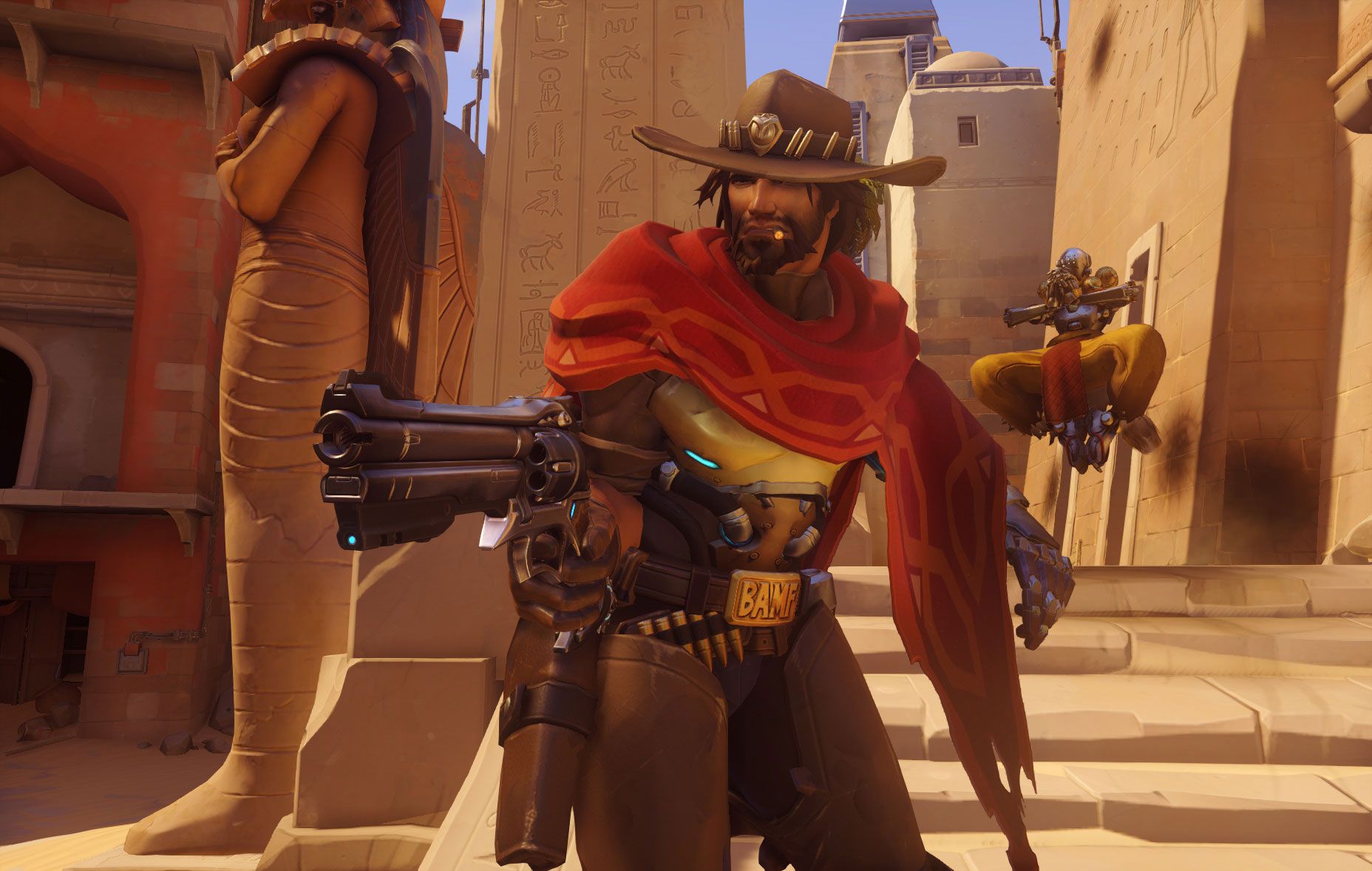 Overwatch is my favourite multiplayer shooter of all time, right up there with Halo 3. It’s also my favourite objective-based team game, which is why I have around 1,000 hours played in the first place. I used to regularly compete on teams with an average rank of high Diamond/low Masters, so I know what I’m doing. The thing is, Overwatch doesn’t reward you for that, which means every single game quickly becomes a massive pain in the arse.

I booted up Overwatch for the first time in a few months last night and it wasn’t awful. I mean, it was frustrating, but I had at least one team who genuinely cared about the objective and we won two matches in a row. For what it’s worth, I only really play Competitive or seasonal co-op events – Quick Play and Arcade aren’t for me.

After getting annoyed at Competitive, I found myself longing for those co-op events – specifically, the Archives ones where you proceed through a linear level taking on waves of enemies. I realized that, for me, the joy of Overwatch isn’t necessarily tied to competitiveness – it’s about facing reasonable challenges with people who are interested in working together, and playing a character you absolutely love the feel of.

Put it this way: I’m a Reinhardt main. I want to use my shield to close distances and control engagements. When I spot an opening, my job as main tank is to communicate that to the rest of the team so we can push forward as a unit. Ideally, the engagement process will go smoothly and I’ll have a support player keeping me healthy while I swing my Rocket Hammer as if I’m a massive, precision-engineered beyblade. I’ll synchronize my Earthshatter with a DPS ult so we can team kill and lock down the point. 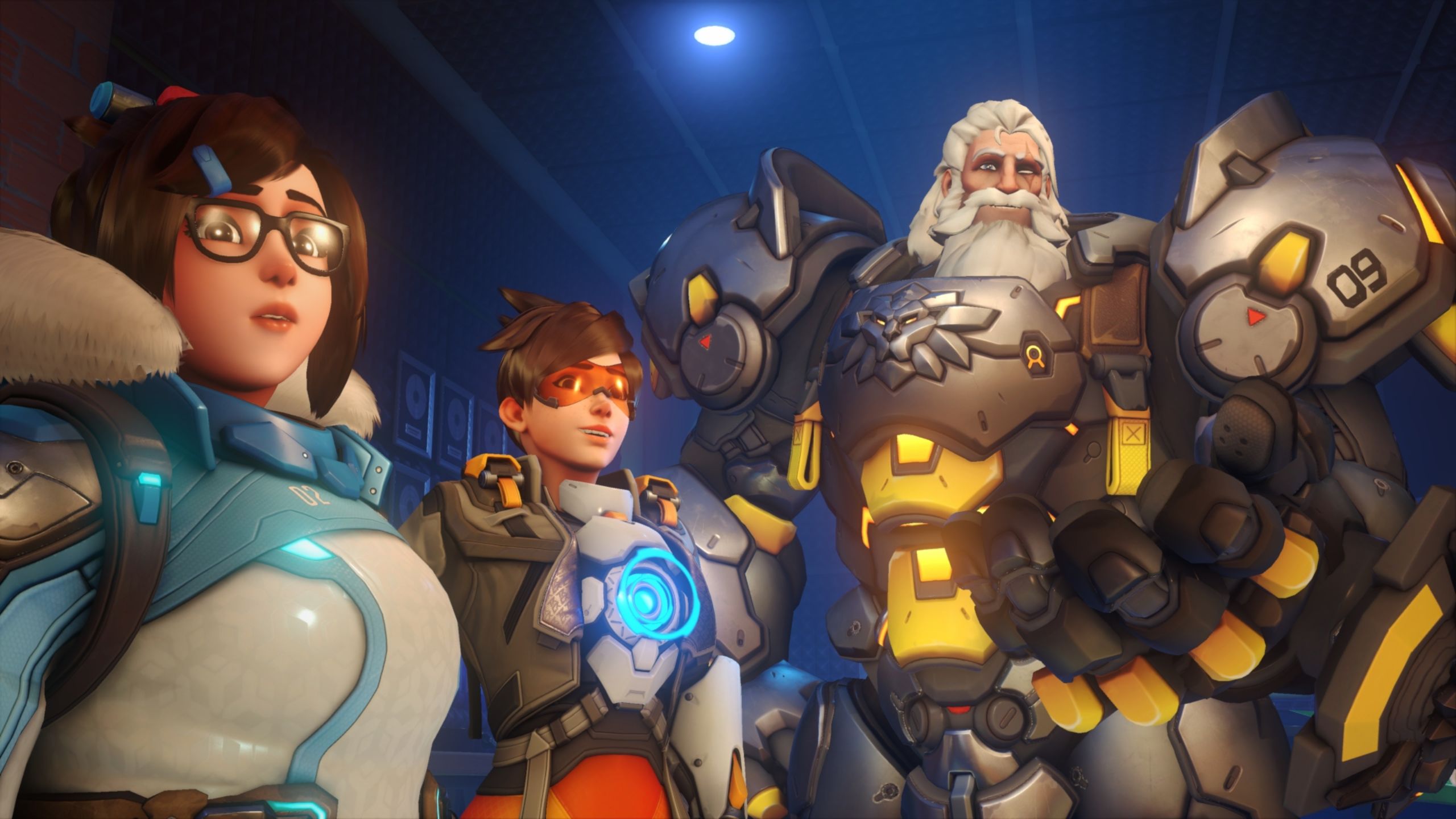 But in online play – specifically, PvP – this isn’t how it works. Unless you’ve got a full six-stack made up of you and your friends, chances are people won’t care much about cooperating. And so, that entire aspect of Overwatch that I love – knowing my main inside out and fulfilling my role in tandem with the characters I’m surrounded by – dissipates into thin air.

The whole premise of Overwatch 2 is to offer a campaign. It’s not going to reinvent multiplayer, which is already a successful esport and will likely stay the exact same aside from the kind of regular updates we get now. All I want is for Overwatch 2’s campaign to be a blown-up version of Archives, though, as opposed to something that is emphatically single-player or something that incentivizes over-competing. I want it to give you plenty of opportunities to pull off a sick Barrage, but I don’t want Valkyrie or Coalescence to become pointless vs bots with stupid AI. I want there to be actual reasons for choosing to play as Winston instead of Hanzo, or Lucio instead of Tracer. I want maps that allow for the kind of absurd synergy you see in Assault on Volskaya, as opposed to just arbitrary ult-spamming in the middle of a wave-based minigame.

So many people are focusing on what the story might be, or how a campaign might look based on the tidbits of lore we’ve garnered from short films and comics. I’d like to learn more about Reinhardt, sure, but that’s not what Overwatch 2 needs to be. It needs a refined combat loop that offers you the same thrills of Competitive play, but in co-op PvE. 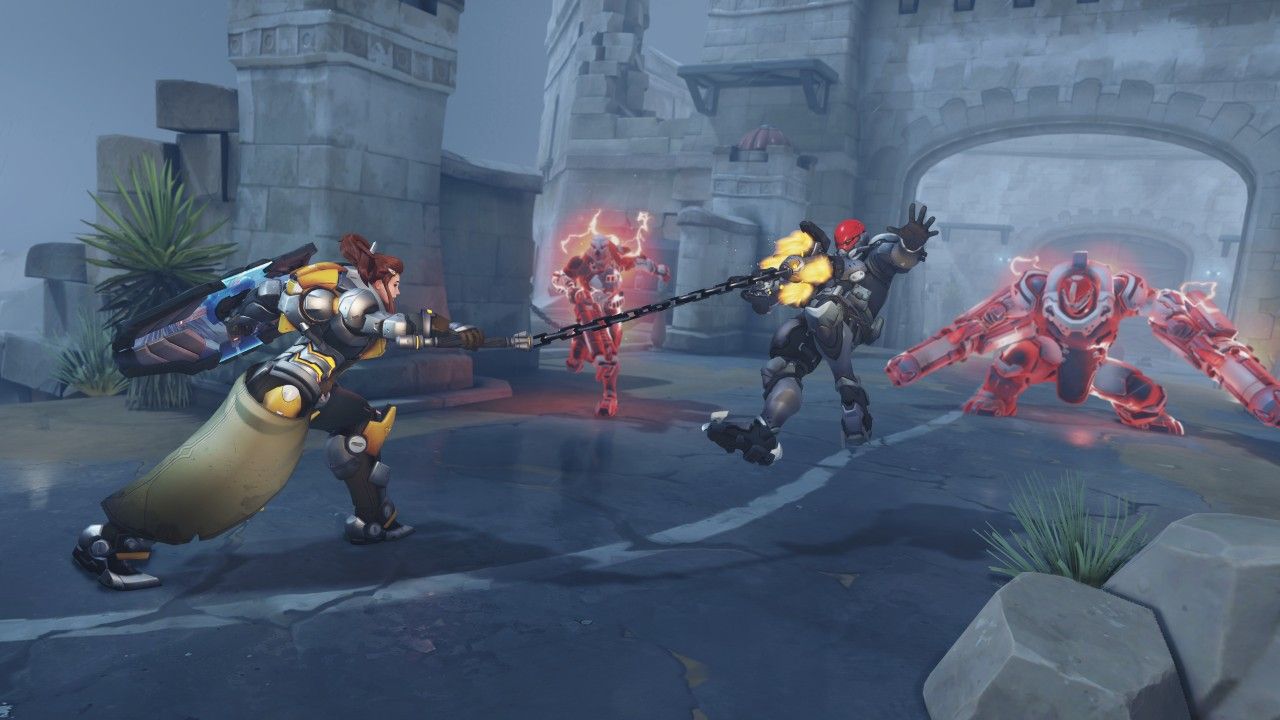 Basically, I don’t think a fixed, single-player campaign is going to work for Overwatch 2, if that’s what Blizzard is currently planning. On the flip side, a robust hero shooter with an emphasis on cooperative play could do phenomenally well. I’m thinking of Mass Effect 3’s multiplayer, where you get to choose a type of enemy, a map, and a difficulty. After that you consciously work with your teammates to take on waves of baddies while completing a variety of objectives. It’s so simple, and yet so effective, because the moment-to-moment satisfaction is completely tied to using your abilities. I still think playing as an Asari Vanguard in Mass Effect 3 was the most fun I’ve ever had in a multiplayer game – it’s a shame BioWare isn’t bringing it back for Mass Effect: Legendary Edition.

Overwatch’s biggest strength is how good its characters feel to play. Unfortunately, playing them online can feel unrewarding, specifically because of how toxic its player base is. Fortunately, Overwatch 2 has a unique opportunity to rectify this by offering the same high-octane gunplay without forcing you to hemorrhage SR purely because people on your team are being total dicks. It doesn’t need a complex story, or a million maps, or anything like that. All it truly needs is a basic, solid structure like Mass Effect 3 had, where you can run wild with your favourite heroes and use abilities to your heart’s content.

Once you let me combo my Earthshatter with somebody else’s ult, or give me a Zarya who bubbles me as I charge headfirst into a massive mech, I’ll be happy. Maybe I’ll even put another 1,000 hours in.

Next: How Mass Effect’s EDI Became “The Deadliest SOB In Space” 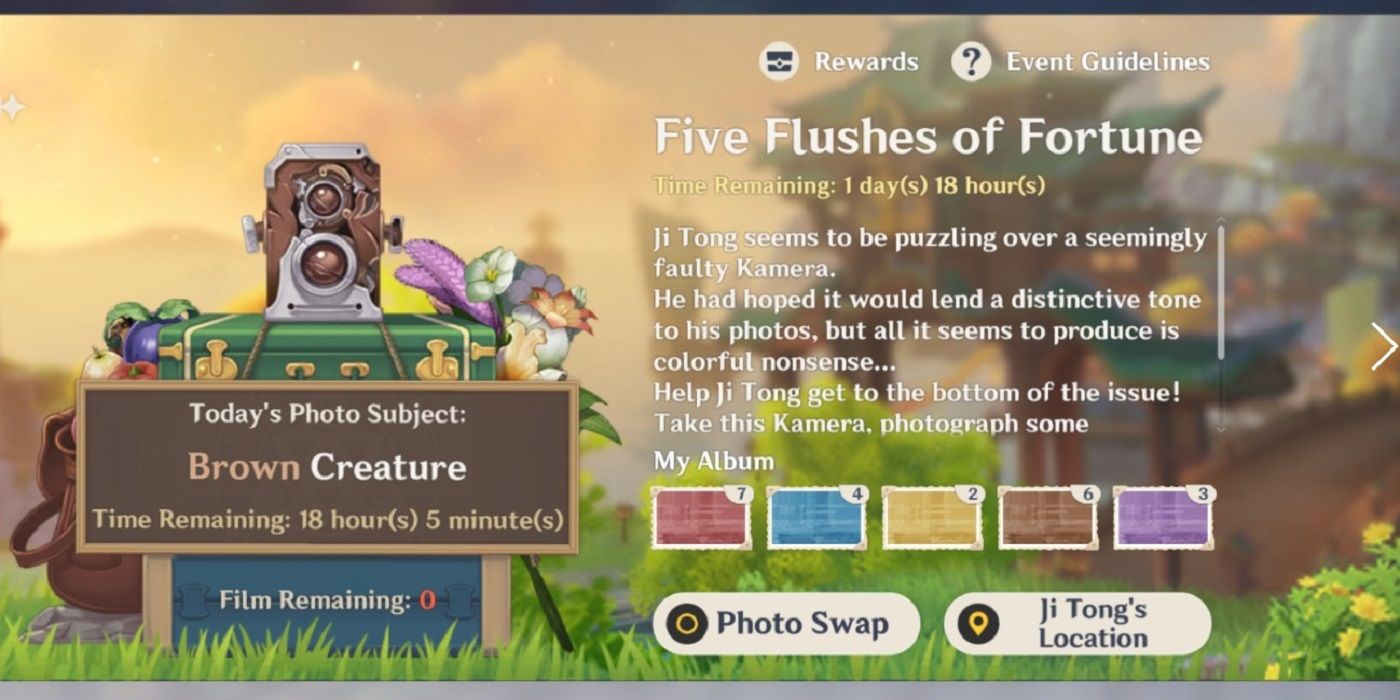