Profane, I thought to myself. How dare they sacrilegiously blaspheme the majesty of Mass Effect’s original Mako, a wonderfully clunky space tank that makes it feel as if you’re driving an anti-gravity concrete wall along roads made of cryogenic bubble wrap. This is a relic of late noughties game design, a staple of sci-fi that millions of people from all over the world loved to hate. When I heard that Legendary Edition was throwing the OG Mako controls out the window, I had half a mind to send my Xbox hurtling after them.

“Oh, hang on,” I said to myself two days ago, the uncertainty in my voice resembling a flat-Earther who has finally recognized that the world is, in fact, round. “This is alright actually. This is… Look, I hate to admit it, but this is better. Damn.”

Up until that point I had been a staunch defender of the original Mako. Don’t get me wrong, there are some things I said in anticipation of Legendary Edition that I stand by. Eden Prime is not half as atmospheric as it used to be, and Saren Arterius is still the best villain in the entire series. The Mako being too good to rework, though? I’ve had one of those quiz show buzzers that screams in robot every time you get something wrong wailing in my head for 48 hours. I feel like someone who said dinosaurs were fake before immediately being shown a T-Rex fossil. I was so massively, intensely, almost impossibly wrong, and now I’m being big enough to hold my hand up and say that yes, the new Mako is better than the old one. That still stings, but it’s true. 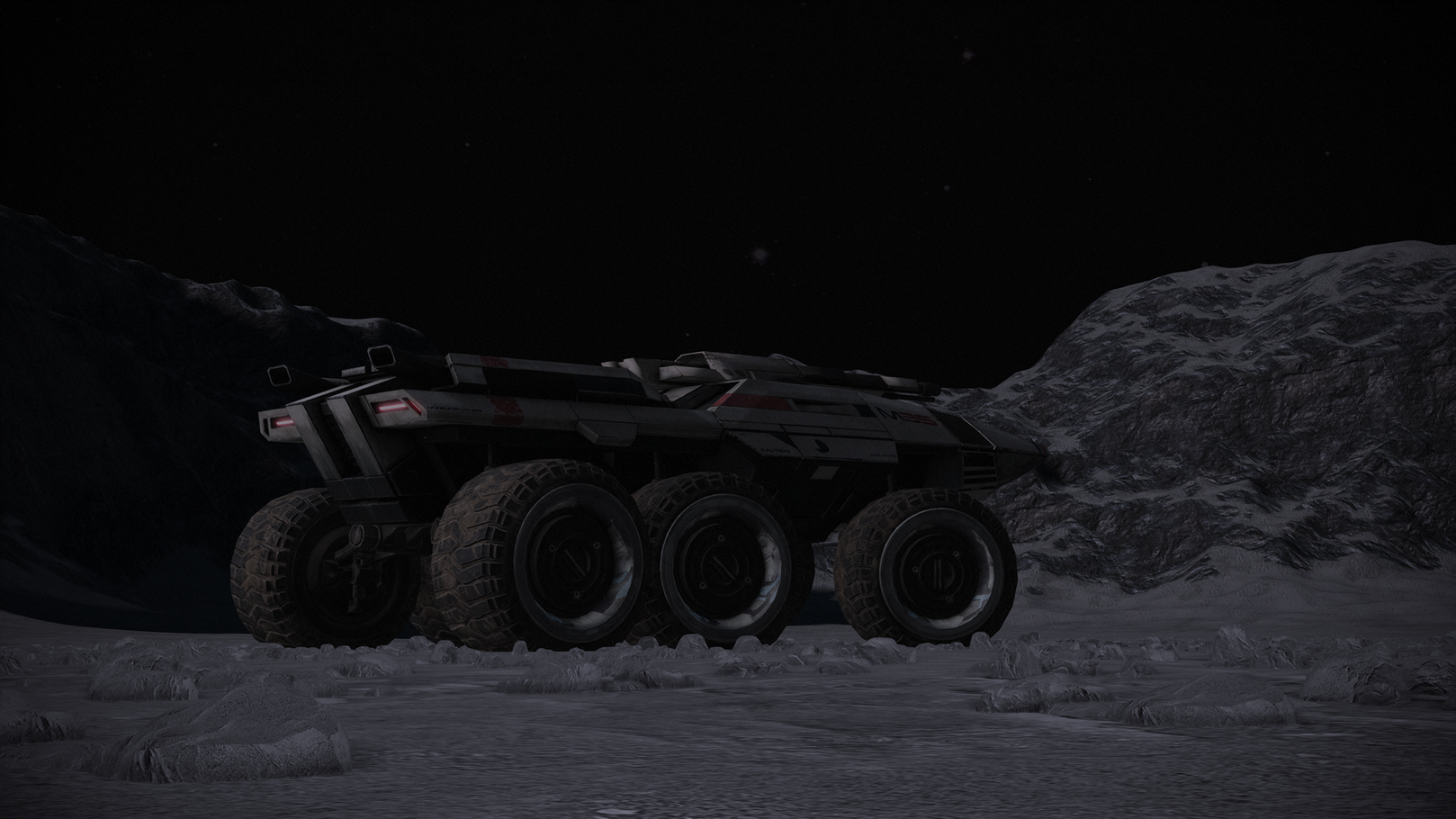 The best thing about Mass Effect’s Mako is that it’s not like Halo’s Warthog or any other space car designed to transport you across harsh planetscapes in a pinch – the Warthog is better than both the old and new Mako, for what it’s worth, but I digress. The Mako is rough and ready, an ugly looking six-wheeler with weird reversible axles and a main body that looks as if it’s been half-impounded and turned back to front. All of these things make it special. Driving on the moon is actually like driving on the moon, with stupid airtime and stupider explosions – it’s as if Michael Bay was allowed to direct one (1) scene in Alfonso Cuaron’s Gravity and this scene was used for every second the Mako appears in Mass Effect.

All of this has been carried over to Legendary Edition. The main difference is that it’s a little bit less ready to bounce of its own accord, but it will still fight you. The guns are better too, which is admittedly the case with the entirety of the first game in Legendary Edition. But the handling is smoother without compromising on atmospheric feel, or planetary context. It’s still difficult to steer at times, but it’s responsive. If you have any idea how to reverse a car or gauge speed on a gradient, you’ll flit from beaches to bases as if you’re on a casual Sunday drive as opposed to, you know, spinning around a space jungle on the verge of being thwacked by a 50,000 year old god machine.

I’ve been on team original Mako ever since I heard it was being revamped for Mass Effect Legendary Edition. But do you know what? I was wrong. I was an idiot and I know better now. Mass Effect Legendary Edition has the best Mako around town, and if you try to disagree with me, I’ll drive the new one over whatever machine you’re playing on so you can’t drive either of them. How do you like those apples, eh? New Mako for life.